Vince and Monica Strawbridge, along with their kids, Georgie – 14, Henry – 15, June – 17, and Aiden – 19, completed their Triple Crown on June 21st, 2021 with a NOBO finish of the Appalachian Trail, making them the largest family to do so. 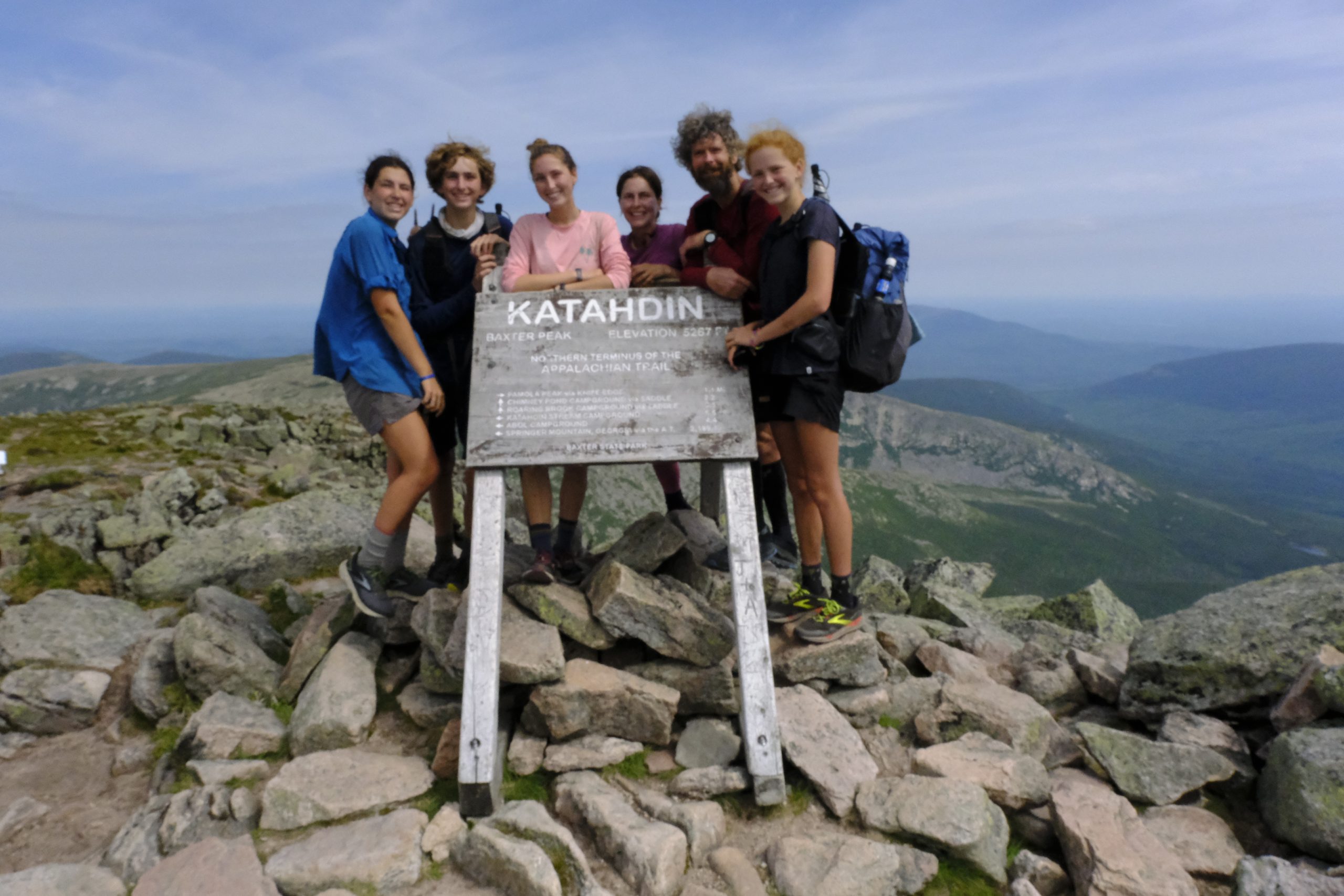 Vince and Monica Strawbridge started taking their four kids camping after the 2008 housing crisis as an inexpensive way to take a family vacation. Before long, car camping turned into backpacking and the thru-hiking seed was planted. The idea grew, specifically with Monica, who dreamed of thru-hiking after her kids were grown and out of the house. It was on a multi-day hike in the Smoky Mountains that Vince turned to his wife and said, “Hey, you know that thru-hike you’ve been dreaming of after the kids are gone? What if we took them?” The next year, in 2018, the family embarked on what would become the first of their Triple Crown hikes: the 2,650-mile Pacific Crest Trail. 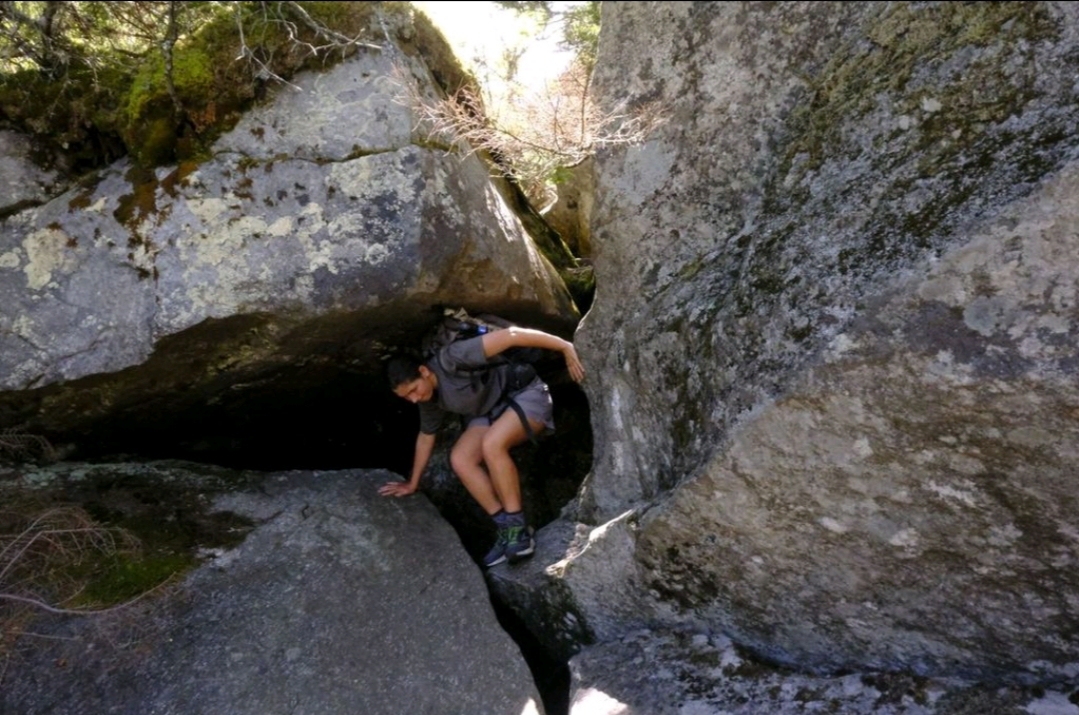 Achieving the Triple Crown means thru-hiking the country’s three major long trails: the Pacific Crest Trail, Continental Divide Trail, and Appalachian Trail. It was never the Strawbridges’ intent to go for all three, but after completing the PCT, they were hooked. “Just getting to be together in that intense way of doing life was pretty significant for that first hike,” said Vince. “I wandered around in a fog for a while after the PCT,” he continued, “It felt like something left unfinished.”

Going for the Triple Crown

In 2020, the Strawbridges completed a southbound thru-hike of the 3,028 mile Continental Divide Trail, widely considered the most difficult of the triple crown trails. Working within a narrow window of passable weather, the family developed a habit for high-mileage days. They would wake with the sun and hike until they were tired, navigating mountain passes, deserts, and their relationships with each other along the way. The relative seclusion of the trail made for an epic adventure and an intense challenge, preparing them well to finish out the Triple Crown with the Appalachian Trail in 2021. 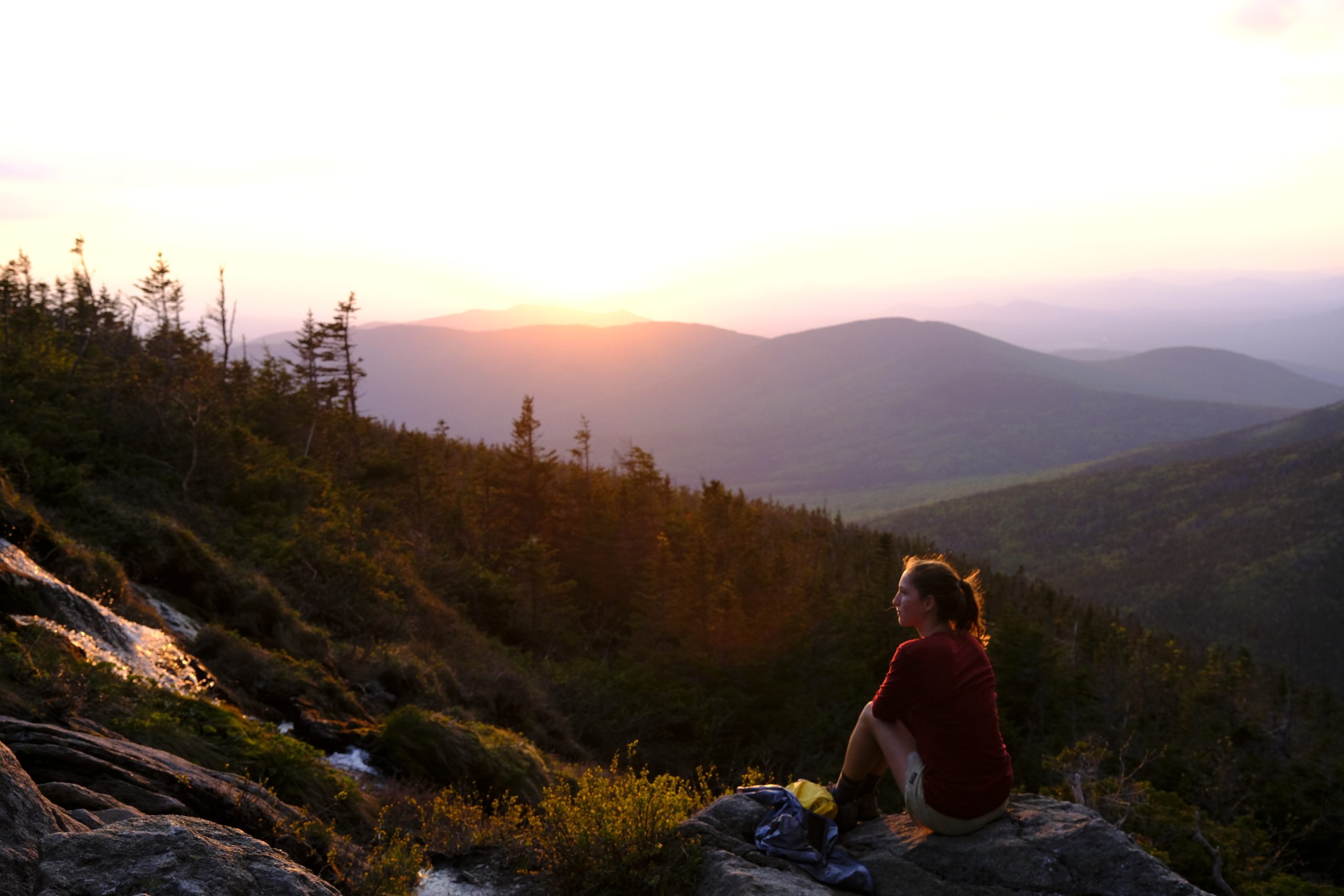 The Strawbridge family started their northbound hike of the Appalachian Trail on March 1st of this year. That’s the most popular start day for the most popular long trail in the country, a far cry from their secluded experiences on the PCT and CDT. But with thousands of trail miles already under their hip belts, the family quickly outpaced the northbound “bubble” of hikers who were still getting their trail legs. They completed the trail in just under four months, a pace reflective of their years of experience and the motivation they gain from one another.

More Than a Family Affair

Winding through trail towns, the AT is the most accessible of the Triple Crown trails. The Strawbridge family took advantage of this by inviting countless friends and family from their home state of Florida to hike sections of trail with them. They even brought along another family, the Bakers, for the first 115 miles of trail. Caden Baker, 14 years old, hiked the entire trail with the Strawbridges, instilling a love of adventure and earning him the title of thru-hiker. 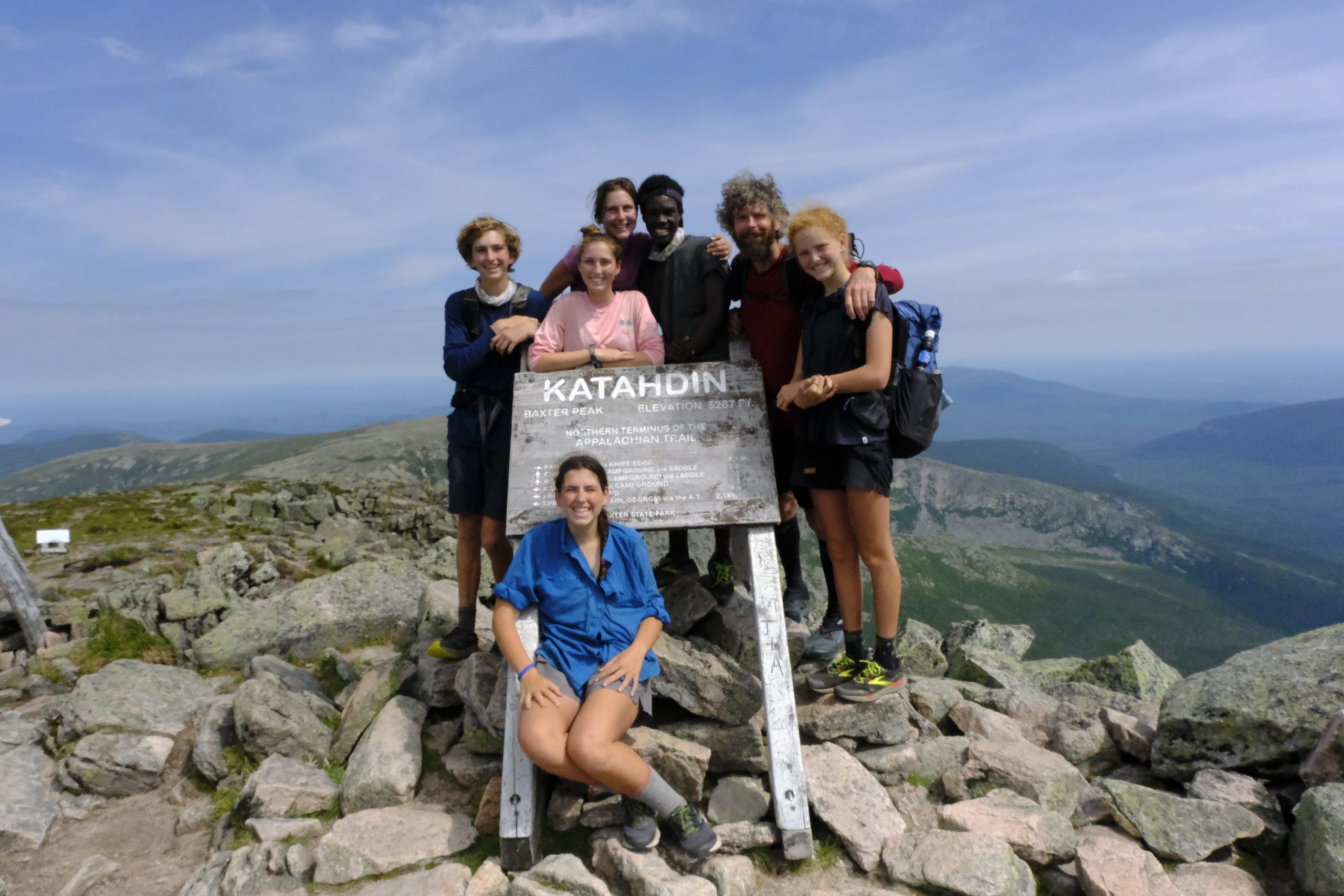 As a community-oriented family, getting to share the thru-hiking experience with so many people meant a lot to the Strawbridges. “Visitors from home give us an extra reason to keep going.” said Vince. “They are markers along the way, more important than miles. When they come, they bring a bit of home with them. When they go they take some of what we are doing back with them in a way that social media posts can’t. It is always worth it, but when they go we feel a loss, that takes days to recover from.”

A visit from home was even counted among June Strawbridges’ happiest moment on trail. With 300 miles left to go, the kids’ cousins came out to surprise them. “I had been really missing them and going through a phase where I just wanted to quit and go home,” explained June. “I didn’t want to finish, I just wanted to go home. And that really helped me.”

Growing Up On Trail

By now, the Strawbridge kids have spent a good portion of their childhoods on trail. Growing into young adults, they’ve started hiking faster than their parents and developing their own interests and personalities while on trail. Aiden, the oldest of the four, was the only Strawbridge in traditional high school while the younger three are homeschooled. With Monica as their teacher and the trail as their classroom, the kids received a one-of-a-kind education, but they joke that they’re ready to “retire” and get back to normal. Aiden is looking forward to going to college, a rite of passage that she’s delayed by two years to complete this adventure with her family. 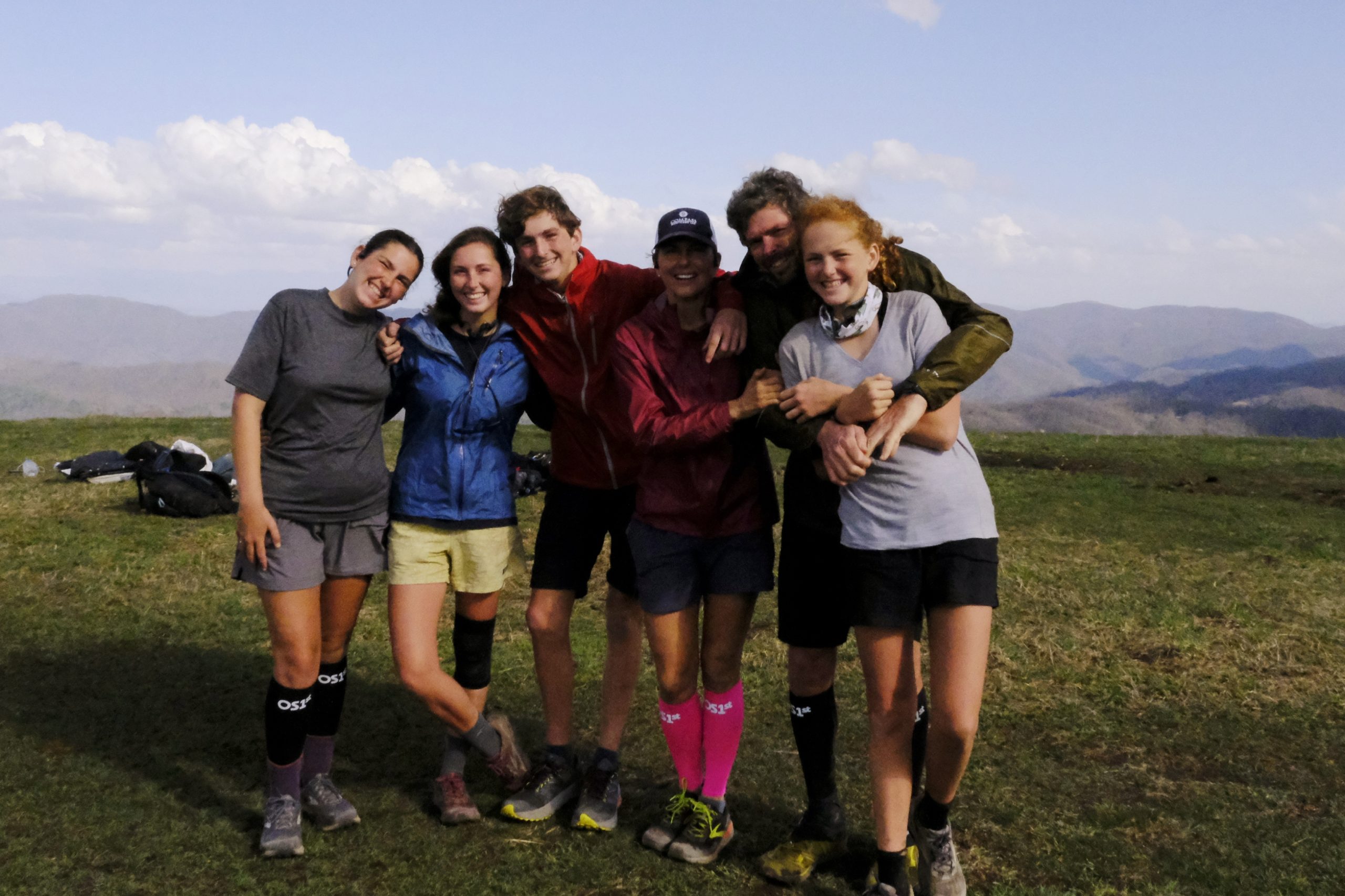 Talking with the family, it’s clear that while the kids might be done with trail life for now, their adventuring days aren’t behind them. When asked which of the three thru-hikes was the most difficult, the whole family resoundingly said the CDT. When asked which was their favorite, it’s no surprise that they all agreed, it had to be the CDT.