Surviving a Stroke in the Backcountry: Hiker Recalls Near-Fatal Nightmare

Any backpacker who has spent an extended period of time in the backcountry has experienced the paranoia-drenched questions that come when you talk about backpacking to anyone who isn’t a backpacker. Bears. Snakes. Hypothermia. Serial killers. All legitimate concerns to anyone who doesn’t have a couple hundred miles under their belt. But Troy Hamilton Burker experienced something even the idea of which would turn the most experienced backpacker’s stomach into an icy pit of terror.

In the summer of 2018, while solo hiking the Washington section of the PCT for the second time, Burker woke up in his tent with the realization he was having a stroke. Unable to move, he sat in his tent for an hour. To make matters worse, he could hear the voices of other hikers passing his tent but couldn’t signal for help in any way. When he was finally able to move, he realized he couldn’t bank on outside help coming for him. So he hiked ten miles to the closest road while experiencing a host of horrific symptoms, from hallucinations to vision so blurred he couldn’t read his map. He was finally able to flag down help and get to a hospital over half a day after his ordeal began.

Eight months later, Troy is still recovering, but remains unfailingly positive and is excited to return to the Pacific Northwest soon. He chatted with The Trek about enduring a hiker’s worst nightmare and keeping your wits about you in a crisis. 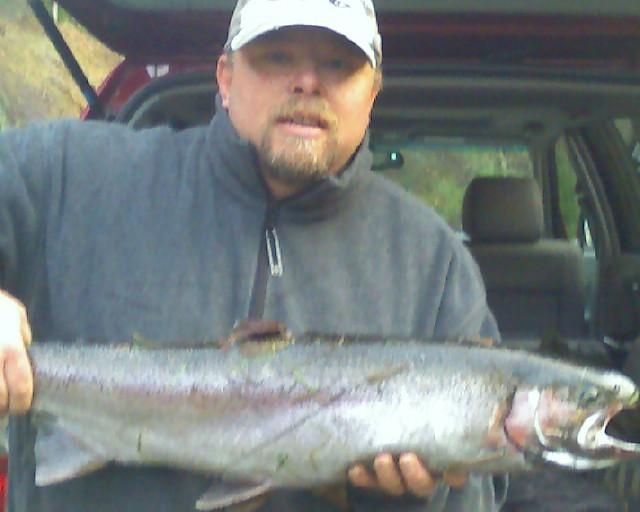 Troy Burker in an undated photo.

At the time, were you certain you were having a stroke, or did you just know something was very wrong? If you were certain, when did you realize what was happening?

It was very apparent something happened in my sleep. Because of the no-speech thing and the blurred vision, my first thought was a stroke. This brain injury was like no other injury I’ve ever experienced, compared to a localized injury such as a sprained ankle. Everything was affected: speech, vision, motor skills—any dexterity was gone. The amazing thing was that I was still able to reason and make choices. In my mind I was completely aware of what was happening; my body just would not cooperate. I had no pain, and I never had to fight the urge to panic.

How long was it between when you realized something was wrong and when you got to a hospital?

I think I woke up around 5 a.m. I remember sitting there for an hour or so; I was able to crawl. I was able to pack up all my stuff in case I wasn’t able to make it out and would have to spend another night. I didn’t want to become hypothermic too. I was able to stand up and walk after the road leveled out. I must have looked drunk. I still can’t believe I walked a dirt road for all that time and no one ever drove by. When I got to Snoqualmie hospital it was just getting dark, so it was a good 12 to 14 hours.

People always say they don’t know how they would react in a crisis. You could have wasted a long time waiting for help or wringing your hands in panic, but instead you were proactive and rescued yourself. Would you have expected that of yourself beforehand?

Self-rescue seemed to be the only option. When I got to the road I did take a short break. Trying to read the map and hydrating mostly. I didn’t have the dexterity to treat the water from the creek, so I was drinking untreated creek water. Sitting on the road with an unknown distance in front of me, I did consider just sitting there and waiting for someone to drive by. But as it turned out no one drove down that road all day.

When you got to Highway 90, did people understand what a bad situation you were in? Did the person who picked you up understand?

I went to the on ramp and started hitchhiking. When I stuck my thumb out I could hear a few cars step on the gas and speed away. Then Jeramy stopped and asked if everything was OK. I was able to say the word stroke. He wasted no time stuffing me and my pack in the truck. Jeramy was some kind of construction guy and he had hazard lights atop his truck so when traffic got heavy he used them and drove around traffic for miles. I really didn’t want to die in this guy’s truck, and I’m pretty sure he was thinking the same thing.

Fourteen-plus hours is such a long time to endure all this. What was your thought process during that time? Were you confident you were going to make it out?

Every step on the way out was a continuous effort. Every step. I knew that I had to put one leg in front of the other no matter how many times it took.

What’s the best advice you have for someone experiencing a medical emergency in the backcountry?