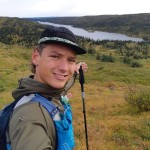 A Place of Freedom

The Groulx mountain region is the most southerly alpine tundra in the world in terms of superficy.

Located in the northern part of the province of Quebec, this mountain range extends over 1000 square kilometers. The particularity of this hiking environment is the total absence of any path or indication allowing orientation, coupled with the fact that the whole range is one big alpine plateau, with very little trees. It is virgin territory, freedom in its purest form where I learned both about trekking, but also a lot about me as a hiker and as a person. I consider the expeditions that I often undertake in these mountains as moments of reconnection with myself. Over the years, I’ve been testing my backcountry skills several times in this hostile region. Either on foot or by ski, I familiarized myself with the mountains, the lakes and the terrain until I knew this territory like the back of my hand. Over the years, this acquired knowledge has allowed me to gain confidence and thus push my limits in this unknown environment.

On the flip side, no matter how prepared and experienced you are, there are certain things in the wilderness that you cannot control that can change the heartwarming aspect of the surrounding nature in hell. 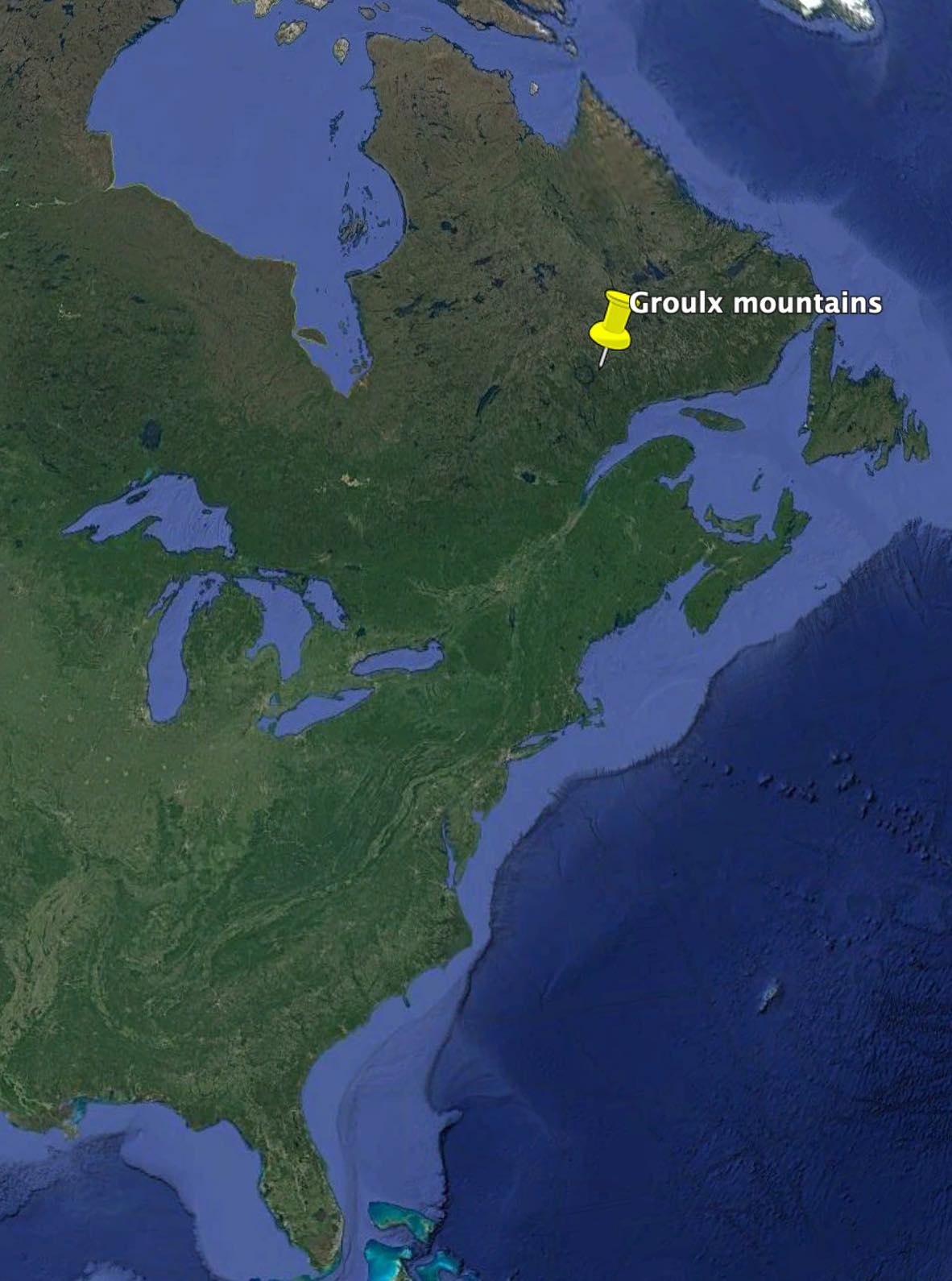 The traverse, taking the most direct route, is about 50 kilometers long.

Fifty kilometers on skis, three days, and two friends. My partner and I decided to take on this big challenge in early March. Mentally and physically prepared, we packed out our bags and went out on this journey.

Twelve hours of driving later, we were there. A dream to come true. Because we were only carrying four days of food, the main objective was to cross quickly and, against our will, not to spend too much time skiing interesting lines. Our route was drawn across the most open and cleared places in order to be able to maximize the speed of movement. Most of the time we planned to ski on the lakes for the fast travel and easy navigation, as well skiing on the peaks where the snow was windblown and hardpacked to  avoid straining in more than 1 meter of powder at lower altitude, in the trees. If the weather is bad, we would have to ski down to reach the treeline. The weather forecast announced a big wind and snowstorm taking place on the first day of the trip, but the weather was supposed to be good aferwards.

We were ready to face mother nature. We thought so. 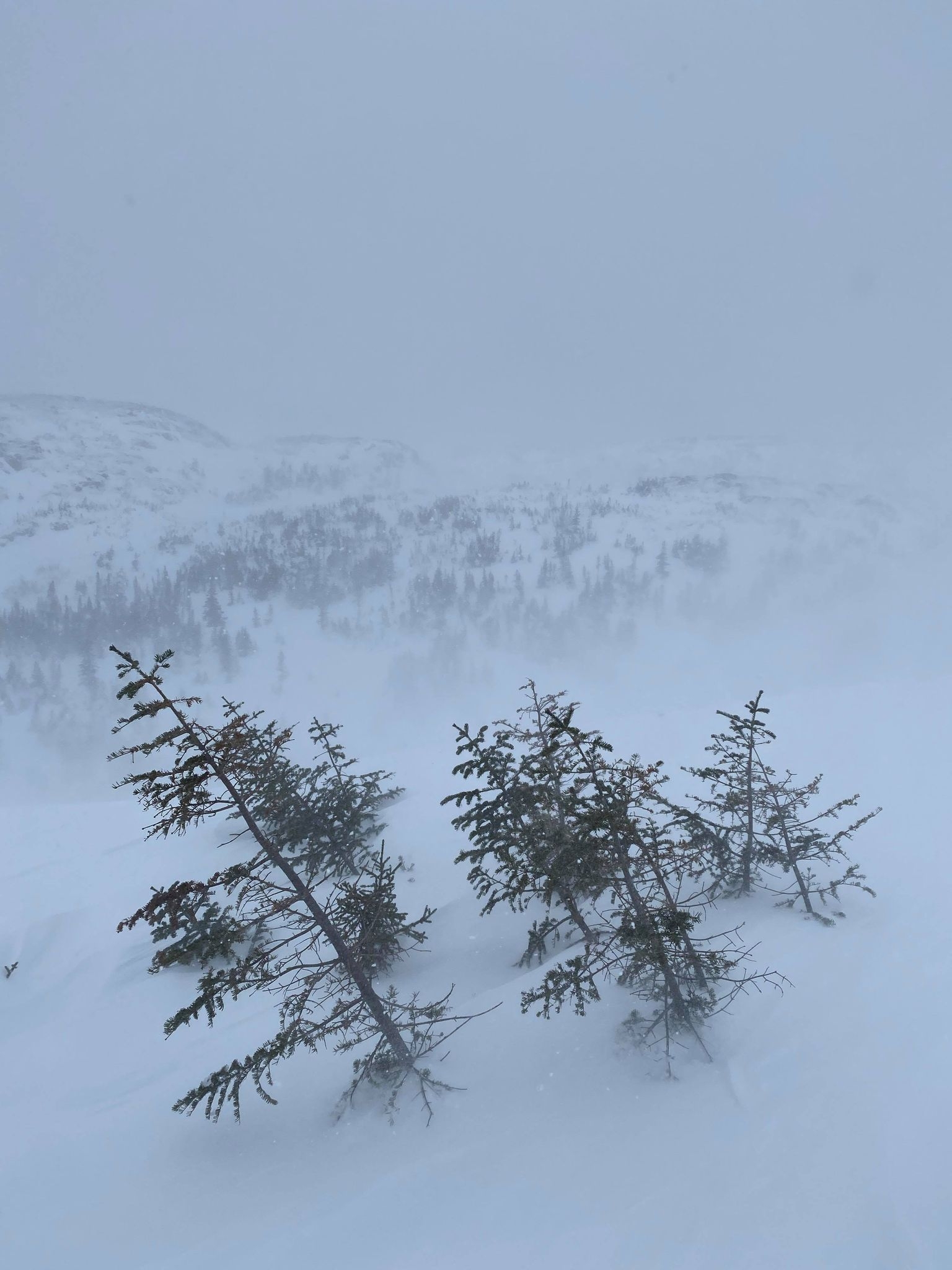 The tundra smiling at the camera.

No cellphone service at all, the nearest town is more than three hours away by car.

We carelessly started the trip bursting with energy. We got into the alpine zone quickly and started the journey following our itinerary. The weather was really bad, but manageable. We were dealing with temperatures close to -20 degrees Celcius and high winds in a big snowstorm. Everything went according to plan, and we got to camp safe and sound. We ate, rested, and slept dry in our tent next to a majestic frozen lake thinking the worst was already behind us.

This was just the calm before the storm. 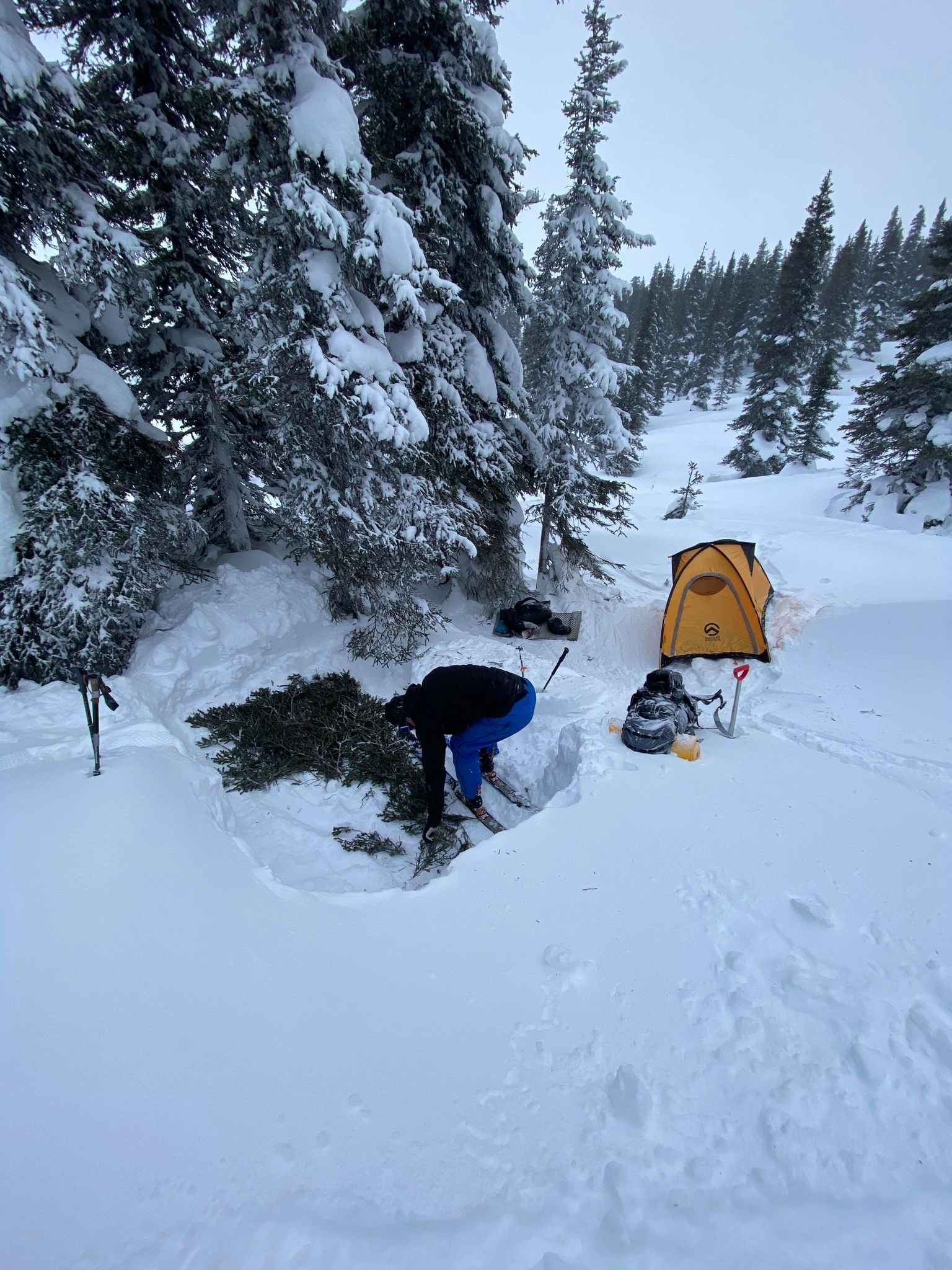 We woke up the next day in a tent covered by a half feet of snow. I looked out the window to realize that the storm was far from over. It had gotten bigger. The inside of the tent was full of ice and hoar frost, as the humidity from our body had been trapped in our tent, freezing on our sleeping bags as it entered in contact with the cold air. We put on our frozen ski boots, packed our wet stuff back in the backpack, and started moving so we could gain a bit of warmth. 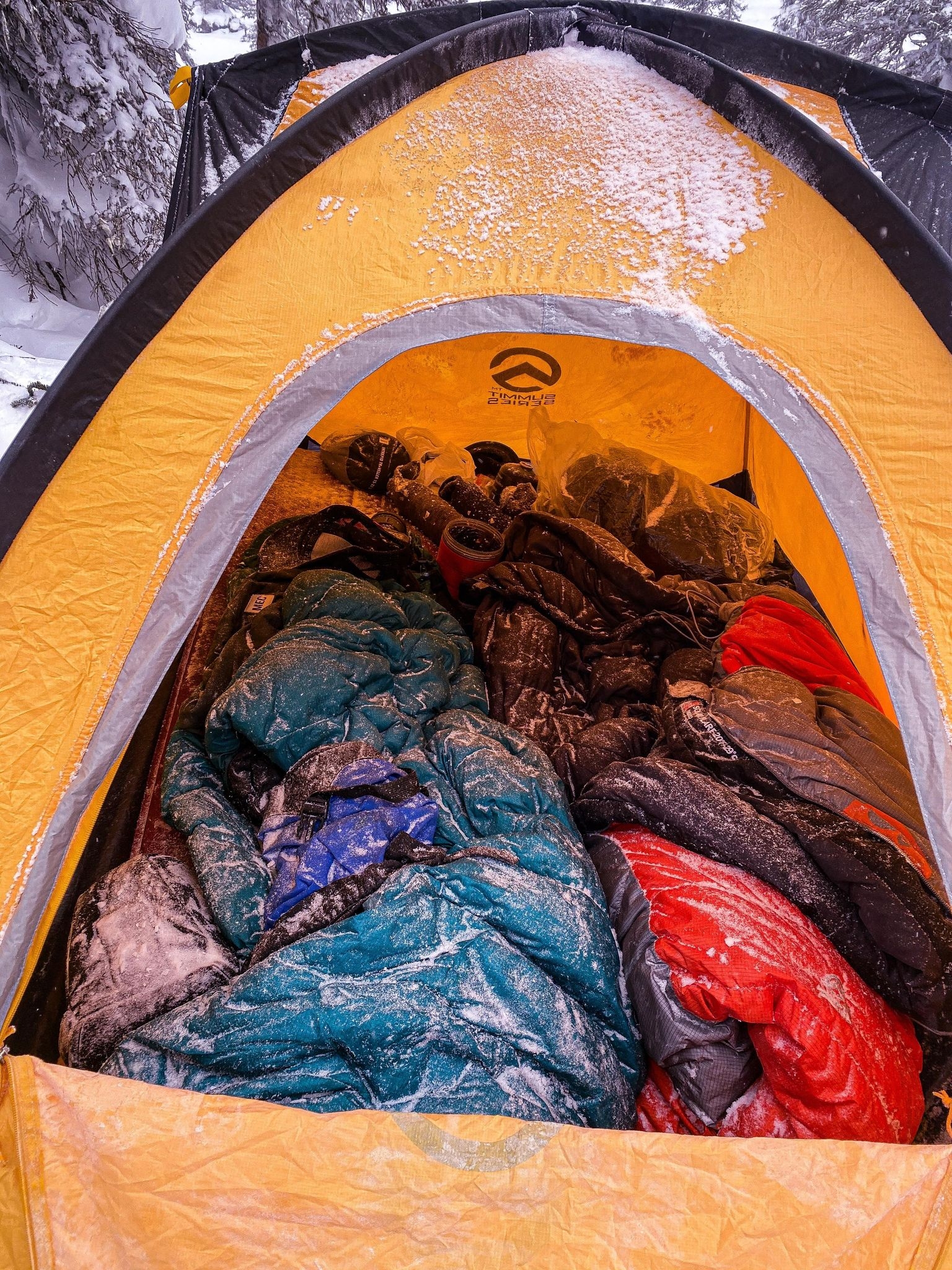 On this hard day, we were still thinking of taking the planned route, which consisted of crossing several lakes located high up. We reached the alpine zone about half an hour later to realise how bad the storm actually was. The temperature dropped close to -40 degres Celcius with gust of winds approaching 100 kilometers an hour. As a result, the wind made us fall frequently. We got caught in a blizzard where we could barely see each other. We were moving extremly slowly, constantly forced to stop to shake our extremities in the hope of gaining a little heat. This couln’t go on forever. We would freeze to death. We took the wise decision of turning back and getting back to our last tent site, which felt like it took an eternity.

It took us four hours to ski five kilometers. I never realized how hard it can be to move in the tundra following no trail. We got back to camp frostbitten, exhausted and demolished.

At this moment, I looked at my partner and told him, this isn’t camping anymore. It’s survival.

We had to get out of there. We spent 18 hours in the tent waiting for the storm to stop almost without sleep as our sleeping bags were all wet from the night before, making it nearly impossible to build up some heat. The next day, we had a window as the winds had calmed down. Giving a final push, we stayed low in the forest following streams and lakes to get back to the car, completly drained from this egress push. We gave everything.

Looking back, I can say that I am really proud of myself for everything we went through and for everything I learned in this unique experience. After all, the best decision to take in the mountains is the one that is gonna keep you alive. 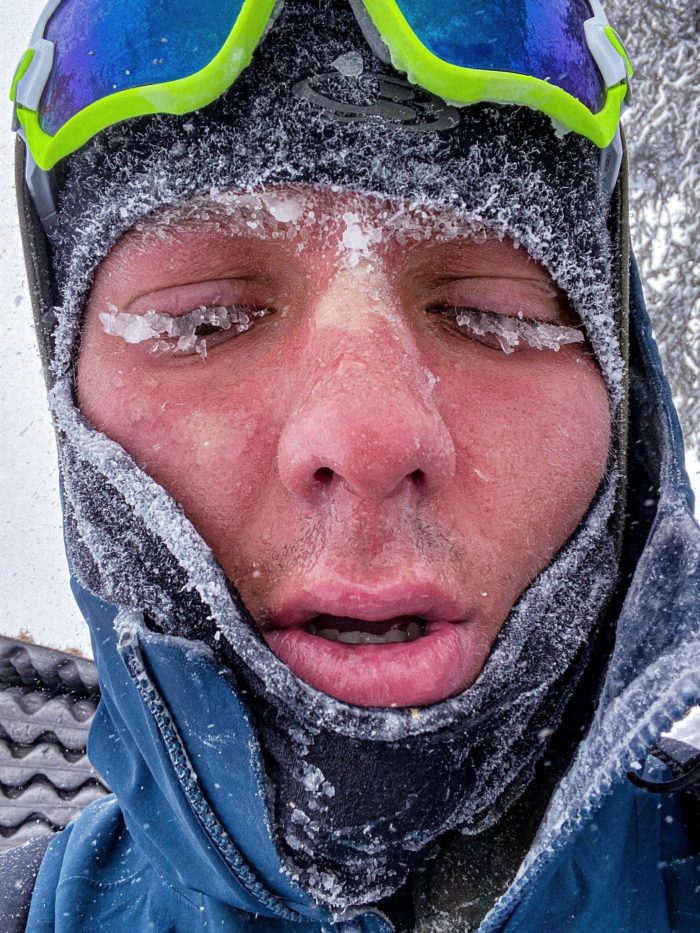 19 Must-Have Gear Items According to 2021 Thru-Hikers

Backpacker Radio 109 | The Real Hiking Viking on The Hayduke

Just a 21 year old French Canadian kid about to take on his biggest challenge ever. I'm looking forward to thru hike the Continental Divide Trail this year. Stick along !