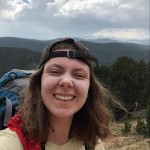 When I got ready to ski on Monday, January 18th, 2021 I did not know that it would be the last day I walk pain-free for months. Later that day I fell, and as I fell I heard my left knee pop. In the seconds it took my torso to hit the ground my brain did some quick math: pop = torn ligament. Weeks later my surgeon would gesture to different blurry white lines on an MRI, “this is your MCL, and now back here you can see a bit of the PCL,” then moving to the center of the image, “this is where your ACL used to be.” 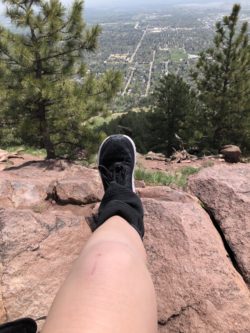 After a major injury, there’s an initial wave of shock. Plans must be canceled, work left incomplete, and pain managed. Following that wave, you gradually enter a steadier state of healing where it’s easier to be deceived into thinking that you’ve done it. All the processing? All the lessons? You’ve figured it out. All that’s left is to exercise until your body feels like it did before and does the things that it was doing. While this thought process is comforting for a time, it’s also not an authentic reality for many people. The hard truth is this- you may never be the same as you were before the injury.

Injury is as much a mental game as a physical game, if not more.

Like many folks, I was determined to return to the activities I loved as quickly as safely possible. To my surprise, I found that even when my therapist cleared me, I was hesitant to try new things again. When the time came to lose the crutches, she had to convince me that I could bear my weight. Even though I desperately wanted to walk freely and was physically able to do so, I feared it.

The immediate lesson my accident taught me was not to trust my body. The thing I relied on to do most everything had failed me and could do so again at any moment. While cognitively I recognized this as a poor and inaccurate takeaway, I still felt it.

I had thought each new milestone in returning to my life would be joyful, but ultimately most of them were unpleasant.

Nearly four months after surgery I slipped and fell for the first time. It was a small fall, landing on my butt on a muddy decline, and though I was physically fine I did not stand up right away. Instead, I cried. It wasn’t pain that made me cry, but fear. Though I was fine, for that split second not only was I falling, but I thought that I was going back to the place I had been. That my ACL would again be gone. 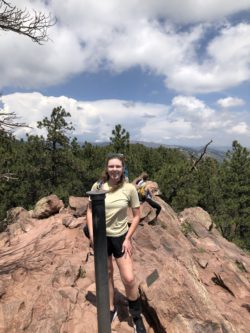 The day after the fall my knee swelled up again. It was tender to the touch and was sore as though I’d run a marathon. My physical therapist told me that it was normal. My body had attempted to protect what it saw as a weakness by tightening all adjacent muscles so fiercely that it caused damage greater than what it would have been if I’d just fallen limply. She also told me that this response would lessen in time. It has improved, and I have fallen many times since then.

Understanding your limitations following an injury is important, but at some point, you simply have to leap.

The grass is greener on the other side, even if the journey is scary, trust me. I do not regret pushing through the fear and discomfort, just as I do not regret taking to the slopes that snowy Monday. Even if that means a great deal of public crying. I firmly believe that a life without pursuits may not be worth living. It took practice to trust my body, and ultimately find joy in its movement again.

Nearly one-year post-op and on the precipice of an AZT attempt I find myself facing a similar set of obstacles, and flickers of doubt linger as to whether I am asking my replacement ACL (formerly a quadriceps tendon) to do too much too soon. Can I trust it? The professionals in my life say it’ll hold, and I’ve done what I can to mitigate risk. So now I leap.

Whitney (she/her) is a lifelong outdoorist currently enjoying the world from luxury accommodations provided by her 2013 Honda Pilot. When she's not wandering the mountains on foot, she's moving downriver via whitewater kayak. AZT NOBO '22.