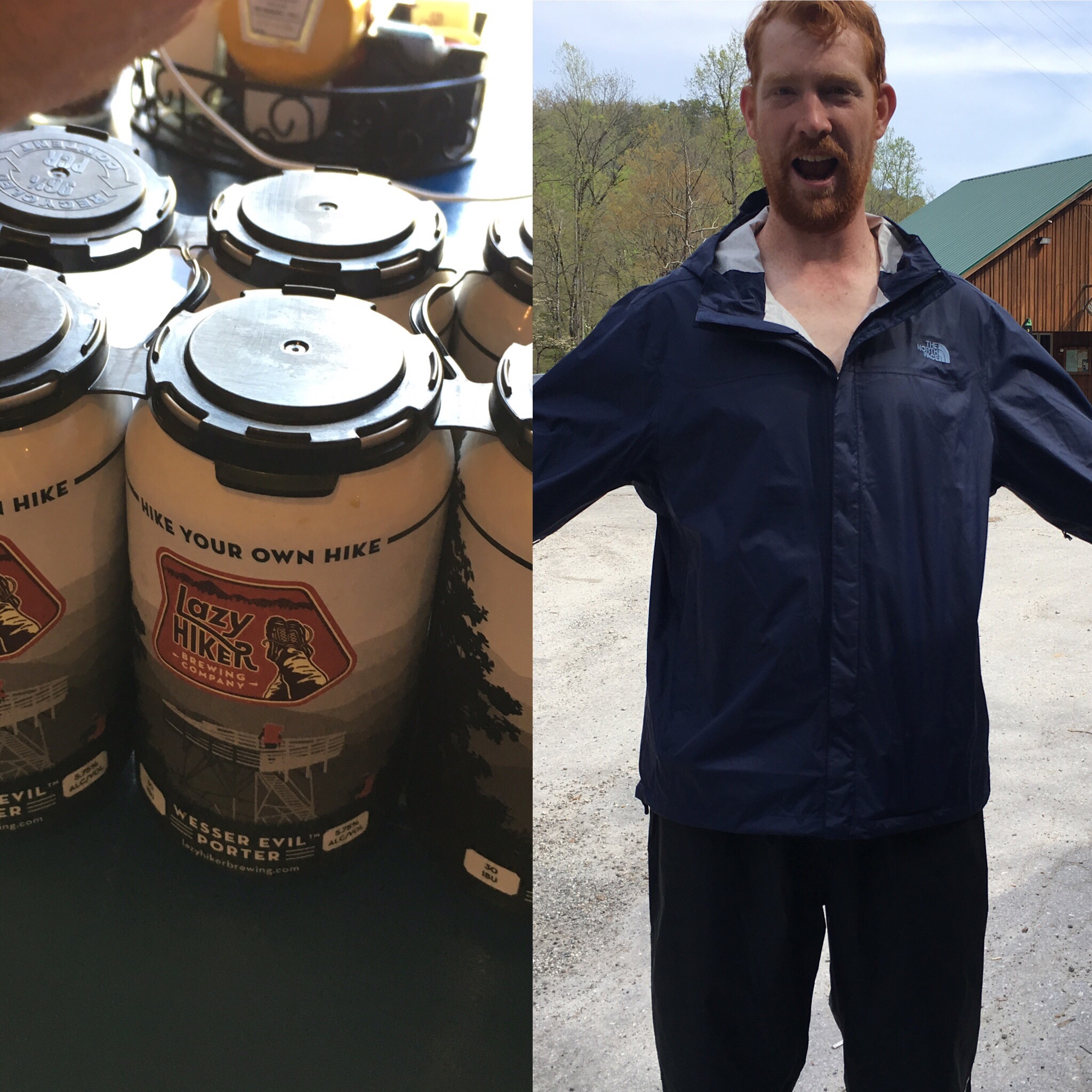 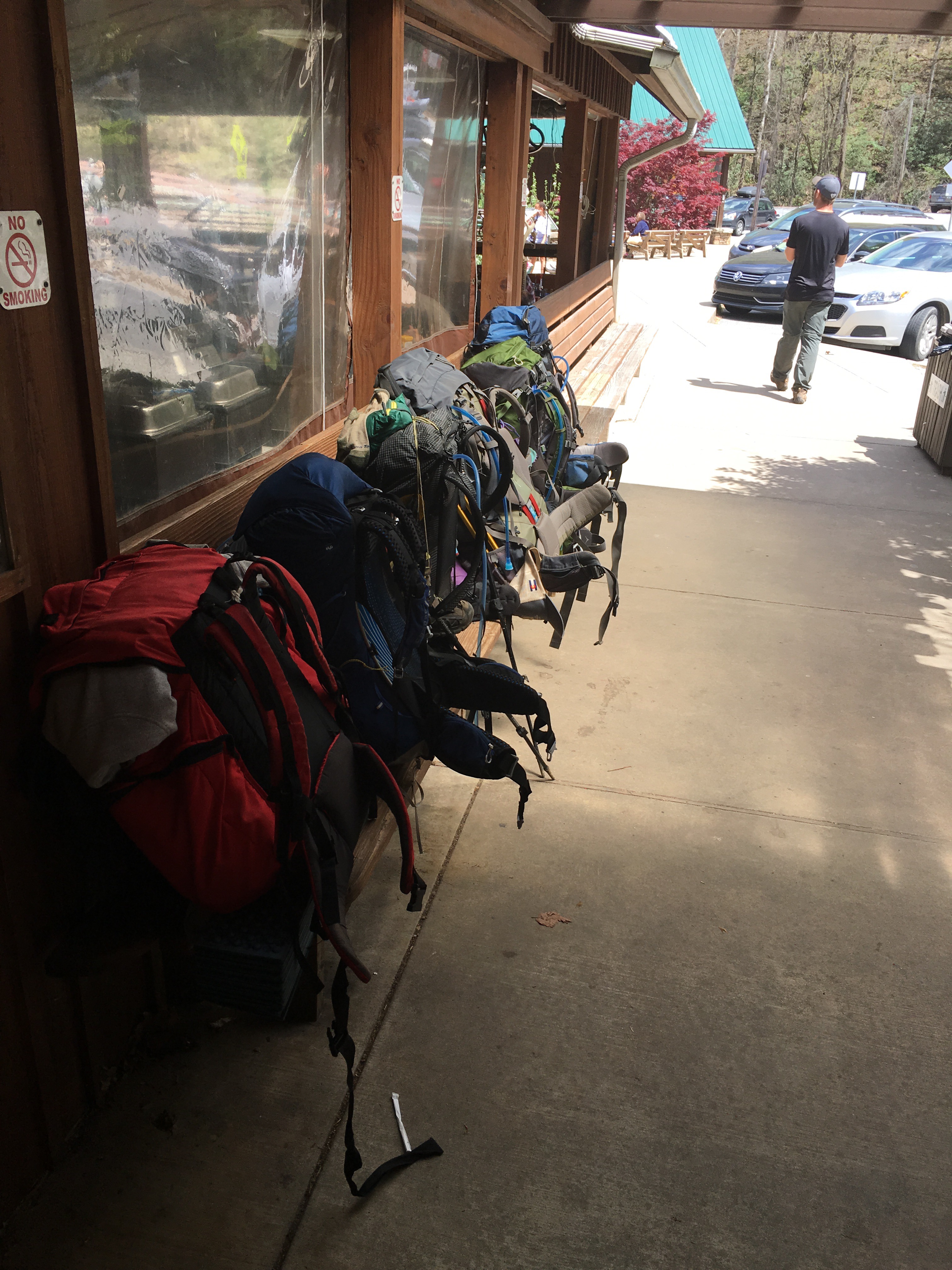 It’s been a very busy hiking week for those of you catching up on my blog. I’ve been trying to post more regularly on Facebook and Instagram.
I took two well-earned breaks at both Franklin for new shoes, and I took a Nero and Zero Day at the Nantahala Outdoor Center. The NOC is a pinnacle of kayak and whitewater adventures and skill-based training so I had the opportunity to watch several tourists and water sport enthusiasts work the river while I did laundry, dined and relaxed. As with Franklin, I saw a danger in a delay to leaving so set out after my legs had healed enough for a harrowing climb up and over spots like Stecoah Gap and Jacob’s Ladder, a six hundred foot incline at a one-fourth mile distance. 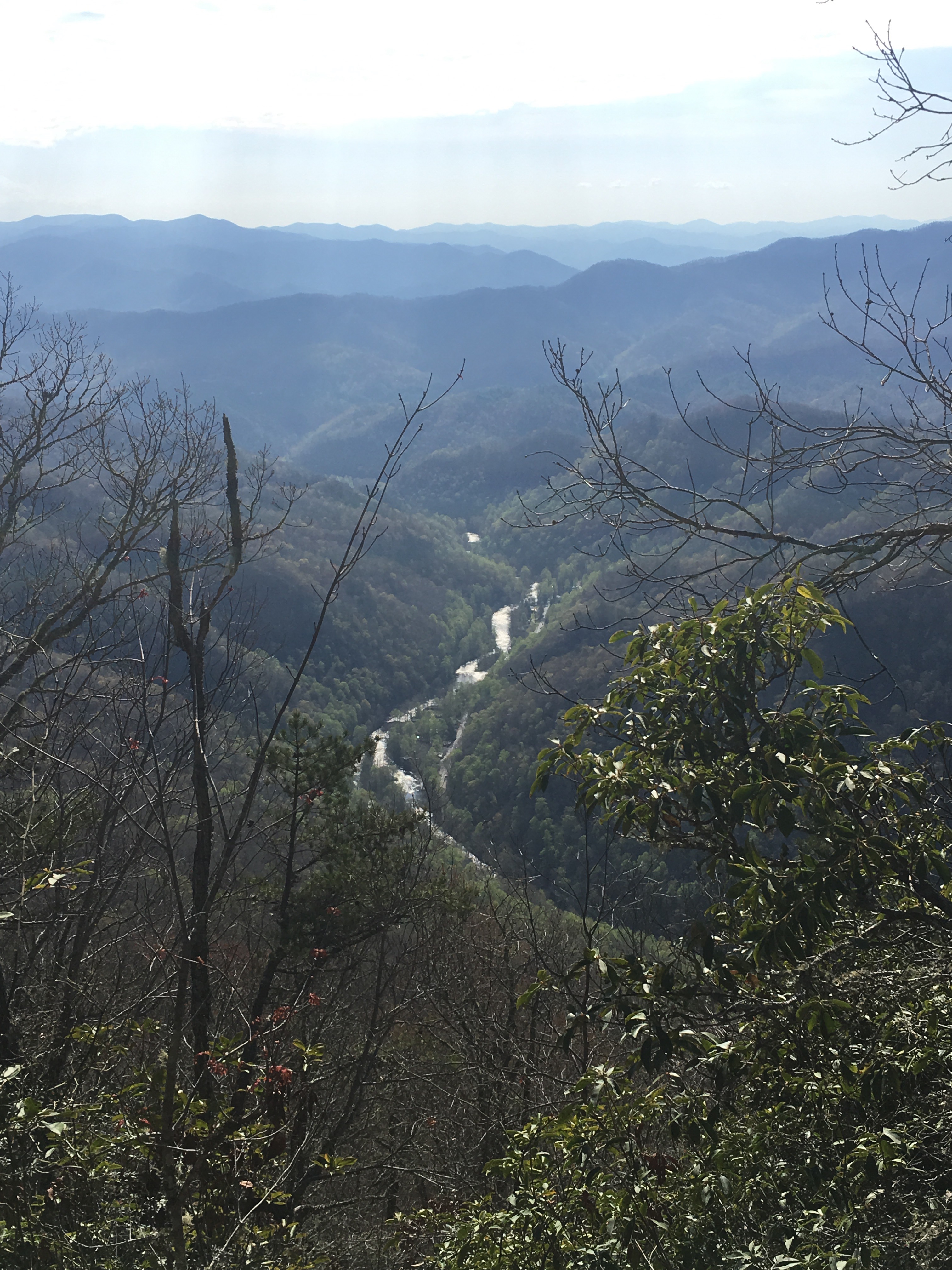 Nantahala River After a 2500-Foot Ascent 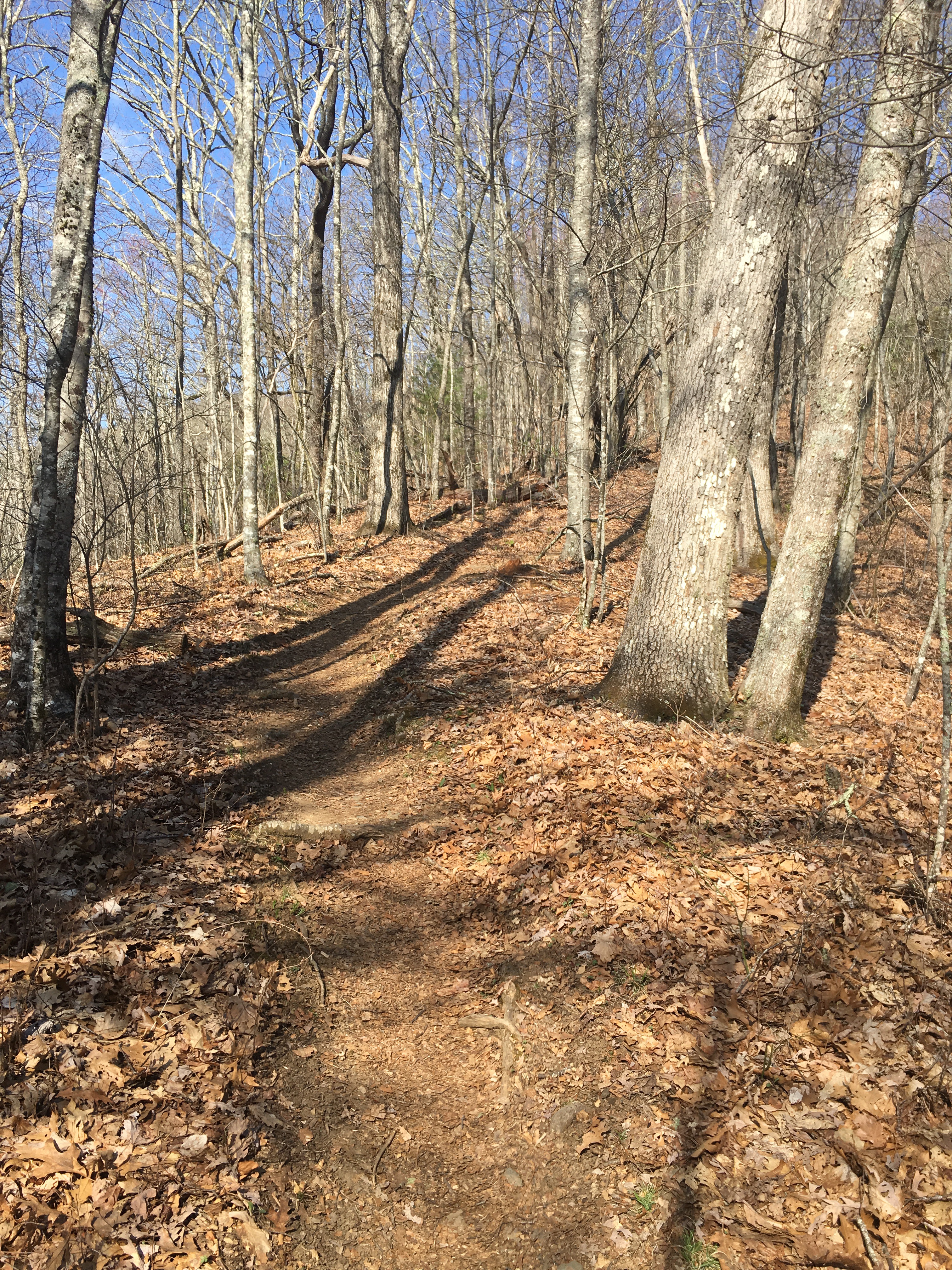 Most of Georgia and North Carolina’s southern sections held an orange and brown hue with grey colors added in. It wasn’t until late last week that the foliage became green and fuller. 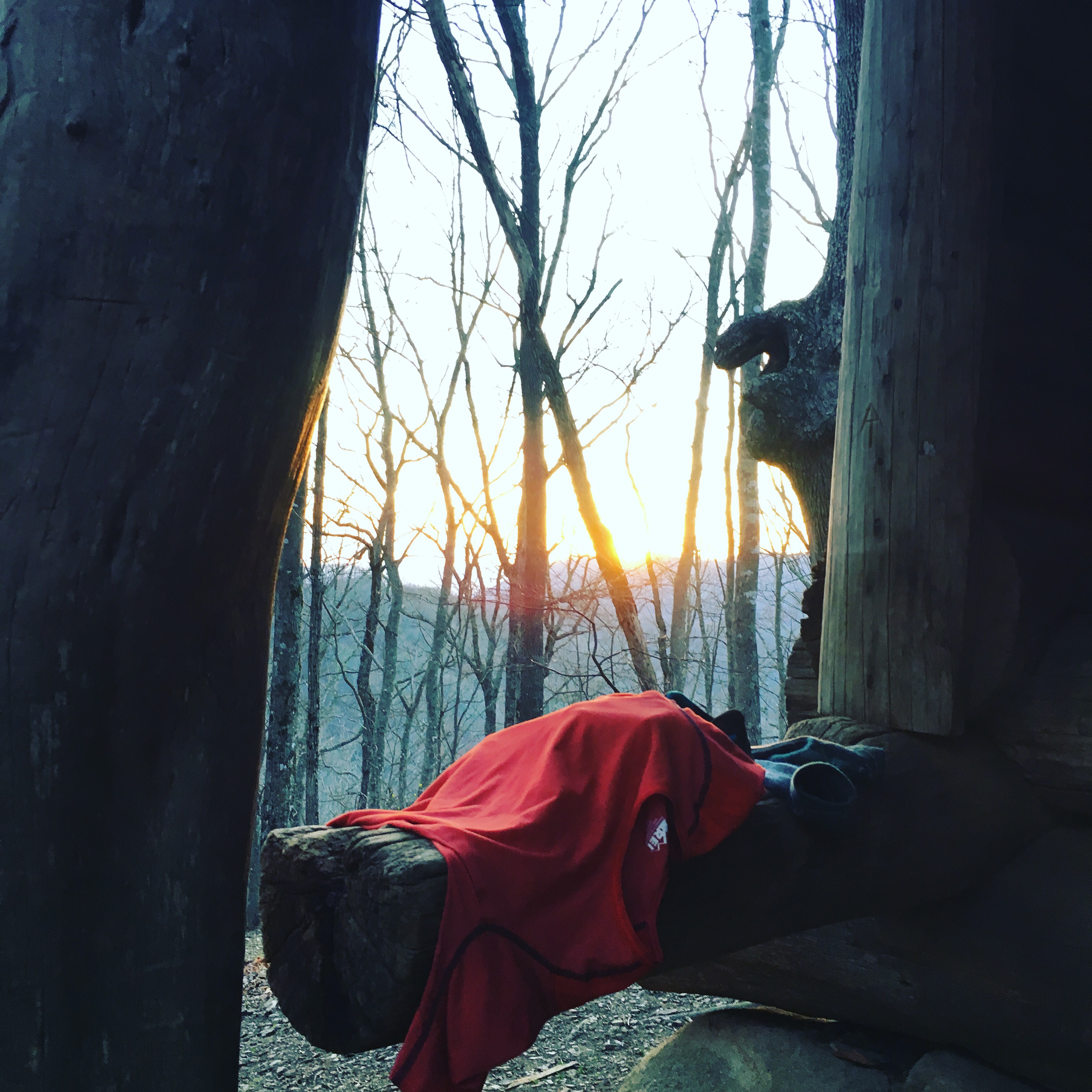 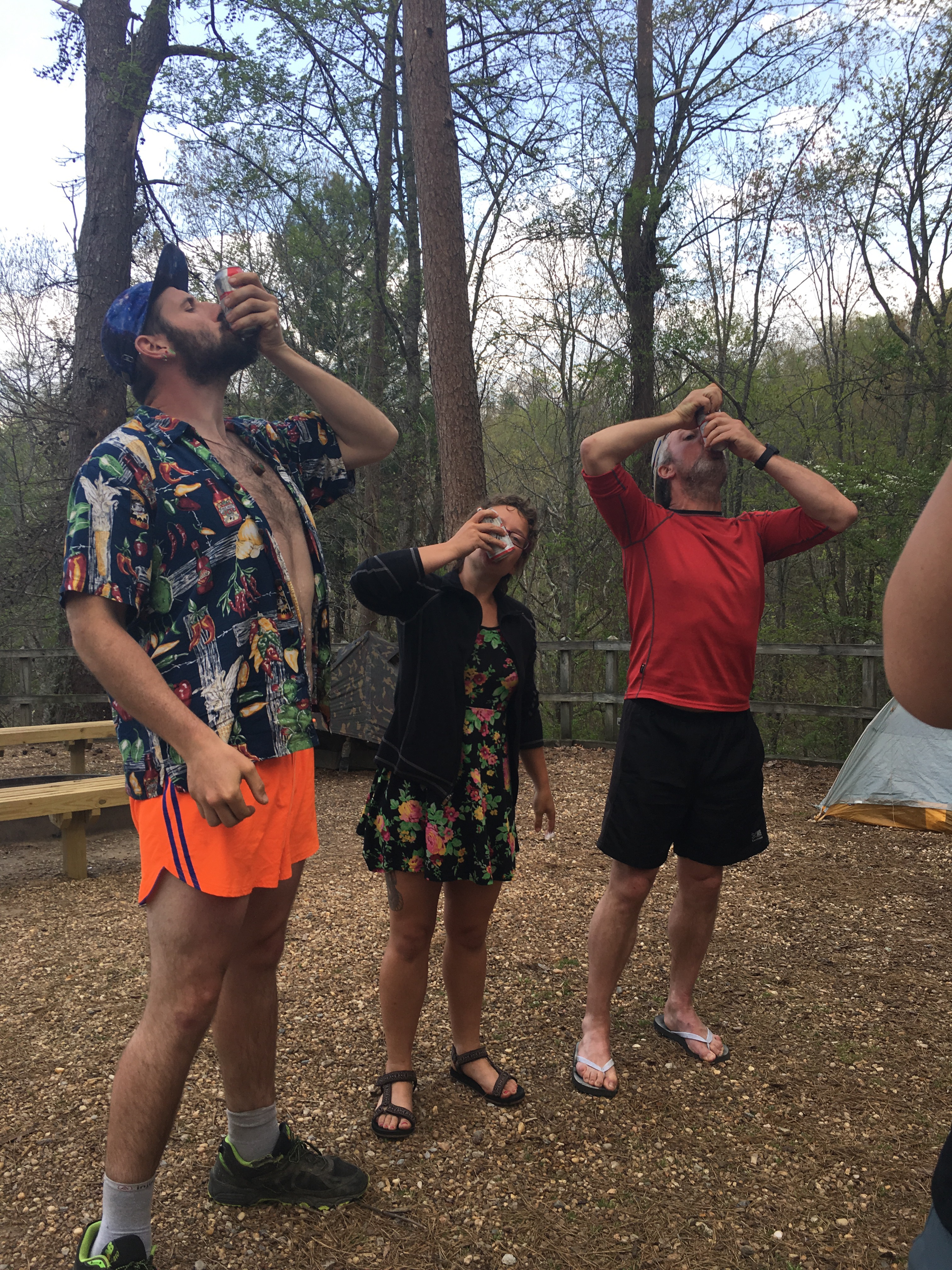 Denial and Error, Dirty Dishes and Chicken Enjoy a Shotgun at the Ritzy Fontana Hilton Shelter. I would Zero two days there. 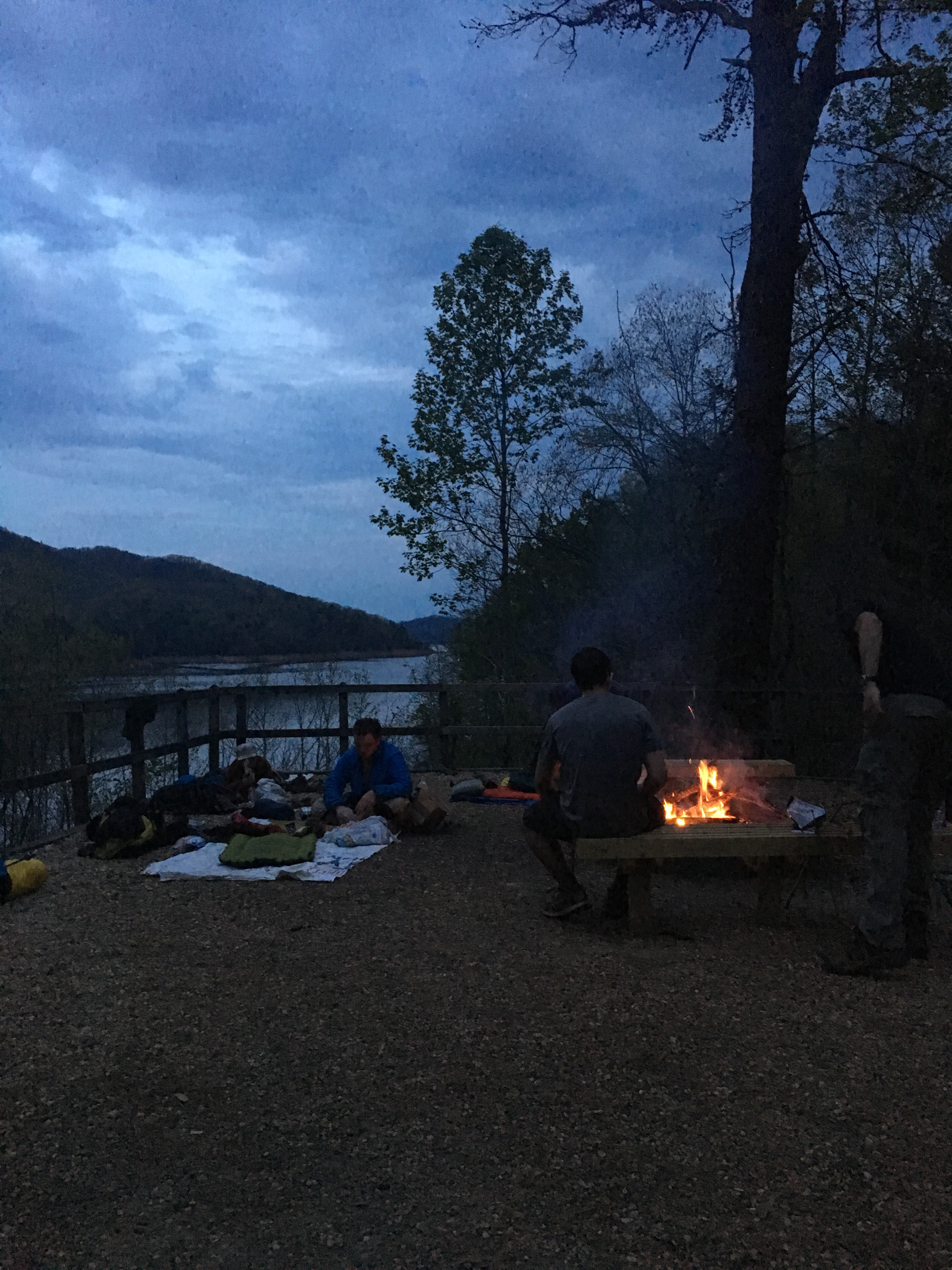 Fontana Dam was the next awesome scenic spot to rest after 14-16 mile days. I met up with the notorious Moonshine Crew: Lazer Beam, Hobbs, Woodpile, Hambone. After a heavy night of drinking, cowboy camping under the stars, I got indoctrinated into the ‘Moonshine Crew’. I’ve been playing cat and mouse each day with them as one would start and we would end up intersecting throughout the trail. Our bubble continues! 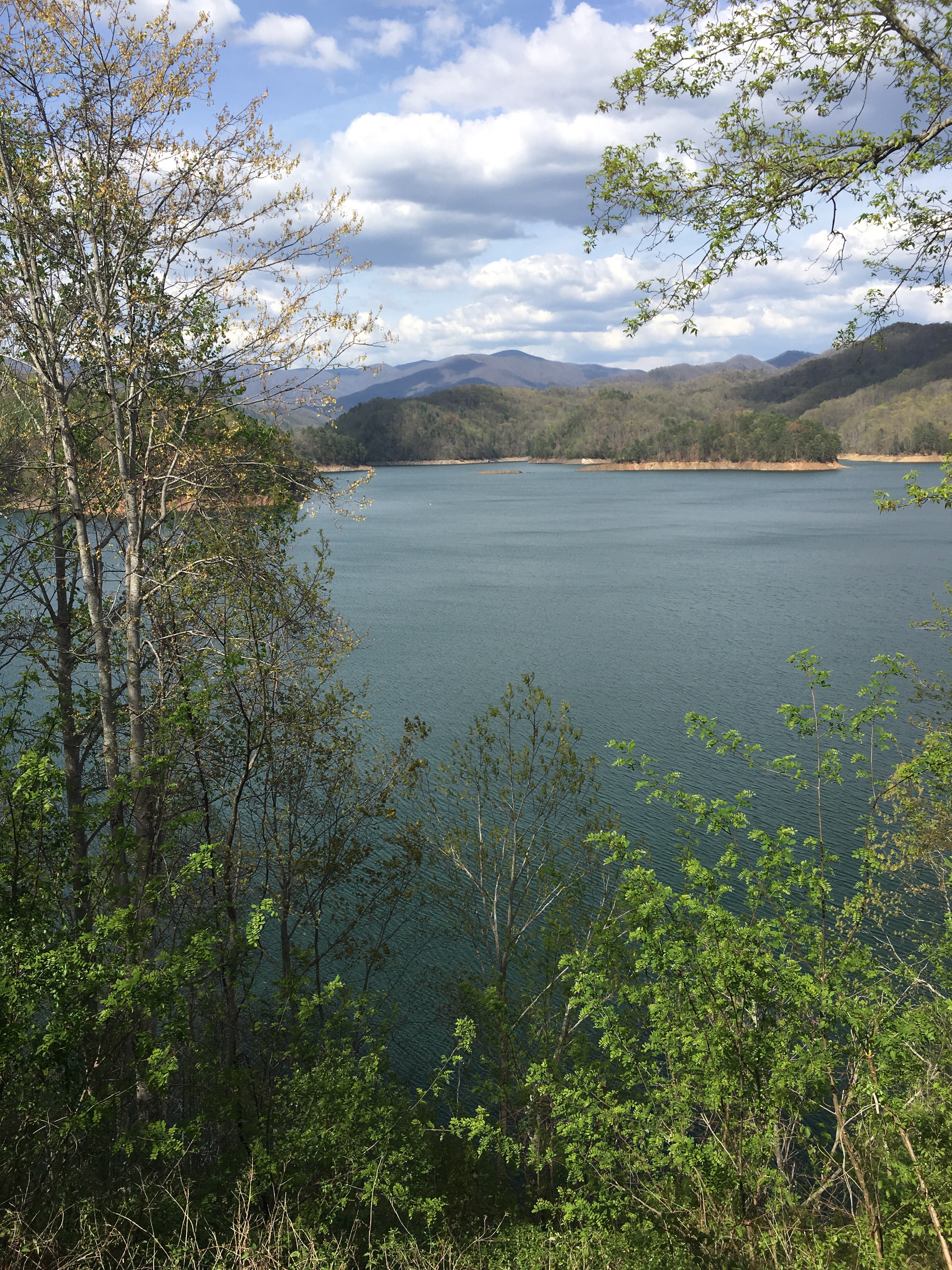 Fontana Lake and Views from the Hilton were unparalleled. How could I not stay? 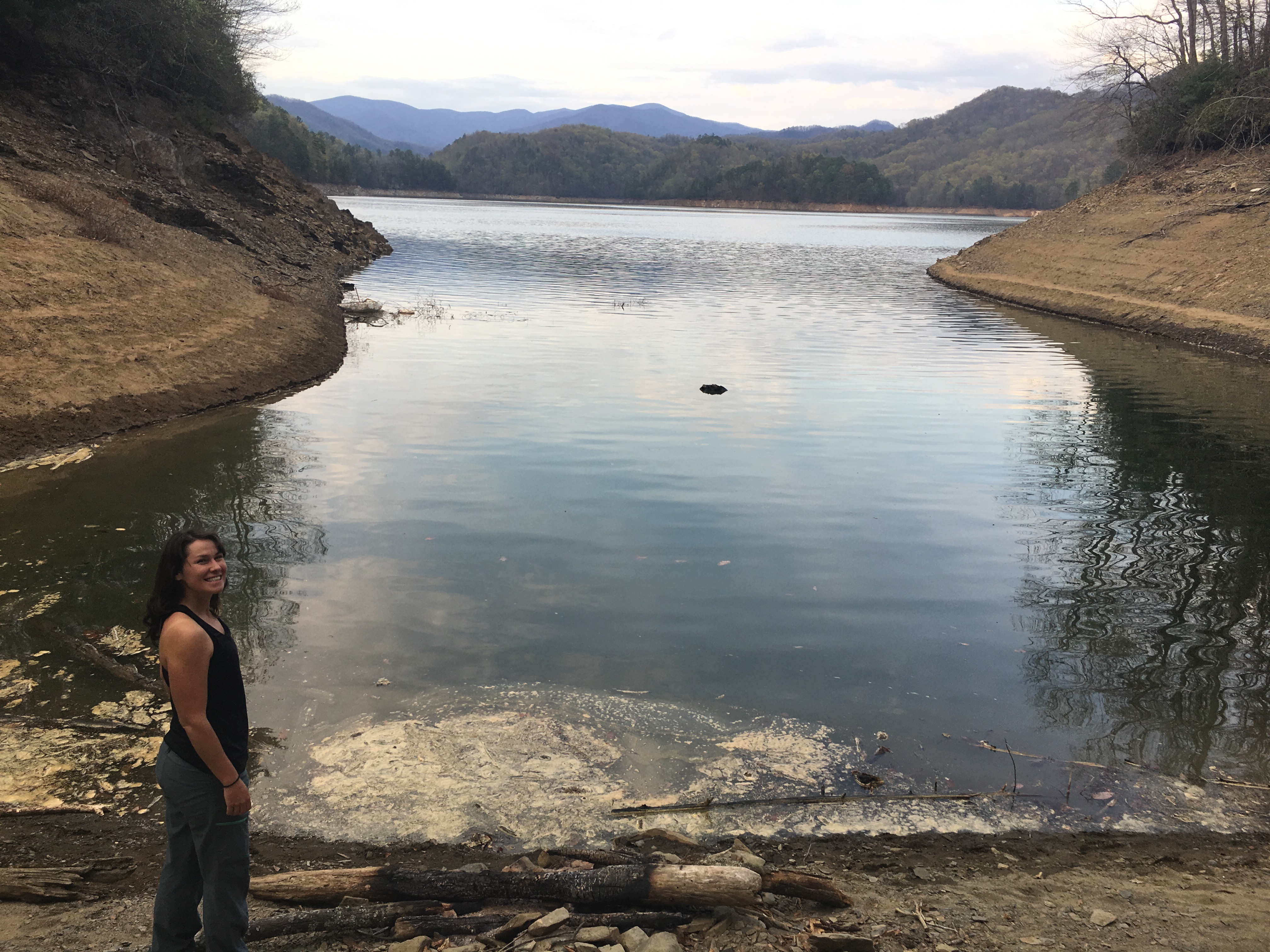 Trail Angel Keeks at the Fontana Hilton Cove. She visited her sister Arbor Linguist before traveling off to Malaysia, but not without bringing s’mores.

After leaving Fontana, it was a steep climb into Great Smokey Mountains National Park. With gradual changes but steady climbs to almost 6,000 feet, miles slowed to just above single digits. We now find ourselves bracing for a week of storms, snow and freezing temperatures as we head out from Gatlinburg, TN. 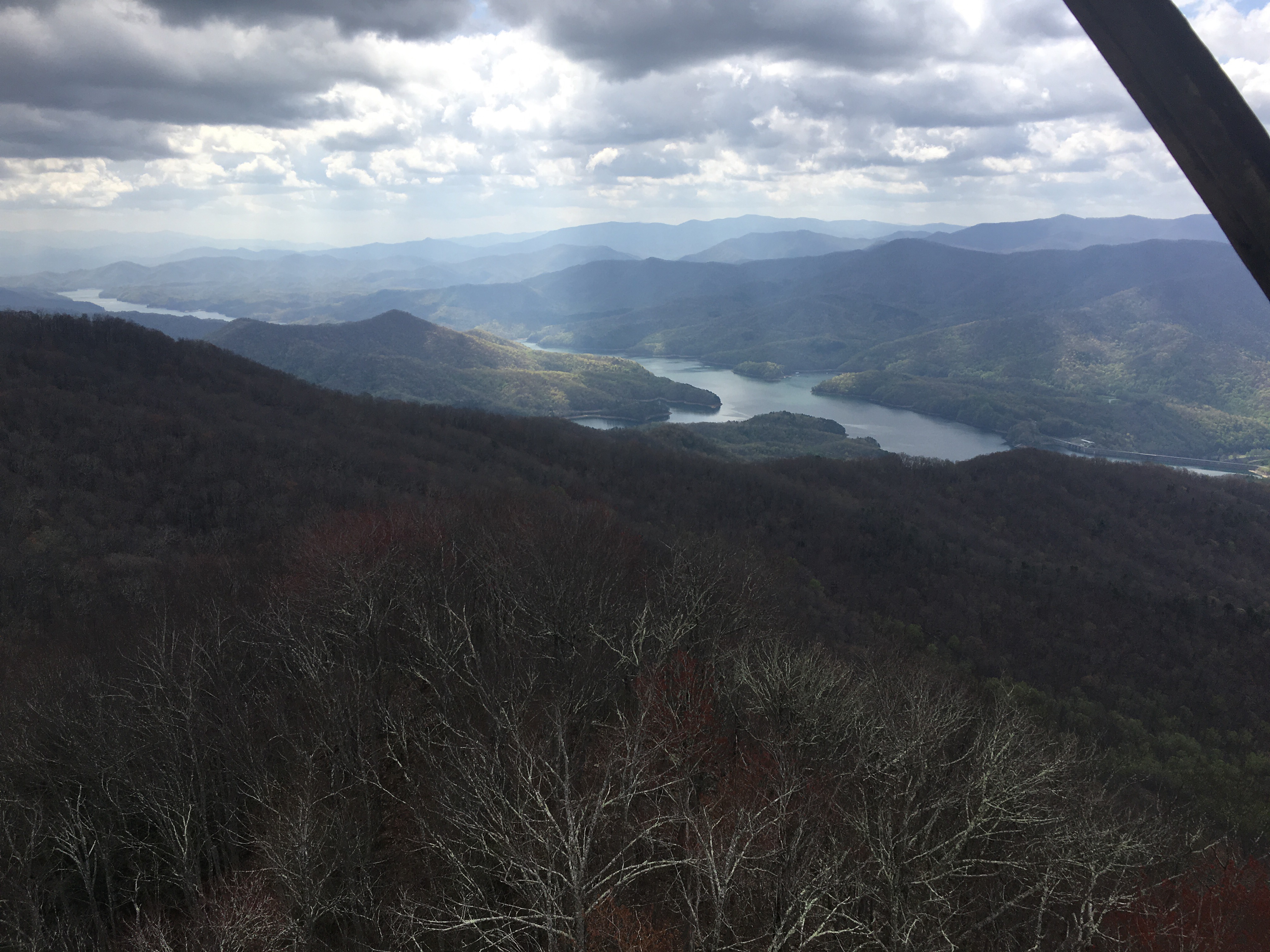 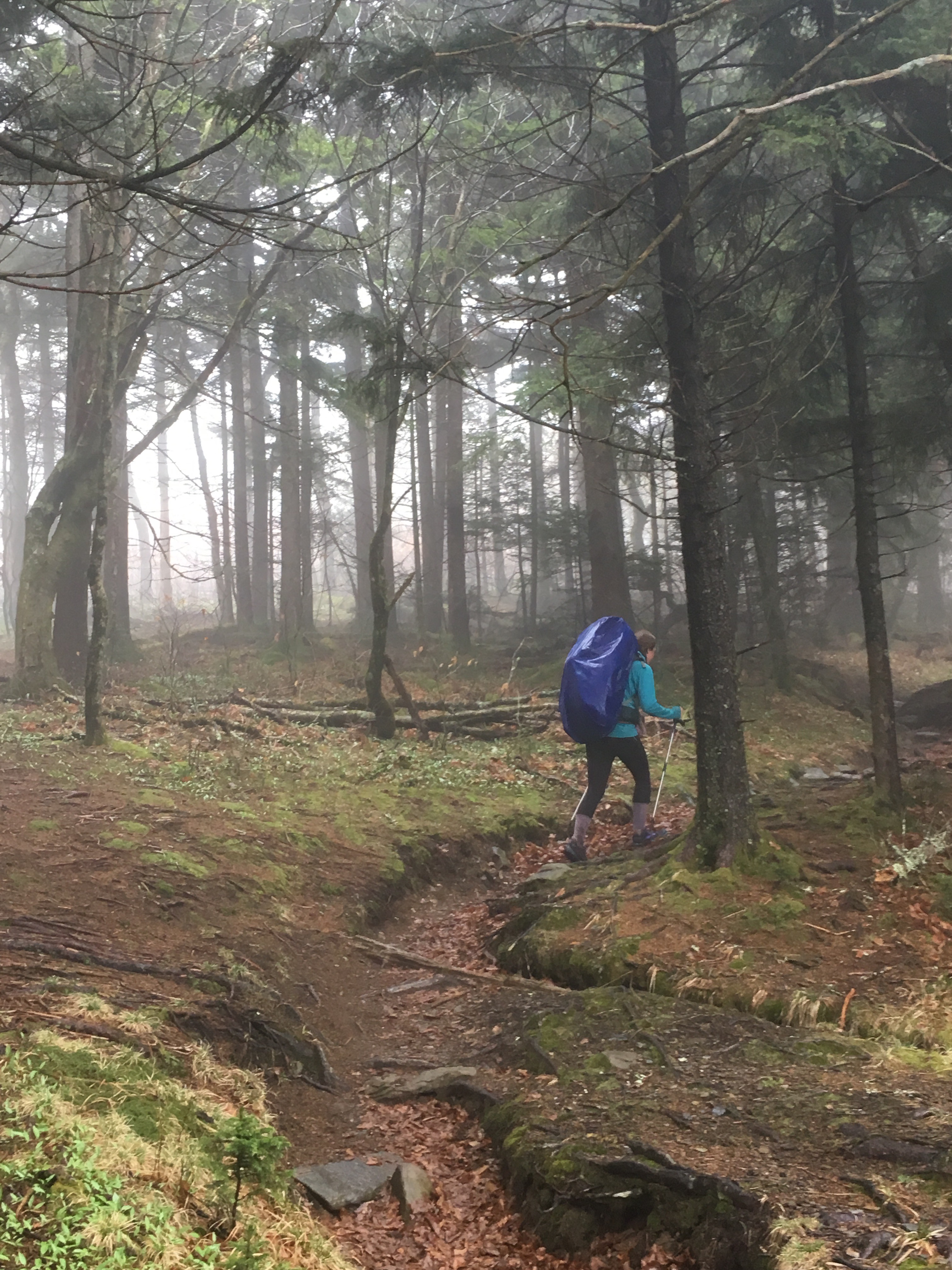 Junior walks among the alpine conifers as we approached Clingman’s Dome on Day 18. We would Nero in Gatlinburg. 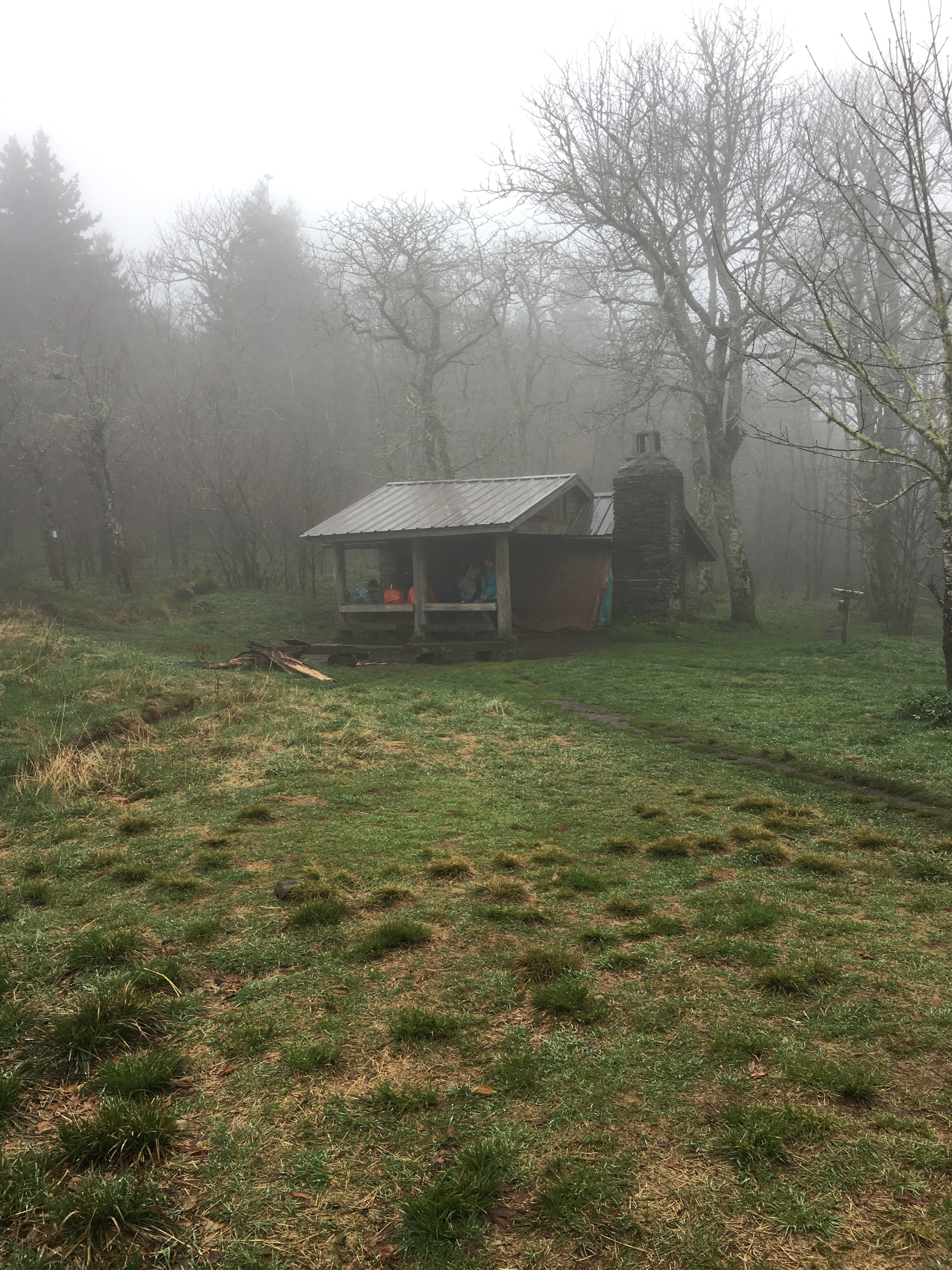 Misty mornings made everything so fantastic!