The History of Baxter State Park

It’s not often I can point to a single person and say, “This guy gets all the credit in making the park.” In the case of one Percival Proctor Baxter, that is exactly what I can do. He was the man who single-handedly created the eponymous Baxter State Park. 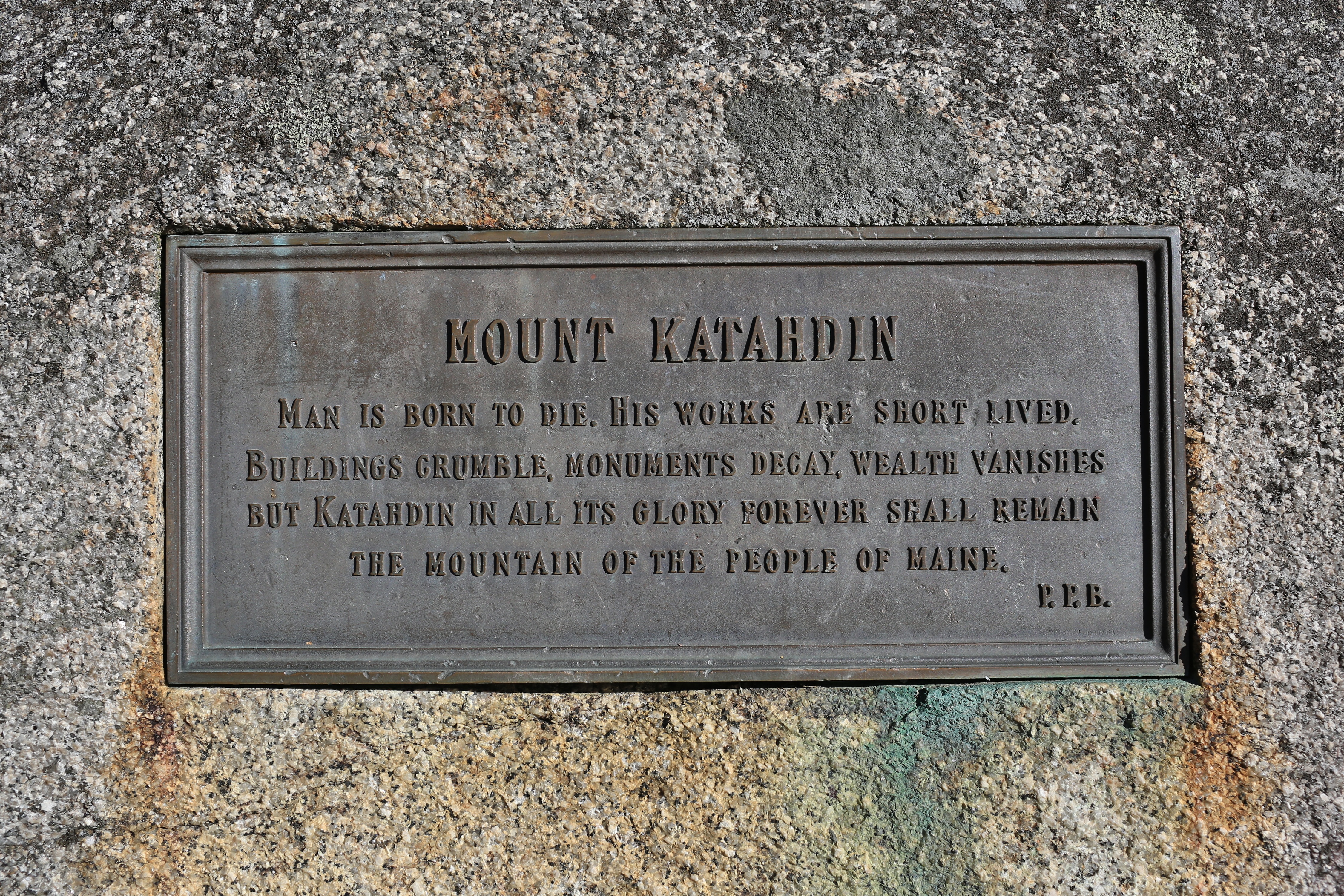 The plaque at the base of Katahdin.

Percival Baxter’s story began on November 22, 1876, when he was born in Portland, Maine. His father, James Phinney Baxter, was the founder of the Portland Packaging Company, a business that was a staple in the economy of Maine. As a result, Percival Baxter was born into a great deal of wealth.

James Baxter used much of his money for philanthropic purposes, such as founding the Portland Public Library, serving as president of the Maine Historical Society, and founding the Portland Society of Art. To top off his laundry list of achievements, he also served six terms as the mayor of Portland.

It’s easy to see the influence James Baxter had on his son’s worldview. Not only did he emphasize the importance of education and public service, he also instilled in young Percival adoration for the outdoors. James Baxter loved to hike and fish, and would often take his sons with him on camping trips. 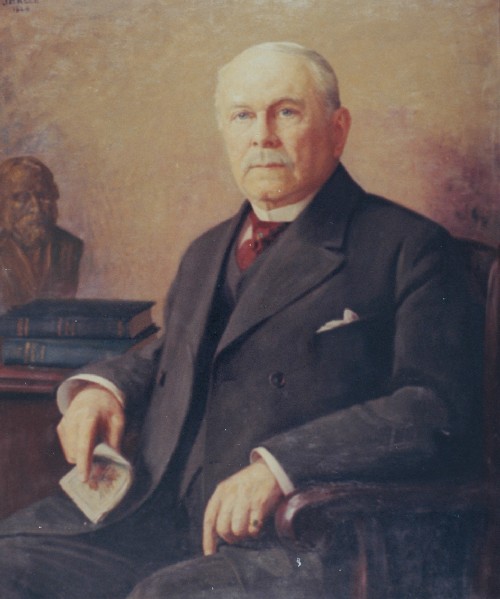 Percival Baxter graduated from Portland High School in 1894, and continued his education at Bowdoin College, graduating with honors in 1898. Three years later he attained his law degree from Harvard University. Baxter never did pursue a liturgical career, choosing instead to return to Maine and work in the family business.

During a fishing trip with his father in 1903, Baxter saw Katahdin for the first time.

Baxter eventually decided to follow in his father’s footsteps, and in 1909 he began his political career. He served in the Maine State Senate till 1910, the Maine House of Representatives from 1916-1919, then again in the State Senate from 1919-1921. 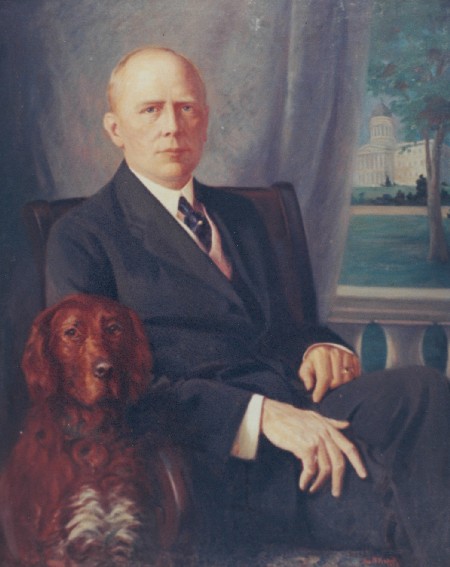 During his time in the House of Representatives, Baxter began to campaign for the creation of Mount Katahdin Park. He summited the mountain with a group of politicians, hiking up Knife Edge to the highest knob (now known as Baxter Peak).

In 1921, two major events occurred in Baxter’s life. In January, Baxter was elected Governor of Maine. In May, James Baxter died at the age of 90.

The passing of his father spurned Baxter forward in his quest to create Mount Katahdin Park. In a speech given later that year, he spoke of his vision for the state park:

“Mount Katahdin Park will be the state’s crowning glory, a worthy memorial to commemorate the end of the first and the beginning of the second century of Maine’s statehood.”

Baxter ultimately failed in convincing the Maine legislature to purchase the area surrounding Katahdin. So what does a man of exceptional means do in this situation? He (probably) says, “Fine. I’ll just buy it myself.”

Much of the land around Katahdin was owned by the Great Northern Paper Company and, following the economic crash of 1929, they were willing to sell that land on the cheap. Baxter used the fortune he’d inherited to purchase 6,000 acres around Katahdin for $25,000 — a little under $360,000 in today’s money. He immediately gifted the park to the people of Maine. 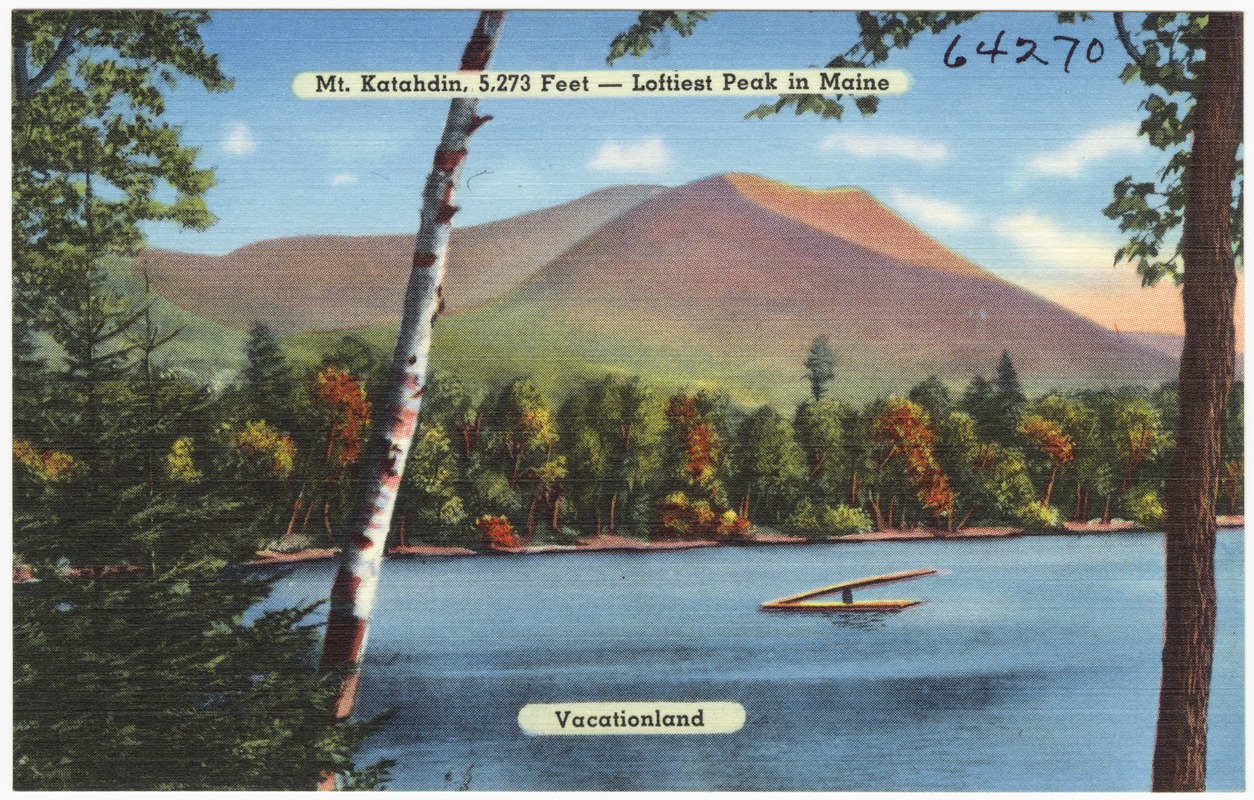 A vintage postcard of Katahdin, circa 1930-1945. (Tichnor Brothers Postcard Collection)

Baxter spent the rest of his life purchasing and adding land to the park. In honor of his father’s memory and his love for wildlife, Baxter added this proviso to the deeds:

” shall forever be used for public park and recreational purposes, shall be forever left in the natural wild state, shall forever be kept as a sanctuary for wild beasts and birds, that no road or ways for motor vehicles shall hereafter ever be constructed thereon or therein.”

Baxter, who held a great distrust towards the federal government, refused to allow Baxter State Park to become a national park. He added so many strict provisions to his deeds that not even the Department of Conservation — which controls the other state parks in Maine — had any authority over the running of Baxter State Park.

A separate governing body, the Baxter State Park Authority, oversees the administration and maintenance of the park.

Baxter died on June 12, 1969, and his ashes were scattered in the very park he created. He’d donated 28 deeds to Baxter State Park, and left his $7 million fortune to be used for park maintenance. Baxter had never married, and had no children to inherit his wealth. Instead, he left behind a legacy to be remembered by the people of Maine — and Appalachian Trail hikers — for years to come.