One of the (only) givens of a thru-hike is that you’re going to undergo some sort of physical transformation. Each hiker is different—from extreme facial hair, to over 100 pounds of weight loss, to zero pounds of weight loss (but gaining serious leg muscle), here are 24 examples of the extreme transformation you’ll undergo in 2,000+ miles of hiking.

Did you just finish a thru-hike? Send your before-and-after pictures to [email protected] for a chance to be featured in our next installment. 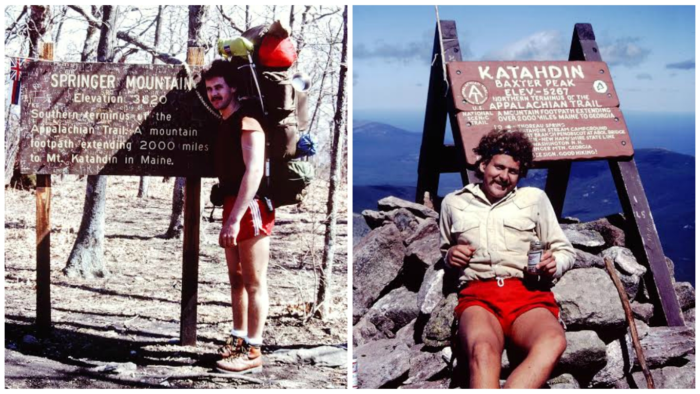 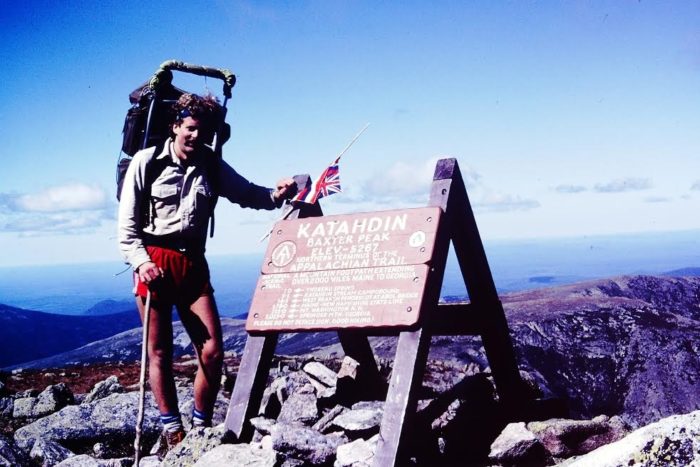 “These are my Before and After pictures from 4/4/79 to 8/31/79. I was sort of an inexperienced backpacker evident by all the stuff I was carrying on Springer Mountain. Within two weeks, I got rid of over 15 pounds of unnecessary equipment and quickly became experienced. This was an awesome experience of a lifetime and I think about the AT daily hoping to attempt the trail one more time after retirement.” 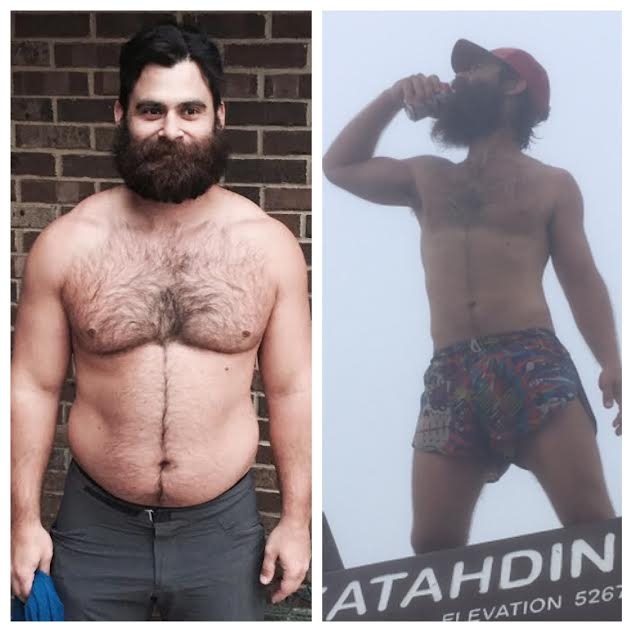 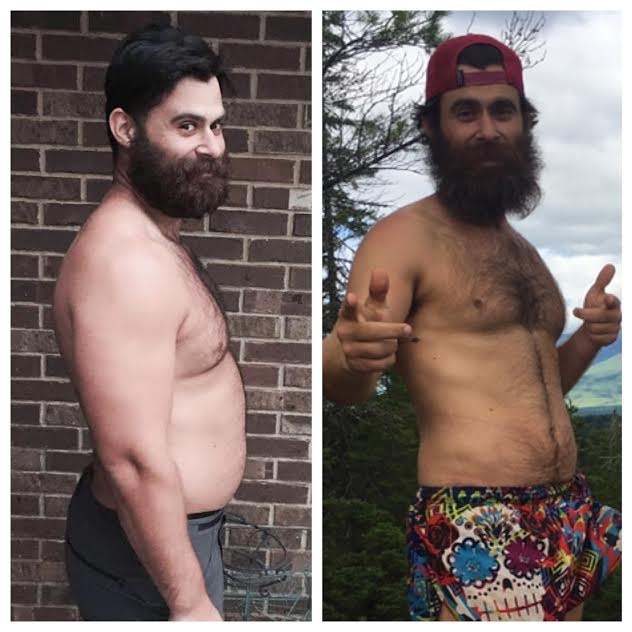 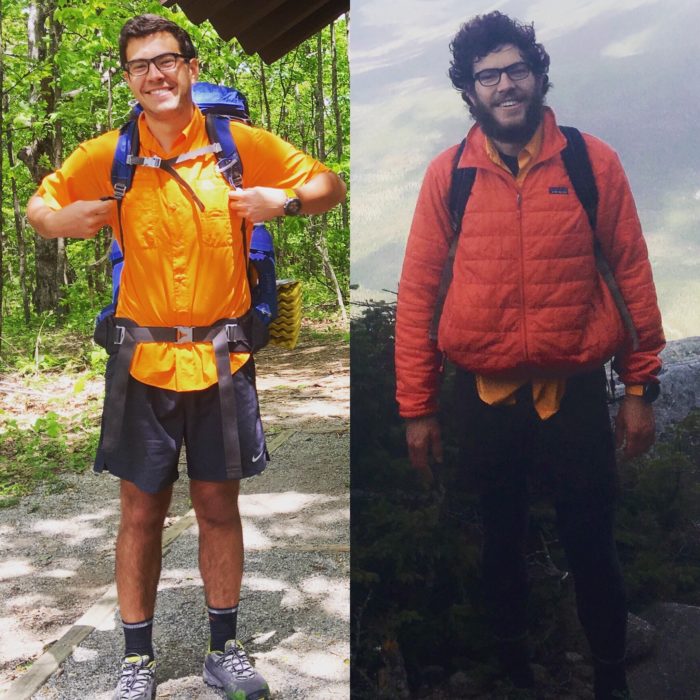 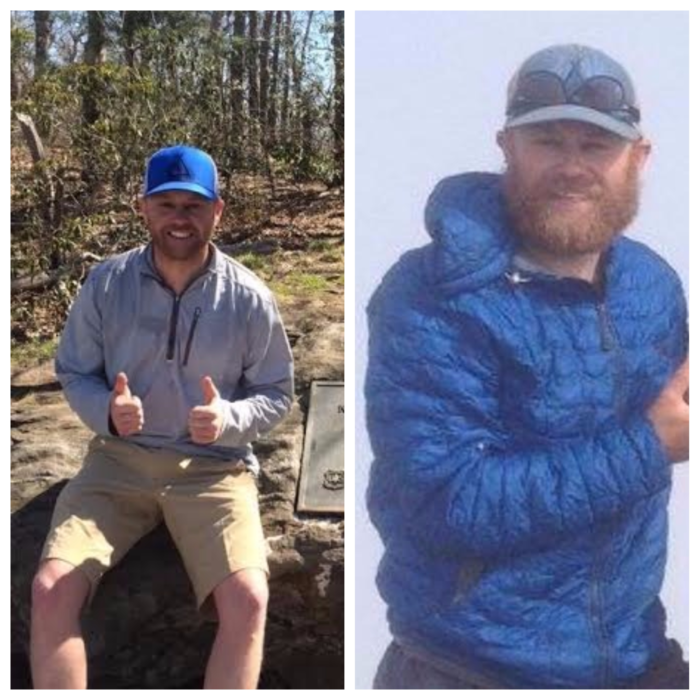 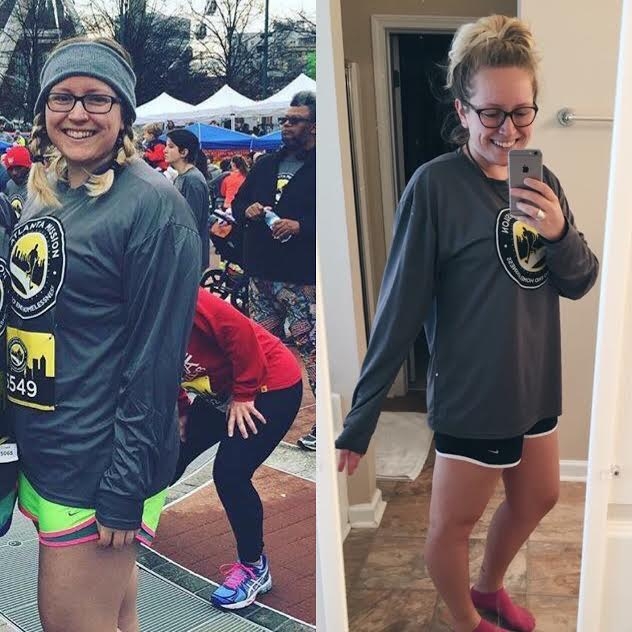 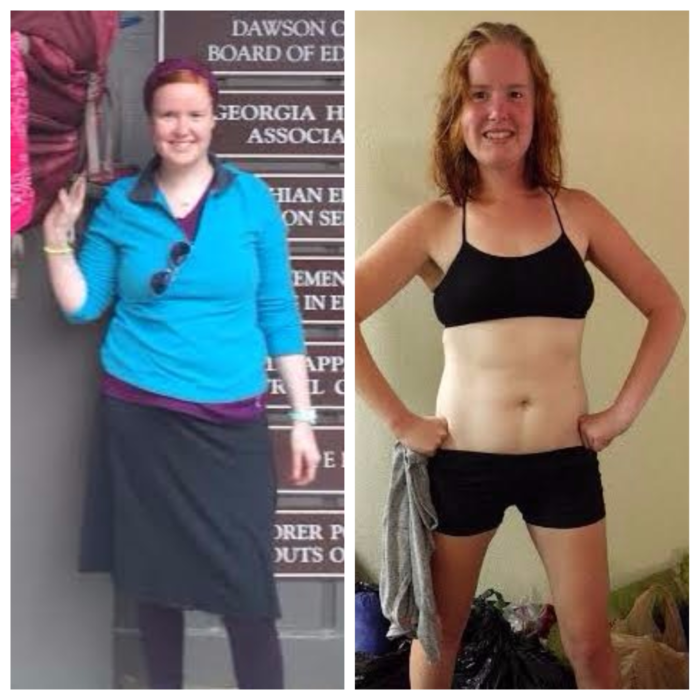 “I lost 30 pounds and my legs just about doubled in size on my hike. My pale ginger self also got a tan for the first time in my life.” 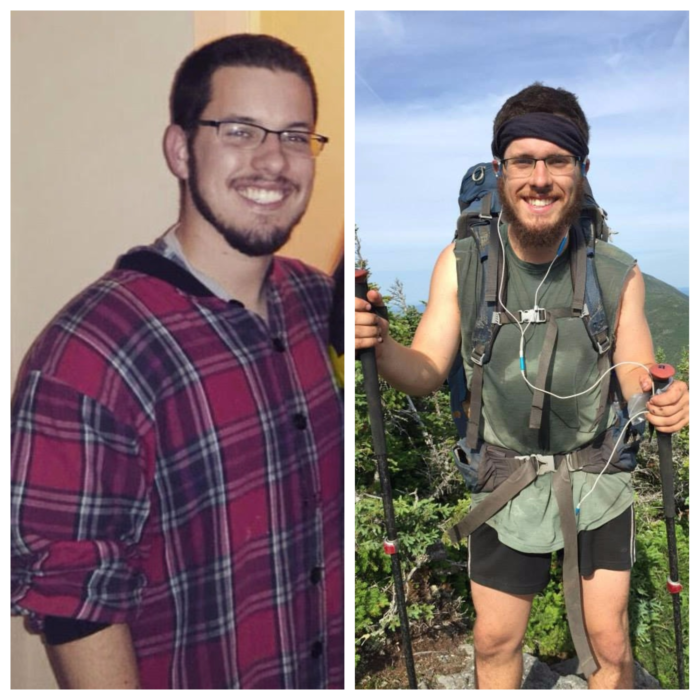 “I lost about 45 pounds and have kept it off since then. I’ve actually been in the best shape of my life since then – ran two marathons, 4 coming up and attempting a 50 miler in September. Just gotta stay in the same mindset!” 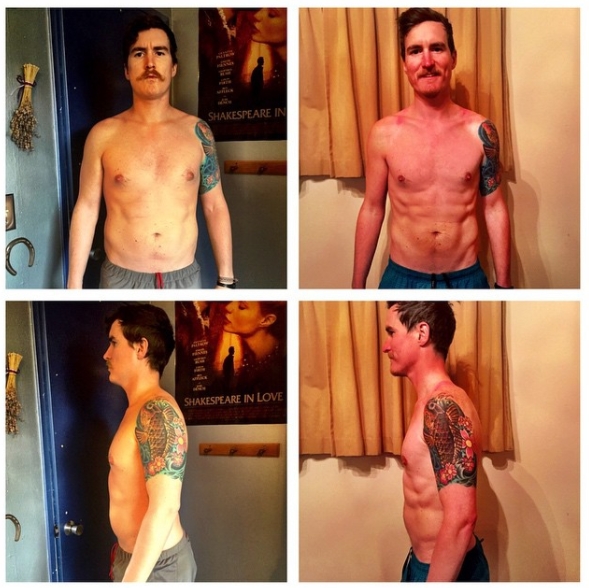 “I purposefully put on 20 pounds in prep for the five-month hike. Really glad I did that…. and I think I gained some muscle in the process.” 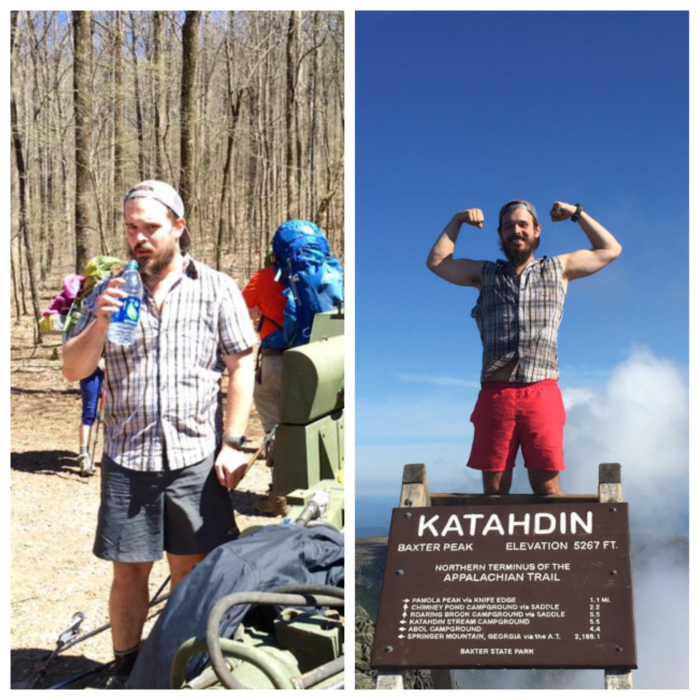 “That Before pic is awful. We ‘prepped’ for the AT by not exercising and eating like garbage. I (Maggie) lost 10 pounds and Rocky somehow lost zero pounds…. his fat just turned to muscle. Now we’re a little smarter about diet and exercise.” 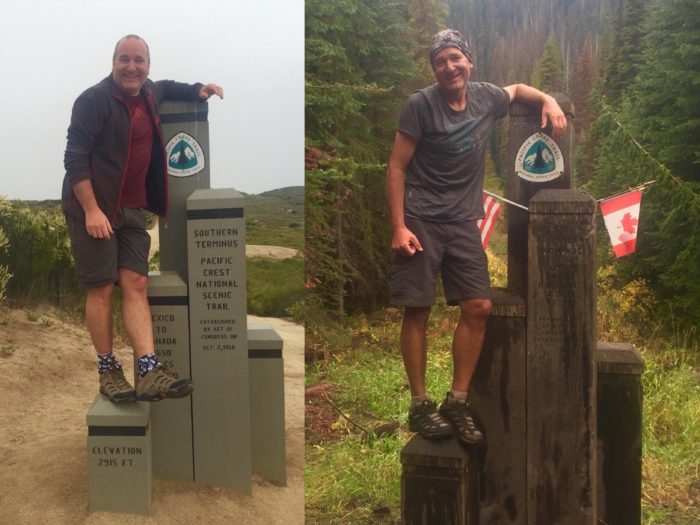 “I was one of those rare hikers that didn’t lose any weight during my thru. Maybe my body has a pretty firmly implanted set point. Maybe it was the fact that I devoured a pint of ice cream at every opportunity. No one can be sure. What did change is that fiery red bush growing from the lower half of my head, which served both as my Trail souvenir as well as an unintended shield against women.” 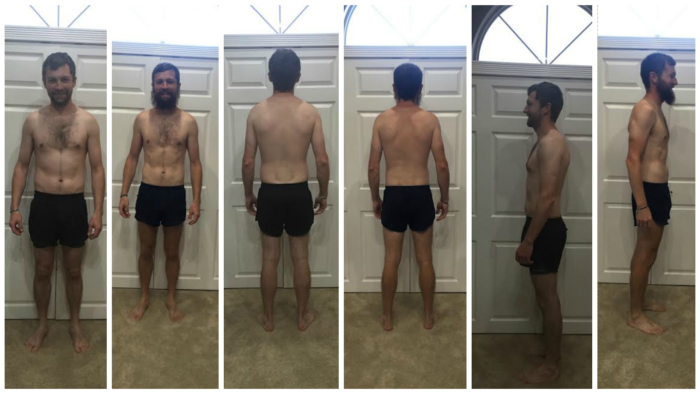 “Lost 13 pounds on trail, gained 20 when I got home. Back down to five less than before.” 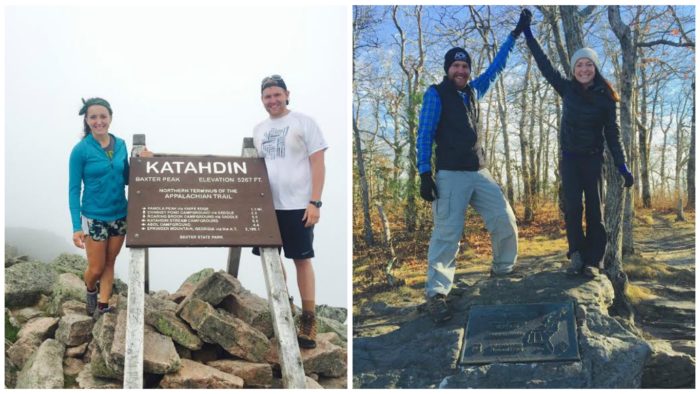 “My boyfriend (Sean) lost 50 pounds during our thru-hike, but more importantly had the most amazing time of his life. On the contrary, I lost five whole pounds throughout the entire trip, and gained them back within two days of being home :)” 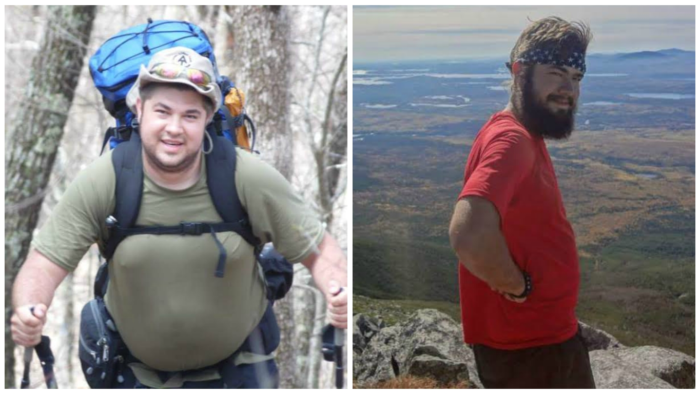 “I went NOBO in 2013. I started out at 270lbs with a 55lb pack. The Before photo was taken by Doug “Country Gold” Owens while we trucked up one of the mountains in Georgia. The After photo was taken atop Katahdin. When I finished I was 190lbs and my packed weighed 35lbs with a full resupply, two liters of water, and all of my cold weather gear. Start date 4/7/2013, summit date 10/10/2013.” 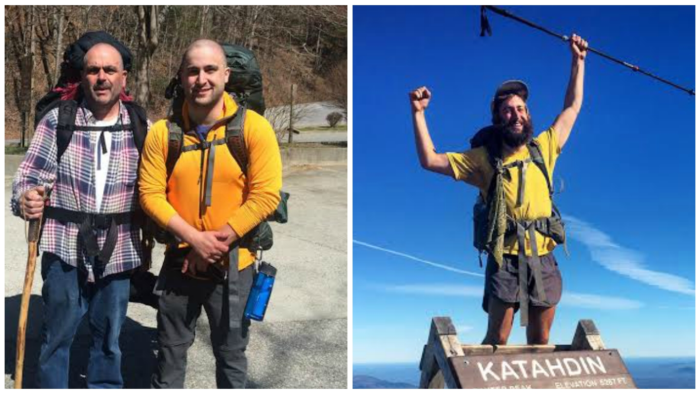 *Pictured on the right in the Before photo 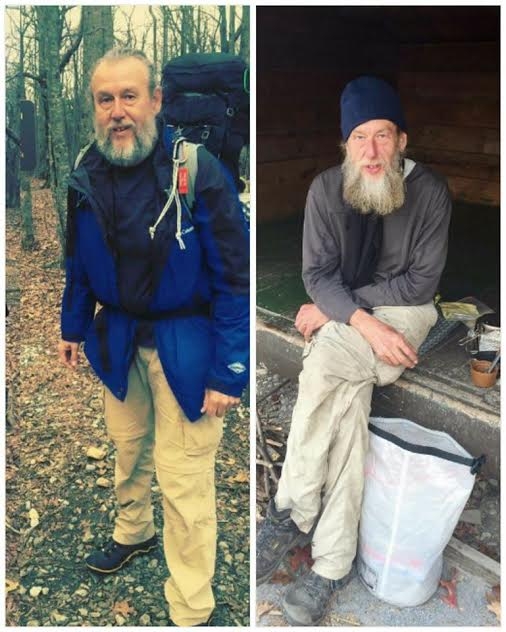 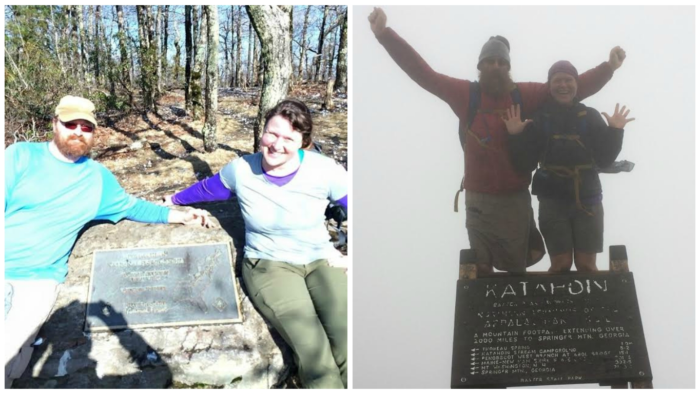 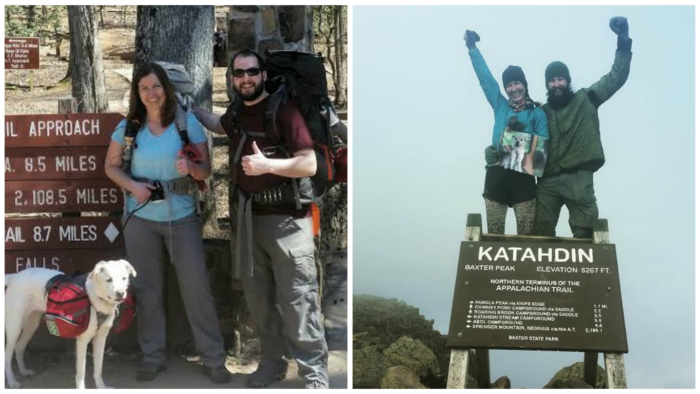 “Dogs aren’t allowed in Baxter so we had a photo or her at the summit.” 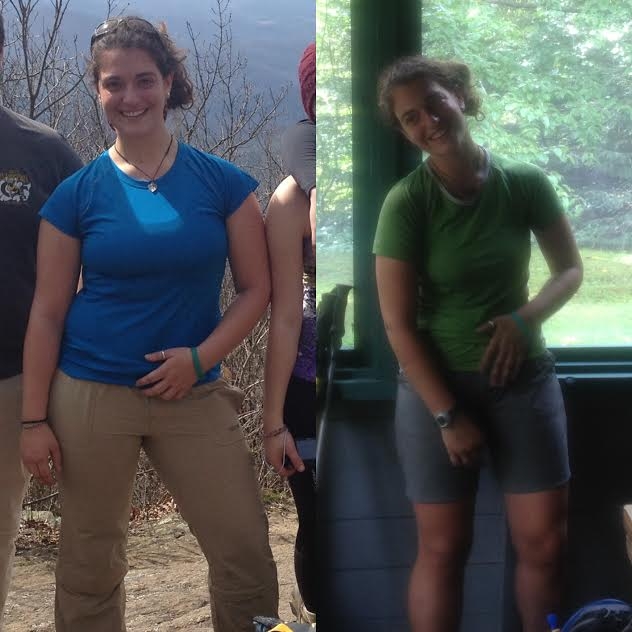 “These are from before and after my 2012 thru-hike. I’m standing in the same position… not sure how that happened.” 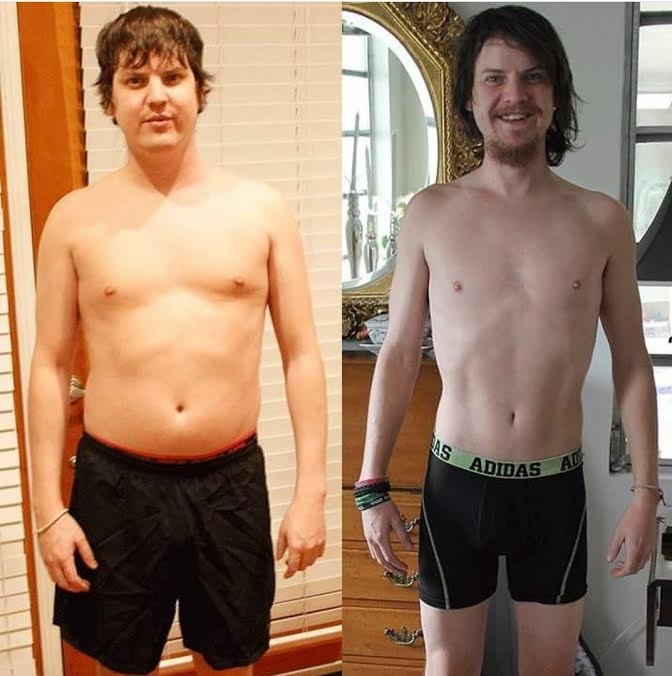 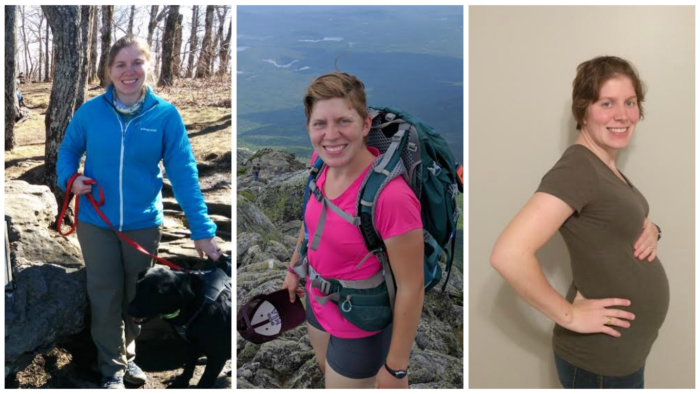 “First picture is Springer Mountain March 6th, 2016. Excited, nervous, ready for an adventure of a lifetime! Second is five months later descending Katahdin, officially a thru hiker! Aug 5th, 2016. The this is my first trailversary, one year after standing atop Springer. 21 weeks pregnant with my first child due July 2017. My baby will be here less than a year after I stood on Katahdin and will grow up knowing he or she can accomplish anything, because awesome runs in the family.” 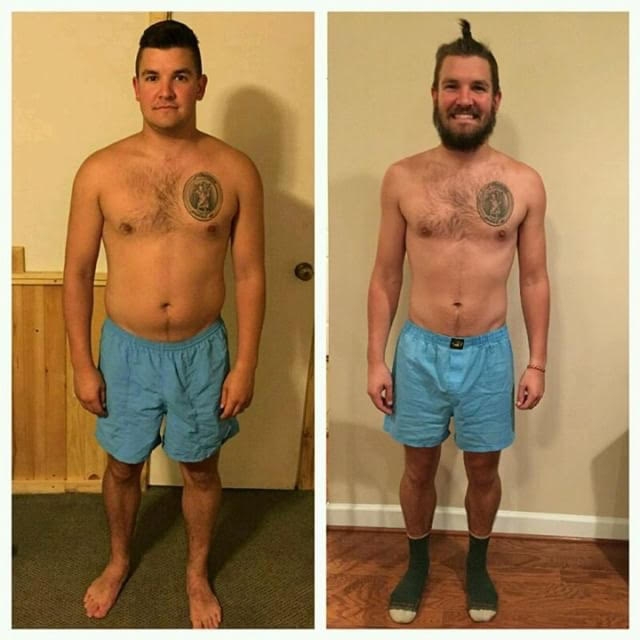 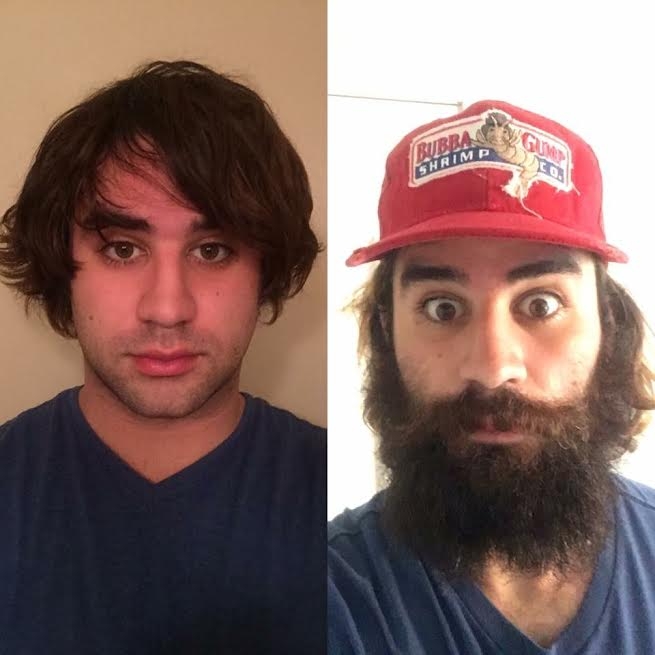 The Best Black Friday Deals for Backpackers and Hikers

Congrats to these 2021 PCT Thru-Hikers: Week of November 22

May 12th : The Editors
Author Page
The Editors's Bio