Short for Norovirus, a disease that spreads easily in the backcountry. Outbreaks in 2012 and 2013 were particularly harsh, such that trail clubs, hostels, and hikers have increased prevention efforts since then. 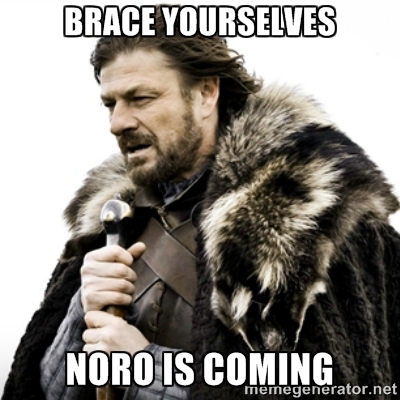 Example: “I heard they’ve got the Noro back in Erwin, so let’s hope we stay ahead of the bubble.”

Not-so-fun Fact: According to the CDC, hand sanitizer is not as effective as soap in killing norovirus, which is one reason it spreads easily in the backcountry.