Collectively, three American national scenic trails, over 2,000 miles each, that more or less run north to south: the Appalachian Trail, the Pacific Crest Trail (PCT), and the Continental Divide Trail (CDT). A “Triple Crowner” is an individual who has hiked or is currently hiking all three of the Triple Crown trails, in any order, and not necessarily as thru-hikes. 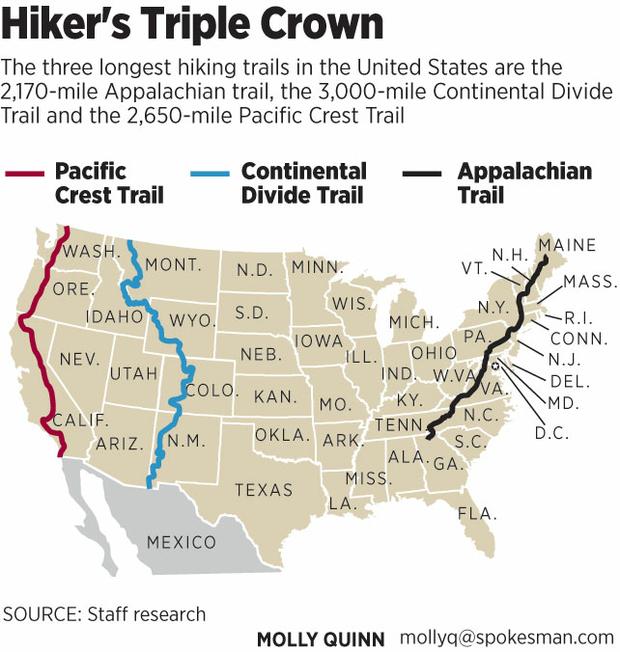 Example: “I think it’s incredible that Buffalo is finishing his Triple Crown when he’s only 21!”