Hitchhiking and Thru-Hiking: A Roadside Symbiosis

Walking through the woods, as an end in and of itself, is as old and romantic an American tradition as there is. It seems fitting, then, that the people most committed to this ideal–the thru-hikers of American trails–are the same ones keeping another fragment of the country’s sepia-toned past alive: hitchhiking.

This once-ubiquitous practice has found itself by and large relegated to film, whether in period pieces like O Brother, Where Art Thou? or in modern slasher flicks like The Hitcher. (Indeed, films may have played a part in hitchhiking’s disappearance from the American experience; the portraits painted of the hitcher-driver relationship are rarely flattering when they do appear in popular media. Spoiler: one of them is going to hurt, con, or wrong the other.)

But hitchhiking used to be so popular that, by one estimate, 10% of American men had done it by 1937. So what killed it? And how are thru-hikers reviving this once-common practice?

A Slow Death on the Interstate

In 1956, Congress passed the Federal Aid Highway Act, effectively creating a federally-maintained interstate highway system. As the interstate would allow a greater volume of cars moving at greater speeds than America had previously known, hitchhiking was largely outlawed on the highways in the name of safety. (States, however, were left to make their own decisions as far as hitchhiking regulations on roads that weren’t federally controlled. Five states–New York, New Jersey, Nevada, Pennsylvania, and Utah–prohibit the practice entirely. Wyoming legalized it in 2013.)

The far corners of this vast country were now open to travelers like never before. But running parallel to this phenomenon, perhaps even as an offshoot of it, was the beginning of a decline in social trust and a national sense of community. This isn’t just one of your grandparents’ toothless generational gripes, either: people really don’t trust each other as much as they used to. Blame politics, blame declining cultural mores, blame social media. Whatever the cause, we live in a less-trusting world, and that world no longer lends itself to people picking up dirty, hairy strangers wearing big backpacks.

Related reading: The Best Backpacks of 2017

(A quick anecdote, for reference: My uncle Pete, himself occasionally dirty and always hairy, got his first taste of hitchhiking in Ireland as a young man after being schooled by a local. One of his first attempts stateside landed him in the passenger seat of Carl Sagan, he of Cosmos fame. Given that Pete is somewhere in the top tier of sci-fi geeks worldwide, this was a real windfall. Pete still picks up hitchhikers, but not with his kids in the car.)

A Hard Time With Hard Numbers 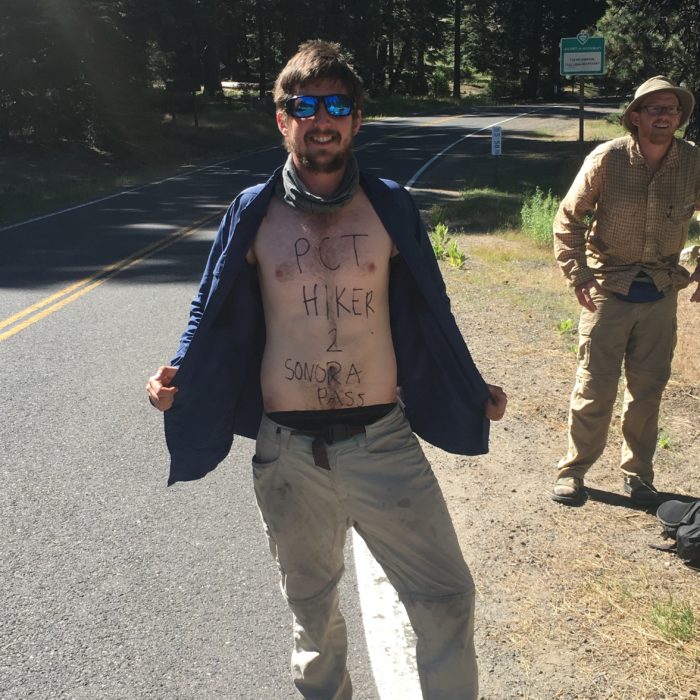 Compiling any kind of hard data on hitchhiking is a notoriously thorny proposition. Still, observers nationwide agree that the practice has fallen off drastically since its heyday in the 1920s and 1930s and its revival in the 1960s and 1970s. Even Bill James, the father of baseball’s analytical revolution, admits to being able to provide little more than anecdotal evidence for the phenomenon. The combination of (perceived) illegality, cultural taboo, and other factors makes hitchhiking difficult to track.

Here are some sound numbers, however: Alan Pisarski, author of Commuting in America, points out that there is a “colossal inefficiency” present in the American system of driving. The average car in America is on the road with 80% of its capacity unfilled–just 1.1 seats occupied. From an ecological standpoint, this is an unsustainable disaster. While hitchhiking itself seems to have gone the way of the horse and buggy, replaced by ridesharing apps (among other things), it does present one potential source of relief for that strain on the system.

So what does this have to do with hardcore hikers and the trails they frequent? It’s simple: it’s borderline impossible for the average person to complete a thru-hike without the aid of at least a few friendly rides.

On the Pacific Crest Trail, hikers need to lean on those increasingly-rare drivers willing to take a chance on a stranger for everything from the delicious pie of Julian to the comfort of a trail angel haven in Skykomish. Eschewing all rides is possible, of course–Heather “Anish” Anderson’s unsupported speed record is living proof–but the bulk of thru-hikers aren’t going to walk every mile in and out of towns, especially the more remote locales. (Hiking into Yosemite from Tuolumne Meadows is worth it for Cathedral Pass and the gray foxes. Hiking the miles back out is very much not.)

Along trail towns on the West Coast, hitchhiking is clearly not dead; just about every driver who stopped for me or my group had picked up thru-hikers before. Probably a third of them even sported PCT stickers in their car windows. But their familiarity with thru-hiking culture is no guarantee of a timely (or safe) ride, and any thru-hiker imagining that thumbing it is in any way “quick” will be in for a rude awakening. (I waited almost three hours for a ride out of Ashland, for instance; at other times, I found myself white-knuckling beside reckless drivers.)

Despite the inevitable delays, however, it feels like it’s thru-hikers who are keeping hitchhiking alive in America. Nary a town stop was made during my PCT adventure without lengthy discussions in every hiker haunt about how best to snag a ride; it’s as much an art form for thru-hikers as the shakedown or the dehydrated meal.

Inside and Outside the System 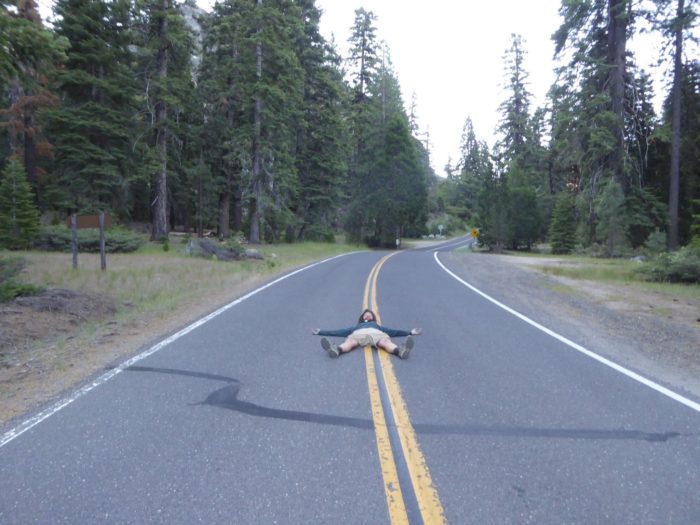 Thru-hiking occupies a strange space, caught somewhere in between bucking the system entirely and depending on it to exist. Many thru-hikers seek refuge in the woods, fleeing an increasingly commercialized and cynical world they don’t want to be identified with. Yet without government support and vigilance, thru-hiking trails as we know them would cease to exist. So it is with hitchhiking along trail: thru-hikers have given up, for a time, on driving, choosing instead to walk thousands of miles, but if the system disappeared–in this case, the highways, roads, and car culture of America–they’d rarely be able to enter towns to get the things they need.

These contradictions are important to note, not least because there will always be hikers who see free rides and free trails as a right rather than a privilege.

I think it’s a shame that hitchhiking has by and large disappeared from the public consciousness outside of the hiking world. But that will remain the case for as long as we allow our culture to exist as one that fails to teach men not to prey on women, as one that values the economy over the environment, as one that increasingly seals people away into hermetic worlds without a sense of community and trust.