But the convergence of socialist ideas and the land on which thru-hikers tread is not merely a coincidence of time. There are cultural ties to be found between the socialist movement and the hardcore hiking movement, a marriage that feels important to understand today. 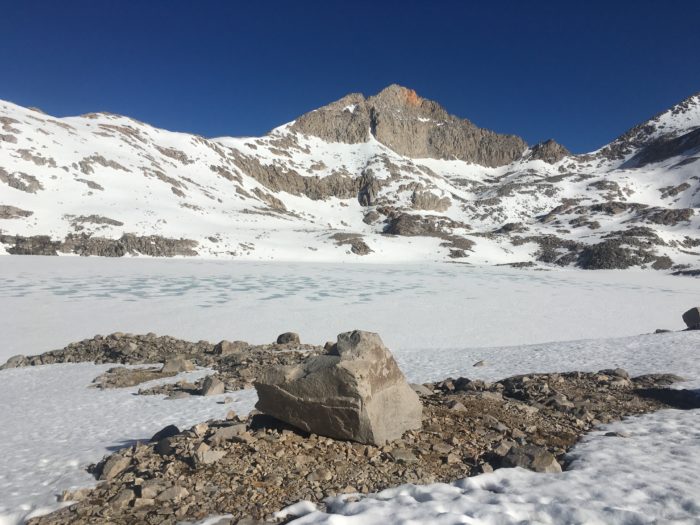 To understand the link here, I think it’s important to first understand some basic tenets of socialism:

While John Muir was not an avowed socialist, he nevertheless found himself defending that first principle in 1897. That year, Muir saw his friendship with Gifford Pinchot (whose namesake forest PCT hikers traverse in Washington) end bitterly over a public lands dispute. Pinchot believed that outdoor conservation efforts should focus on managing natural resources for long-term commercial use, while Muir saw them as an inherent end that should be preserved for their own sake and the public’s. Prioritizing the ecological, spiritual, and community value of the natural world over the profit to be milked from it was a lifelong project of Muir’s, a battle still being fought worldwide today.

But John Muir, for all his accomplishments, was just one man. So what does socialism have to do specifically with the world of thru-hiking?

It comes down to the place where values meet action on the need/have axis. The thru-hiking community is a unique amalgamation of people from every walk of life, and the approaches to completing a thru-hike are as varied as the hikers themselves. But at the core of the community is a sensibility that seems to run counter to our national culture of cold, utilitarian Protestantism. It is one, fundamentally, of taking care of one’s fellow hikers on trail, no matter what.

Ask any past thru-hiker about the people they met along the way, and you’ll be flooded with stories of community and care that have little to do with friendship or utility. Thru-hikers are taken care of by other thru-hikers and trail angels simply because they are human beings, not because they’ve passed a means test or even achieved anything in particular. My own journey was littered with experiences of PCTers sharing food, fuel, and even gear with others who had less or none.

To wit: Three days from Vermillion Valley Ranch, a group I was with teamed up to feed, give medicine to, and share trekking poles with another hiker we’d just met who’d fallen in a creek and lost most of what he had. He was no friend of ours; he met no requirement for our resources other than that he had less and we had more. It was never even a question: we helped. Another hiker I met gave two of his three liters of water to a struggling dude who had misread the water report and was going to be without a drop for the next 18 miles of desert otherwise. So it goes.

A radical vision of caring 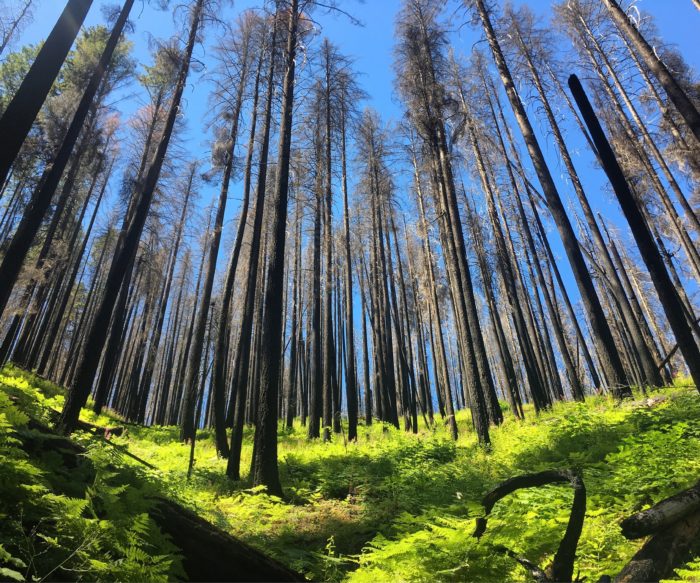 It’d be easy to write off my designation, I know–since when do basic human kindness and self-sacrifice equal socialism? But these incidents are a microcosm of the thru-hiking community as a whole, one which is predicated on communal living, communal success, and communal care.

From where does this radical vision of caring come? (And make no mistake–in our world, it is radical.) Is it because on trail the fact that we live in a difficult and dangerous world becomes that much more apparent? Is it that thru-hiking is neither a race nor a competition, so there’s nothing to incentivize leaving a fellow hiker behind? Is it that the outdoor community, from thru-hikers to whitewater raft guides, is naturally predisposed to a more gentle and thoughtful way of living?

Whatever the reason, the ideals of common contribution to the common good are alive and well on America’s thru-hiking trails. The Pacific Crest Trail itself is maintained by the good graces of volunteers and donors, many of whom are former thru-hikers themselves. They’ve claimed stewardship–not ownership–over these important public lands to ensure their long-term viability, Muir-style. Adherents to Leave No Trace principles abound on America’s trails, too, a sign that hikers have committed themselves to long-term preservation of the wilderness rather than single-use exploitation of it. It is telling that the PCT permit doesn’t cost a cent; in theory, this unique and gorgeous bit of Americana is open to absolutely everyone.

No escape from politics

There are undoubtedly breaks in the chain that connect socialism and the great outdoors, the cultural shift toward ultra-expensive ultra-light gear being just one signifier that capitalism is alive and well in the hardcore hiking community. (It is easier, as the saying goes, to envision the end of the world than it is to envision the end of capitalism.) Many people will balk at the claim strictly on principle; thru-hiking, they might well maintain, should be an escape from politics rather than a conduit for understanding politics.

But it was no less a politician than Teddy Roosevelt who once said of the purpose of National Parks system, “It is the preservation of the scenery of the forests and the wilderness game for the people as a whole, instead of leaving the enjoyment thereof to be confined to the very rich.” Roosevelt, a trust-buster and champion outdoorsman, understood well what consequences could be wrought by unchecked capital’s meddling in public land. For thru-hikers and regular humans alike, there is no escape from politics. 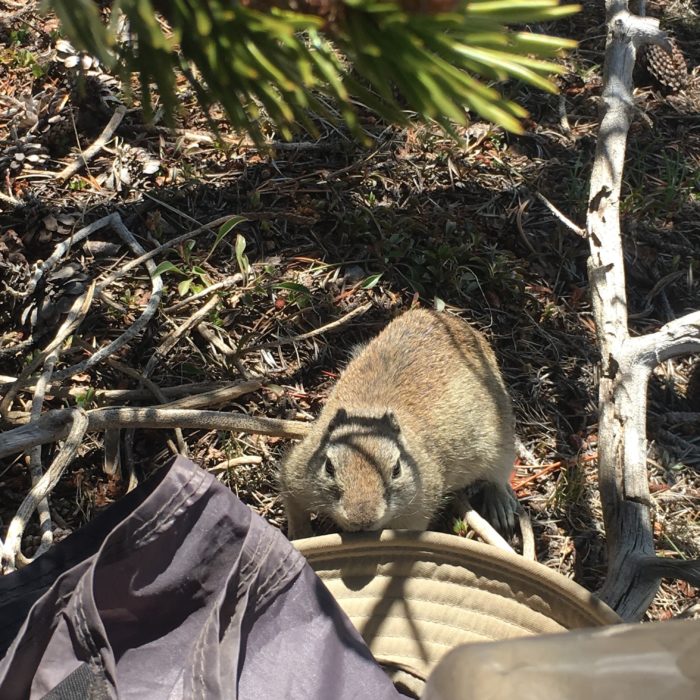 Pictured: a rodent seizing the means of production

As a closing thought, I’d like to skip back to tenet no. 3 above: the right of workers to own their own labor and engage in fair work practices. I met a half-dozen Germans along my thru-hike, and each told me the same thing when talk of jobs inevitably arose. To a person, they’d negotiated six-month sabbaticals with their employers, with a guaranteed return to their jobs when they finished the trail.

(Fittingly, it was the German Naturfreunde who set the international standard for the collision of socialist ideas and an appreciation for nature, with thousands of workers and socialists taking to the woods to preserve and drink in all they saw, starting in 1933. Scions of nature and the protection of workers like Curt Grottewitz rose to prominence in this same era.)

Mein Gott–can you imagine such a thing being common practice in America? This idea that you are not infinitely replaceable, that you are worth more than your paycheck, and that taking half a year to produce nothing other than a more complete sense of self is worthwhile is an alien one on these shores. A drastic rethinking of why that is, and how it might be changed if socialism were less of a dirty word, would benefit us all.