By the Numbers: Sleeping Pads on the Appalachian Trail

Also, check out the previous post covering which sleeping bags 2015 AT thru-hikers used.

I admit, my sleeping pad was just an afterthought during my thru hike.

I extensively researched sleeping bags, but when it came to pads, I just scavenged my parent’s basement for an old yoga mat.

So yes – sleeping pad options are arguably more straightforward than shelter systems, stoves, or other gear items. However, upon surveying 156 long-distance hikers who walked the AT in 2015, I found that sleeping pad choices were more interesting than I expected. 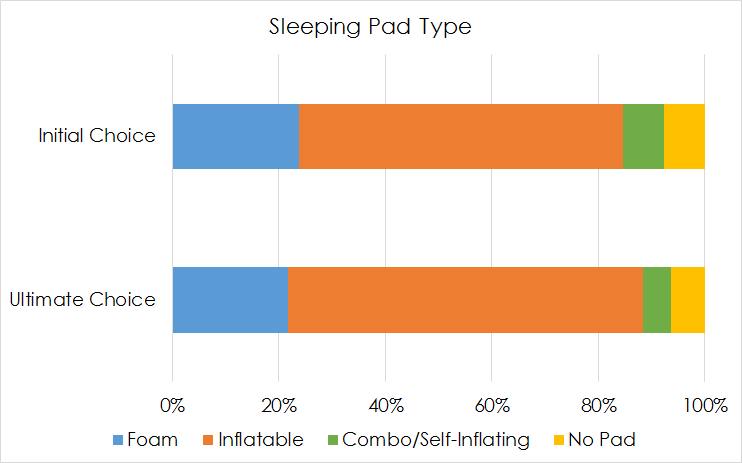 However, upon examining pad type compared to shelter system, some differences in pad preference emerged.

Hammockers used foam and combination pads to about the same extent as other hikers, but were much less likely to use inflatable pads and more likely to use no pad at all.1 Based on my personal experience, inflatable pads inside hammocks don’t work very well at all. Underquilts are generally optimal for hammocking. However, I chose a foam pad because it worked OK inside a hammock and also worked when sleeping in the shelters/lean-to’s along the AT.

Alternatively, tenters were less likely than users of other sleep systems to go without a sleeping pad.2 It makes sense that hikers who want more comfort and protection in their shelter system would likely prefer to use a sleeping pad.

Not only did we find that sleeping pad type was associated with shelter type, but we found that hikers who changed shelter systems were also 2.6 times more likely to change sleeping pad types (even after accounting for distance hiked, age, and gender).3 This suggests that it isn’t just important to have a good quality sleeping pad; it is important to have a pad that works well with the sleep system you chose. Be prepared to change pads (or be uncomfortable) if you change sleep systems, and vice versa. Because sleeping pads are generally cheaper and simpler than shelter systems, I suggest first testing out and determining your shelter system and secondly choosing a sleeping pad.

The predominant brand of sleeping pad was Therm-a-Rest, used by 91 out of 156 hikers in the survey. 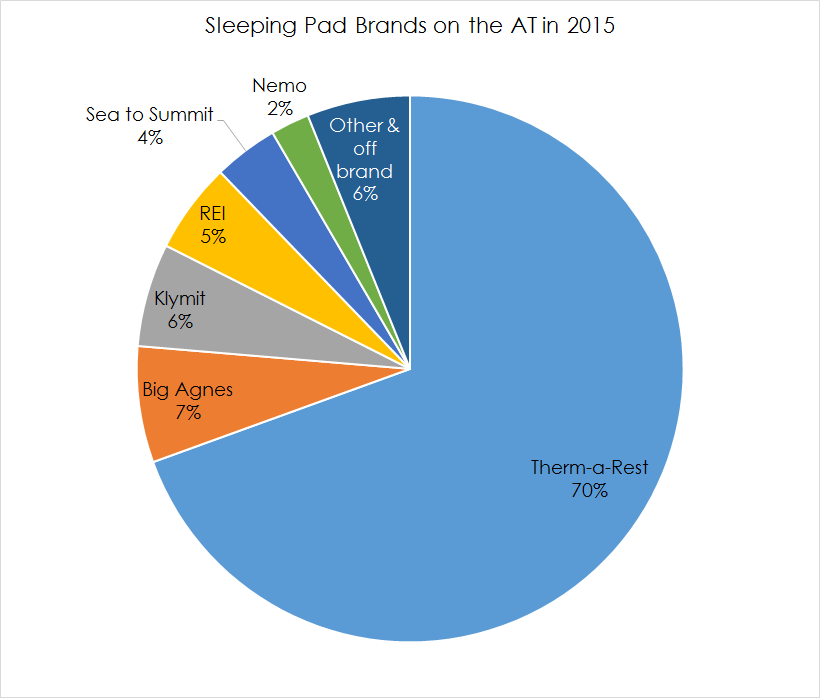 The most popular foam pad models were from the ZLite/ZLite Sol series, used by at least 15 hikers. 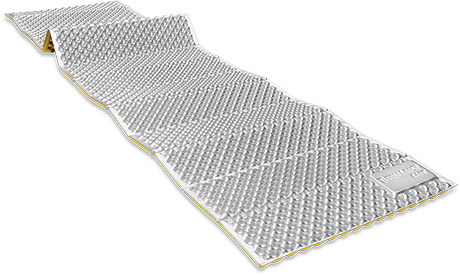 The Therm-a-Rest NeoAir pads – including NeoAir Trekker and NeoAir XLite – were the most popular inflatable pads, used by at least 42 hikers in the survey. 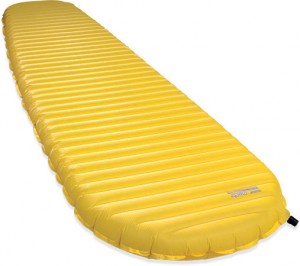 The common combination/self-inflating pads were from the Therm-a-Rest ProLite series (13 hikers). 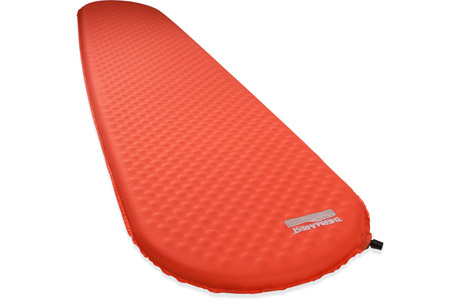 Congratulations to all who completed section and thru-hikes in 2015, and many thanks to those who participated in the survey. Thanks also to Zach Davis for his assistance.

More Gear By the Numbers

This is the fifth post in this series from our 2015 survey. Check out the previous posts on backpacks, sleeping bags, footwear, and shelter systems.