I was sitting on the couch in my Brooklyn apartment on Saturday morning, sipping coffee from my favorite mug. I admired it’s speckled glaze and exposed clay surface. The colors reminded me of Utah and Arizona, and the mug itself reminded me of Woods Hole Hostel in Virginia, where I made the purchase during my 2016 thru-hike of the Appalachian Trail. The mug was made by artist and hostel owner, Neville, who encouraged me to continue pursuing art after my hike. At the time, I was fully convinced. The only thing that I believed for sure was that there was no way I could return to the same lifestyle as I had before trail. Good plan, right? 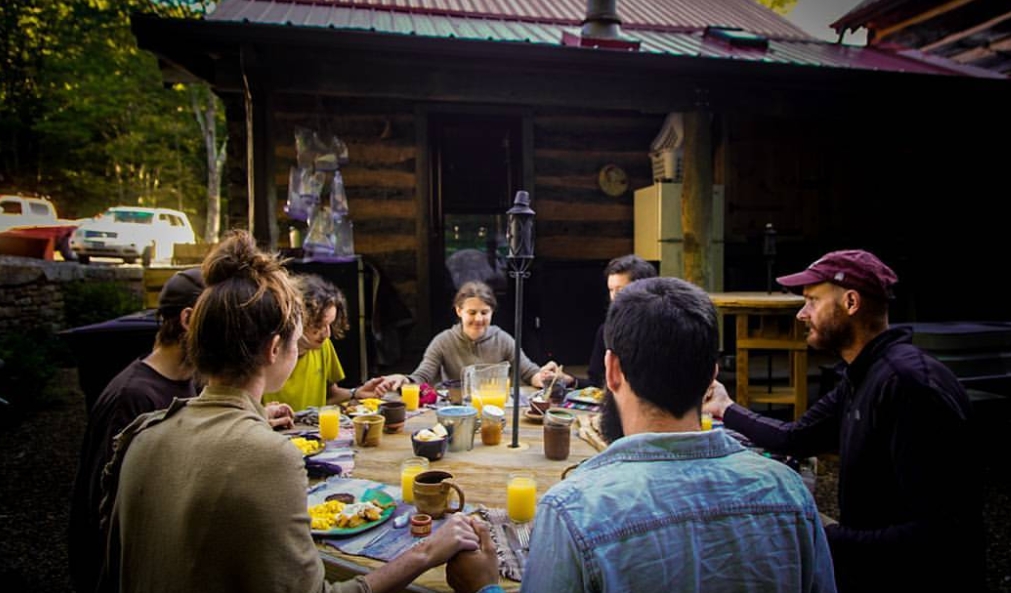 Well, as it turns out, I went on to hike the Pacific Crest Trail just months after returning from the AT. It would make sense if I announced that with these experiences came the inability to reintegrate in an urban setting. Perhaps I would have written about relocating to one of those small woodland or mountain towns I discovered on trail. Perhaps one day I will. But until then, to everyone’s surprise (including my own), I am back in New York.

Returning from trail is difficult for most hikers, which is why many of us continue to get back on trail as soon as we can. See, there are very few experiences that compare to the long distance hiking – or any big life accomplishment. To compare all future experiences to something so deeply life-altering is just a set up for missing out on the magic that happens around us daily. I’ve spent a longer period of time back in New York than I had spent on trail and as strange as it sounds, I’m beginning to realize that the connection I have to the earth can still apply in the city. After all, I’m still on this earth, regardless of how much pavement is covering it.

Because so much of what I’ve learned in the wilderness transcends the wilderness, I started to think about commonly used phrases that are used quite frequently in the world of thru-hiking. They’re not mind-blowing realizations, but perhaps they’ll strike a chord in someone. And I don’t feel like the impact should be limited to only the hikers that come across such words on this big adventure. In fact, I find that I use the phrases even more so in my daily life now. So! In no particular order, here are a few of them:

This may be the most commonly used phrase on trail when it comes to battling the desire to give up. I remember hearing it on my first day on trail. The elaborate logic is just that you’re never going to want to quit on a good day, so if you can just stick with it on a bad day, you’ll never toss in the towel. It seems simple. But like most things that seem simple, it’s not.

What I have come to realized is that when you decide to quit on a bad day, you’re missing out on the possibility for good days ahead. You’re also missing out on the opportunity to look back on that bad day and realize either it wasn’t as bad as you thought it was, or that you’ve become stronger with that experience.

The problem with this is sometimes people stick with something purely for the sake of not giving up. This tends to lead to resentment in the same way that quitting something just because you’re having a bad day will most likely lead to regret. Some days, I don’t know how any of us get through the bad days; But if you believe in your heart that your thru-hike or job or relationship or life itself is worth pursuing and continuing to work towards, even when it’s a struggle, connect to that worth. Breathe it in and remind yourself that pain is temporary.. And in that case, never quit on a bad day.

“Leave it better than you found it.”

The original phrase here is “leave no trace” and it is a movement of sorts intended to create a proactive community among hikers and encourage everyone to enjoy nature responsibly. Leaving it better than you found it is taking that same idea one step further. In nature, this can be as simple as not only packing out your own trash, but picking up a wrapper that someone else may have left behind. It includes protecting the wildlife, only camping in designated areas and leaving nature the way you found it.

As humans this can mean so much more. One big problem here in America is that it’s common among Abrahamic religions to feel that, as intellectual and spiritual beings, all of the world’s resources are ours for the taking. In other words, we can drill, strip, control and essentially rape and murder the earth for our own comfort and convenience. In some cultures throughout history, nature was a luxury only enjoyed by those of a certain social or economic class. Of course it’s not necessarily true to say that religious and affluent people feel this way, but many people tend to forget that nature transcends our human labels.

The good news is that in my experience I have found that most people who place themselves in nature these days are aware of the responsibility and impact that they have. In the same sense, most people who are aware and mindful in general have the ability to leave the entire world better than they found it. Leave your friends, your exes, your jobs, your home, your friends homes better than you found them. And one day, hopefully in the very distant future, you’ll leave this earth in that way, too. It will be a much better place for you having been here. After all, we are not inheriting the earth from our ancestors, but borrowing it from our children.

“It’s only fun once you accept that it’s difficult.”

I wish I could credit this quote to someone, as it was the one that resonated with me most. Often times, people who don’t understand endurance sports (or even passions that require a lot of self-discipline) boil it down to being “intense” or “masochistic”. The truth is, I’ve always understood that the challenge was part of the enjoyment for me. What I hadn’t connected until hearing this was that there is a step-by-step process to finding the enjoyment in challenges.

You don’t just admit or acknowledge that it’s difficult, but you fully accept it. Then, and only then, are you able to realize that even in those difficult moments, you can have a whole lot of fun. If you don’t accept that it’s difficult and instead complain and fight against it, you’ll just convince yourself that the only way to have fun is to get through the difficulty first. Many people do tend to live this way, but I assure you it’s not an enjoyable route to take.

But all in all, it holds strong. Finding an apartment and planning a wedding became much more fun (or at least much less stressful) after we accepted how difficult those tasks can be. Building a resume, being married, starting a family (no I’m not pregnant, it’s an example) all seem to fall into the “fun after accepting it’s difficult” category. So does writing about life after trail.

*This is not to say that everything that’s difficult is somehow fun after it’s accepted. I still stress out when I think about the night at White Fork Creek. I can still feel my leg dangling beneath snow crossing Mather Pass. I’ve accepted that finances are difficult, but that’s not getting any more fun, either. But it’s worth it in difficult times to ask yourself, if you accept the difficulty, could it maybe (just maybe) be a bit more enjoyable?

“Hike Your Own Hike”

Oh, yes. It made the list! While often times shorted to “HYOH!” and sarcastically used between hikers synonymous with “Ok, whatever, dude,” the message behind this one is beautiful. In fact, most open minded people would agree with this quote, regardless of where your interests lie.

Hiking your own hike doesn’t mean to go through life alone without anyone elses advice or presence. It means that taking all of the knowledge, passion and connections that you’ve acquired, and move through the world with that as your guide. Your experience is fully your own and you have the right and responsibility to move forward in a way that’s fitting to you. In many communities (including hiking), people tend to judge others for their possessions, attire, preferences and personality traits. What’s beautiful about hiking your own hike is that the more you live by it, the more accepting you will become towards those who have also chosen their own path.

There you have it. And while there’s so much more I could have included, I find that I needed to stop somewhere. I’d love to hear — what’s your favorite bit of trail wisdom that you’ve been able to apply to post-trail life?

my trail name is woodchuck and will remain woodchuck because it was tattooed on the bicep of a man in Damascus. I hiked the AT sobo in 2016 and flipped around on the PCT in 2017. I'm currently living in Brooklyn and working toward becoming a certified trail guide. Come hike with me.