This segment began my experience with the monsoons. Up until then I had only been caught in afternoon thunderstorms or hailstorms and had grown accustomed to their challenges. This was a multiday onslaught of cold rain and dense, fast-moving fog. I would say I’m exaggerating, but after talking to many hikers after I finished they always responded with the same awe when I told them I hiked through the monsoon weekend. “Oh man, we took one look at the weather and double zeroed!” 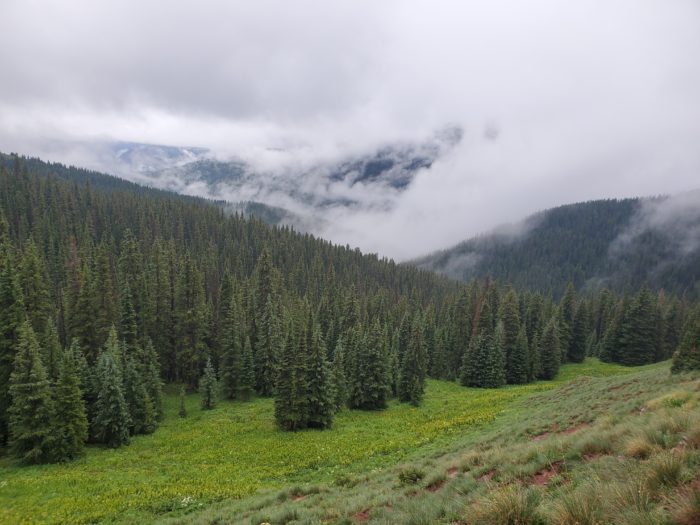 The photo for this segment was the only view that I had for the morning and it lasted for about three minutes before the dense, fast-moving fog covered it up again. My phone was barely responsive to my wet and frozen fingers as I snapped it. As unenjoyable as cold and rainy days can be on trail, I knew the alternative was stopping to set up camp for the day, which was not something I intended on doing. At this point, I was still happy to continue despite the conditions; if there’s anything I’ve learned about myself and my limits it’s that I can put up with any misery on trail for a day.

The rest of the first monsoon day stretched into the next segment. The entire day had been held prisoner by the dense fog and cold rain. On the last climb of the day, one with a steep grade that challenged my already-exhausted lungs, the rain became a drizzle and then slowly came to a stop right as I crossed over the top of the ridge. Even though the climb had been shrouded in fog, on the other side of the ridge it was somewhat clear and incredibly gorgeous. I could still see the clouds covering the valley below, but now I was above them. Within a few minutes, though, my view was covered once again and the drizzle began to steadily return. 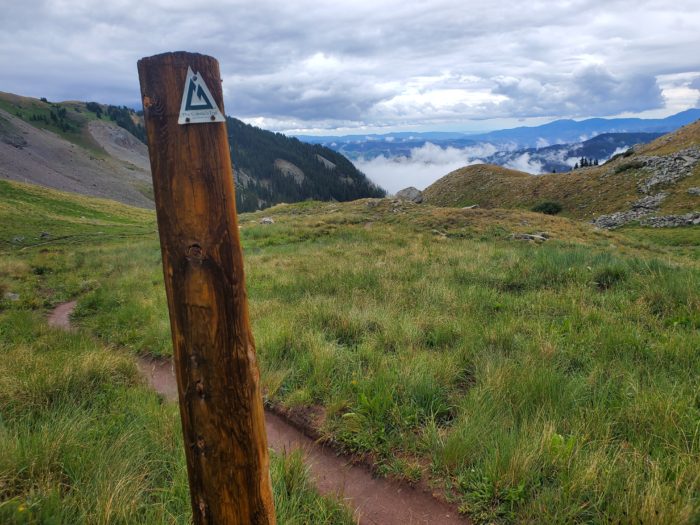 I always take fewer breaks on rainy days and push farther on if it continues to rain into the evening. Who likes setting up camp in the rain? I ended up hiking 28.5 miles that day and found a great campsite next to the last water source for 14 miles, which was convenient for my hydration’s sake, which had also suffered during the rainy conditions.

Although I like to think I can put up with any misery on trail for a day, the second day of misery in a row really can take its toll. I awoke just as I did the day before: to the sound of heavy raindrops on my tent. I had slept in an hour later than usual and scrambled to survey my gear. The backsplash of the rain on the fine dirt of the campsite I had chosen had caused my entire pack, shoes, socks, and outside of my tent to be covered in fine, sticky, wet dirt. What do you do when you wake up with muddy gear, wet hands that don’t fit in your gloves, dehydration, already soaking wet clothes, to another full day of hiking with no promise of improving conditions? You call your rescue Dolphin, of course! 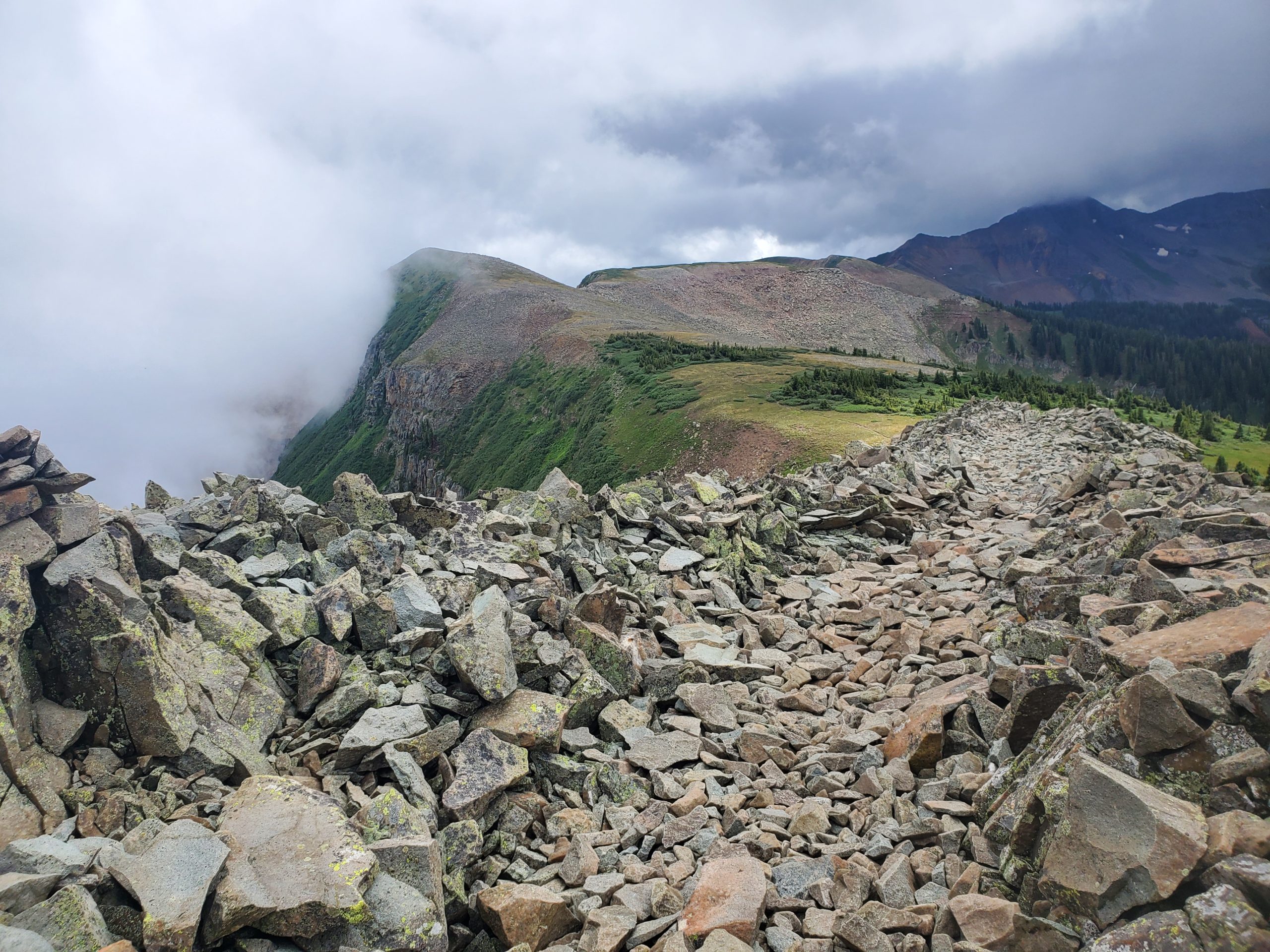 Well, what actually happened was I managed to send Legs one text with my frozen fingers on my wet phone screen and couldn’t bear to take it out again to see if he responded to my complaints about the day. A few hours later he called and by some miracle we both had enough service to arrange a bailout point. It meant I had to finish out the hiking day in the cold rain again but I was easily motivated by the promise of salvation from the storm that night. Legs met me that night at the end of the segment, leaving 23 miles to Durango that I could easily slackpack with Thru the next day. As I snuggled into the warm blankets on the RV, dry and with a tummy full of Jimmy John’s that Legs brought up, I was too exhausted to be kept up by the anticipation of finishing the hike the next day and drifted into sleep.

The last segment is a long descent into Durango. I barely felt like a thru-hiker as I took off down the trail that morning with Thru by my side and a day pack replacing my still-soaked backpack. There were plenty of water sources along the trail for Thru and she enjoyed frequently darting off trail as far as her six-foot leash would allow her in pursuit of some unknown prey.

The last 20 miles or so felt nothing like the end to my last thru-hike. I had so much anxiety before climbing Mount Katahdin at the end of the AT that I could barely sleep the night before. I think that mostly stemmed from the changes to my life that would occur once I summited that mountain and how unsure I was about what I wanted to do in the months following my thru-hike. This trail, however, was different; I knew who was waiting for me at the end and what our plans were. The trail depression that most hikers get after finishing a hike wasn’t there for me because of the length of the hike and the fact that I am still traveling and hiking and enjoying nature through immersion with my family. I finished the Colorado Trail happy for the experience I had mostly on my own and I am happy to be back where I feel I belong, excited to jump into the next adventure.