A hiker awakens suddenly to the sight of a shadowy figure crawling toward them, and they try to scream, but there is only silence—and the thick boreal forest that surrounds them for miles in every direction. Another hears whispering voices echo in the trees, but no one is around. A nightmare figure stands sentinel outside a hammock, returning night after night to terrorize the hiker within.

Strange things can happen under the cover of darkness—especially when you’re all alone, with only the thin wall of your tent and a mini pocket knife to “protect” you.

In honor of spooky season, our readers submitted some of their most harrowing trail tales for your reading pleasure. Hikers beware—you are in for some seriously scary stories, so read on, but only if you dare… 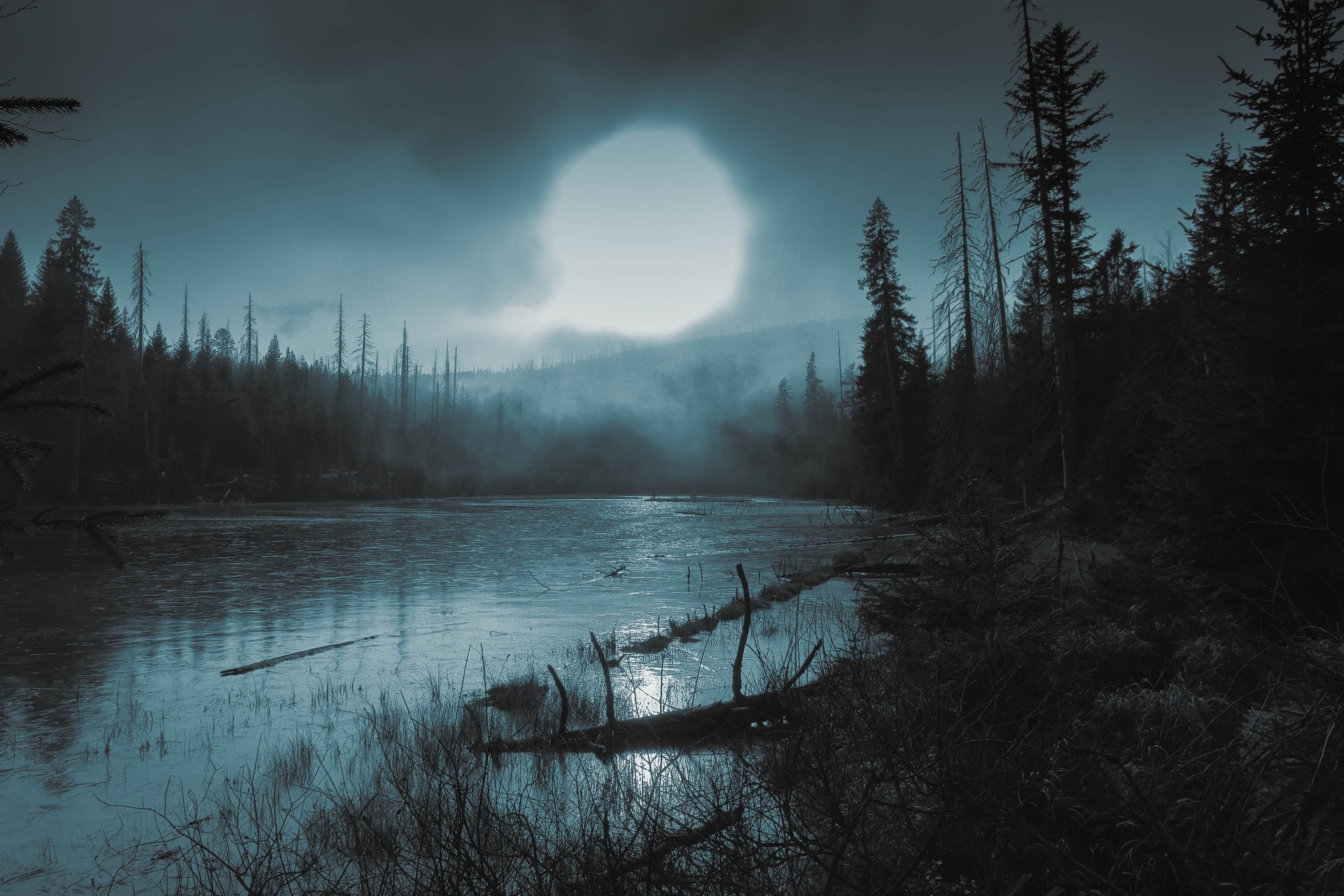 “Imagine pitching your tent in a spot that faces a peaceful view: a shimmering blue pond, luscious green trees that trace the horizon, and the beaming sun setting behind it.

Now imagine waking up to that same view but in a different light — an eerie, moonlit light. You see a demonic creature on water, crawling towards you, but you can’t make out what it is. It looks like a shadow with hollow eye sockets and contorted limbs. It makes its way into your tent and sits directly on top of your chest. Your instinct tells you to run away, but you can’t move a muscle. You scream for help and feel your vocal cords straining, but you don’t make a sound. Your mind is awake, but your body is asleep — a glitch in the neural pathways known as sleep paralysis.

I struggle with sleep paralysis at home, but I’ve learned to calm myself down as I go through it. The creature appears. It comes towards me and sits heavy on my chest. I actively remind myself that this isn’t real, I’m safe at home, and the hallucination will pass.

I experienced sleep paralysis at Pierce Pond in Maine. Going through it on trail, in the woods, is a terrifying feeling, and finding ways to calm myself down seemed impossible in a place that was unfamiliar. I tried to scream. I wanted to run, but even if I could, where would I go? I was helpless. It eventually passed but continues to haunt.”—MJ “Relay” Hibionada, from “Sleep Paralysis at Pierce Pond” 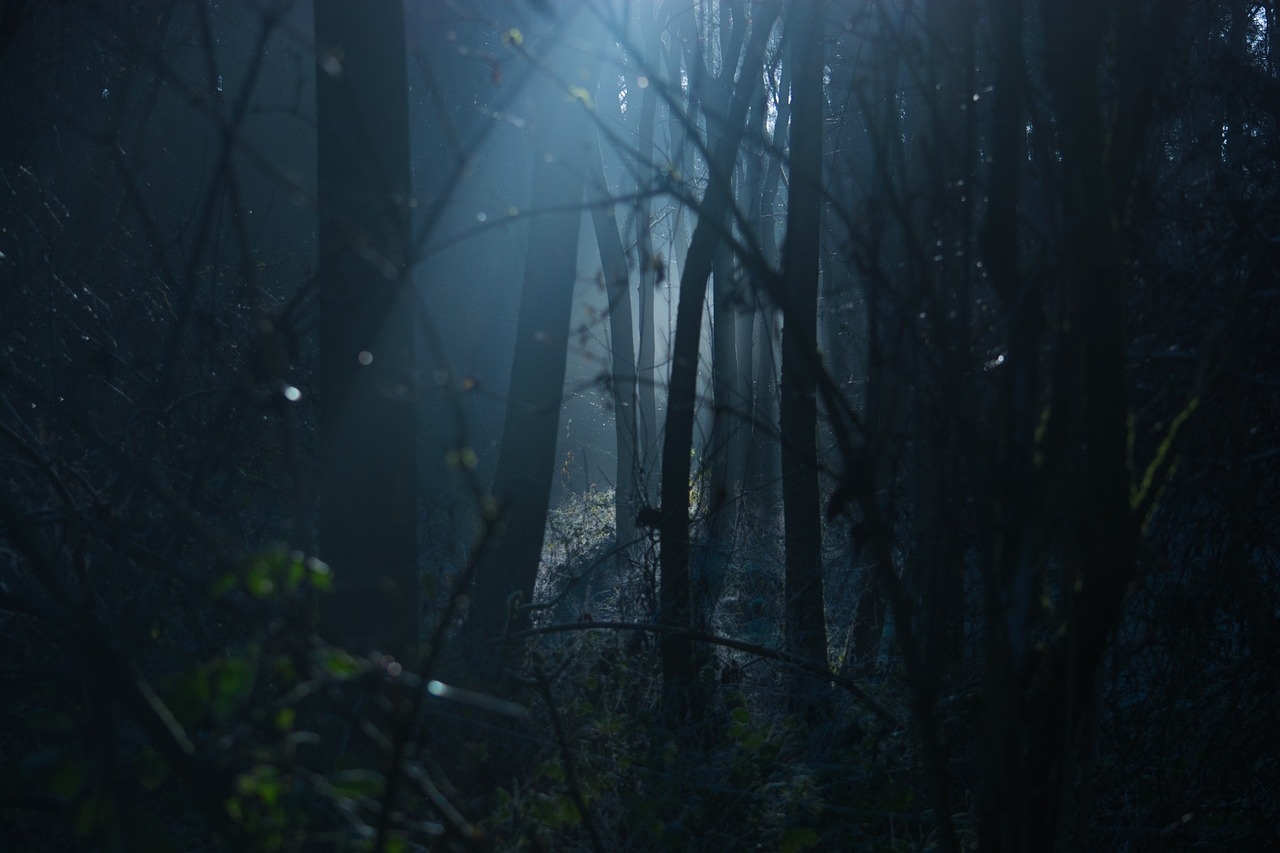 “Have you ever heard voices on trail? No, this is not about not having enough to eat or spending too much time alone! It’s the voices of those who went before.

Surprisingly, it was a gorgeous day – clear, sunny, warm – as I walked up the Grand Portage from Lake Superior to the Pigeon River. All alone, humping an old-school backpack that weighed more than a single night’s journey required, I made my way up the seven-mile wooded trail towards the Pigeon River, which separates the United States from Canada and is part of the super-highway of rivers and lakes in the boreal forest of the north.

Perhaps it was my suggestibility after visiting Grand Portage National Monument, where I saw pictures of squat Frenchman in their white tunics and audacious red sashes, packs carried less on shoulders and more by a “tump-line” attached to their forehead and loaded with 100 pounds of gear and goods. Or maybe it was that this trail had been used for over 2,000 years.

Whatever it was—my mood or crossing to the hereafter—the wind in the aspens turned to whispers, voices in many languages, some singing, some sharing gossip, discussing how many rods – or the time it takes to smoke down a pipe – this trail lasts. I never saw anyone, though I did feel a gentle breeze as Voyageurs and First Peoples passed me. Was I scared, you ask? Not all. Just fascinated with my spooky ghost-haunted hike.”—Alison “Blissful Hiker” Young 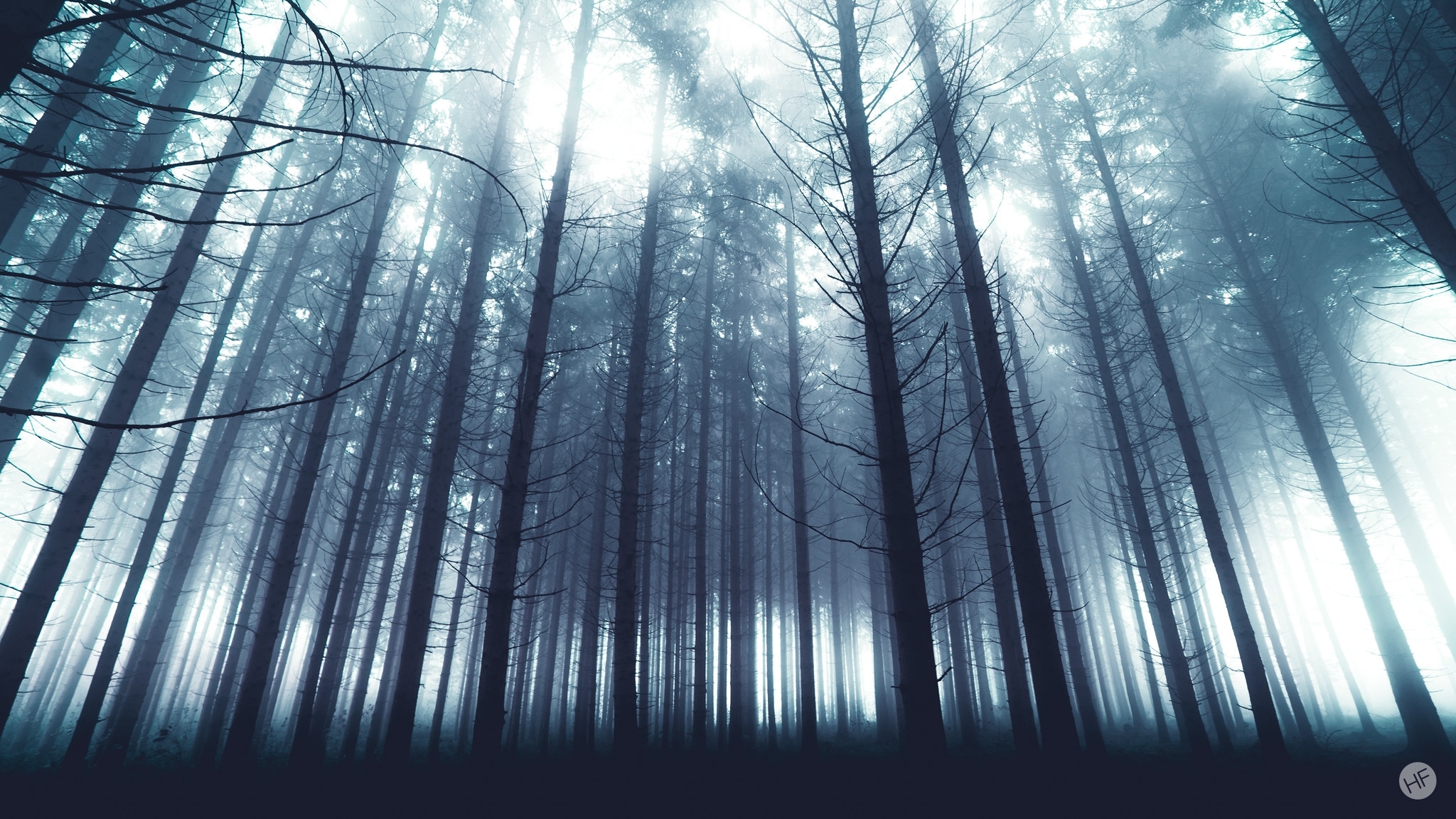 “It was some years ago, hiking near Mt. Shasta with a friend of mine. We had just settled in for the night, cowboy camping by a fire with cold beers and two steaks cooking. Then, out of literally nowhere, my friend hit a tree with a log several times. He told me this was Bigfoot country and this is how they communicate. I was a little baffled by it—might’ve been the beers.  I told him to try again.

He did, and then several minutes later, we heard four knocks in the distance, loud ones, like something big hitting a tree. I got chills then because we knew no one else was out there. Several minutes passed, and it happened again. We could both hear something large moving in the forest: four more knocks, then two about 100 yards away.

We were both packing camp as quickly as could be. We could hear it moving in the forest about 20-30 yards away. Now, I’ve heard grizzly bears, elk, and moose before, but nothing like that. I’ll never forget that night.”—Jerry “Quickbeam” De Jongh

Sweet Dreams on the AT 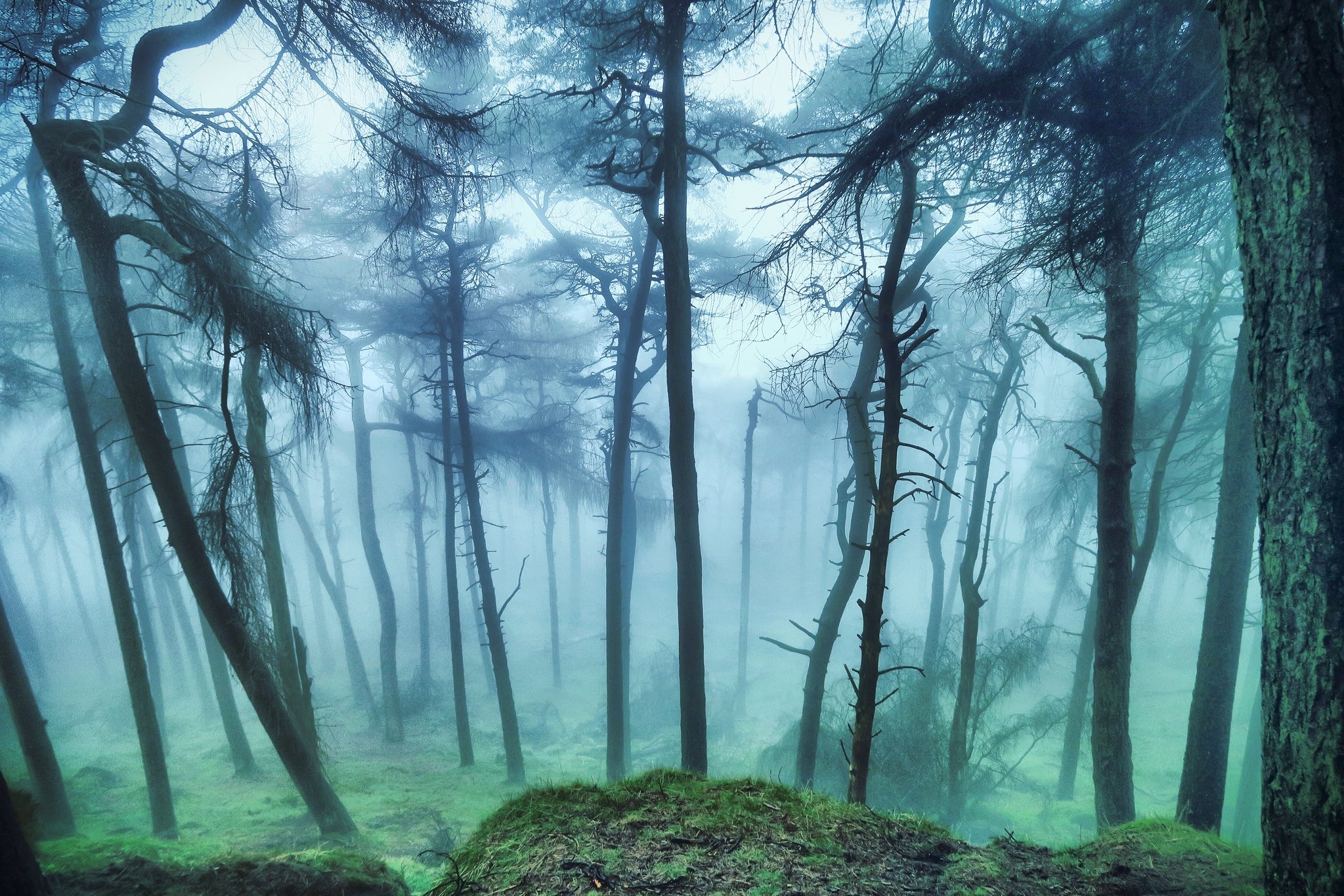 “I did a LASH (long-ass section hike) last year from Maine to Vermont. Multiple nights on the trail, I woke, crying out in my sleep (according to fellow hikers, at least), after having a recurring nightmare.

In my dream, a tall, dark figure stands at the storm door of my tarp, looming over me as I sleep in my hammock. Each time I had the nightmare, it was worse… I’d have a difficult time getting back to sleep, being severely creeped out.

The last time I had it, the figure cut the line on my hammock, and I woke when, in my dream, I hit the ground. Terrifying! I’ve literally never had that dream hiking anywhere other than the Appalachian Trail.” —Gerry “Newton” Ryall 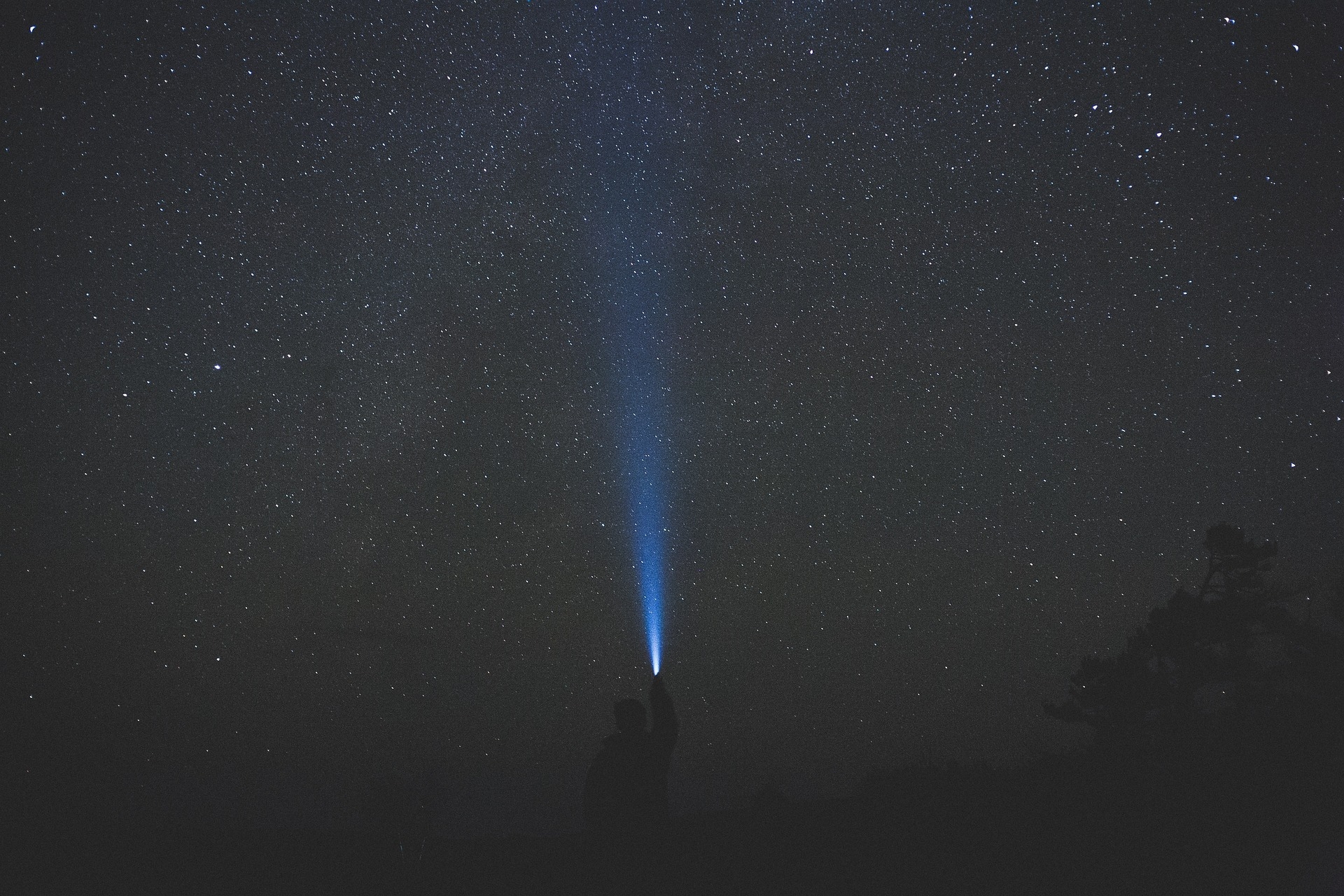 “I talked my niece, her boyfriend, and their kids into walking the trail after sunset. That night in the desert, the sky was on full display. We could see the Milky Way from one horizon to the next. I had a high-powered, cordless spotlight that, at the time, was one of the most powerful. As we walked the trail, we saw a star-like light in the sky that flickered. I remarked on how the spotlight left a beam in the sky. I pointed it at the flickering image and turned it on and off five times in rapid succession.

Immediately after, five equally timed pulses shot from that source, bolts of light to us from the sky. Instant panic surged through everyone as we instantaneously sought refuge (as if it were available). For the next 20 minutes, we tried to find our way back to our vehicles without the aid of light absent the night sky.

To this day, we try to make sense of that event and recall how freaked out everyone, including the adults, became.”—Kory Syverson

Did you get enough of a scare? Check out more spooky hiking stories in this special episode on Backpacker Radio. We wish you all a spook-tacular Halloween!

Be sure to subscribe to The Trek’s newsletter so you never miss an update.

Hey y'all! Rachel aka "Dobby" here. I recently finished my low-waste thru-hike on the PCT (Sept. 8) - whoot whoot! More about me... I use she/her pronouns. I'm from Western NC, just outside of Asheville. I called NH home for a bit as well! I love all things nature (obviously) and when I'm not hiking, I'm probably reading, writing for this site, or hanging out with my dog Lily. Happy adventuring and thanks for following along! :)