Nancy Phillipe, a Yosemite fire information spokesperson, told the AP that officials were hopeful that a sprinkler system within the grove and several recent prescribed burns would be enough to protect the trees.  The grove houses over 500 mature giant sequoia trees, some possibly over 3,00 years old.

Wawona, a small community and campground within the park, has been evacuated. The southern entry into Yosemite National Park is closed due to the fire. While the rest of the park remains open, smoke obscures many of the views, and air quality has become “unhealthy.” Smoke is expected to drift west, and officials have issued an Air Quality advisory in the Bay area for Monday July 11.

Mariposa Grove was first protected as a site for “public use, resort, and recreation” by Abraham Lincoln in 1864. This was the first public land protected from development for recreational purposes—an important forerunner to the National Park system established in 1916. 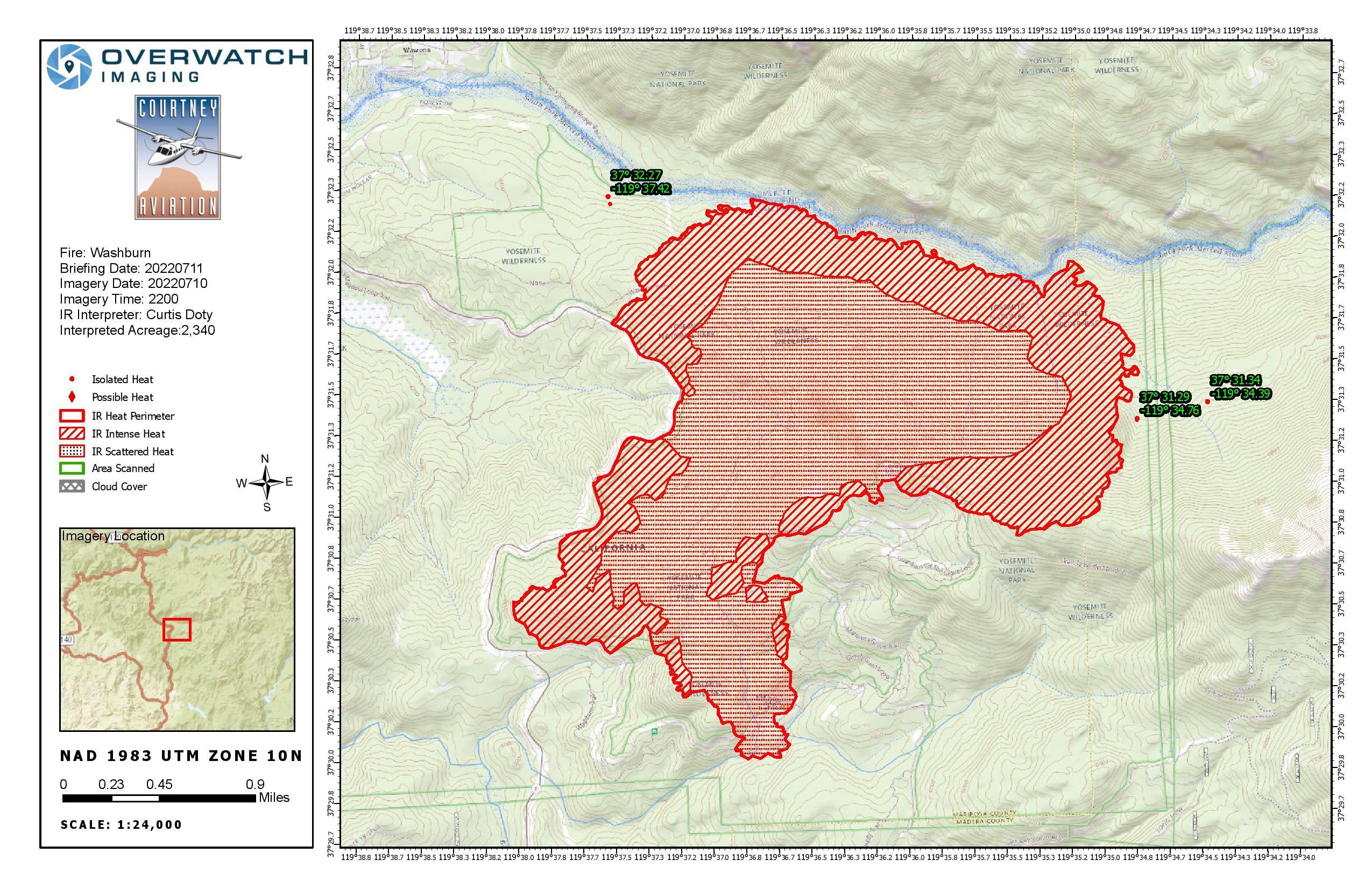 The Washburn Fire. Image from InciWeb.

While giant sequoia trees are more fire-resistant than other trees, since 2015 more giant sequoias have been killed than ever recorded due to higher-intensity fire. According to NPS, Over “85 percent of all giant sequoia grove acreage across the Sierra Nevada has burned in wildfires between 2015 and 2021.” In comparison, only 25 percent of grove acreage burned in the previous century. Fires are estimated to have killed over 75,000 large sequoias, which only grow in the Western Sierra Nevada between 4,000 and 8,000 feet above sea-level.

Fire can be beneficial to sequoia trees, as heat opens up sequoia cones and a cleared forest floor allows the saplings to take root. But in very severe fire, the cones burn and the seeds are killed.

Fire is an integral force in a healthy forest ecosystem, but a century of fire suppression and climate change have set the stage for severe fires to enact unprecedented destruction.

An Early and Fierce Fire Season

According to the AP, New Mexico saw its “largest wildfire in record history” earlier this year. The fire was a result of two prescribed burns that grew out of control, leaving hundreds of homes destroyed, and forcing CDT hikers off trail.

Firefighters are also currently fighting the Jacob City Fire, a 3,766 acre wildfire in rural Utah, whose smoke is drifting into Salt Lake City.

You can track ongoing wildfires here.