What Does it Mean to be an Ethical Hiker?

The AT is crowded. We’ve heard about it, seen the jammed campsites, and witnessed the effects. There are ways to mitigate the negativity though, and they start with you. We asked a crew of section hikers, thru-hikers, and general trail lovers what it means to be an ethical hiker, and here’s what we got. Keep these in mind on your thru-hike, or next time you hit up a section of trail. While the vast majority of people follow all of the below practices, it’s take all of us to maintain the integrity of the Appalachian Trail for the surrounding ecosystem and future generations of hikers.

So, what does it mean to be an “ethical hiker?”

Respect the resource. Those who will be coming behind you are affected by choices you are making now. Let their hike be as awesome as yours.
-Cosmo, Ongoing section hiker

Some of the finest elements of the wild are the opportunities for isolation and lack of human authority. That gives women and men the freedom to act as they please. An ethical hiker acknowledges their impact on the land and acts to minimize damage despite that lack of authority.
-Stephen ‘Lorax’ Eren, 2014 NOBO 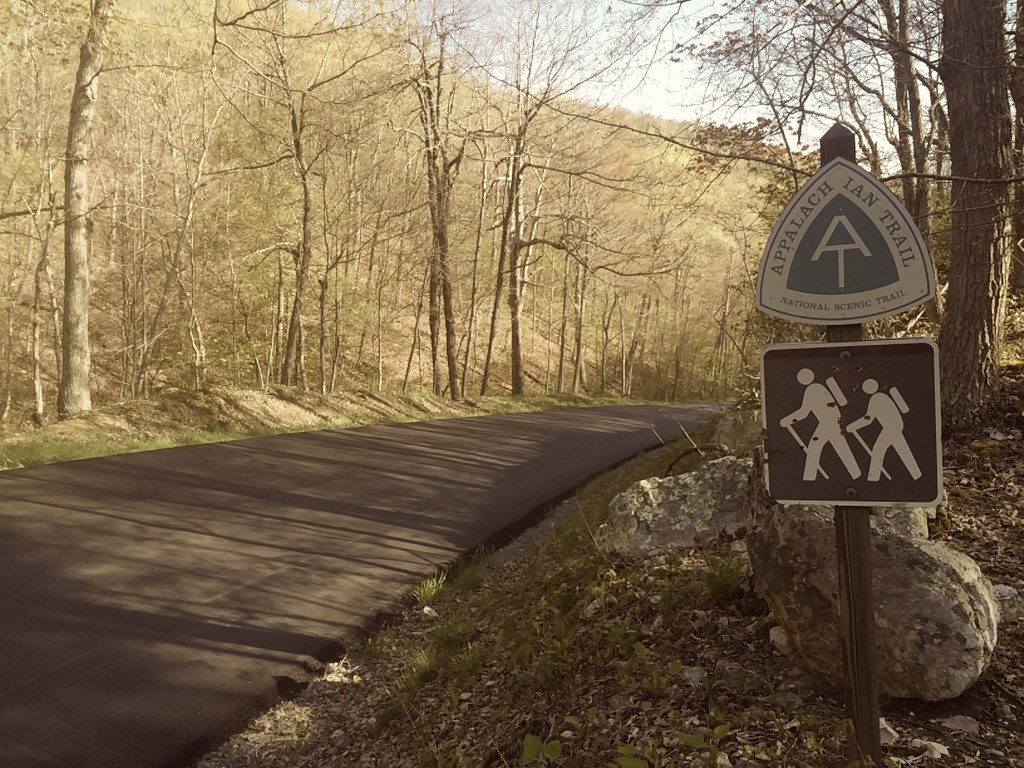 Bury your shit even when you don’t have time to dig a hole pre-poop. An ethical hiker never puts a rock on top, or surface dumps and walks away (aka deuce and deuces).
-FlugelHorn, 2012 NOBO

Being an ethical hiker means moving over to share the trail and cleaning up trash even if it’s not yours. It means being courteous of other people’s space and possessions, especially in crowded sites.
-Hare, 2015 NOBO 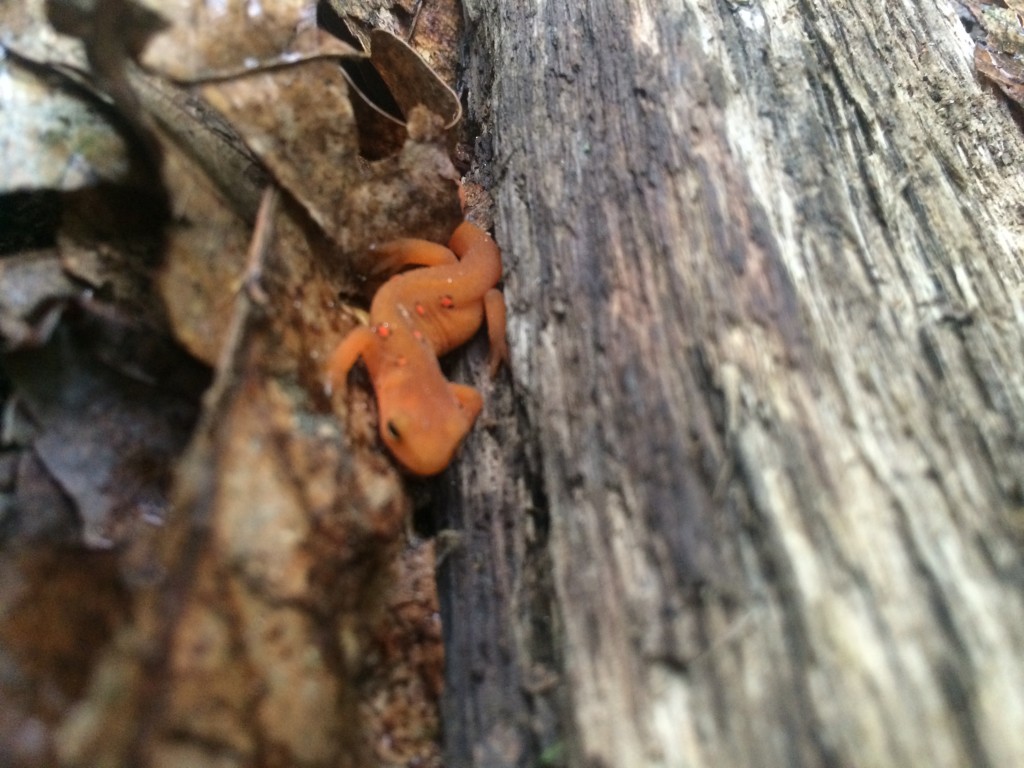 Being an ethical hiker means putting the needs of the trail before your own. Don’t stomp around puddles and widen the trail (who are you kidding, your feet are already wet and dirty). Don’t leave your trash/unwanted items in shelters or along the trail- no one wants it. Don’t tag stuff. And for the love of the trail, Bury. Your. Waste.
-Crash, 2014 NOBO LASHER

Lead by example. Not only respect other hikers, but give respect to trail towns and the people who run them. It is all about respect: the mountains, forests, people, wildlife, and everything in between.
-Jennifer “Sarge” Williams, 2015 NOBO

Lose the thru-hiker elitism. Be patient and engaged when day-hikers ask about your hike. Pay it forward and be thankful to trail angels. Don’t graffiti the shelters. Don’t start fires outside of fire rings. Oh, and DON’T KILL THE WILDLIFE.
-Honey Badger, 2015 NOBO

Being an ethical hiker means remembering that while you are on the adventure of a lifetime, it’s not a nonstop party. Behave accordingly, especially when utilizing a service provided to hikers. It’s so sad to hear of hiker-related services disappearing due to the loud, drunken, disrespectful behavior of hikers.
-Jen Magnuson, 2015 NOBO LASHER 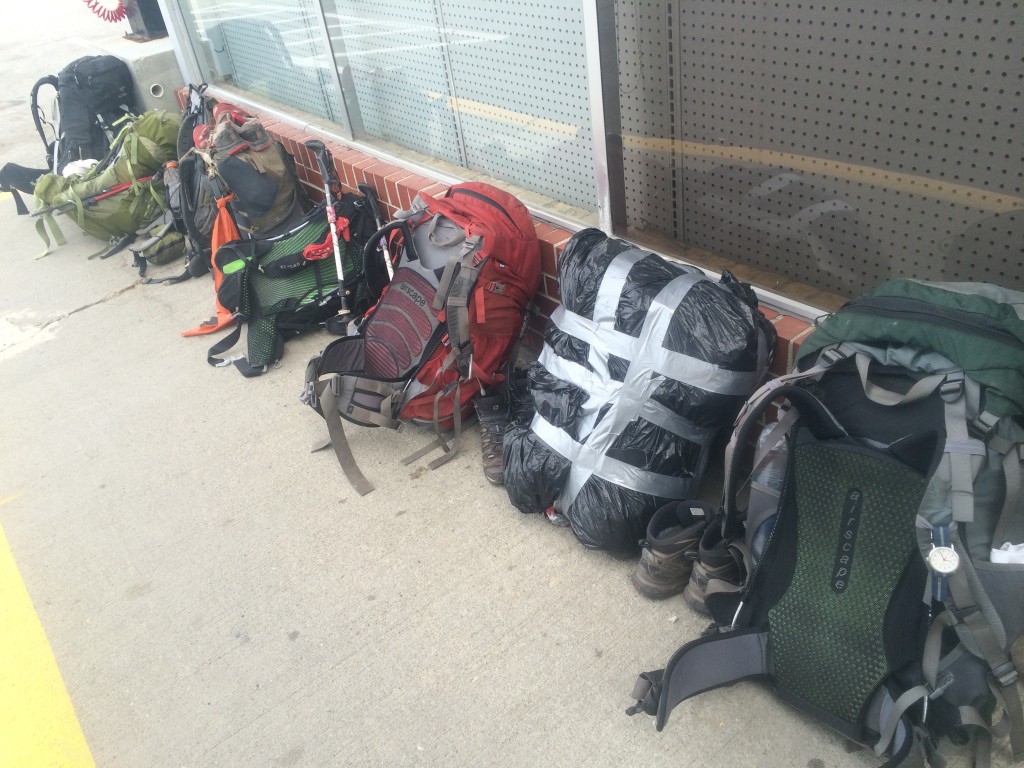 While hiking is ultimately a self-serving endeavor, one must be conscientious of how their actions impact the trail and others who seek to enjoy it. It isn’t enough to simply know how to hike responsibly. One must also put that knowledge into practice and put the needs of trail before their own desires.
-Kenny “Bottlecap” Howell, 2013 NOBO

Without ethical hikers the very world we are trying to get away from would exist on the trail. Part of the desire to get back to a long-distance trail is because the ethics missing in normal life are all so present on the trail.
-Paul “Big Tex” Bunker, 2014 NOBO

I really love the common LNT phrase: “Take only pictures, leave only footprints.” I’d expand the second part of the saying to include making sure those footprints are on marked paths.
-Giggs, 2015 NOBO

The mantra “hike your own hike” has become a double-edged sword. Too many use this saying as a shield against any sort of criticism, allowing them to act without regard for their fellow hikers or the outdoors itself. An ethical hiker realizes the impact they can have on other’s experiences, and while it might make their trip slightly more difficult, chooses to preserve those experiences in as raw a state as possible. No one ventures into the wild to be reminded of the nuisances of the modern world—litter, destruction of nature, or inattention/rudeness toward others. While “hiking your own hike,” make sure not to force someone else to deal with the consequences.
-Jordan “Yo Teach” Brown, 2014 NOBO

On trail or off, you know what’s right, and you do it even when no one’s watching. If you find yourself looking over your shoulder before you do something, maybe you shouldn’t do that thing.
-Gary “Green Giant” Sizer, 2014 NOBO

From the Appalachian Trials crew to you, a big thank you to everyone who contributed. And an even bigger high five to everyone who enjoys the trail as a respectful, ethical hiker. If you have something to add, leave it in the comments.

*Contributions have been edited for length and clarity

May 10th : The Editors
Author Page
The Editors's Bio