What Surprised You? Physical Changes

The trail changes you. There is no doubting that. You’ve heard it so many times you probably take it for granted. Or, maybe you’re excited about it, looking forward to finding out who you become, or who you already are. Regardless of what changes on the inside, your outside is about to take a beating. You know that, right? Unless you’re already an ultramarathoner or some kind of genetic freak, you’re not going to have the same body you started with. I knew this going in, but even so, what happened really surprised me. Let’s take a closer look.

Hah. You thought I was going to start off with how much better the ladies look in yoga pants. Don’t worry, we’ll address that, but first we have to walk through an invisible cloud of funk and it’s coming from you.

You think you smell bad by the end of the first week, just you wait until the third or fourth month! You probably only have two sets of clothes and one or both is ALWAYS WET. Always. Even if it’s not raining (which it is), by the time you get to Virginia it will be so humid you’ll be soaked standing still. No one is wearing deodorant and your standard for laundry has been lowered to “is there anything growing on it yet?” Of course you and your crew have grown immune. You think you smell fine and the only reason you know you don’t is because the cute server at the Waffle House described it to you. 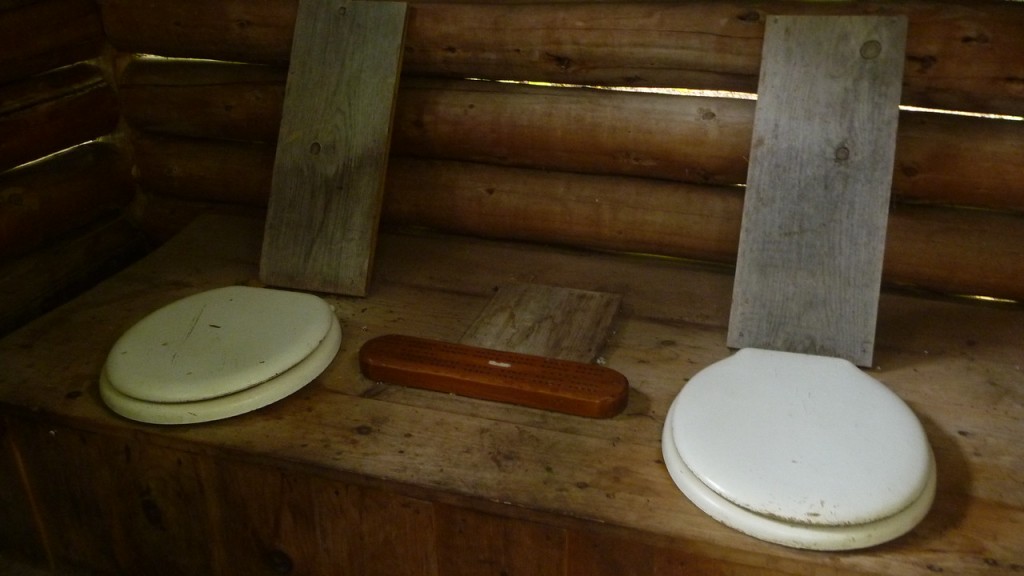 This smells better than you do.

One last thing about smell, and this is important so pay attention. If you or someone you know starts to smell like cat pee, that could be something serious if you let it go. You’ll be exerting yourselves all day almost every day and you’re going to burn a lot of calories. In order to make your legs go your body needs protein. If it doesn’t get enough you’ll begin metabolizing existing muscle mass. Your body is eating itself, which is not good. This is “you are what you eat” taken to the extreme. The byproduct of this process is ammonia which smells like cat piss. Get more protein. A lot. I’ve seen hikers carry whey powder, tuna packets, even peanuts. Feel free to suggest your own.

The phrase I always heard the year I hiked the AT was, “At the end the men all look like POWs and the women look like Greek Goddesses.” Based on what I saw, and what you’ll see, that’s pretty close. One or two guys gained weight and I finished with a dude who was jacked. Like pro wrestler huge. Results may vary.

Somehow my manboobs turned into pecs. Part of this was because the northernmost five hundred miles will require you to use your hands almost as much as your feet. Partly because I lost forty pounds. (200 – 160) The last fifteen came off in New Hampshire and Maine. Five of those came out of my butt. Which leads me to…

Ask me anything about Giardia, Lyme or C-Diff because I had them all. Fortunately not at once. The Lyme was truly a surprise, because I’ve been checking for ticks for years. I checked every day multiple times and I never saw the one that got me. The doc told me that it’s a myth, the idea that a tick has to stay latched twenty-four hours to transmit the disease; as little as one hour is enough. It could have bit me while I was asleep. Sweet dreams, new hikers! (Note: I am not a doctor. I am just some guy on the internet.)

I wasn’t really surprised about the Giardia, though. I brought that upon myself, literally. I got lazy at the end and some of the clearest water I’d ever seen had me clenching my cheeks on the way up Katahdin. So don’t be like Green Giant, don’t spend half your time at Baxter State Park in the privy. Always have a backup for your water treatment. What’s a reliable lightweight backup? Depends who you ask. Check the comments.

Look down. This is your ride to the top. You’re about to put a whole lot of miles on the tires. Your feet and knees are about to take a literal pounding; you should do everything you can to minimize this. You and your pack will both become lighter as you go, which helps, but only a little. Someone figured out that it takes five million steps to do the whole AT. (Your dog takes twice as many.) After a while, those steps start to hurt. Consider trekking poles. Or a staff – guess what your trail name is going to be. 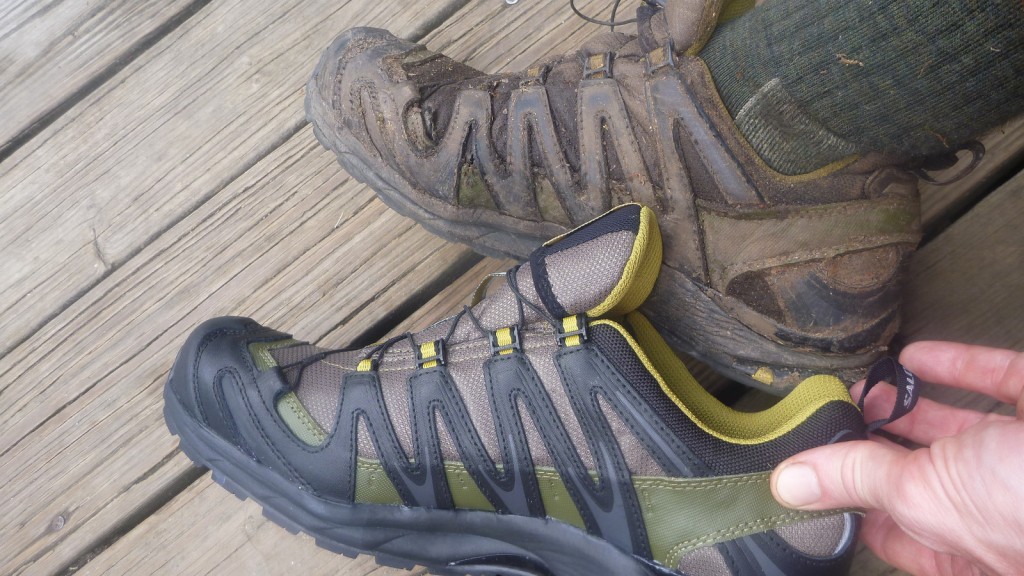 Not even halfway there yet.

I saw a lot of blisters. I’d say about eighty percent of hikers had ’em. I’m one of the lucky ones, but for me the trade off was worse. But that’s its own story, maybe later. Anyway, take care of your feet. You’d think that would be a no brainer, but you’d be surprised. If you’re not sure what to do, search this site for foot specific articles. Read every one of them and then go re-alphabetize your Tarantino collection, ya weirdo.

You’re going to lose toenails, too. As you walk downhill your toe slams into the front of your shoe. This kills the toenail. You’ll get to watch it change colors over a period of two weeks. First red, then purple then black. When mine came off it looked like a marshmallow that had been in the fire too long. The good news is it doesn’t hurt at all. You won’t even notice. At the end of a four day rain storm you’ll finally take that sock off and be surprised because your toe now looks like Darth Vader with his helmet off.

Bottom line is, if your body doesn’t eat itself (or get devoured by parasites), and if your feet don’t fall off, and if you don’t break too many of the larger bones, there’s a pretty good chance that you’ve got this. You’ll be leaner, your lungs will hold more air and you’ll bound up every staircase. This will make your body stronger, and whether you intend it or not, that in turn makes your inside stronger, too.