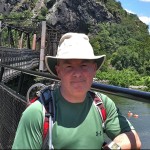 Wildlife: We’re in Their World Too 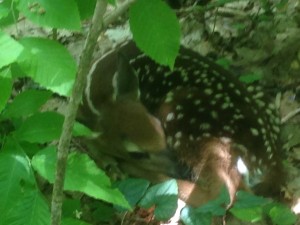 Hiking, above all else, allows me to be in a natural setting. “Listen to the quiet” is a phrase I use often. It is amazing how many hikers don’t take the time to listen to the quiet. But, it is not nearly as amazing as those who enter wilderness with the mistaken belief that they are somehow more entitled to the wilderness than the creatures that naturally inhabit it. I am a “leave no trace” follower, but not a zealot. I do, however, believe that the concept of leave no trace includes not messing with the wildlife. 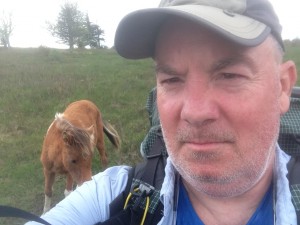 One of the great things about hiking is seeing wildlife in its natural state. As I left my campground early in the morning, just north of Damascus, I was startled by a black bear cub scurrying up a tree to escape me, and then another.  It was a fascinating and wonderful site. I didn’t stay around to see where their Mom was or do anything else other than enjoy the fact that we were sharing the woods with each other. Veteran hikers and others who spend time outdoors know better than to do anything else. Take a picture, appreciate the sight and move along.

Less experienced people are sometimes prone to think that humans are more important than other animals. Most of us have observed a hiker and others in nature killing and trying to kill snakes, feed bears, or get too close to animals that can do them serious harm. (HYOH not applicable in such situations) These are also traits often found in experienced, but stupid people.  We do what we can to stop such stupidity, educate the humans and move on hoping they won’t do that again.  But, how many times do we hear about people, notwithstanding clear and multiple warnings, nevertheless getting too close to bison at our National Parks and then getting gored or trampled? I admit it. I root for the bison in such encounters. Some lessons can be learned. Sometimes lessons need to be felt. 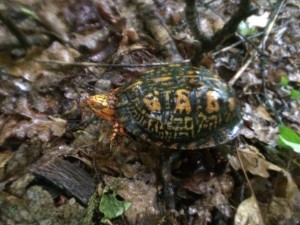 How many of us don’t hang bear bags and risk a visit by a nighttime creatures? I’ve been tempted, but I am swayed by the fact that I don’t want to put any of my fellow hikers at risk of an unwanted encounter because of my laziness or mere exhaustion. I am also concerned that a bear would be blamed for my actions and punished somehow. I see too many stories of bears being killed because they find themselves in a situation caused by the bad decisions of people. I don’t always understand the thought process which involves punishing the animal for a human’s intentional act. If someone intentionally ignores traffic, walks into the street and is killed by a bus, do we shoot the bus driver? Subjecting yourself to the wilderness comes with certain inherent risks. Recently, a woman in South Africa was on a safari tour, told not to open her window, but did so anyway to get a picture of a wild lion. The risk in violating the rule was that you might be killed by a lion. She was killed by the lion, and instead of talking about failure to follow basic rules commentators wanted to focus on how we make the safaris safer. I have a suggestion: Don’t open your window in the vicinity of lions.

The AT and other trial provide unbelievable opportunities to observe wildlife and become part of the natural habitat. I will continue to listen to the quiet, and try to remember that I am part of nature but not master over it.

My name is Bill. I am a more "seasoned" hiker. I am section hiker and hopeful future thru-hiker. I am also a Master Naturalist in training and lover of the outdoors. Most importantly, I am a Dad of three great young men and husband to a really great woman.