Far removed from images of turquoise water, coves, and beaches, we discovered a different Croatia for more than 500 kilometers of hiking. From the Slovenian border to the border of Bosnia and Herzegovina, we crossed three of the eight national parks in the country, saw the winter settle in, walked with the tracks of bears and wolves, did a lot of garbage collection, and discovered the effects of Yugoslav wars are still very present. 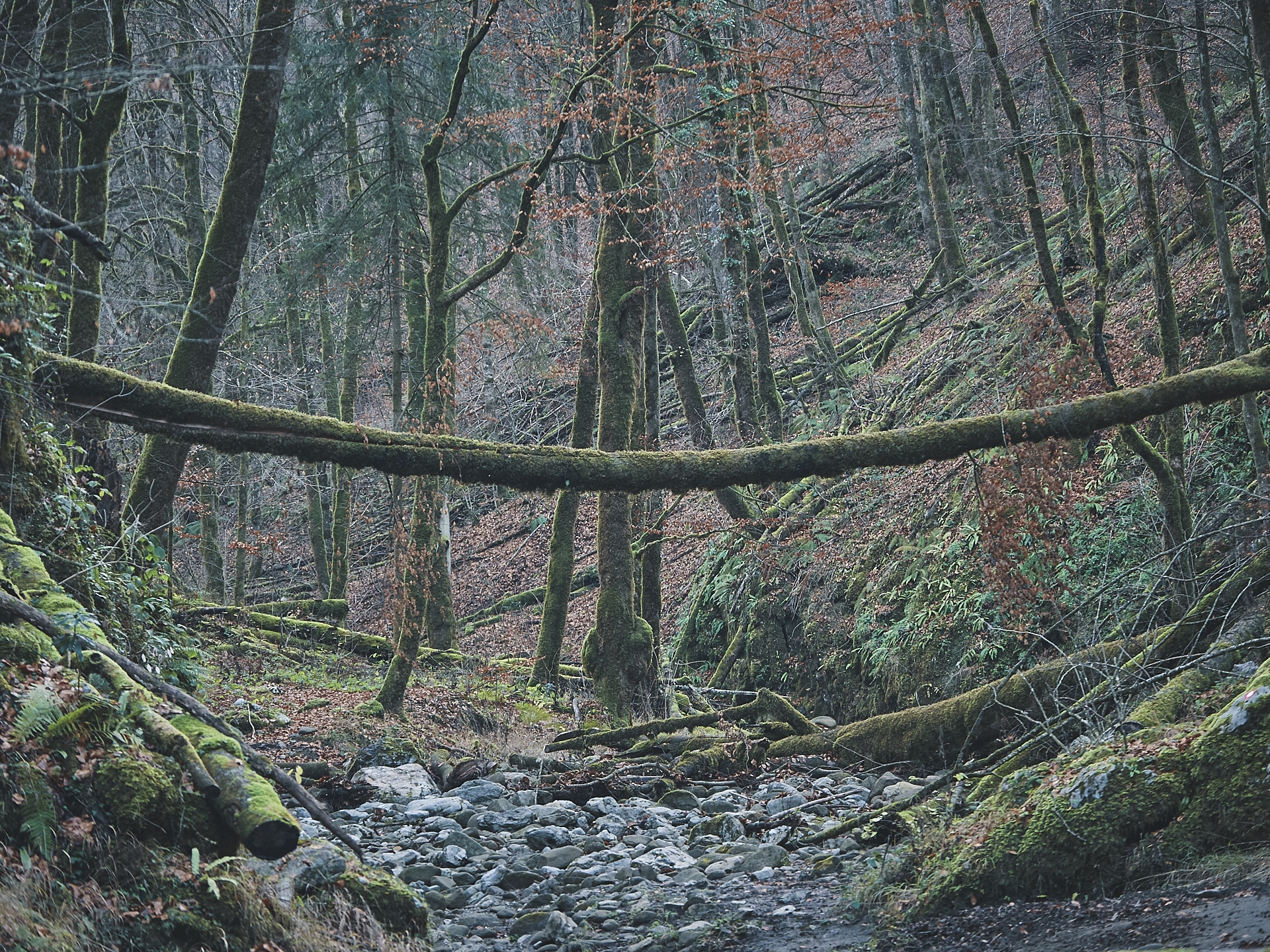 This was the first of the three national parks crossed, Risnjak covers an area of ​​63.5 km2. There are several mountains that we have not really had the opportunity to explore because of bad weather, but we will remember Risnjak as the place where we took our first steps on the paths of the Via Dinarica and our discovery of the beautiful source of the Kupa River. 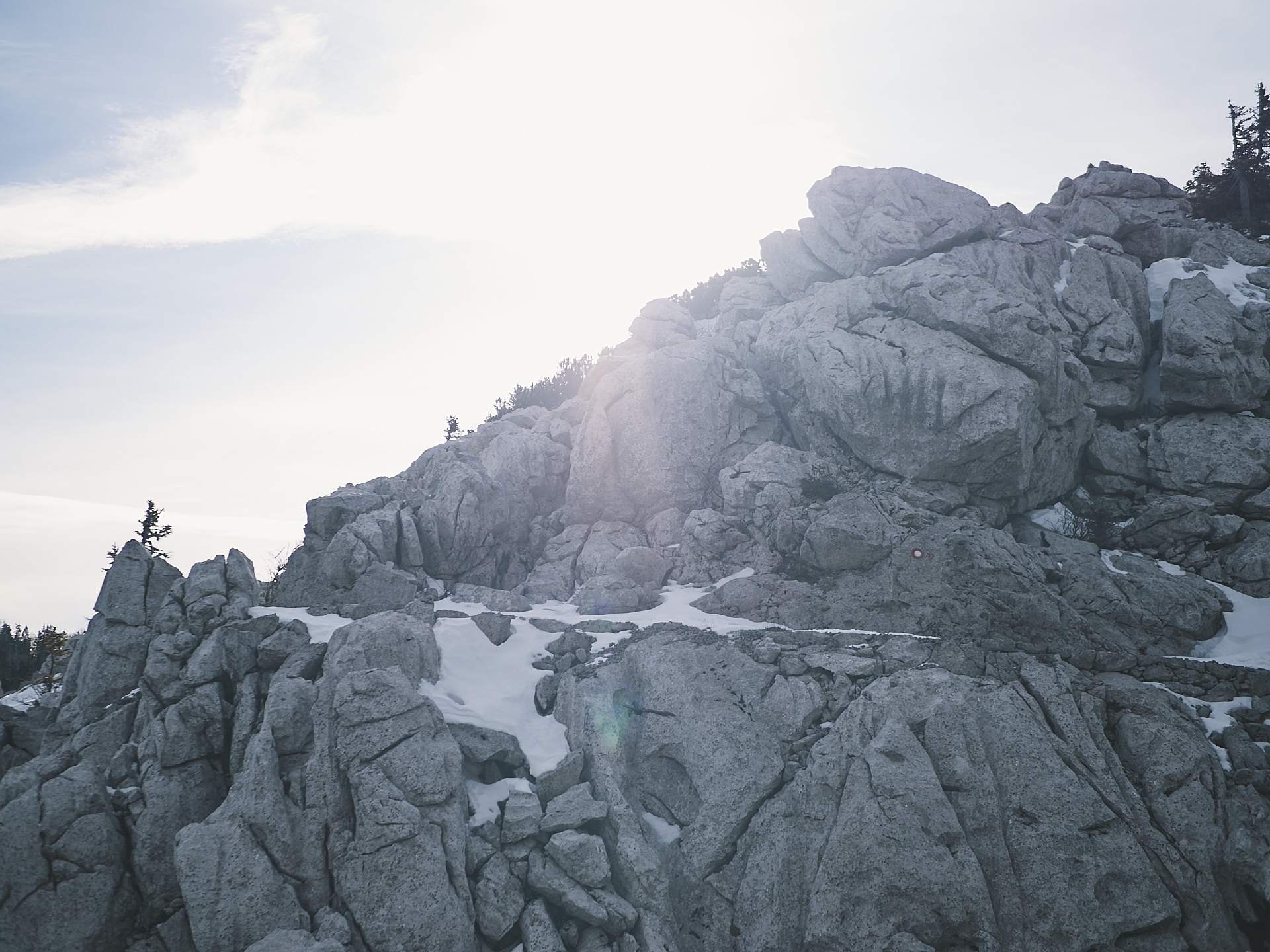 The Velebit National Park is located in the heart of the mountain range of the same name. The park is actually a small part of this mountain range. The range runs along the Adriatic Sea and belongs to the Dinaric Alps. There, we met the Bura, a violent wind that can reach more than 200 km/hour. It is created by the presence of a steep relief at the edge of the sea. The Velebit massif, which we traveled from north to south, is known for its abrupt weather changes, especially in winter. 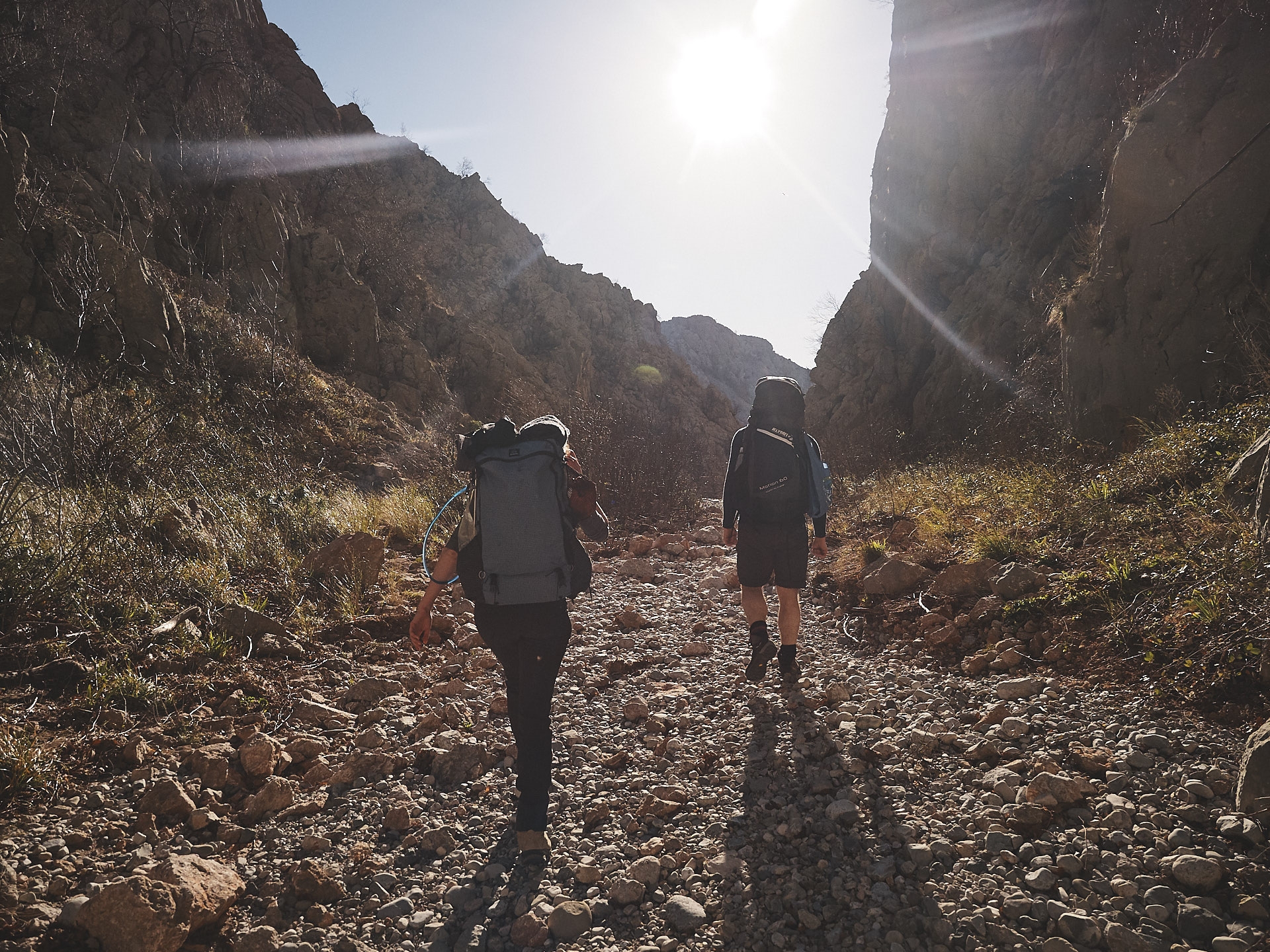 Known by climbers from all over the world, Paklenica National Park is famous for its two magnificent canyons and for its great natural diversity. Arriving in the smaller of the two canyons, the Mala Paklenica, we went from winter to well-advanced spring temperatures. We felt a bit overequipped and overworked. 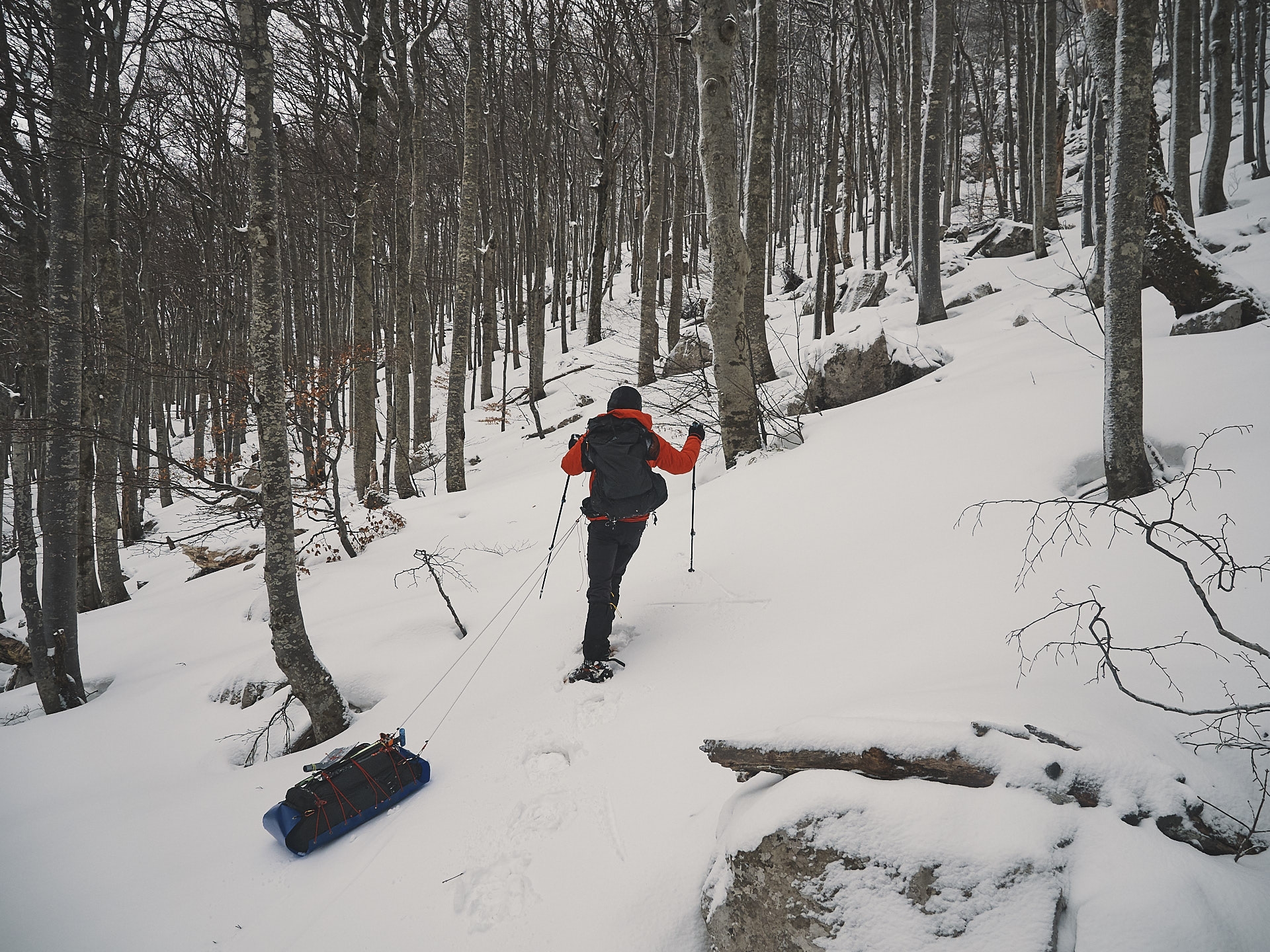 Our crossing of Croatia marked the dreaded entry into winter. Negative temperatures, full days walking in the snow, shortened days… We had started another adventure. Camping in the snow, not counting on water sources that are often frozen, being surprised by 4:30 p.m. darkness, we had to relearn everything. 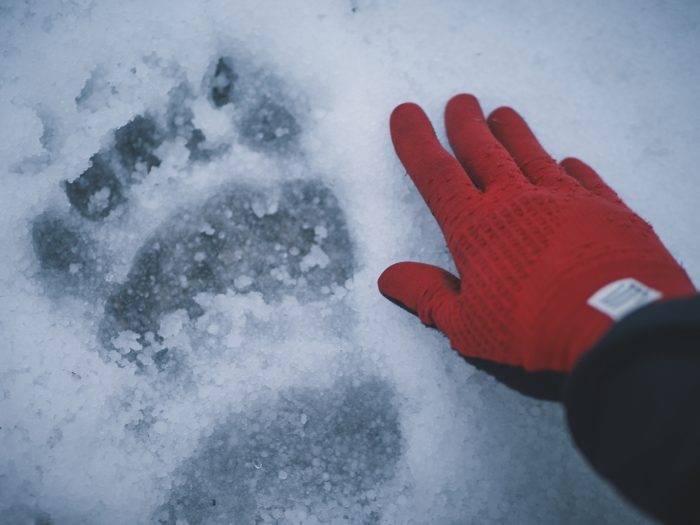 The thick layer of snow that covered everything around us did not make our life easier, but how beautiful! All this snow has also revealed something that we could still ignore until then. Our route constantly crossed the routes of dozens of wolves, bear, and deer of all sizes. Again, we had to adapt our habits: suspend food, trash, and toiletries at a tree at night, walk noisily rather than silently to announce ourselves. All these precautions allowed us not to have a bad encounter, but we almost regret not seeing anything, as we would have loved to see a bear or a wolf from afar.

1KG For The Planet 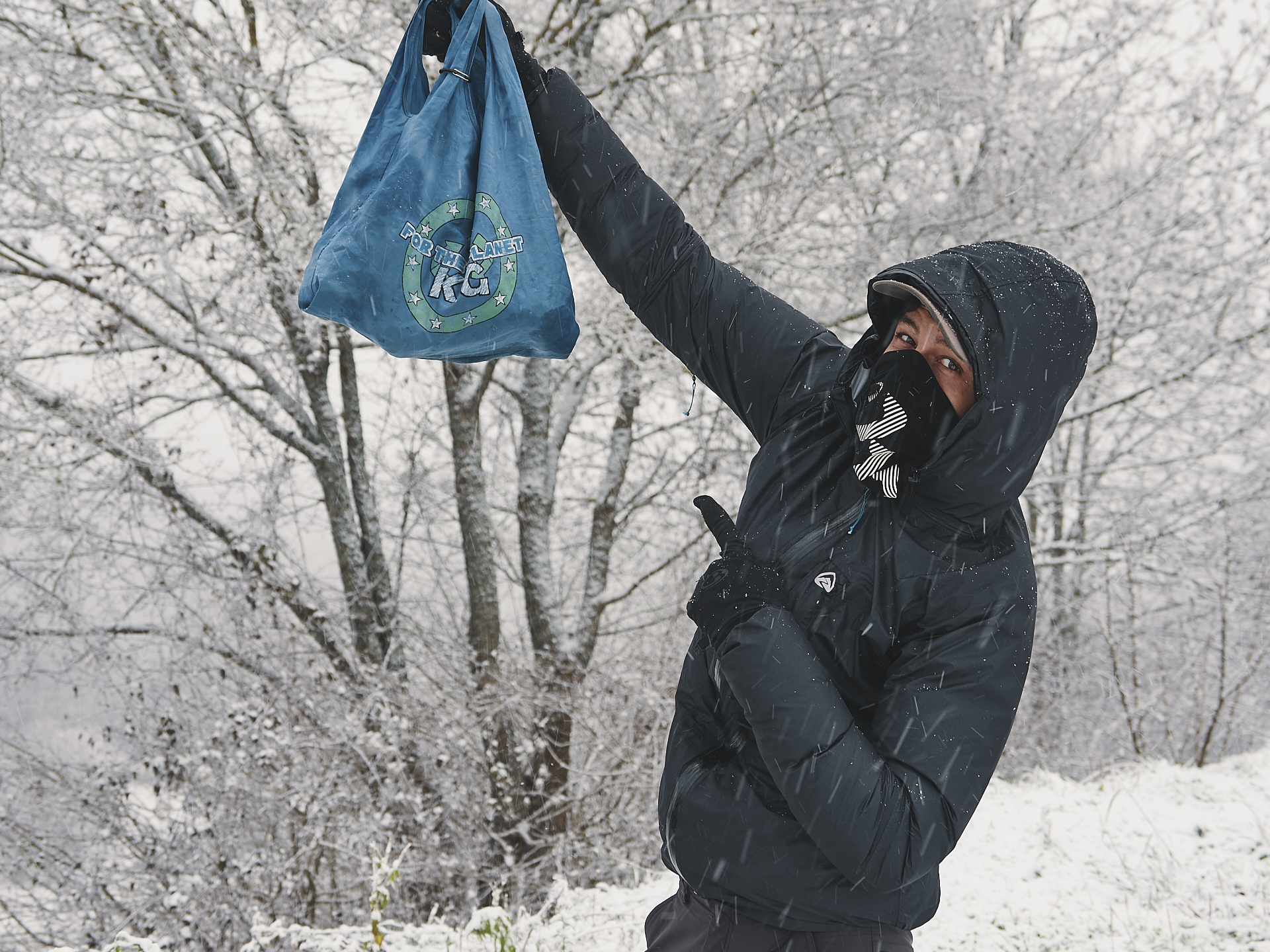 Unfortunately, Croatia has also been for us the country in which we found a lot of waste in the wild. We feel that ecological awareness is not yet very ripe here. 1KG FOR THE PLANET has sometimes turned into several kilos. 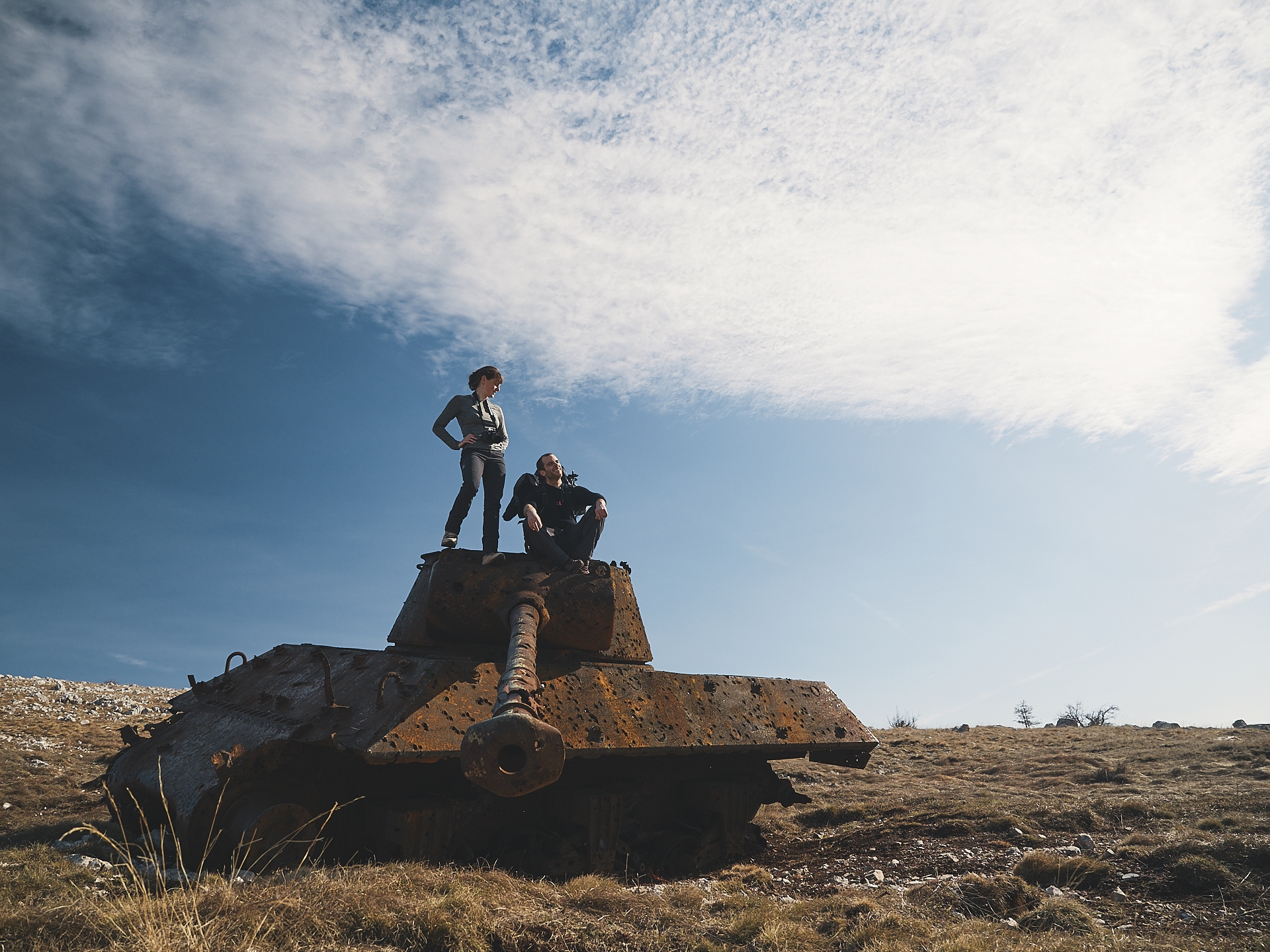 Many landmines remained buried since the conflicts that tore Yugoslavia apart more than 20 years ago. It was hard to find accurate and up-to-date maps, so we generally opted for caution by not moving too far from the trails and talking with locals whenever it was possible. In the Dinara massif, we came across three old tanks rusty and riddled with bullets. For miles around, we found shrapnel and other integers that had not exploded.

Overall, we regretted not finding more hiking trails. Most of the trails are in the mountains and we would have liked to walk sometimes near the sea or in rural areas.

We closed this Croatian chapter in the most beautiful way. We climbed to the highest point of the country, Mount Sinjal, accompanied by Marie’s brother.