Yeah. It all blows. My heart hurts for the hikers who have had to scrap long dreamed of hikes and my brain is still grappling with the fact I’m one of them. While hiking the PCT last summer, I decided I was going to revolve my life around hiking for a while. I knew it was what my heart wanted and I decided there was no point in straddling the line of instability I had spent the past two years hovering on, I might as well dive right in. When I reached the Southern Terminus, I started applying for seasonal jobs in between daydreams about potential summer of 2020 plans. I had to finish the section of the PCT I missed with Giardia, of course, but I had also heard cool things about the hiking in Armenia, where I had always wanted to go. To hike around a new part of the US, I decided to hike the Superior Hiking Trail as well. I talked to people enthusiastically about what a kick-ass summer it was going to be.

One of the seasonal jobs responded, an outdoor school in Big Bear, Clifornia. It seemed like a perfect match; I had a wealth of work experience in early childhood education and a significant amount of practical experience in the outdoors. As I prepped for the interview, I noticed something I hadn’t in the flurry of sending out resumes: one of their locations was on the PCT. It triggered one of those memories that sits way back in your brain until called upon. 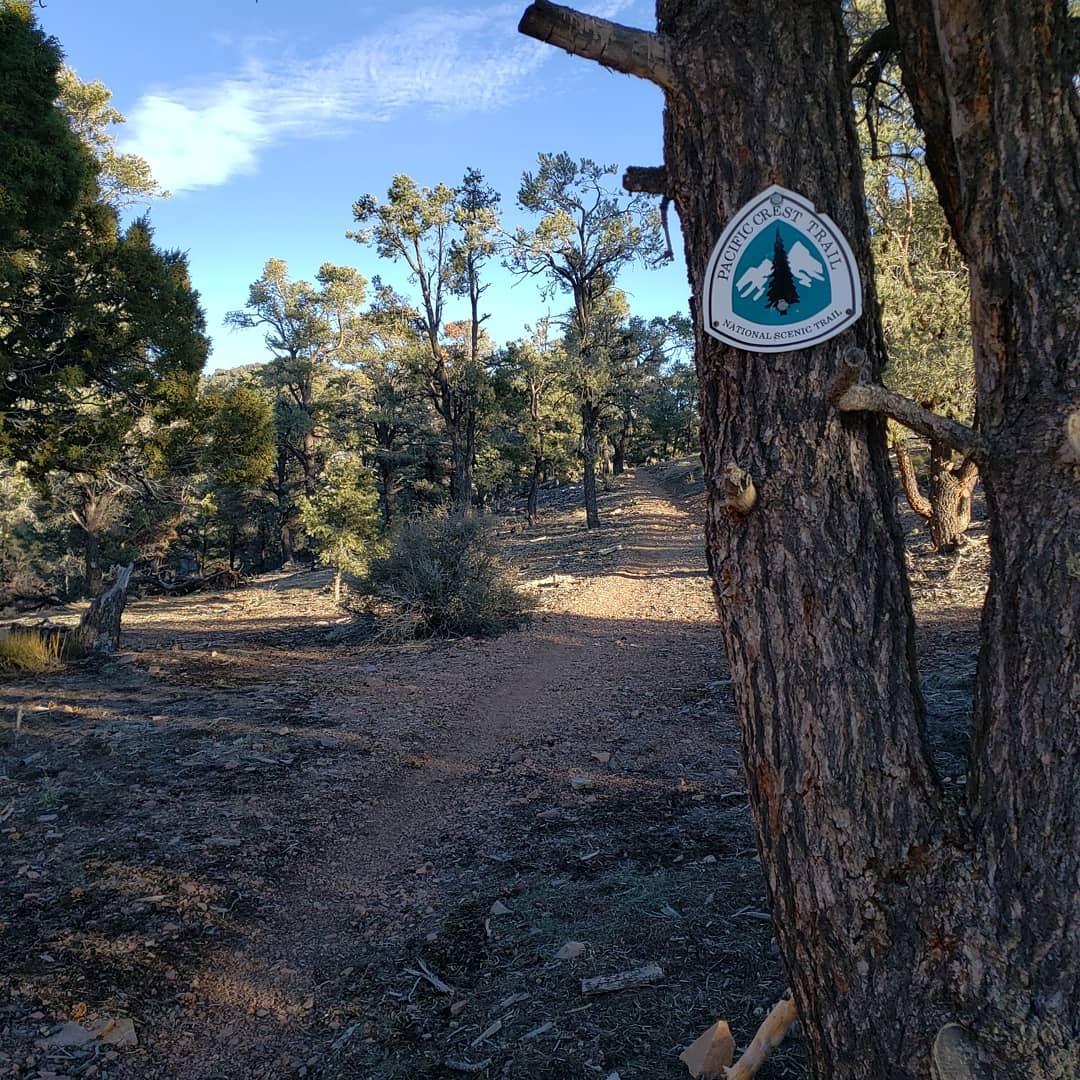 The night before I hiked into Big Bear, I walked past the last actually running section of Holcomb creek without stopping. I instead walked to the last crossing Guthook listed as reliable only to find it, like many a source in the desert in the fall, dry as a bone. I thought I had enough water in my pack to get by until I got into town the next day, or maybe I thought there was another source coming up. In retrospect, I couldn’t tell you. All I remember is that I kept walking and when I set up camp in the dark that night, I realized I was wrong on both fronts.

I tell people all the time that one of the things I love about thru-hiking is how it cures me of the paralyzing indecision I grapple with in the regular world. A choice between doing something that sucks or dying painfully is gut-wrenching, but fairly easy to make. I set an alarm at 3 a.m. so I could get as far as I could before the sun could exacerbate the situation and went to sleep already uncomfortably thirsty. And even in the cool, dark morning, the hike sucked. A lot. I ended up finishing my water before the sun came up and walking an agonizingly painful two-mile side trail to the tap at the Big Bear Discovery Center, telling myself not to cry the whole time because doing so would only waste liquids I didn’t have to spare. When I finally got to Big Bear proper, I bought two Gatorades at Vons and drank them one after the other in a fever dream catharsis while sitting on the ground next to the line of shopping carts. (For the record, now that I live here I know the Stater Bros across the street is where it’s at.)

I hitched out of Big Bear the next morning feeling slightly rehydrated—although it would take another day before my pee lightened from the awful burnt sienna color I was currently working with. As I hiked, I noted Guthook said the local outdoor school frequently used the part of the trail I was currently walking on. Sure enough, a mile or so down the line I ran into a group of kids being led by a genial instructor. “Say good luck in Mexico!” he told his students as he waved happily. They echoed him dutifully, staring at me curiously. I waved back and thanked them enthusiastically and was still happily contemplating the encounter when I ran into a small stream. Three of them to be exact, one after the other. When I had made my water calculations that morning, I had immediately assumed they didn’t exist since they were listed as seasonal streams and of the 550 miles of desert I had hiked, not a single seasonal stream had been running. That wasn’t strange as it was October; they weren’t supposed to be running. A good chunk of reliable water sources were dry as well, as I had been so painfully reminded the day before. I was in semi-hysterics looking at these three tiny, hardy seasonal streams, hanging in there well into the fall, only meaningful because of the misery I had endured the previous day.

It was not a particularly standout two-day period of my hike, but looking at the map brought the memories back in full.  I told my interviewer about it and we spent some time brainstorming who I might have run into months prior. In a couple of months, I was there trying to figure it out for myself.

It seemed so impossibly lucky to get to live and work on the PCT. I desperately angled to be assigned to work at the location that was on the PCT and when I got there, I went to find it immediately. It was a weird experience. I had never had the chance to revisit a trail I had hiked, so I was taken aback to see that I recognized nothing. Admittedly, it was January and covered in snow, but even as things melted, I struggled to connect any of what I saw to memories I had. Except the three little streams. One of the first things I did was visit them and thank them for being there, because long-distance backpacking turns you into a crazy person who talks to water sources and it never wears off. 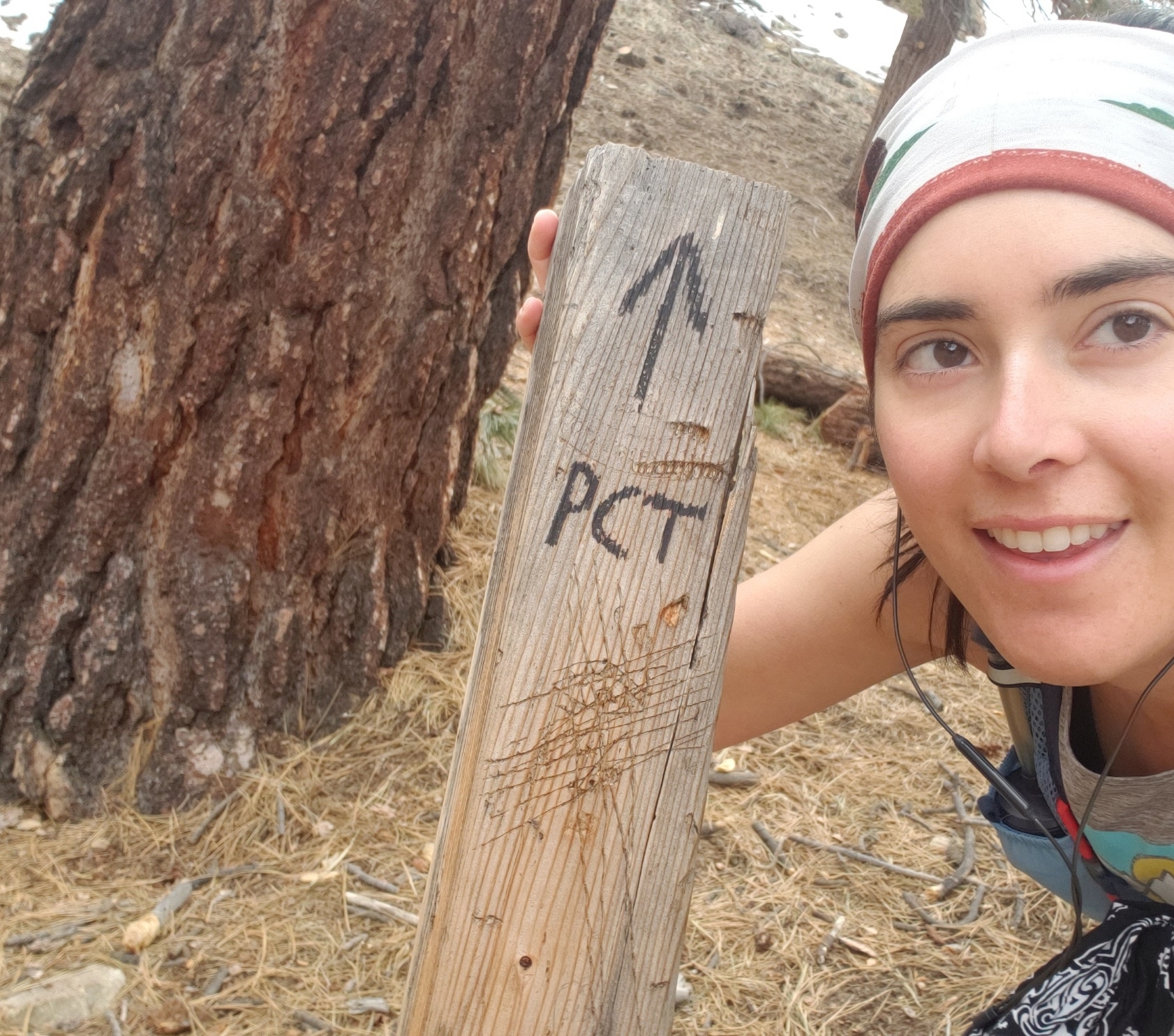 As I began to stalk this small section of the PCT on a regular basis, I began to understand why so little of it was familiar to me. When you thru-hike, you see things in the macro, the entirety. You see mountain ranges and entire states and the way the earth changes as thousands of miles go by. But in doing so, you sacrifice the micro, and working this job gave me the micro. I’ve hiked the same one to two miles of the PCT countless times in the past few months, almost always with a group of 11-year-olds in tow. In that time, I’ve memorized those one to two miles. I can tell you which trees smell like butterscotch and which ones are big enough to send them to pee behind. I can tell you where the snow you can play in lingers longest and where it turns to ice too dicey for inexperienced legs to traverse. I can tell you where the best dead logs to look for decomposers are and where the mushrooms the size of a human head hide. I can tell you which pine cones will prick their fingers and which cacti they always come dangerously close to stepping on. I can tell you exactly how long it takes an 11-year-old to hike up inclines I had barely noticed my first time through. And the kids brought so much joy and novelty to it that I never got bored hiking the same couple of miles again and again. It’s been a long time since I’ve been impressed by a big mushroom or a nice-smelling tree or the ability to pee in nature, but they sure were.

Like an unfortunate amount of people, my job was one of the things I lost in the chaos that the past month has unleashed on the world. I got to spend three weeks aimlessly wandering the small stretch of the PCT that had become my domain (a quiet and mournful experience without any children tagging behind me) before we vacated our space so the local hospital could use it to care for patients in isolation.  A familiar feeling for any thru-hiker, I gained a new appreciation for the things I had once they were gone.

One of the most common accusations thrown at thru-hikers is that they are sometimes guilty of acting entitled and expecting things from the trail and surrounding communities that are not guaranteed to them. The title of thru-hiker feels so cool and noble that I will acknowledge I am occasionally guilty of it myself.

Very rarely on my quarantined wanderings of the PCT, I ran into stubborn aspiring thru-hikers who made me want to tear my hair out, considering they were about to go into a town small enough that using an outdoor school to house immunocompromised patients was their best option. I wanted to tell them about the plans for our housing and ask if they considered that compared to many trail towns, Big Bear is a sprawling metropolis. But I also realized the number of people still on trail is an extremely tiny fraction of what it was going to be, and that’s because most of us have realized thru-hiking is not something that is guaranteed to us. That warms my heart and I hope it leads us to reevaluate thru-hiker entitlement on the whole.

While hiking with the kids, I would always try to take them by the three little seasonal streams that were still running when they shouldn’t have been and tell them the story of the utter meltdown I had during my first encounter with them. It was mostly to make them laugh and remind them to drink water, but I secretly hoped it would also show them how valuable we come to realize important things are when we are deprived of them. 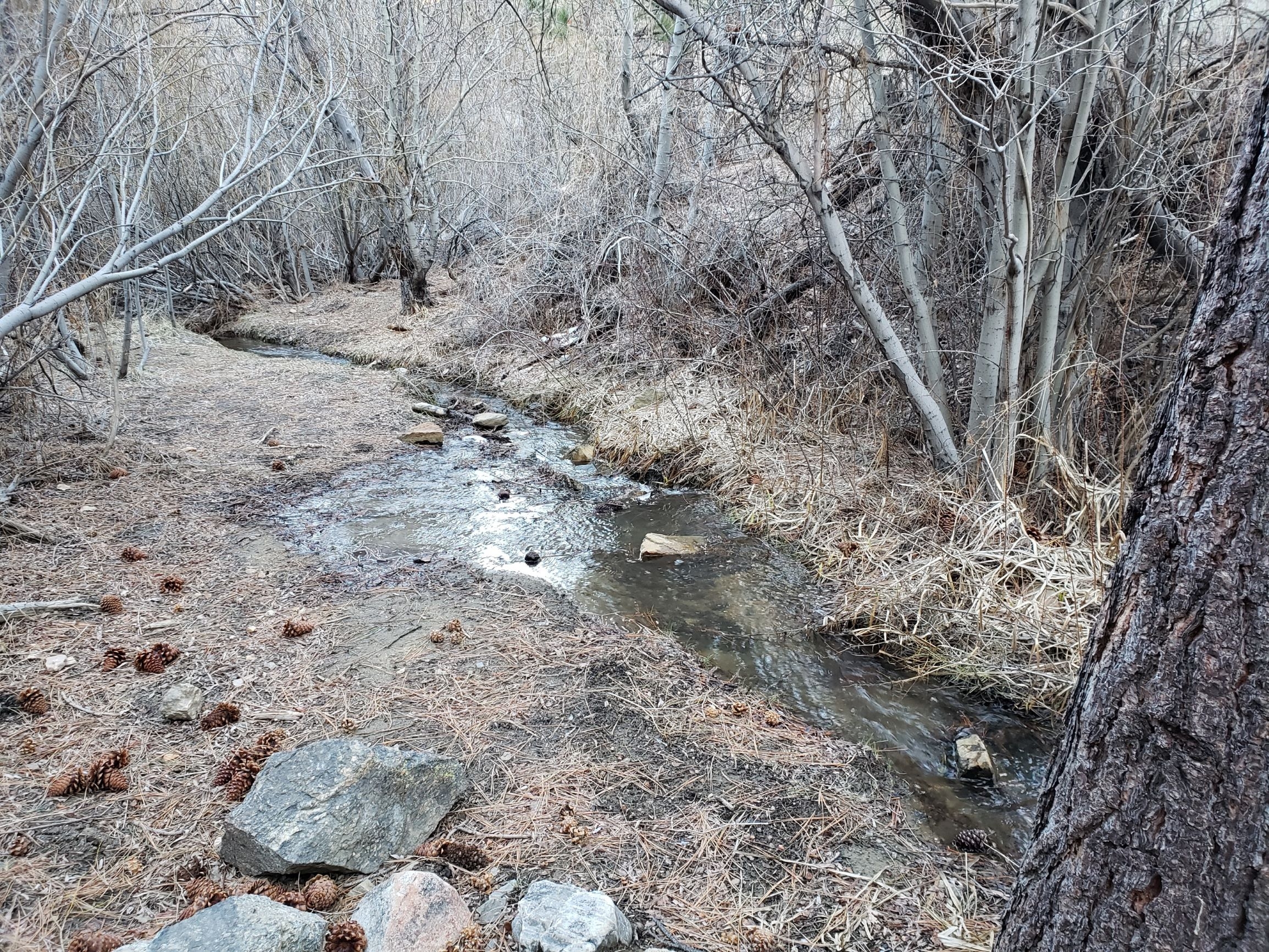 We are being deprived of a lot of important things right now. For me it’s my job and the trail-wandering lifestyle I have spent the past three years building my life around. But the silver lining is that’s because we have collectively decided that there is something more important. A choice between a long dreamed of hike and the health and safety of those who live near and care for the trails we love is a gut-wrenching choice, but it is an easy one.

My hope is that, like in thru-hiking, we will walk away from this with a better appreciation for what we are being deprived of. There is really no point to this blog other than serving as a place to put all the things I have spent the past month thinking about, but that thought is what brings me the most comfort. I hope it makes reading of a bunch of rambling thoughts worth it.