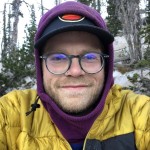 In a market dominated by a single player, a new hero emerges into the battle of satellite communicators: Garmin inReach Mini, meet the ZOLEO. The ZOLEO is a pretty exciting new(ish) satellite communicator that boasts equally exciting and wonderfully simple features. To break it down as simply as possible, the ZOLEO is a sweet little box that pairs your phone directly to the most easily available satellite connection. The ZOLEO uses Bluetooth with your phone so that you can type and communicate directly from the device you’re already most familiar with. And, in the case of a phone failure, it can also do a few basic (life-saving) things on its own. 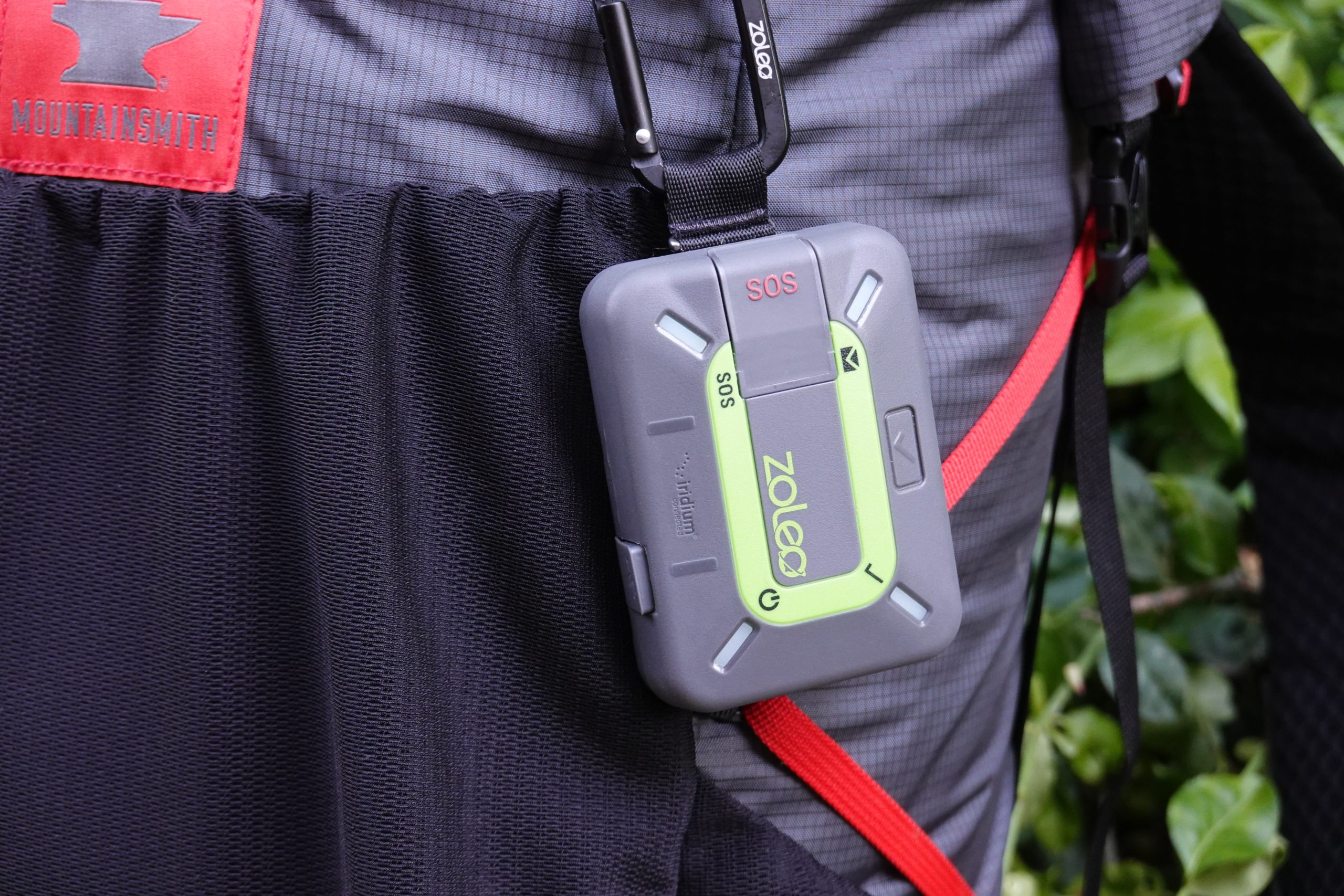 I am based in Birmingham, Alabama, so my gear usage is typically all around the Southeast. My ZOLEO device has been pinging satellites in wilderness areas here in Alabama as well as in Tennessee and North Carolina. The data coverage I’ve tested in (according to my iPhone) has varied from a few spotty bars of Verizon to no service whatsoever. Though the messaging rate has varied, I have to not receive or deliver a message. As far as weather goes, my ZOLEO has been subject to light rain and sub-freezing temperatures, coming out unscathed every time.

Before even getting into the feature specifics, I’ll go ahead and just explain the system a bit.

The ZOLEO uses a smartphone app to connect the satellite signal it is receiving through Bluetooth to the user’s phone. The system it connects to is the Iridium Satellite Network, which is the only network that offers reliable coverage over every inch of the planet (to read how, check out the link). Access to this network allows the user full access to ZOLEO app. Within this app, the user is able to send and receive messages (custom and set) as well as check the local weather forecast.

When setting up a new ZOLEO, the user receives a custom phone number and email with which to send and receive messages. This means that the person being contacted doesn’t have to even have the ZOLEO app to be contacted. In fact, the user can just pick any contact already saved in their phone to send a message to. And, when the user gets back into cell range, the ZOLEO app will continue to pick up messages without having to be connected to the device itself (so no missed messages or disruptions in communication). 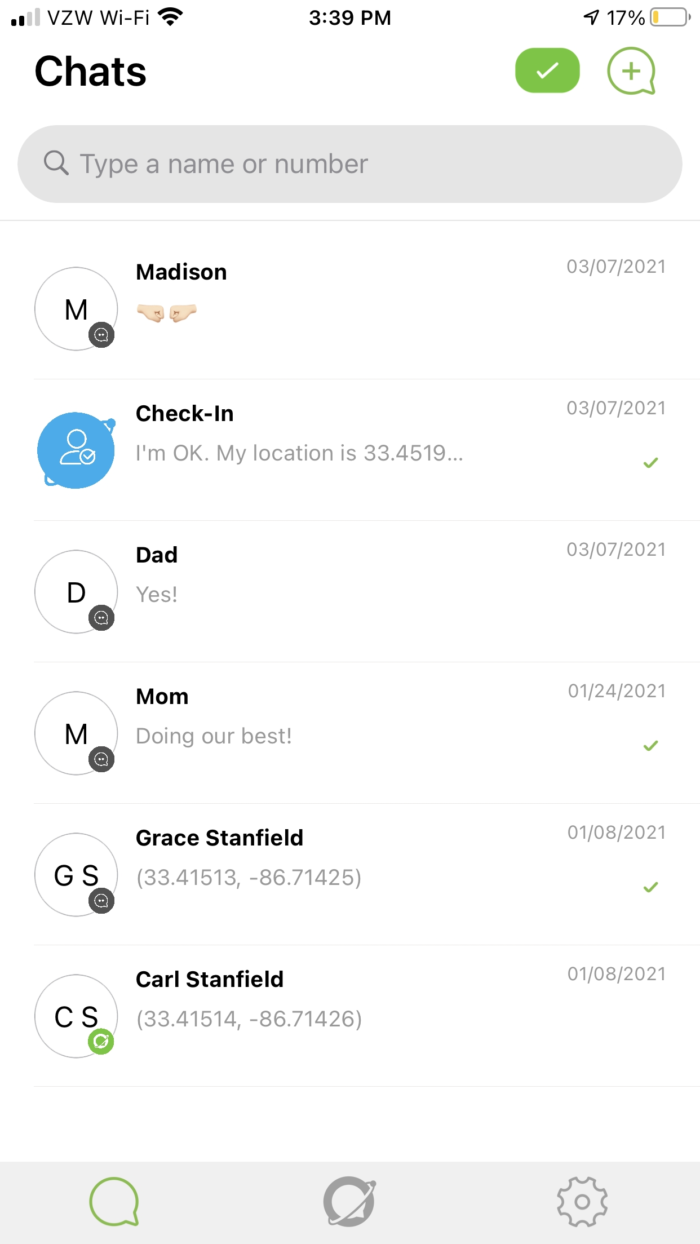 The ZOLEO is also capable of doing a few basic functions on its own without needing to be paired with a phone. There isn’t a screen on the device itself, but there are three buttons and a series of lights to let the user know what is happening. The two functions it can perform independently are sending a preset check-in message and signaling SOS. 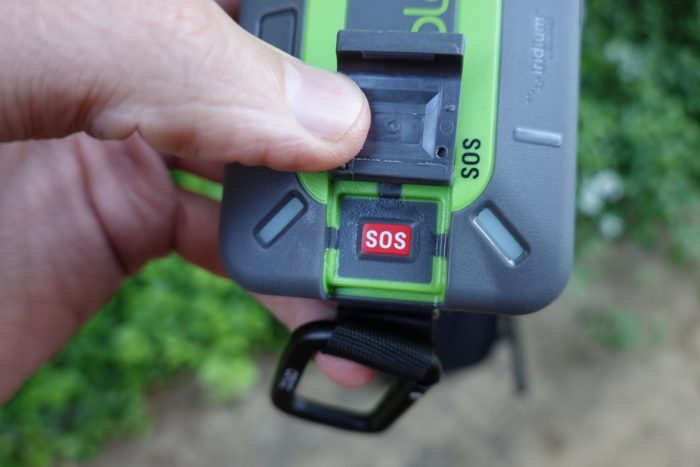 One of the most important features of any satellite communicator to the consumer is the price. There are a variety of communicators out there offering a vast array of plan options. ZOLEO claims to be one of the best values on the market right now, so let’s see what their plans look like.

In addition to the monthly charges, there is also a $20 activation fee. Once this has been paid, it doesn’t have to be paid again unless the ZOLEO is fully deactivated and reactivated. The user has to commit to their first 3 months, but after that, they can cancel or suspend their plan at any time. Canceling a plan would also forfeit a user’s custom number and email address: they’d have to set up another one of both and pay the activation fee next time they want to use their device. Suspending a device costs $4/month and retains the contact information as well as prevents the user from having to pay the activation fee when they are ready to use their device again.

As I mentioned earlier, I have gotten to use my own ZOLEO in a variety of locations now and have become quite familiar with it. I’ve learned some of the quirks and gotten used to the handy features. After a few months of usage, here’s a quick rundown of my experiences with the device.

This is obviously the main function of the device and the one that I interacted with the most. ZOLEO boasts the ease of use and familiarity of interface with its messaging system, and I was indeed rather pleased. The “texting” is quite smooth: the user can even use a limited set of emojis within their interface for a little extra flare. Writing out and reading messages is a cinch, but there is a bit of nuance to the timing. 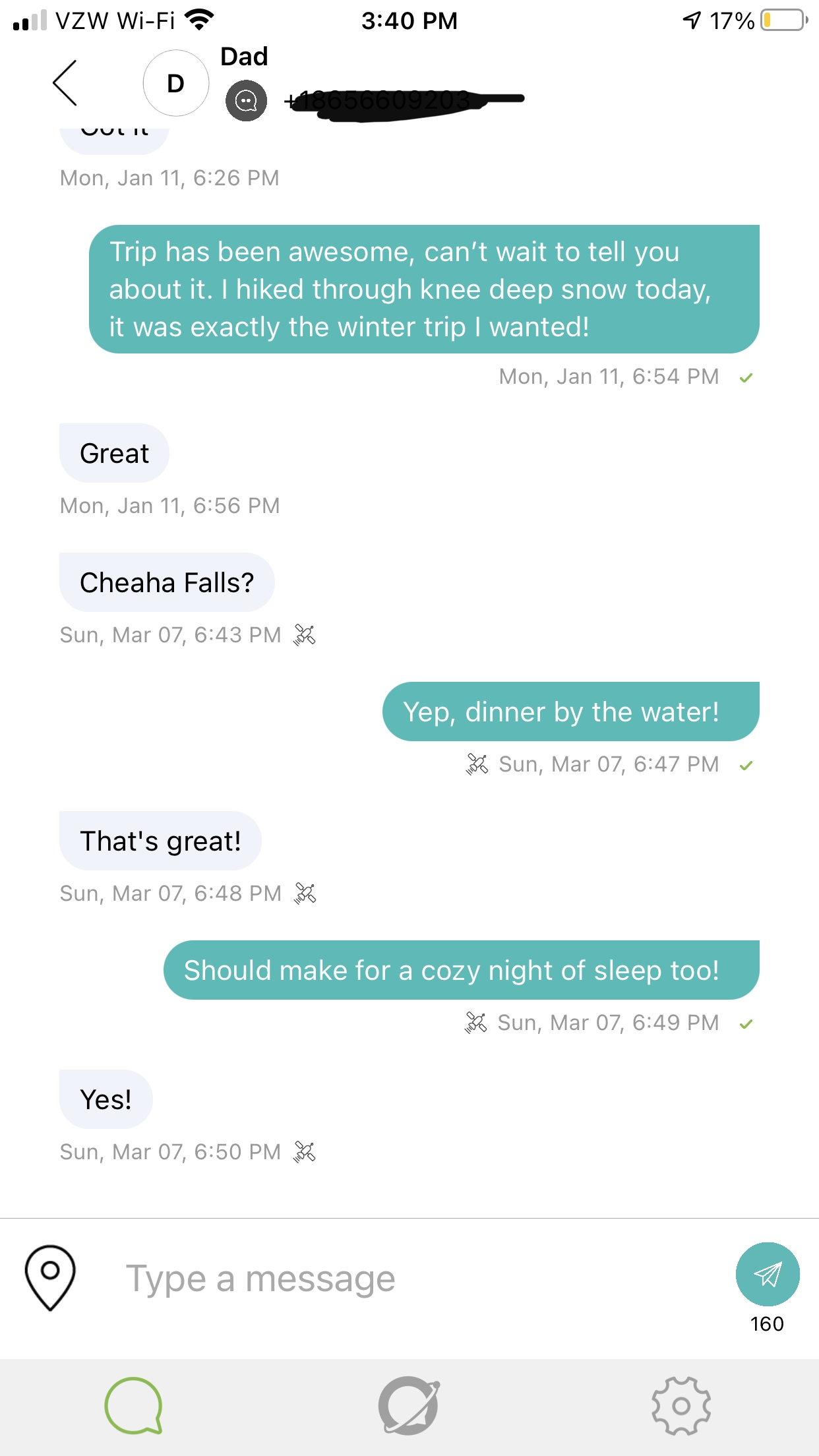 The ZOLEO satellite communicator offers two-way messaging, though the function tends to eat a lot of battery.

The ZOLEO, like any satellite communicator, has to scan for incoming messages, which eats the battery. To combat this the user can space out the frequency the device scans for messages. Searching for incoming messages every once in a while (say every 12 minutes) doesn’t do much at all to the battery, but left on a constant search it can eat the battery pretty quickly. I made the mistake one night of not switching off the constant search, and as a result, the device was totally trained by the following morning. So, while the device can quickly and efficiently send a stream of messages back and forth, it’s worth noting that this can do quite a number to the battery.

I was always able to eventually get enough signal to send or receive a message, but, as with any device like this, the user does need to have the device positioned in a way that can access satellites (out in the open).

I found the weather feature to be extremely helpful. The ZOLEO uses the user’s exact location for a hyper-local weather forecast for the upcoming hours and days. This feature will be intact regardless of the plan selected (but it does need a plan to work). The weather forecast is of course only as reliable as it ever can be (not completely) but it’s still nice to have a rough idea while out in the field. 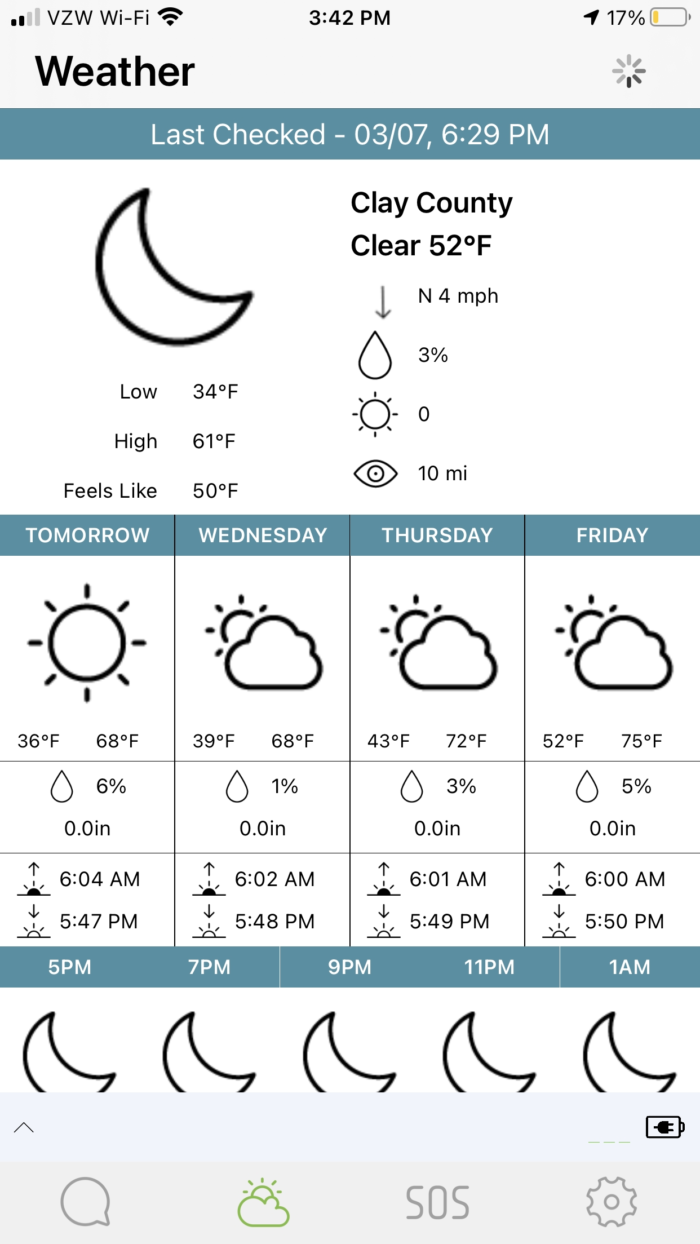 Interacting with the ZOLEO Itself

I mentioned before that there are only 3 buttons on the actual ZOLEO. These are the on/off button, the check-in button, and the SOS button. These limited options mean that there’s not much to do with the device itself, but what you can do is efficiently streamlined. The device lets you know when it has successfully checked in with a combination of beeps and lights going off. It interacts similarly when turning the device on or off, making it obvious that you’ve successfully done whichever it was that you intended. You can check the battery level by tapping the power button once to illuminate the battery indicator lights (one to four LEDs will illuminate to roughly indicate the charge level), or when paired with the app it will display the exact percentage remaining.

I thoroughly enjoyed getting to use this device. It’s straightforward to use and knowing that it should always be in satellite range is particularly comforting. Honestly, this is truly a fantastic new spin on satellite communicators that I think will really take off soon (even more than it already has). Even though you do really need a phone to get the most out of it, it’s still pretty handy doing just enough without if needed. The ZOLEO  is an exciting option for anybody searching for an affordable satellite communicator that prioritizes streamlined two-way communication. 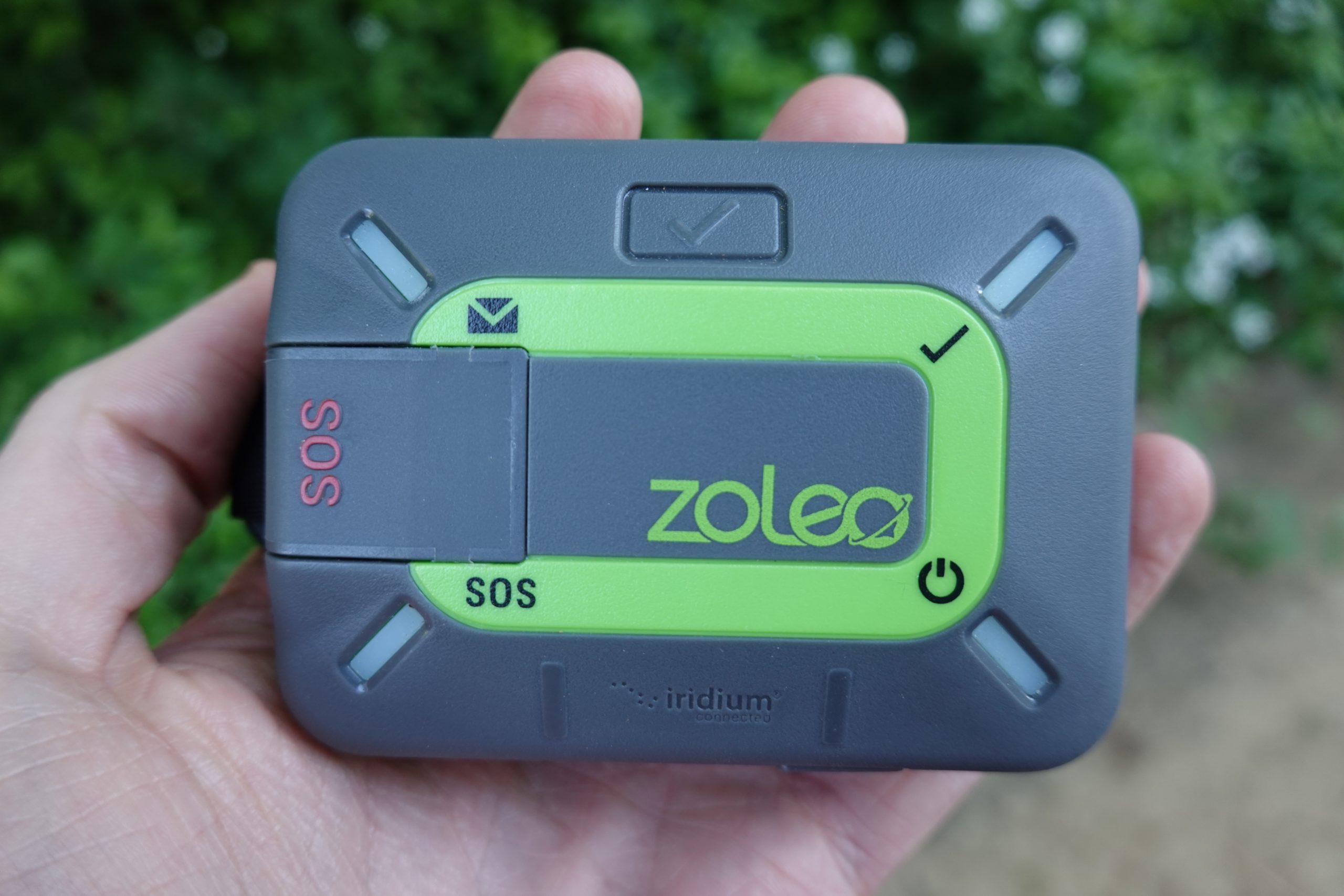 *This product was donated for purpose of review.