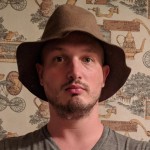 My first week on the PCT

In the days before my flight out I am nervous and jittery, like I’ve had eight coffees. Despite planning and training for months, the remaining items on my to-do list catch me by surprise. So, instead of saying teary goodbyes to friends and family, I’m running errands.

At 6:30 I drop my car off at the mechanic, making it street legal on exactly the same day I will stop driving it. Well into the evening the dehydrator is still running, while I’m upstairs packing the remaining resupply boxes with my girlfriend. I ask her to watch me pack my bag. On my shakedown hike I forgot shoes of all things, and I’m now extra paranoid about leaving something behind.

The great irony of planning this trip is that rather than drive us apart, it has brought us closer together. And it makes leaving much harder than anticipated. We barely sneak in a few hours of quality time together before we are up again at five to drive to the airport.

As an adult in my mid 30’s I’ve got a lot of reasons to think like that. Most things I’m excited about fall into a pattern of unrealistic expectations and eventual disappointments, like the promising new job that imploded and that vacation to Spain which felt a lot like staying at home except the food was a bit different and no one spoke English.

Am I fooling myself into thinking this trip could really be any different? Did I fall for the marketing? the Instagram photos? the trail blogs? Maybe underneath everything, I’m just a filthy suburbanite, my happiness synonymous with comfort. Maybe stability and success is as good as it gets. Maybe there’s no deeper meaning to anything we do.

Maybe I should just go back to work.

Maybe nothing can be transcendent anymore.

But maybe none of those doubts are true. Maybe the PCT really could give me some sense of wonder back. I need to at least check. I hop on the plane.

I wake up at the El Cajon Motel 6, change into my leggings, and throw the clothes I wore on the plane into the trash.

At the bus terminal there is a group of us. We all look nervous and no one is talking to each other. Everyone appears to be sizing each other up. Who’s in over their head? Who are the grizzled veterans of the outdoors? I see packs and sneakers that haven’t seen a speck of dirt yet. I wonder who’s here because they saw “Wild”.

As the bus gets moving, people open up. We’re a friendly bunch. The doubts I carried with me on the plane leave as soon as we head out of the city. Looking out the window I see a California that is uncharacteristically lush. This area has been plagued with years of drought and as a result this stretch can often be bleak and dry. I smile. I know what a gift this is.

At Campo, we snap pictures for each other at the terminus. Among an abandoned water bladder and some beaten up shoes someone has left two Tecate Lites. Mile 0 seems a bit early for trail magic, if that’s what this is supposed to be.

It rains a bit, not unpleasantly, and a rainbow peaks out. It’s faint, far in the distance, and fades by the time I finish the switchback. I’m too rational to put much stock in omens, but today I’d rather believe the trail is speaking to me. It seems to tell me, “The are rewards for you, so long as you keep moving forward.”

The fog rolls in and the temperature drops.  I throw my tarptent up and hope I don’t wake up in a puddle.

There’s a learning curve to my tent but I manage to stay dry somehow. The climb up to Morena Butte goes easily. At the saddle an older man startles me with a hello. He complains he’s moving too slowly. I admire his tenacity. I hope when I’m his age I still have his adventurous spirit. I ask for his name and he says, “my name’s Jimmy but people call me Slim-Jim. Let me give you my calling card.” I think, “who the hell brings a stack of business cards on the PCT?” Instead of a card Jimmy holds out a mini Slim Jim. Such panache! I can’t help but laugh.

All day I climb. The grade of the switchback is merciful but that doesn’t make it an easy day. I practically ran up Morena. Why is today so difficult?

Today gives me the opportunity to see what yesterday’s climbing was for. The trail flops to it’s opposite ridge and looks down into the arid Anza Borrego dessert floor. It’s a spectacular view covering thousands of feet in elevation. Some of the dropoffs are quite steep. I imagine what falling would feel like.

I pass a sitting hiker who is terrified of heights. Like a horse with blinders, he’s holding his pack in front of his face. He wont look up to see me but knows me by my voice. I make small talk to try and lighten the mood, but it’s the wrong time for jokes. I feel bad for him. It only gets worse on San Jacinto.

I cant keep track of days anymore. All my time here is blurring together.

We have been spoiled rotten with water sources. Every seasonal stream has been following and between those there are others that aren’t even listed on the water report. But today that luck runs out and the 33 mile stretch between Rodriguez Canyon and Barrel Springs is as dry as ever. I carry six liters out of Rodriguez Canyon and hope that the water caches are available.

The descent off granite mountain through San Felipe Valley is alive with activity. It looks hot but a cool breeze moves across the valley. Junipers pull water out of the sandy floor to create a small islands of moisture. Each supports a ring of green grasses and wildflowers around it.

Under the highway overpass I see a man sitting on a dried up tree trunk, a piece of debris from the last flash flood that widened the creek bed considerably. He looks a bit like high desert Santa Claus with his white beard and easy smile. He’s the trail angel “Ghost”, and there are few who will not meet him. I don’t need a ride but we trade stories. I ask about the crazies he’s picked up, and get an earful about the con-artists and grifters of the PCT. About hikers held captive, or conned out of money. He has their pictures on his phone, a photodex of faces he should not give rides to.

We part ways, he has people who need his help, and I have miles to put in. I make my way across the highway where the terrain changes dramatically. The cypress shrubland of the valley is replaced by an army of barrel cacti. Each is in full bloom, circled with a crown of yellow flowers. Where the cacti are absent the wildflowers fill in the gaps, with puddles of purple, white, and orange.

It is no exaggeration to say the environment changes from peak to peak. Some peaks, are in perpetual shade, others always in full sun. Each peak, mountain, ridge or valley, receives a unique combination of sunlight, shade and moisture, that allows some plants to thrive at the exclusion of others. All this ensures that no two mountains are entirely alike in the life they support. This is the great joy of hiking through Southern California in Spring.

In the Grapevine Mountains, it smells like honey for two straight days. I walk in rapture, barely paying attention to my steps, which I really need to be doing, a bad step here could mean a trip to the hospital.

Eventually I leave the Anza Borrego. The mountains descend to a view of a valley that slopes so slightly, and goes on for so long, that it gives me the sickening sensation my head is tilted. I camp among the oaks of Barrel Springs and officially put an end to this stretch of unreliable water.

Day whatever, who cares.

I wake up early and begin the 10 mile walk to Warner Springs. In the angular sun of the early morning I cross rolling hills of pure green. Stiff winds drive a blanket of mottled shadow across the grasses. I slow my pace almost nothing. If I could freeze this moment in time I’d never leave this spot.

Before I came out here, like practically everyone else, I wrote down my reasons for hiking the PCT. Those reasons are supposed to keep me grounded in hard times. But right now, I don’t really need a reason. Everyday feels like a gift. This trip is everything I hoped it would be and more. I know it won’t always be this easy. Bad weather will come and my body will eventually revolt against the stresses I ask it to endure. I’ll deal with that later. Right now my job is to enjoy each day to its fullest.

Best Down Jackets for Backpacking of 2020

video game developer, reluctant transcendentalist, and all around walking contradiction.