CT: A Hailstorm Beats A Shitstorm

I awoke to an empty camp feeling slow and sluggish, but altogether recovered from my allergic reaction. I pulled my shirt up to inspect my stomach and found that the skin was once again smooth and featureless apart from a constellation of freckles. The raised red welts that had appeared across my body in the night had subsided. Although my wicked headache reminded me that I hadn’t been able to collect water the night before, after the rain had turned the low lying tendril of a creek black with the cow pasture’s runoff. My throbbing head demanded water but I was going to have to hike to get it.

When I opened the door to my tent, I found a full water bottle tucked in my vestibule. Matt must have left this for me! I felt such intense physical relief and gratitude as I gulped down the contents of the bottle. Touched by the gesture, I silently sent him my thanks as my condition improved with every sip of the life-giving liquid.

When I finally packed up and left camp, the miles came easily. Relatively flat, rolling hills stretched out ahead as the trail joined a dirt road. Mercifully, the sky overhead was overcast and hazy. Under different circumstances, it might have occurred to me that a storm was building in the atmosphere above, but I couldn’t think beyond the immediate blessing of shade. A firmament of protection against the sun. When the terrain allowed for it, I would break into a gentle jog. In three and a half hours, I had covered 12 miles, despite my less-than-optimal physical condition. I was fiercely motivated to catch up to Matt and Big Spork.

I prayed the negative energy I carried would fall away with every passing mile. My legs moved easily, feet finding a magical sequence that lulled my mind into a meditative state. The jealousy and insecurity I’d felt the night before gave way to a sense of acceptance. Acceptance, primarily, of my choices and their consequences.

I didn’t want to be in competition with Matt or Sarah or anyone else. I wanted to compete with myself, to dig into the recesses of my own will and capabilities. If I wasn’t where I wanted to be, regardless of why that may be the case, I couldn’t blame Matt. I, myself, was the object of my rage and frustration–weighed down by my own unrelenting standards and expectations.

I imagined Big Spork and Matt somewhere ahead of me, pulling me down the trail with their gravity. I imagined them easing the strain of the effort I exerted. When I eventually caught and passed Big Spork, I imagined his weight propelling me forward. I told myself the three of us were a team. That we were carrying each other. 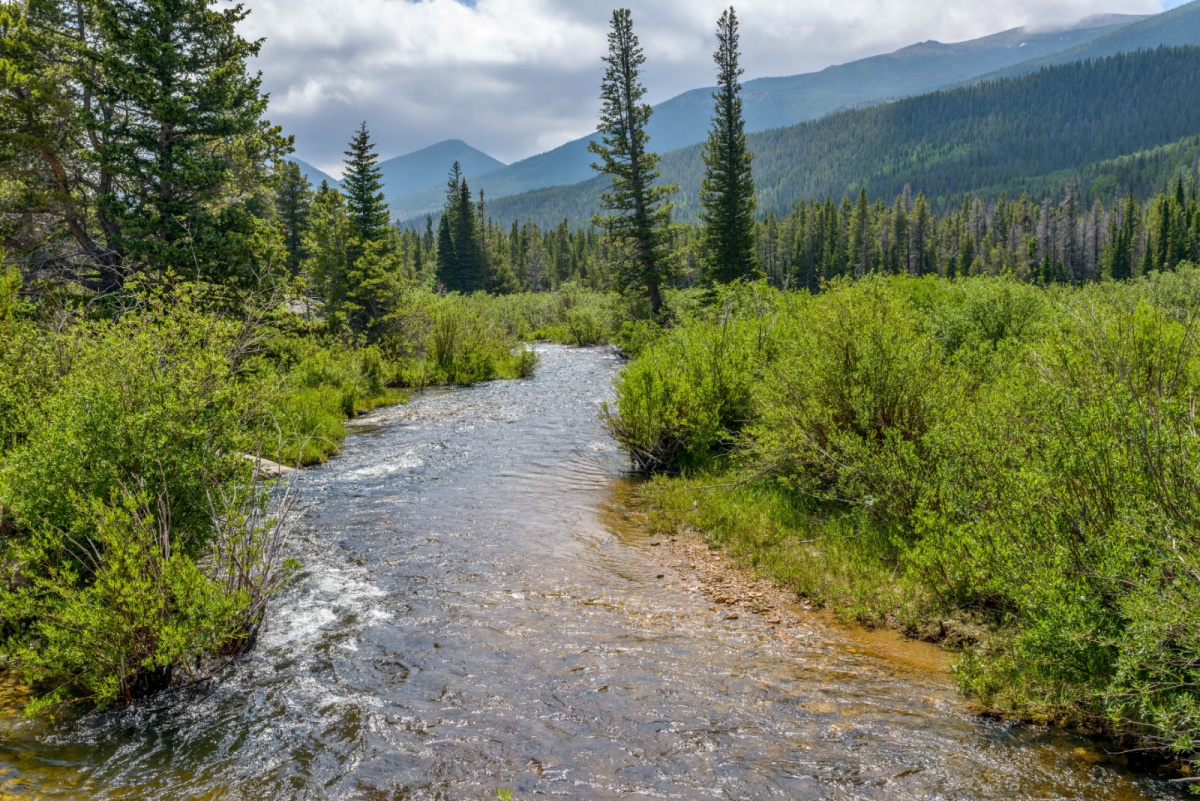 When I finally caught sight of Matt, he was bathing in a bend of a meandering stream, flanked by tall grasses which rippled in the breeze. I stepped off the trail and picked my way toward him along nearly invisible game trails. His back was turned toward me, muscles shifting and shuddering beneath his skin as he bent to scoop water into his cupped palms. I noticed, upon seeing him, that I hadn’t felt anxious in his absence. That this impending reunion seemed the most natural and predictable course of events. I didn’t feel nervous, or even surprised, to see him. Instead, I felt like I’d walked through the door of my own home, awash in the understated delight of familiarity and safety.

“Hey,” I called, making myself known.

He twisted at the waist to face me, cocked his head, and smiled in my direction.

“Hey, Bella.” The soft syllables of my name on his lips made me shiver.

“Thank you for the water, Matt. It was truly the greatest gift you could have given me.”

“I don’t know about that,” His smile lines appeared alongside his teasing smirk, “I can think of so many gifts I’d like to give you…”

I rolled my eyes but couldn’t keep from smiling in return.

“How are you feeling?” He asked, suddenly serious with concern.

I unlaced my trail runners, removed my socks, and waded into the stream.

“I feel good. Fine. The hives are gone. Thank you for, um, everything.”

I felt unexpectedly awkward as I thought about the night before but I shed those anxieties by removing my filthy clothes and submerging myself in a deep pool of rushing water. It was glorious to be clean, or even a little more cleaner, than I had been in days. To arch my back in bridge pose, allowing the water to run through my hair. To wash away the grit and grime that etched patterns onto my legs. When I walked back to the bank of sun-warmed stones, I noticed tiny little leeches clinging to my feet and ankles. Their inky black bodies wriggled and writhed as I brushed them away unceremoniously. A handful of leeches would not disturb my post river-dip zen. 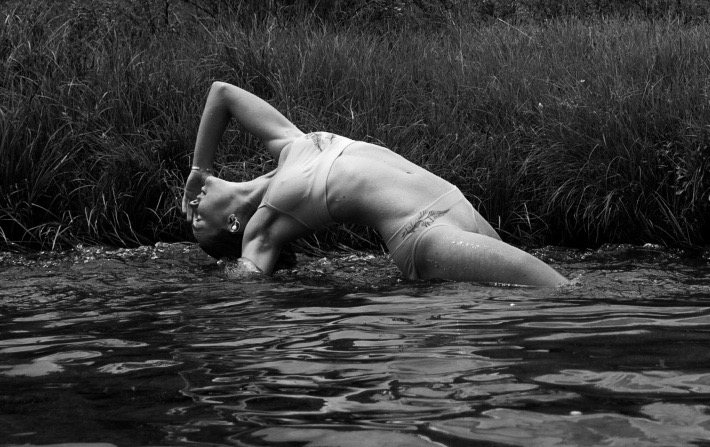 As Matt, Big Spork, and I started hiking away from our lunch-time spot on the stream, a nearly opaque wall of precipitation began moving toward us. In a matter of minutes, the sun-streaked afternoon yielded to an ominous indigo gloom. The moment we collided with the oncoming front, thunder ricocheted off the rocky walls framing the river valley. The echoes were closer and more aggressive than I had anticipated. For the first time, I felt genuine concern over the prospect of being struck by lightning.

Raindrops instantaneously turned into hailstones which bit at the flesh of my thighs and nipping at my shoulders. I released a nervous, high-pitched howl but the sound was drowned out. Thunder, deafening in its proximity, clamored and cracked as if coming from every direction. I had hiked through storms before but nothing like that. The three of us marched, heads down, with a swiftness driven by fear.

A hand grabbed at my shoulder, “Let’s get off the trail!” Matt shouted into my ear.

We broke away from the path and headed toward the treeline so that we would not be the tallest points on the open hillside. I worried about walking beneath the trees, as they were significantly taller and even more likely to be struck, but I wasn’t sure of the safest course of action. Every now and then I would see other hikers along the treeline, huddled beneath the generous branches of conifers. They were stationary, but I didn’t want to stop moving for fear I’d become too cold in the plummeting temperature. When lightning flashed, I would reflexively start counting but thunder would erupt overhead, and I would flinch, letting my count fade into the explosion of sound. Thunder travels away from a lightning bolt and in about 5 seconds time, the sound has reached one mile. Because the thunder was occurring so rapidly after the lightning, I could infer the lighting strikes were less than one mile away. 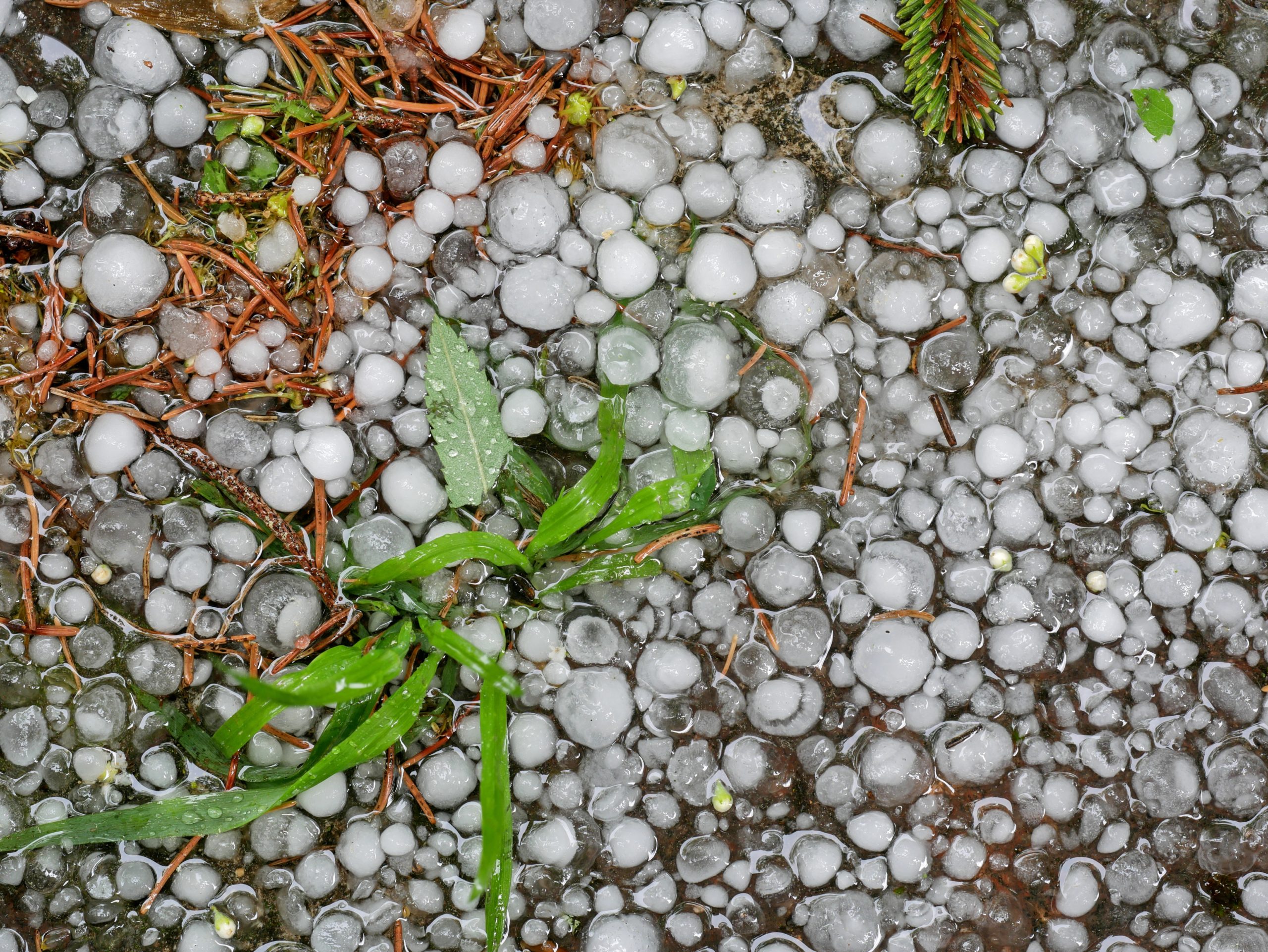 There was something magnificent about that storm. Although I was drenched and battered by hail, internally I felt balanced and sturdy. The past 48 hours had been a series of knocks and shocks, but I had managed to absorb them with grace and gratitude. One of the miraculous elements of thru-hiking, I suppose, is learning that you’re capable of so much more than you had imagined. The irony of this is that those revelations were not always admirable. I had learned a great deal about my own capacity for avoidance, duplicity, and selfishness.

As the storm ebbed off, we came upon a river crossing that gushed with the new influx of

precipitation. With water lapping at my feet, I moved slowly over the downed tree which served as a footbridge, but suddenly lost my footing. I sunk chest-deep into the cloudy river, my feet scraping against obscured rocks below. Rather than try to climb back onto the slippery tree trunk, I steadied myself against it as I forded the river on foot until I reached the far side of the river crossing where Matt and Big Spork waited like patient spectators.

I emerged, sopping wet, and delivered a theatrical bow.

Big Spork nodded, “At least you’re not covered in cow shit anymore, am I right?”