Although some evacuation orders were lifted yesterday, the Dixie Fire near the familiar PCT communities of Quincy, Chester, Belden, and Bucks Lake in California continues to grow.  As of 7am on August 2, the burn area stands at 248,820 acres at 35% containment.  With conditions drying over the next 48 hours, fire activity is expected to increase with burning towards control lines and of unburned interior islands and ridges.  The fire, which started on July 13 along the Feather River, has already consumed dozens of structures while threatening another 7,000.  Full containment is estimated for August 13. 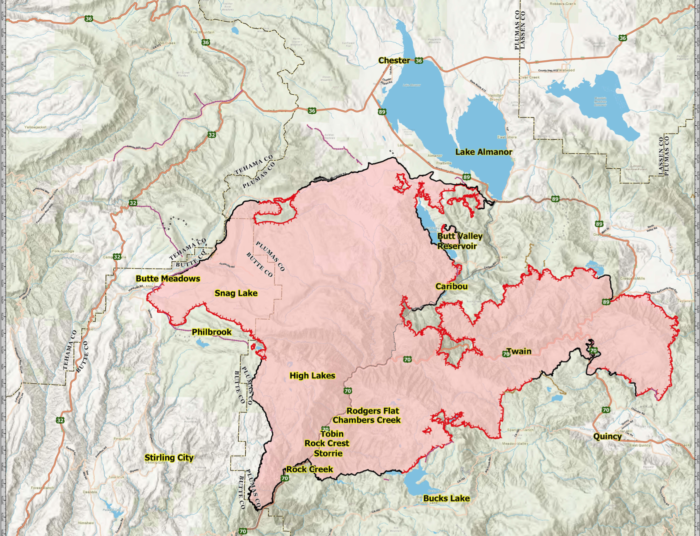 The Dixie Fire as of August 2. Image via

Per the PCTA, approximately 130 miles of the PCT remain closed to backpacking, from Quincy-LaPorte Rd (mile 1235) to the northern boundary of Lassen Volcanic National Park (mile 1365).  This includes the PCT midpoint, which, while visually unspectacular, is an important milestone for many thru-hikers.

The latest reports suggest that all structures at Belden Town Resort have survived, although the popular on-trail watering hole is expected to remain closed for the remainder of 2021.  Elsewhere, large portions of the PCT have burned within the fire boundary.  Future impacts have yet to be assessed, and it can take years to reopen portions of trail that experience wildfires.

Current recommendations for hikers traveling northbound are to leave the PCT at A-tree spring (mile 1220) or the Jamison Creek trail (mile 1217) and walk to the town of Graeagle where public transportation is available. 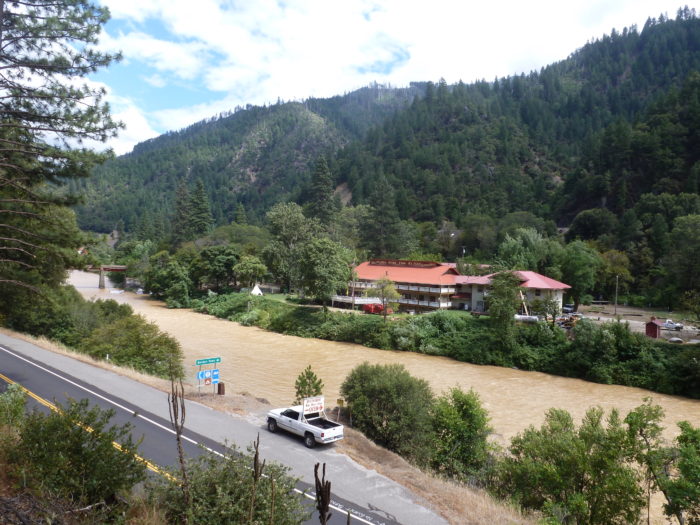 With smoke impacts uncertain and ever changing, the PCTA currently does not have solid recommendations for rejoining the PCT north of the closure.  Old Station is the obvious access point, but thick smoke has blanketed the PCT as far north as Dunsmuir.  The Dixie Fire, along with other fires in the West, has affected air quality as far away as New York City.  However, shifting winds have the potential to clear the air within hours.  The reverse is also true, and it can be hazardous to hike in smokey conditions.  Hikers with preexisting medical conditions especially should avoid areas affected by wildfire smoke.

For up-to-date information about the impacts of the Dixie Fire on the PCT, please refer to the PCTA closure page.

General information on the Dixie Fire can be found on InciWeb.

TheTrek sends our condolences and support to those communities and trail angels affected by the Dixie Fire.  Thank you to the firefighters and personnel fighting to protect them.

Featured image of the Dixie Fire via