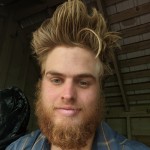 When I first got the name Sidetrack at Above the Clouds hostel I felt like I had earned it. I had been frequently distracted by the controlled chaos of the hostel, and I can be scatterbrained at the best of times.

The name seems to be more than a label, but a philosophy of its own. I’ve become more open to the unplanned adventure and more receptive to the offer of an interesting diversion. It is changing me as I do my best to live up to it.

My most impulsive and risky decision so far was made today. I’ve decided to add an extra thru hike to my current adventure.

I was talking casually to a fellow hiker named Batona. I had mentioned not knowing what to do when we finish, and that, if I had the money, I’d go finish the part of the Vermont Long Trail that the Appalachian Trail doesn’t cover.

He said “I was actually thinking of getting off the AT and going south from Canada back to where it splits.”

That seemed like a rediculous idea, but, being a fan of abnormal behavior, I was intrigued.

We batted the idea around with the Long Trail hikers around us and were warned against it. Northern Vermont has a reputation for brutality. We would be thrown into a crucible, facing the steepest and most technical terrain yet.

I was almost relieved when I noticed that the two trails split only a few miles north of us. We would have 24 hours to arrange a ride if we were going to make the attempt.

The next day I met Batona for lunch at the Yellow Deli in Rutland. He asked what my thoughts were in the possibility. I checked my bank account, hoping for a rare instant that I didn’t have the money, and could give that excuse.

Alas, I was not yet broke. and I said if we could find a ride to the border I would go.

I felt rather clever. I was only committed if we started from the northern terminus instead of simply continuing on the LT north and having all that time to sort out a ride back.

It was unlikely that we could arrange such a long shuttle quickly, or affordably. I could avoid the challenge, and tell myself that it wasn’t my fault, but simply a logistic difficulty.

When Batona asked me an hour later if I was still serious, I knew there was a new development. He’d posted in a Long Trail Facebook group and gotten a ride arranged within an hour.

Now facing the real possibility of an unplanned adventure I couldn’t decide. I was a guest on the Papa Bear Hikes podcast that afternoon and told the host my situation. He encouraged me to go for it, so long as I didn’t blame him if something went wrong.

After the podcast was recorded I found Batona and said yes, I would go with him. I bought five days of food and tried to pivot my mind to a new task and a new trail

I am nervous, but excited for another chance to live up to my name.