Following an intensive two-day search, on Tuesday Inyo County Search and Rescue recovered the body of a deceased hiker who had been reported missing on Mt. Whitney on April 18th.

The man, 36-year-old Saulo Sifuentes Escalante of Conroe, TX, had last been seen departing Whitney Portal solo last Thursday, April 15th, and was believed to be attempting to summit the mountain in a single day. Escalante’s sister, Marlene Escalante, said in a comment on Inyo County Sheriff’s Office’s Facebook page that her brother had discovered a passion for hiking up mountains in the past year. It is unclear what equipment Saulo Escalante had brought with him for the climb.

A search team spotted Escalante’s body from a Chinook helicopter on Tuesday after officials were able to pinpoint his likely location using cell phone data. Search and Rescue members then accessed the site on foot from a landing zone 1200 feet below to assist in the recovery of his remains.

Officials say he had apparently been ascending a steep, snowy, north-facing chute at approximately 11,600 feet when he slipped and fell. 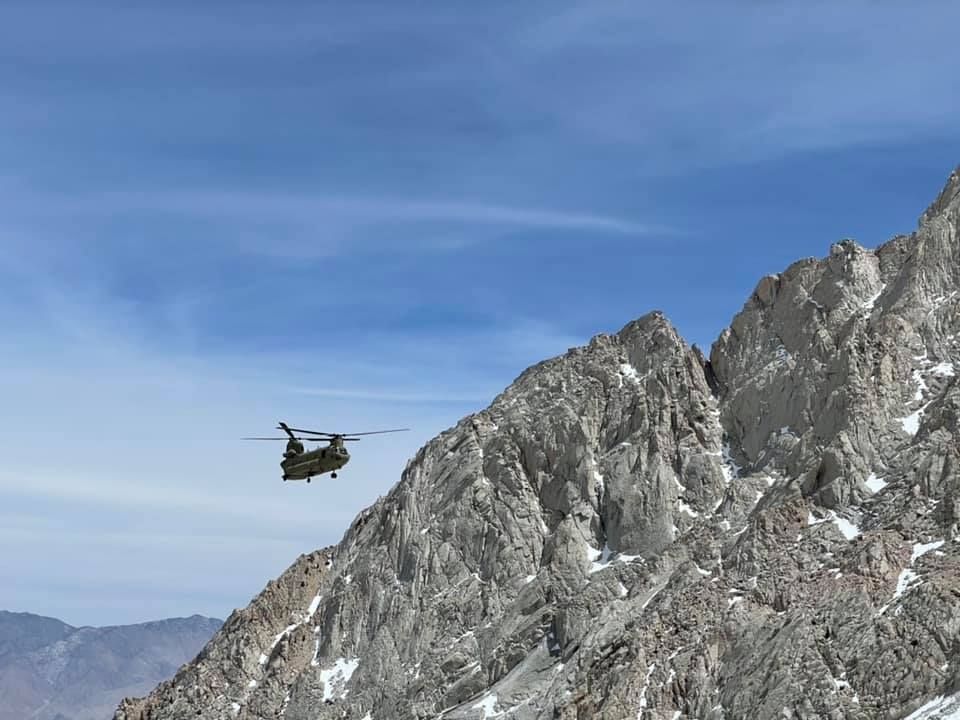 “Thank You to Deputy Guido, to everyone involved, all the volunteers that put their own lives at risk to find and bring my brother down to his family,” said Marlene Escalante on the Inyo Sheriff’s Office Facebook page. “My brother passes away doing what he loved.”

A Difficult and Dangerous Endeavor

Mt. Whitney, located in California’s Sierra Nevada mountain range, is the tallest mountain in the contiguous United States at 14,505 feet.

Summiting is strenuous under the best of conditions: it is a 22-mile round trip with some 6,600 feet of elevation gain from the Whitney Portal trailhead and significant time in exposed, high-altitude conditions. An early-season ascent, like Escalante’s, would be even more difficult and dangerous due to snow, ice, and potentially extreme weather conditions.

Due to its elevation, the mountain typically remains snow-covered and treacherous throughout the spring months and the trail may not be clear until July or later. “Ice axes and crampons are needed in spring and early summer,” according to the National Park Service, “but technical climbing equipment is not usually necessary between mid-July and early October.”

Due to the trail’s difficulty and popularity, hikers are required to obtain a permit to hike the mountain, even for a day trip. A strict quota system limits the number of hikers from May to November, making it famously difficult to obtain a permit. Permits are required year-round, but during the off-season, there is no quota and the number of hikers per day is unlimited.