Picture the first mountain you climbed. Standing on that summit, the feelings of joy, exhaustion, and confidence can be overwhelming. Accomplishing a goal that once seemed elusive opens up a world of possibilities. Pyles Camp provides this feeling of pride every single summer, as boys head into the backcountry for their first time.

Pyles Boys Camp, named after Bob Pyles, is a leadership and character development program. Since its founding in 1949, Pyles has worked with over 28,000 boys ages 12 to 14. Their program includes a two-week summer wilderness camp experience, winter follow-up, second-year summer camp, leadership development, and college scholarship programs. Each summer, 450 new boys in the greater Los Angeles area are selected to participate in one of five wilderness trips. By partnering with local organizations as well as school counselors and teachers, Pyles brings in kids who are disadvantaged and underserved. The entire program is free of charge, from transportation to gear. 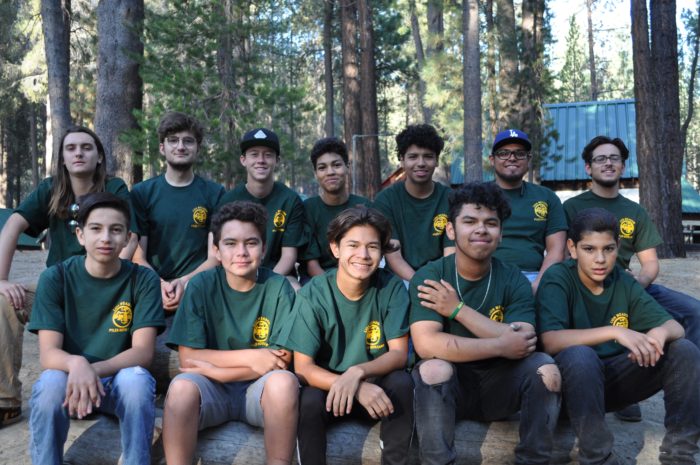 When asked what he would like his legacy to be, Bob described the mission of Pyles Camp. In his retirement in the mid-1940s, he saw the need for positive male role models as many fathers weren’t returning from war. Along the Kern River and high in the Sierra Nevada, Bob found a home for Pyles. More than 70 years later, that piece of Sequoia National Forest still welcomes boys and provides growth through wilderness immersion. 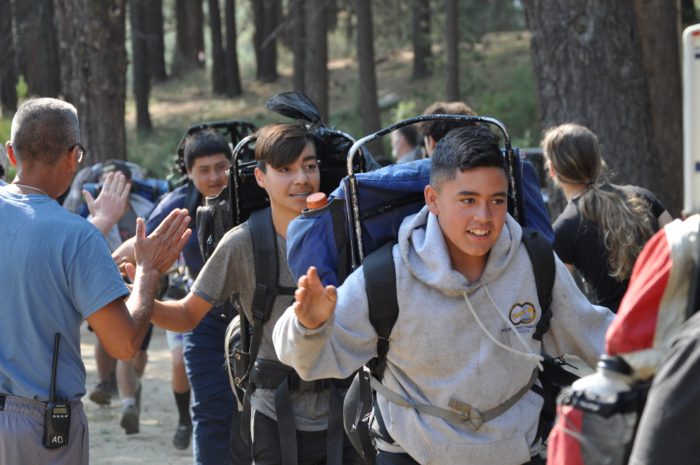 Adam “Stripes” Bell and Jorge “Panda” Mendoza are two of Pyles’s amazing staff members. Adam, the executive director, found Pyles upon moving to California and was immediately inspired to become involved. The mission of growth and development through wilderness immersion combines his passions for backpacking and community engagement. On the other hand, Pyles has been a constant in Jorge’s life. His dad was involved in the 1970s, and in 2007, Jorge joined the program himself. This was his first experience backpacking and exposure in the wilderness. After the full three-year program, he became a staff member and is now the program director.

Adam and Jorge both note how pertinent the original mission of Pyles Camp is today. Though Los Angeles has changed since the 1940s, the ability for nature to show kids the leadership and positive impact they are capable of has not.

From Boys to Men

“I should like to find a beautiful site in the mountains; where the cool, clean air will fill their lungs and give children renewed strength and vigor; where the clear, flowing waters of a mountain stream will afford them a place to fish and swim and rebuild their depleted bodies; where the grassy meadows, the winding trails and the tall trees will furnish them the means of regaining free hearts and free minds, and instill in them once more a feeling of security, a belief in self, and the desire to become the finest citizens in the finest country in the world.” – Bob Pyles

Alumni of Pyles include world champion boxers, professional athletes, and CIA agents, to name a few. Adam notes that “this kind of story is more common than not.” One camper took his first flight ever as a law school recruit to Brown University, after finishing the law fellows program at UCLA. Though Adam encourages this man to attribute his successes to his own hard work and determination, he consistently credits Pyles Camp. These adolescent interventions have changed thousands of lives.

Who Goes to Pyles? 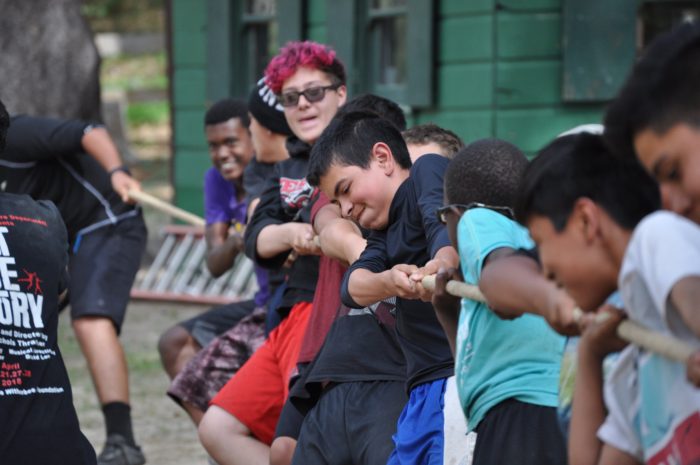 Participants of Pyles Camp are from anywhere between Orange County, Tulare County, and out west to Santa Maria. With a myriad of different backgrounds, these boys come together each summer. In Pyles’s mission, there is no explicit mention of race. Pyles Camp seeks to introduce disadvantaged kids to the wilderness for personal growth, regardless of their race or background. So why then, are more than half of their campers Black or Hispanic?

“We don’t go out to recruit boys based on being young men of color, but the camp world is pretty white across the country. Based on the areas in which we recruit, we try to break that mold. While we’re not continuously addressing the topic of race up at camp, when you talk to a lot of our alumni, they say coming to the camp was the first time they ever saw someone of a different skin color and it wasn’t in an adversarial way.” – Jorge

Economic inequalities permeate our outdoor spaces. In Los Angeles County, “Nearly a quarter of the County’s African Americans (24.5 percent) and Latinos (23.7 percent) live below the poverty level—compared with about one in ten Whites (10.6 percent)” (PolicyLink LA Profile). Families living at or below the poverty line may never have the luxury of taking a camping or backpacking trip. Because of this, young BIPOC men are much more likely to benefit from a program like Pyles Camp. These men prepare meals for each other, climb mountains together, and take care of one another in the backcountry. Adam and Jorge note this level of immersion as a key factor in addressing diversity, equity, and inclusion. 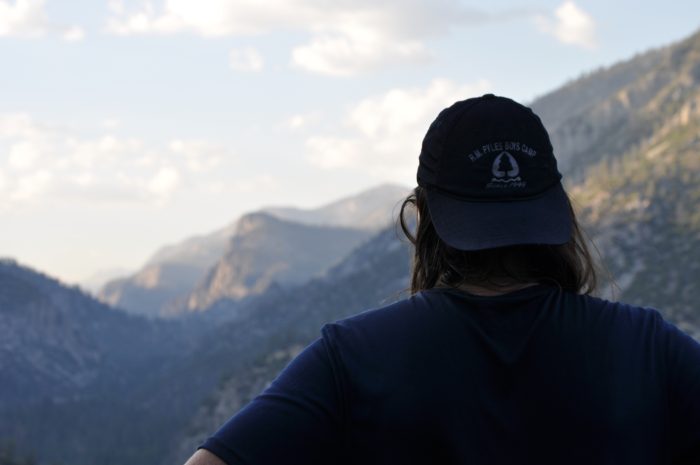 “The first mountain the boys climb is Jerky Mountain,” says Adam. “If Panda and I were to hike it, it would take 30, 45 minutes. For our group, it sometimes takes 3-4 hours. They’re climbing uphill the whole time. When they get to the top, behind them is the Lloyd Meadows Basin, in front of them is the Golden Trout Wilderness. It’s 95 degrees, yet they’re looking at snow-covered mountains and streams. The sense of accomplishment that comes with getting to the top of that mountain is palpable. We have a debrief at the top about goal setting and pushing yourself to the limit. Nature is our tool to teach this.”

Throughout the two-week camp, participants learn archery, complete ropes courses, summit mountains, and immerse themselves in wilderness. All of these activities are meant to teach more than the surface-level skills. Nature provides the pathway for Pyles Camp counselors to mentor boys and show what becomes achievable through perseverance. After the boys summit Jerky Mountain, they continue on into the wilderness. The counselors impress upon them the importance of continuing forward, even after achieving one audacious goal.

The End of Camp 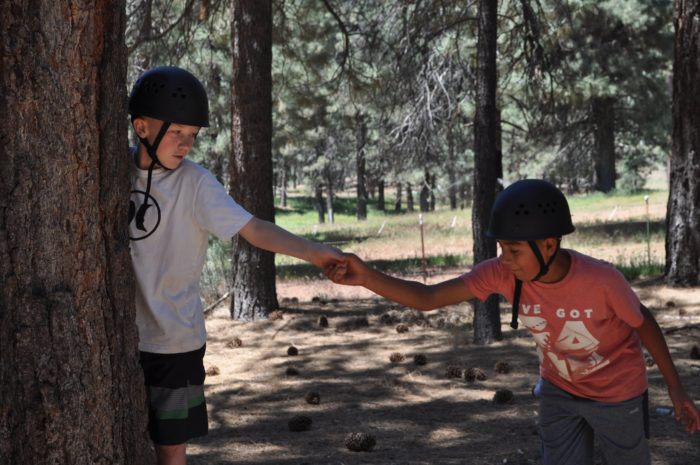 At the end of each retreat, the men participate in a pine cone ceremony. Jorge notes this as one of the most memorable experiences for the campers, as they reflect on what they have learned.

“We’re at the campfire with all the lights turned off, and we form a circle of sugar pine cones on the ground. We invite anyone who would like to come up and share. They pull a sugar pine out of the box, and there’s sparks and crackles. It creates this really nice effect, and then they share their story. We’ve heard every story you can imagine at the pine cone ceremony.”

Campfires are magical. The dim, intimate light of the pine cone ceremony allows everyone to be at their most vulnerable. Campers have shared how their counselors have become father figures, by showing them the power of a positive role model. No matter where each kid came from, when they leave Pyles Camp, their lives will have been changed for the better.

How to Get Involved 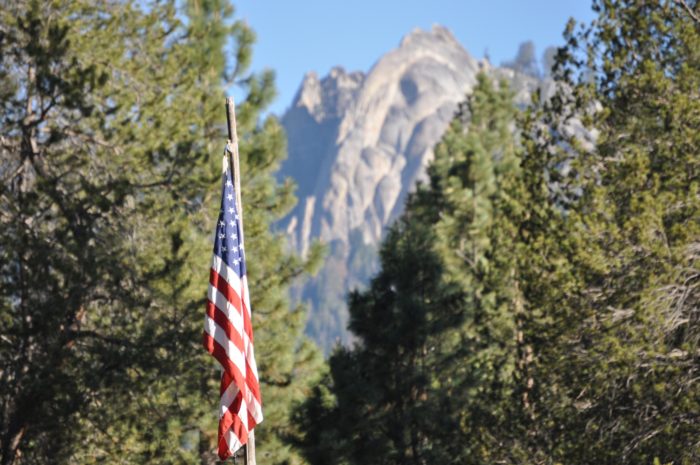 Pyles Camp is always accepting donations. Financial support from the community and grants play a significant role in providing these boys the opportunity to attend Pyles with zero cost. There are also opportunities to become a selector or attend an annual BBQ. Check out their website or reach out to directly Adam ([email protected]) or Jorge ([email protected]) with any questions.