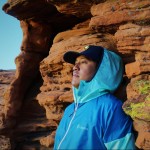 Northbound on the John Muir Trail: Part I

The John Muir Trail is arguably the most beautiful and sought out trail of the Lower 48. The conventional route is heading SOBO from the northern terminus in Yosemite, toward the southern terminus, summiting the 14,505-foot Mt. Whitney and exiting at Whitney Portal. The biggest issue I’ve seen with people who want to do the entire trail is getting that permit. The National Park Service only issues a handful of permits a year that begin in Yosemite and end at Whitney Portal, so if you have aspirations of completing the entire trail, you may want to consider heading northbound like we did. 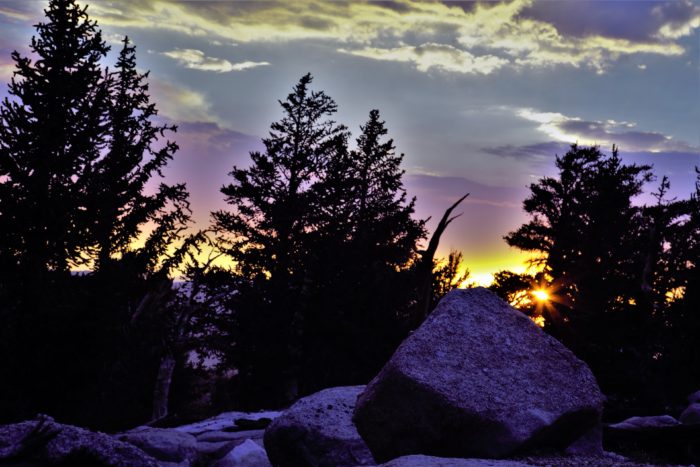 I didn’t want to fuss with the application process of trying to obtain a permit for a SOBO journey, so I eliminated all of that by starting here to obtain our permits for beginning in the Golden Trout Wilderness at the Cottonwood Pass trailhead. For a couple of months before we set off to California, it seemed like the majority of what I was reading on the John Muir Trail Facebook Page was about how so many people were struggling with getting a SOBO permit. I ain’t got time for that! Plenty of other stuff to worry about, like cutting my toothbrush in half and trimming straps to save grams! Just kidding… sort of.

There are a million reasons to go SOBO and a million and one reasons to go NOBO, but I’ll get into that a bit later. Let’s start by telling you how we got there. Thanks to radical extremists who target airplanes to attempt to get their message across, long lines at security checkpoints, and the overwhelming parking prices at airports, this Army veteran won’t step foot on an airplane… so we hopped aboard Amtrak. Does it take forever? Yup. So what. Why are you in a rush anyway? Oh yeah, America.

A few advantages of travel by train

Our journey began in late August in Salt Lake City, traveling to Sacramento, and eventually down to Bakersfield. I could go all day long about how awesome this part of the journey was, but I know none of you clicked on this to read about train travel. Since it’s the new millennium, naturally we Uber’ed to the Eastern Sierra InterAgency Visitor Center to pick up our permits. We also kicked in a few extra bucks to have him take us to the Horseshoe Meadow campground. Had I known better, we would’ve taken the Eastern Sierra Transit from either Mojave or Inyokern to save a few bucks. It was around $180 from Bakersfield to Lone Pine and then to the campground, so I wasn’t heartbroken over the door-to-trail service from Uber. 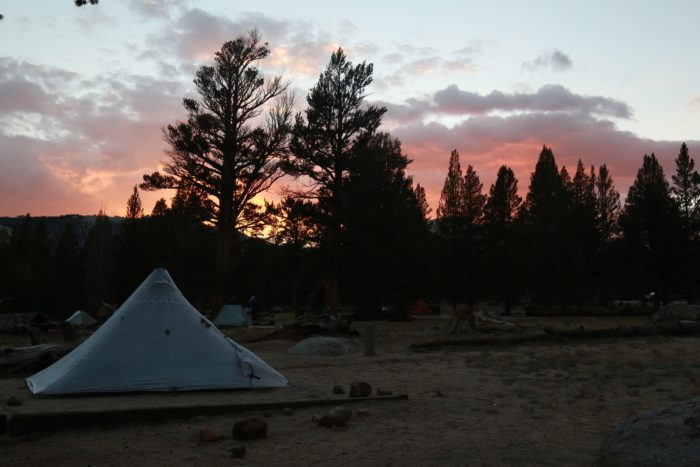 But you added a lot of miles to your hike

Another one of the big advantages was being able to properly acclimate the best we could. You’d think that Coloradans wouldn’t have an issue with it, but the added 30 miles or so really helped. If you’ve got the time, starting out at Cottonwood Pass adds about 22 miles to the journey until it intersects with the PCT, where you’ll begin heading north to Crabtree Meadow. The Cottonwood Lakes route will also take you to the same place.

Our first resupply spot was Mt. Williamson Motel and Basecamp where we took a zero and got to check out a little of the awesome little town of Lone Pine. I highly recommend crashing there for a night and picking the mind of Strider, who runs the place and is incredibly knowledgeable of the trail and region. She will give you amazing insight on what you have to look forward to in the coming days. She’s a legend, and aside from the backcountry rangers, she gave us all the insight we could contain. If Mt. Williamson is a bit out of the budget, I would recommend hitting up Mt. Whitney Motel or the Whitney Portal Store & Hostel. Both of them offer resupply services, and they’re both in the heart of Lone Pine. Whichever one you choose, be sure you call to verify everything and to ensure your resupply package has arrived safe and sound. Nothing will ruin a thru-hike faster than not having your resupply there when you need it.

Crabtree Meadow is where the action really begins, and where you’ll start to feel like you’re thru-hiking. It was for us, at least. When you get to the base of the meadow, be sure to pick a campsite south of the meadow (unlike we did) to avoid the massive amounts of marmot droppings. Our camp spot gave us an amazing view of Mt. Whitney for sunset, and we had an audience the next morning waiting anxiously for us to give them some love.

By this time we were acclimated and ready to take on everything that the trail had in store for us. Unfortunately, we didn’t get to summit Mt. Whitney thanks to Mother Nature, so we continued north toward Shepard Pass. We actually ended up having to bail out at Shepherd Pass due to a knee injury, so we got into Independence a day early to add another zero day to our schedule. We missed Whitney and Forester Pass by this point, but we figured it was best to rest to complete the trail than to take our chances.

This brings me to another advantage of hiking the JMT NOBO. If you’ve never thru-hiked before, beginning at the southern terminus allows for accessible bailout points. I know, you’ve been talking about the JMT for years and you’ve day-hiked your ass off every day since, so you’re ready and nothing will stop you. Please keep in mind that the first few days on the trail from the south will give you an opportunity to really dial in gear and get everything situated before heading farther north. If you find the need to change something out, send something home, or realize that maybe thru-hiking isn’t for you, don’t be ashamed about bailing. Like I said, it’s better to be able to hike another day than not being able to hike again. There’s zero shame in bailing out, so if you need to there are plenty of places to do so and there was an abundance of people on the trail after Crabtree Meadow who will more than likely help in any way they can.

I hope I’ve given you a few good reasons why heading NOBO is the way to go for the JMT. Ultimately, in the end, it’s your hike and you do what’s best for you. I’ll continue with our story and give some more insight to the NOBO route soon, so stay tuned!

Dropping into Crabtree Meadow with a view of the beautiful Mt. Whitney

The question that goes through my mind at least once a day is,"What is your purpose in life?" My answer - to inspire others to step out of their comfort zones and dark places in life to achieve their goals. Getting outdoors, getting lost, and finding myself is the key attribute to who I am today. I'm an average dude doing epic stuff and I want to share these experiences with the world through words and photos. #catchmeatthesummit