Numb Toes After Finishing Your Thru-Hike? Here’s Why.

In July of 2018, I lost most of the sensitivity in my toes on both feet. I didn’t think much of it at first. I was in the middle of an Appalachian Trail thru-hike, after all. This was far from the first weird foot thing I’d suffered.

I’d experienced numerous episodes of Raynaud’s syndrome and struggled through a nasty bout of trench foot, and my calluses were like the Antarctic ice sheet.

But when October rolled around and I still couldn’t feel a thing, I started to worry. Had I done something to permanently damage my toes?

After seeing no improvement in my condition upon completing my hike, I decided to do what any sensible person would: ask WebMD. Naturally, I came away from my research session half-convinced I had a rare, crippling, and poorly understood immune system disorder.

But further research revealed a much more likely—and less distressing—cause: simple overuse. Even better news: most hikers suffering from toe numbness say it gets better after a few months.

Ed. Note: We are hikers, not doctors. This advice is not intended to be a substitute for professional medical advice, diagnosis, or treatment. Always seek the advice of a qualified health care provider with any questions you may have regarding a medical condition.

READ NEXT – How to Prevent and Treat 7 Common Thru-Hiking Foot Problems.

Many cases of toe numbness are simply the result of walking a long way with a heavy pack. Photo via.

After turning to the hiking community for answers, I eventually realized that tingly toes are common among thru-hikers.

The phenomenon is called digitalgia paresthetica, and it’s simply the result of walking a very long way with a heavy backpack. Many hikers know it simply as “Christmas toes,” because most don’t regain feeling until Christmastime. The phenomenon is also common among military personnel, foresters, skiers, and mountaineers.

According to a 2016 study in the Journal of Special Operations Medicine, digitalgia paresthetica is “likely caused by compression of the sensory digital nerves in the foot during load carriage.” In other words, after carrying 20-25 pounds 2200 miles through the mountains, I’d more or less smooshed some of the nerve endings in my feet.

“Although no studies have demonstrated effective prevention measures for digitalgia paresthetica, reducing loads and march distances may help by decreasing the forces and repetitive stress on the foot and lower leg,” the authors suggested.

A 2003 study in Wilderness and Environmental Medicine took a closer look at incidences of digitalgia paresthetica in Appalachian Trail hikers. Researchers surveyed 96 hikers who had walked a minimum of seven days on the AT. They found that 34% of respondents suffered from some sort of paresthesia. (A paresthesia is a numb/tingly sensation somewhere on the skin with no apparent physical cause).

Interestingly, 98% of study participants had fully recovered from their paresthesias just 30 days after completing their hikes. 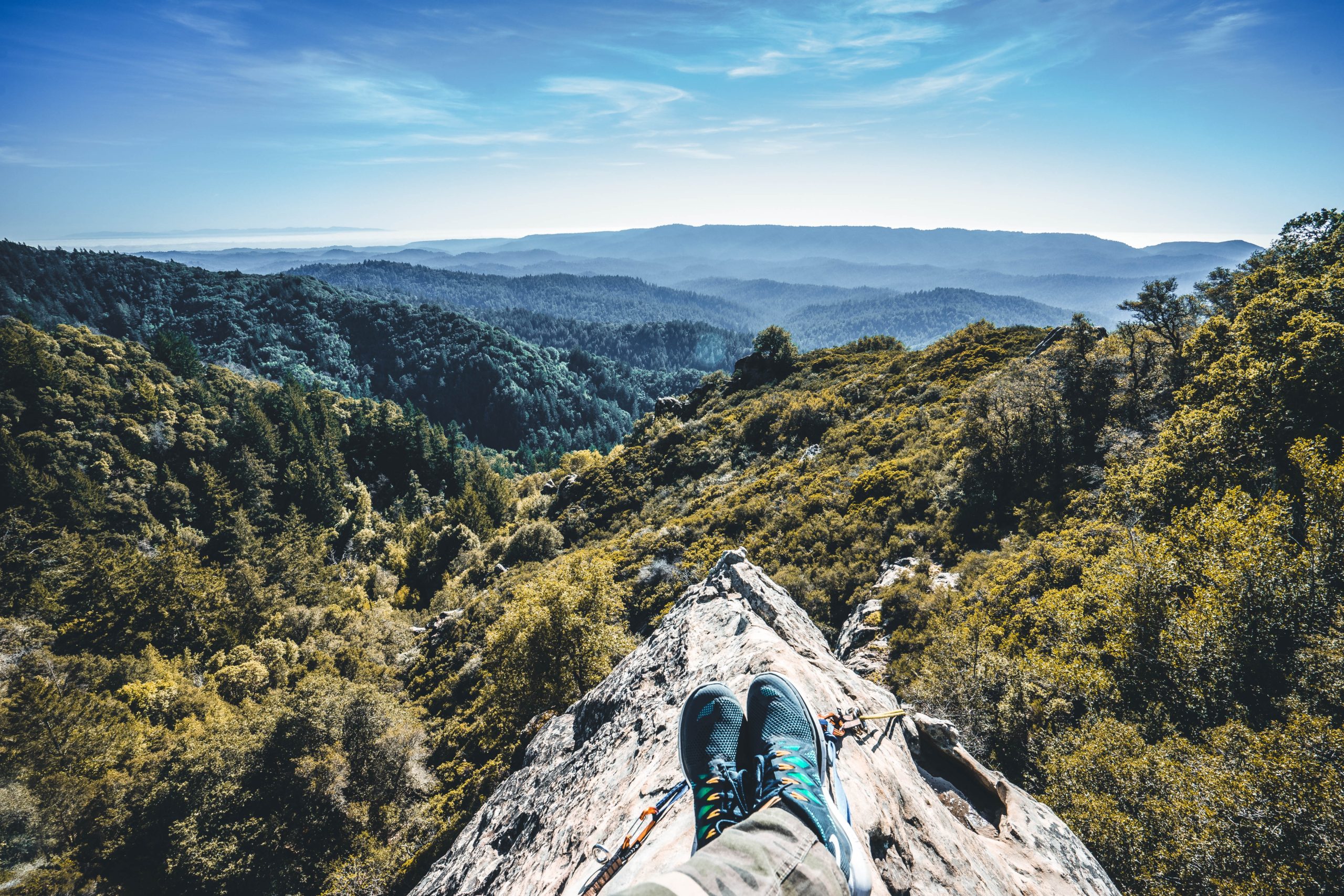 Too-small shoes can also lead to tingly toes. Photo via.

However, while my numbness lasted much longer than it did for most of the study participants, I’ve heard of many thru-hikers through the grapevine who took also took months to heal—hence the “Christmas toes” moniker.

Tucci, a 2021 AT thru-hiker who summited Katahdin in mid-August, said his toes started feeling numb and unusually sensitive in June, roughly halfway through his hike.”I knew the feeling wasn’t right in my toes, but when I got home I started getting pins and needles. It sort of feels like you’re wearing shoes too small.”

He is only now starting to see signs of recovery. “It’s not better yet, but it’s getting better. for the first three weeks (after the hike)… there was no improvement at all.”

Lotus, an AT thru-hiker who finished hiking in early September 2018, said it was late December or January before his toes came back. “I was concerned,” he said, “but I’m relieved to hear that it’s a common phenomenon.”

In fact, a three-to-six-month recovery period may not be so bad in the scheme of things. Some Christmas toe sufferers report needing a year or longer to fully regain sensation. “Even now, nearly a year after I finished I am only just getting back to normal, and not quite there yet,” commented one PCT thru-hiker on a Reddit thread about toe numbness.

Other Causes of Numbness

Digitalgia paresthetica isn’t the only cause of toe numbness among thru-hikers. Wearing shoes that are too small or too tightly laced can cut off circulation to the extremities, resulting in numbness. Bunions, neuromas, and underlying nervous system issues also sometimes produce tingling sensations.

Some hikers report switching shoes, investing in cushioning shoe inserts, and regularly wiggling and massaging their toes to alleviate numbness and tingling sensations. Tucci, the 2021 AT hiker, said he has tried massaging his feet with lotion occasionally and has also tried going barefoot as much as possible. “I was trying to walk barefoot as much as possible to get the toes activated, thinking maybe (the numbness) would go away. Maybe it helped, maybe it didn’t.”

However, in most cases, the only thing you need to do is give your body time to heal.

Did you experience Christmas toes after your thru-hike? How long did it take you to heal?