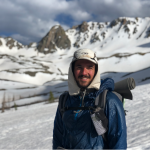 Weighing in at around one pound per pair, the Altra Superior 4 is a lean, mean trail running shoe. But how does it perform for lightweight backpacking? This is what I set out to find during the last 700 miles of my Continental Divide Trail thru-hike. I tested two pairs of the Superior 4.0 on a wide variety of terrain ranging from steep, grassy ridges in Idaho to wet, overgrown trails in Montana as well as sections of loose rock and dirt. I also had the opportunity to test them for an additional 30 miles in the Adirondacks of Upstate New York on steep, slick rocks and roots, and ankle deep mud. My pack weight typically ranged from 12-20 pounds. 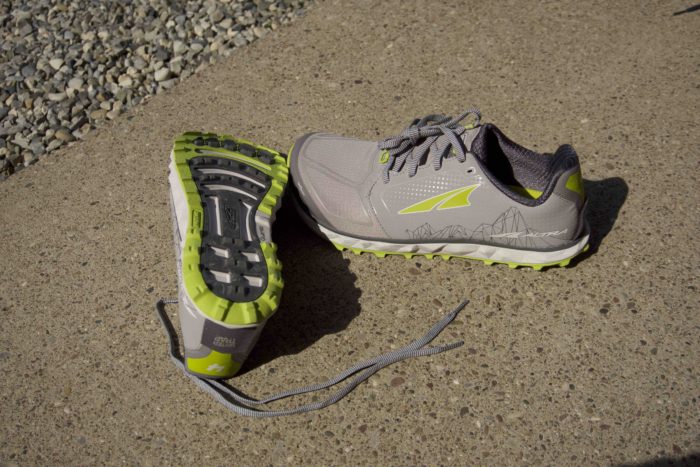 Previously on the CDT I had used the Timp 1.5, the Lone Peak 4.0, and the Superior 3.0 (my old go-to). While I enjoyed using those shoes, I had been curious about the Superior 4.0 ever since I first tried them on in REI. They looked and felt incredibly nimble and were more comfortable than any other trail runner I’d tried thanks to a stretchy knit upper and burrito style tongue.

However, I had my doubts as to how they’d hold up when used for backpacking. It was the knit upper that gave me the most reservation. Surely this upper that looked like it belonged on a road shoe would not stand up to abrasion, pokey sticks, and brush.

I am very pleased to say that my initial impression was dead wrong. After using my first pair in Idaho and Montana on the CDT for about 500 miles, the upper showed little to no signs of wear. With that out of the way, let’s dive into some more details.

*I would assume my size 11s are a couple of ounces heavier than this, and that the listed weight does not include the removable rock plates. 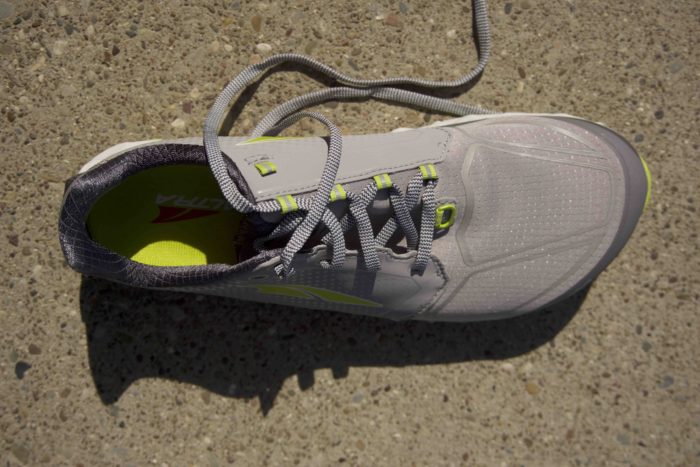 Classic Altra fit: normal in the heel and midfoot, wide in the toe box.

The Superior 4 features a more secure fit than the Timp 1.5 or Superior 3, and is about on par with the Lone Peak 4. The heel and midfoot feel nicely locked in while maintaining the roomy toe box that Altra is known for. This translates to better agility and confidence on uneven terrain as I found my foot sliding less than I did in other models. The secure fit is likely due to the burrito-style tongue that wraps snugly around the midfoot. Also contributing to the excellent fit and comfort of this shoe is the stretchy knit upper, which feels great against the skin, doesn’t rub, and accommodates a greater range of foot widths. All that said, I have a very wide foot. I can imagine those with narrow feet might find the fit to be somewhat sloppy.

The Superior 4 is very similar in fit to the Superior 3 and also quite consistent with the Lone Peak 4 and the Timp 1.5. I use a size 11 in all of these models.

Comparisons to Other Altra Models

I am combining these comparisons into one because the Lone Peak and Timp have much more in common with each other than either shoe does with the Superior 4.0. The Superior is substantially lighter, more nimble, and less protective than both models. While the Lone Peak and Timp can be used with slightly heavier loads, the Superior is best used with ultralight loads of less than 20 pounds and by those who prefer ground feel and light weight over protection.

It may seem odd that I’m skipping the Superior 3.5 in my comparisons, but that’s just because I haven’t used it. I liked the Superior 3.0 so much that I had no interest in trying the 3.5. But since it is no longer available, I felt compelled to try the 4.0. While both shoes were meant for trail runners who prefer a light and nimble feel, there are some key differences between the old and new Superior.

The 4.0 features a soft knit upper on the top and a firmer and more secure material on the sides where the 3.0 used a single fabric with no stretch for the whole upper. On the 4.0 you’ll find a comfortable burrito-style tongue where the 3.0 had a traditional tongue. Gone on the 4.0 is the “trail rudder” feature found on the back of the outsole of most Altra shoes, which I find to be a welcome change. The 4.0 is ~1.3 ounces lighter per shoe depending on the size. Most of the differences between these models I find to be in favor of the 4.0, with the exception of the midsole, which I will expand on below. 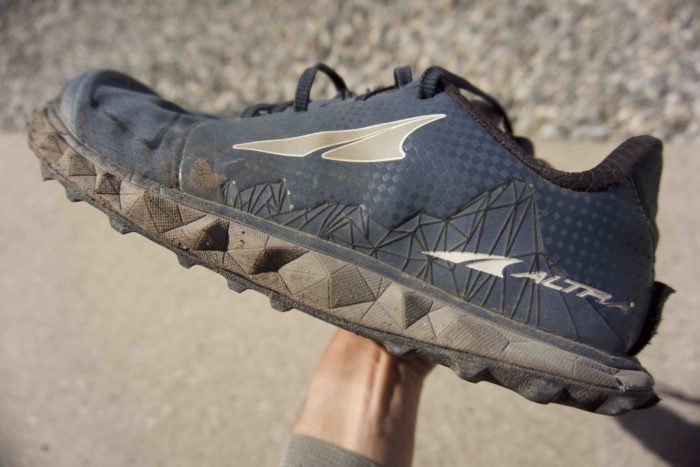 The midsole foam felt great out of the box but compressed too quickly.

If there is one criticism I have of the Superior 4 it is of its new Quantic midsole material. While it is soft, springy, and responsive out of the box, it loses its oomph disappointingly quickly. After about 350 miles, I found the midsole to be compressed significantly, offering very little cushion or protection. Thankfully, Altra includes removable rock plates with the Superior 4.0 or this would have been a more severe problem. 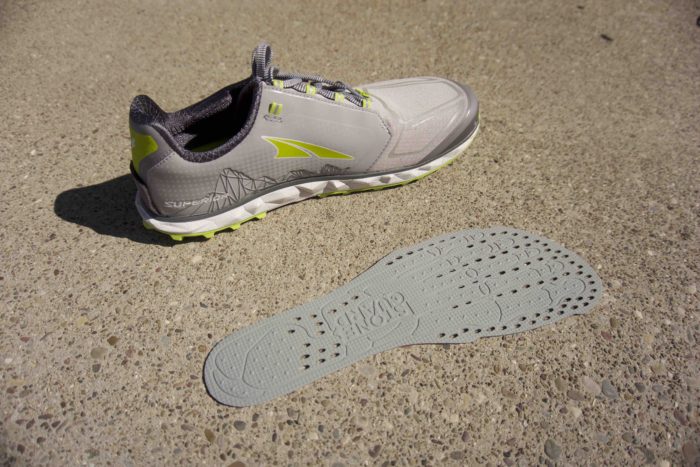 The removable rock plates weigh about an ounce each.

I was still able to use the shoe for another 150 miles, but I was beginning to feel every rock and my feet were noticeably sorer than with the other models I had used on the CDT. While the new midsole felt great out of the box and probably contributed to the overall lower weight of the shoe, it was not without a considerable compromise in durability. For this reason, I would not again choose the Superior 4 for trails with a lot of rocks. To put it in context, they’d generally be a much better fit for the PCT than the AT.

Outsole Is Secure, But Less Aggressive than Other Models 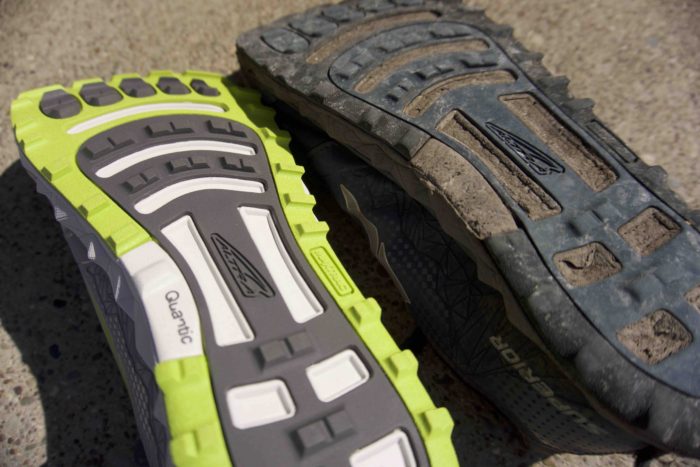 The outsole lug pattern is similar to that on the 3.0 as well as the Timp 1.5. I found the tread to be reasonably secure on most terrain although it is a bit less aggressive than that on the Lone Peak 4. The rubber grips well on dry rock and the lugs are just deep enough to give decent purchase on loose dirt or scree. Grip was less secure than I would have liked on wet rocks or roots. The outsole performed OK in the mud but I would choose a shoe with deeper, more aggressive lugs if I was planning to spend a lot of time in muddy conditions. 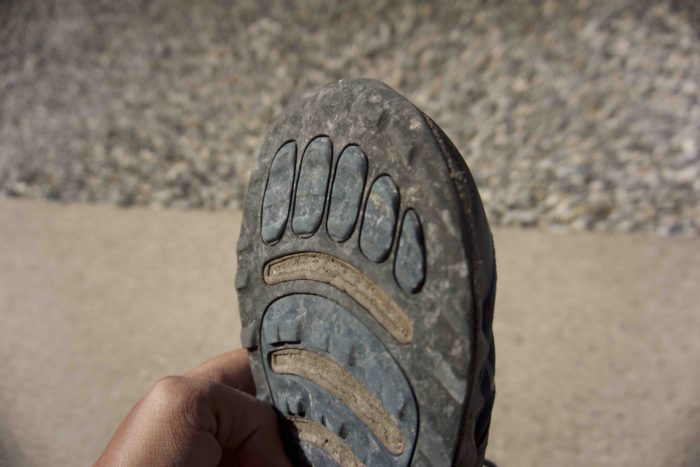 No more wear on the outsole than expected after 500 miles.

Outsole durability seems solid, with no more wear than anticipated after 500 miles of use. One issue I have with the outsole is the midsole foam being exposed in several places. Rocks are felt more in these spots and durability is compromised. I would prefer a full rubber outsole at a slight weight penalty. 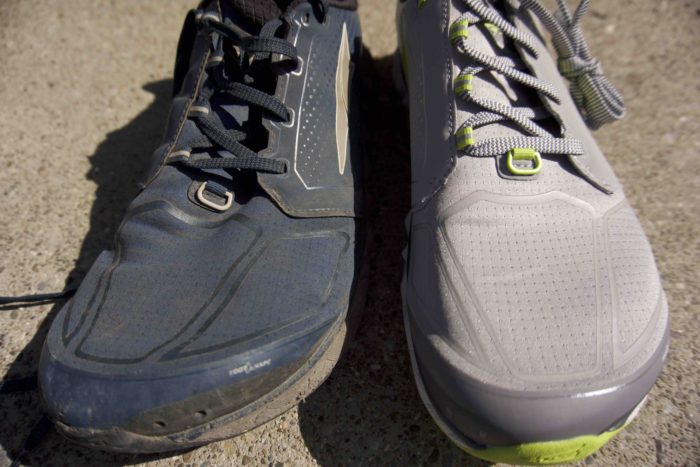 The upper is my favorite aspect of this shoe and as far as I’m concerned it is just about perfect. The upper around the toe box is soft and stretchy and feels great against the feet with no rubbing at all. The sides are made up of a more rigid but still comfortable material, which results in a secure wrap-around fit. All this with no compromise at all in durability. In fact, this upper surprisingly seemed to be the most durable out of the four models of Altra I used this year.

Oh, one gripe—the laces are absurdly long. Like, several inches too long. I needed to double-knot at all times just to avoid tripping on the laces. 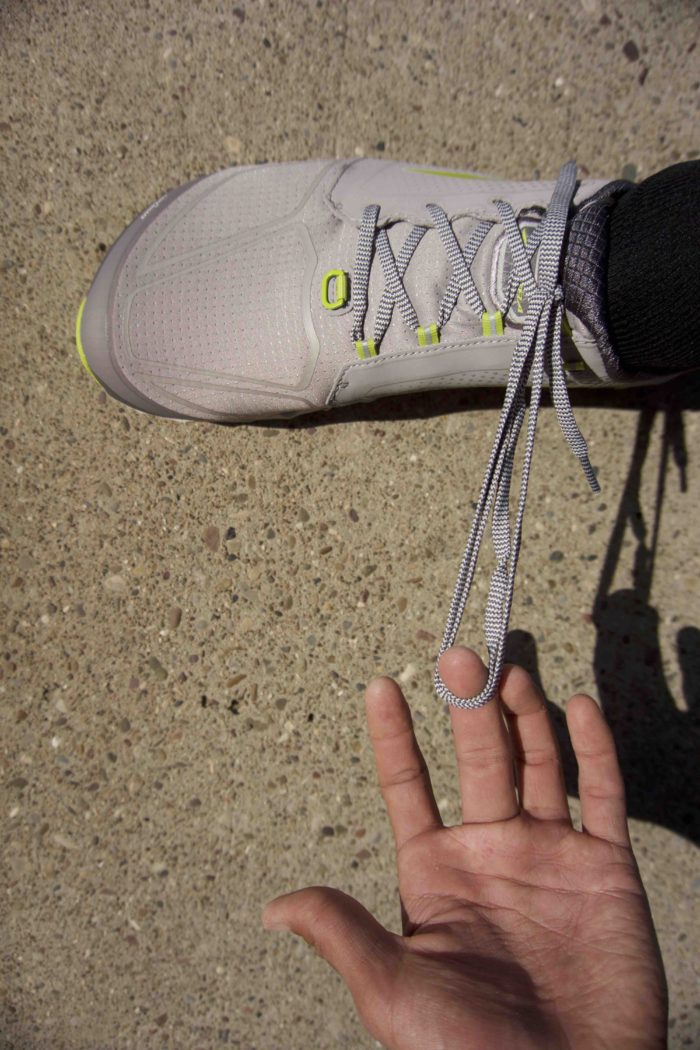 Why are the laces so long?

I would rate the overall durability good, but not great. For reference, I was able to regularly push the Superior 3 past 700 miles but felt the need to replace the 4 after 500 due to the midsole. I understand that this shoe was not designed with the thru-hiker in mind, and 500 miles is respectable for an 8-ounce shoe, but it would be awesome if Altra could improve the lifespan of the Quantic foam.

Excellent. I never noticed excessive sweating and on a warm, dry day the shoes would dry quickly after crossing streams.

The Superior 4 will appeal mostly to the ultralight crowd. If your total pack weight is usually under 20 pounds and you want a light and nimble shoe, you’ll probably enjoy this version of the Superior. Remember, weight carried on the feet expends a lot more energy than weight carried in your pack. I also think that the shoe is best suited to smooth and relatively dry trails.

Who Should Look Elsewhere?

If you’ll be regularly carrying heavier loads or want substantial underfoot protection, you probably won’t enjoy the Superior 4.0. If this sounds like you, check out the Lone Peak or Timp. As previously stated, those with narrow feet may not find the fit to be as secure as I did. Also, if you spend a lot of time in sloppy, wet conditions, the Superior 4 might leave you wishing for a higher performing outsole.

I believe the Altra Superior 4 is a solid shoe and a step in the right direction for the Superior line, but it is not without flaws. I loved the light weight and comfortable upper but I was disappointed in the durability of the midsole and annoyed by the long laces. I also found the outsole performance to be merely adequate and would like to see improvements in this area as well on the next model. Still, I enjoyed using the 4s and will continue to use them for ultralight backpacking on smooth trails. 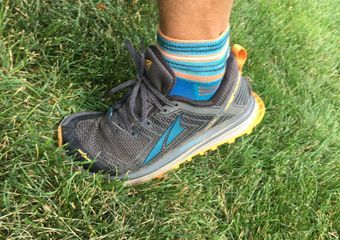 Gear Review: Altra Timp 1.5In just a few short years, Logan, Utah-based Altra Running shoes has taken the American long-distance hiking world by storm. I had never heard of the company until my first long hike (Colorado Trail, 2015), but in 2018, for the…Read More 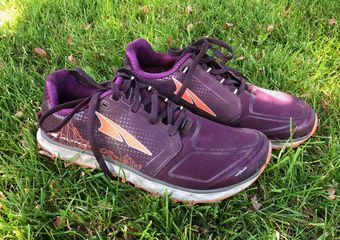 Gear Review: Women's Altra Superior 4.0The most important piece of gear for long-distance hikers is also one of the most personal - our shoes. One of the preferred brands of the thru-hiker community is Altra, which offers four different styles in their trail category including…Read More High Drop or Zero Drop? How to Choose Shoes that Work for YouAt a time when trail runners have supplanted stiff hiking boots, when zero-drop shoes have become the go-to footwear of long-distance hikers, how do you decide what's best for your feet on your daily trail runs to a trek of…Read More

These shoes were donated for purpose of review.

Dan Stenziano likes to hike. He thru-hiked the CDT in 2019 and has also completed the PCT, the 46 Adirondack High Peaks, and sections of the AT, AZT, and SHR.