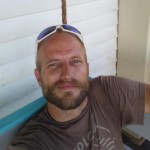 Squishy, Soggy, Mossy-Green Goodness: A Hike Through the Cranberry Wilderness

West Virginia—Wild, wonderful.  That’s their slogan.  Now, I lived in West Virginia for a short time waaay back when I was 21. In 2000, and to be perfectly honest I saw a lot of what some of us think of when we think about West Virginia.  I saw old, rundown mining towns where the whole town itself resembled a dilapidated house: crooked and seeming ready to crumble if just one more nail was removed.  One time I saw a family having a cookout with a grill set up in the middle of the skeletal, charred carcass of what was once a mobile home on some old mountain road.  I saw racism in these mountains… everywhere, and deeply rooted.  Some of the people I encountered were not unlike what I’ve seen in the movie Deliverance, and there were many times that a feeling would come over me that made me think I might have taken a wrong turn.  Now, I’m not speaking for everyone, but these are the very things we grew up thinking about in relation to West Virginia… even all the way over in Washington state. 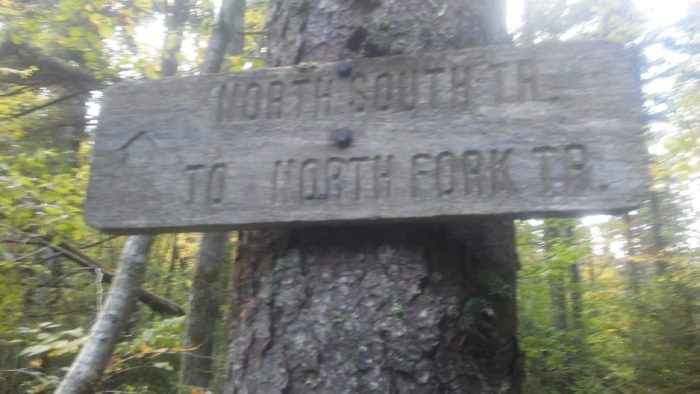 All that being said, there’s a lot more than meets the eye.  If you adjust your stance a little… tilt your head ever-so-slightly… refocus your eyes… you can see something that is, in fact, wild and wonderful.  You might see, for instance, a people who live their lives with resilience; none too slowed by the challenges that come with the changing of tides.  You might see towns rich in history and tradition, each dilapidated old factory or closed off mine being nothing less than a slipped disc in the very backbone of what helped carry this country through the industrial era.  And if you can’t see the natural beauty in these lands, well then, you might wanna get your eyes checked.  It’s as if God had just enough moonshine to wake his primal instincts before he picked up the paint brush and created West Virginia; each jagged cliff, each roaring river cutting a line through an endless sea of green canopy being a stroke of his paintbrush guided by the hand of Mother Nature herself. 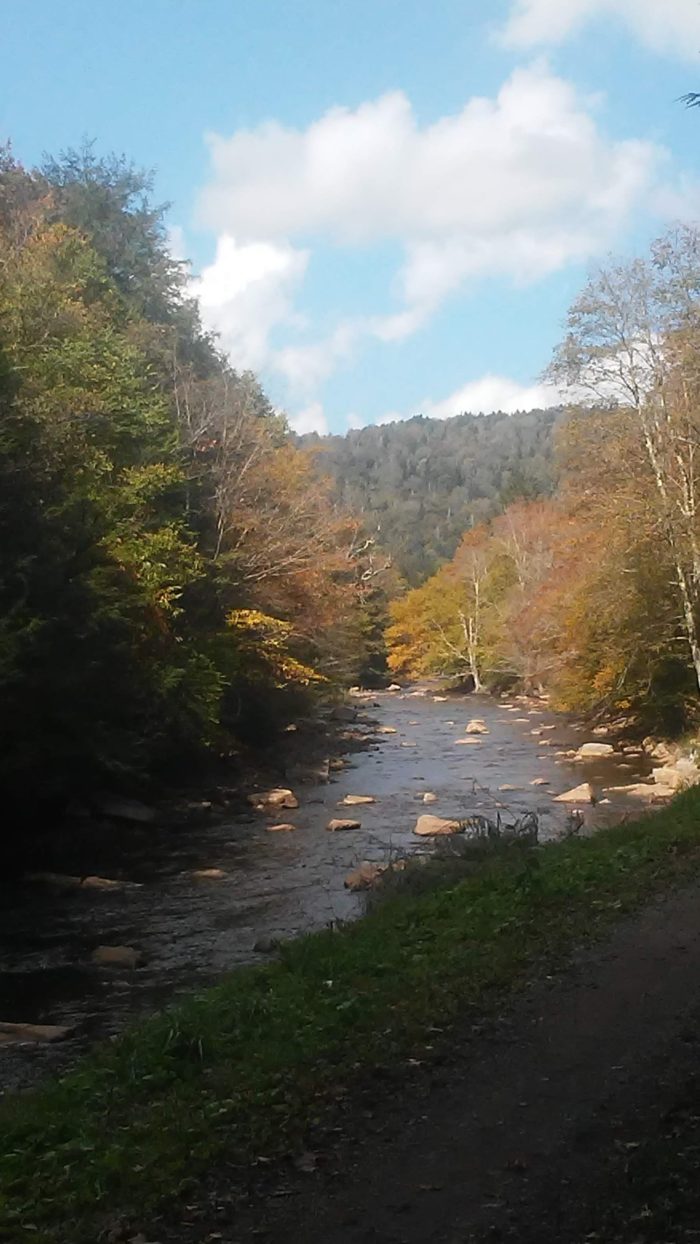 Who, What, When, Where, and Why

The Cranberry Wilderness is a part of the Monongahela National Forest in West Virginia.  A 47,815-acre part, that is.  I didn’t know this when I decided to leave work and go backpacking for the weekend one Friday afternoon. First of all, I thought I was looking at an hour and a half drive.  I had driven by this place for work a few times, and my boss said, “That’s the Cranberry Wilderness over there. Never heard of it? You like backpacking, then you should check it out.” “Over there” made me believe it was like some little state park, literally right over there down that dirt road a little.  Luckily, I decided to use the trusty ol’ entry-web to do some research before I actually left.  I found out that:

A. “Over there…” was actually just the edge of the Monongahela… not even really the Cranberry Wilderness

B. There was only one place where I could get a map, and they said you really needed one and that…

C. That place was actually three and a half hours away at the ranger station which closed in four hours. I had to go!

“Whatever can go wrong, will go wrong.” I’m reminded of a song by Alanis Morissette while trying to make it to the ranger station before it closes.  After about 45 minutes of driving, I hit some road construction.  The two-lane road was turned into a one-man road and I had to wait 15 minutes before it was our turn to go.  Ugh! OK, I can make this time up by speeding a little, and I still have about a 15-minute cushion.  Go!  I make good time for a short while, driving fast and steady down a pretty, country road… until I come up behind a school bus.😕  Being a school bus full of kids, I was not going to pass it on this country road even when there were times I could have; I was stuck behind this bus that stopped every five minutes, for about a half hour before it finally turned down some other road.  Now I’m getting a little worried; a little behind schedule.  It’s not a huge deal, but I’ve never been where I’m going and everything I’ve read says that one will be kinda lost without a map.  That, and it’s fall, so it’s gonna be getting dark soon. Go!

So I move along quite nicely for a while, until again, I hit road construction. WTF!  God is laughing at me.  He hates me and wants me to get eaten by wolves.  Whatever.  I eat wolves.  For real, I do.  Go, go, go!

Finally, I get to the ranger station.  I get there five minutes late.  There are still a couple of cars in the parking lot.  Maybe someone is still there to sell me a map.  After knocking on the door (even though all the lights are off inside) and peeking in all the windows to see if anyone is around, I realize I’m just too late.  And it’s getting slightly darker.  So now I’m weighing my options:  the big giant map on the board outside shows some trailheads close by that I could hike in a little way and camp for the night, or I could just sleep in my car in the parking lot. But even though it’ll be dark soon, it’s still fairly early and I’m not tired.  I don’t know, maaan.  I decide to go #1 behind the building and when I do, I notice a lady in the back offices still working. Sweet!  So, I get her attention and explain to her my troubles through a cracked window where I’m sure she feels some relative safety from a stranger peeing in the woods.  She says she can’t sell me the map at this time, but she can give me a brochure with a small map on it, and I say, great!

I’m finally on my way; another 30 minutes of driving and I find myself at the north/south trailhead. 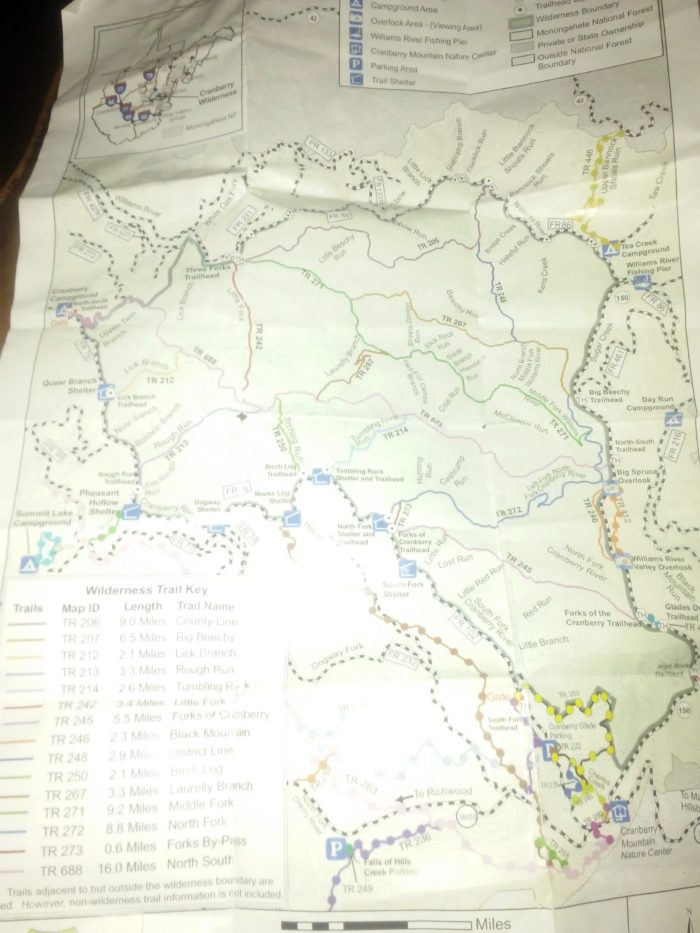 I hike about an hour before I can’t really see anymore, and decide to  camp a little way off the trail 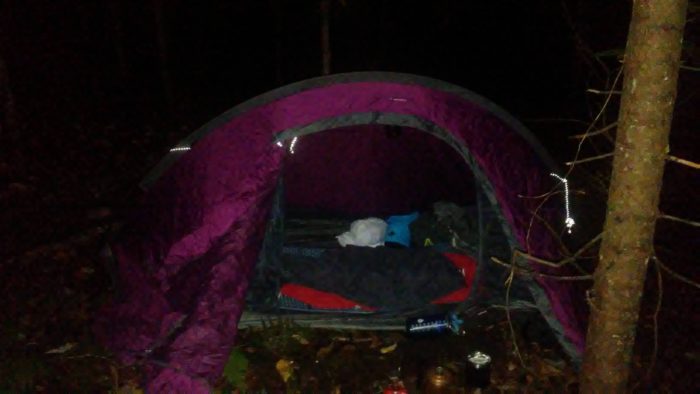 Let There be Light

So, finally, I’m awake and it’s light and I head out for my weekend hike.

This is a great 20-mile I hike.  In that 20 miles I saw everything from marshy, mossy, overgrown forests, to beautiful, open valleys with big, wide rivers cutting through, to dry, barren, pine-riddled peaks with miles of rolling hills as my view in all directions.  And I only saw a handful of people in the two days I was out on the trail.  It’s a nature lovers’ buffet, and an introverts’ wild fantasy.😘💚🍆⚡ 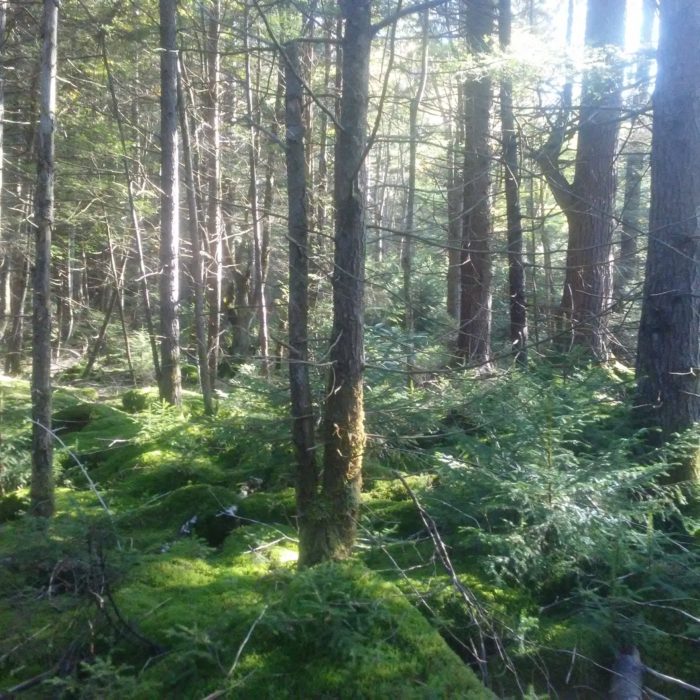 Hey-hey, how ya doin? So my name is Michael, I'm 39 years old, and I'll be thru-hiking the AT, SOBO, in 2019...shortly after I turn 40 in May!!! I have been calling Roanoke, VA home for the past decade or so, but I was born and raised in Washington state with a chainsaw in one hand and a NES controller in another hand, and then in my other hand there was a book, and in the other one there was a chef knife, and in the last hand there was a comic book...all that stuff. Yes that's five hands. Lets move on, shall we.