Croatian filmmaker and thru-hiker Nikola “Tesla” Horvat has released a stunning new documentary from the Colorado Trail entitled “Why (Do I Hike).” The award-winning 23-minute film pairs magnificent footage of the Colorado Rockies with thoughtful narration to capture the thru-hiking zeitgeist. Why (Do I Hike) has already won the grand prize or been named a finalist in numerous film festivals.

Horvat filmed the documentary during his 2019 Colorado Trail thru-hike. It features interviews with fellow hikers and trail angels he met along the way. Through their comments and narrator Richard Riley, the film muses on the qualities of the trail that draw hikers, seemingly inexorably, to traverse the mountains each hiking season. As the film puts it, “every time I venture into the wilderness, I feel as if I am returning to the place I belong.”

Why (Do I Hike) is divided into five segments. The first four deal with the key factors that motivate long-distance backpackers (Nature, Time, Community, and Mental Health, respectively), while the Final Chapter synthesizes Horvat’s conclusions. 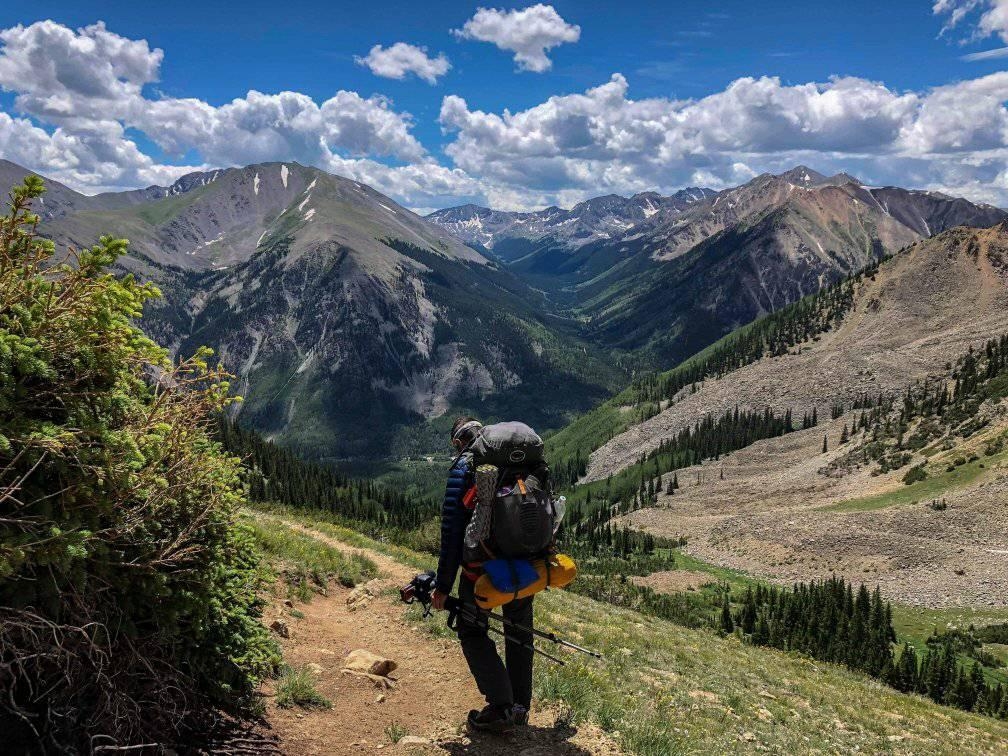 Although some of these insights may feel too cosmically weighty to resonate with some hikers (“I am the universe in that atom of humanity, an assemblage of molecules that unite the chaos of the Big Bang and the order of life,”) most of them will almost certainly hit home.

For instance, of mental health, Horvat (through narrator Riley) says, “the wilderness gave me satisfaction over a sip of water, the smell and taste of food, the joy of a warm shower, o a place to rest my weary legs. I could even rejoice at a can of sugared water.” (Cue footage of Horvat in sheer ecstasy after discovering a cooler of cold soda alongside the trail). One of the film’s interview subjects, Kyle “Rock Mule” Burnett, puts it best. “Even a bad day hiking is probably one of the best days of your life.”

On the subject of community, the film observes, “in the wild, people respect each other more. They listen more. They love each other… With people like that, I feel purpose and kinship again. I belong to a community and finally don’t feel the need to escape it.” 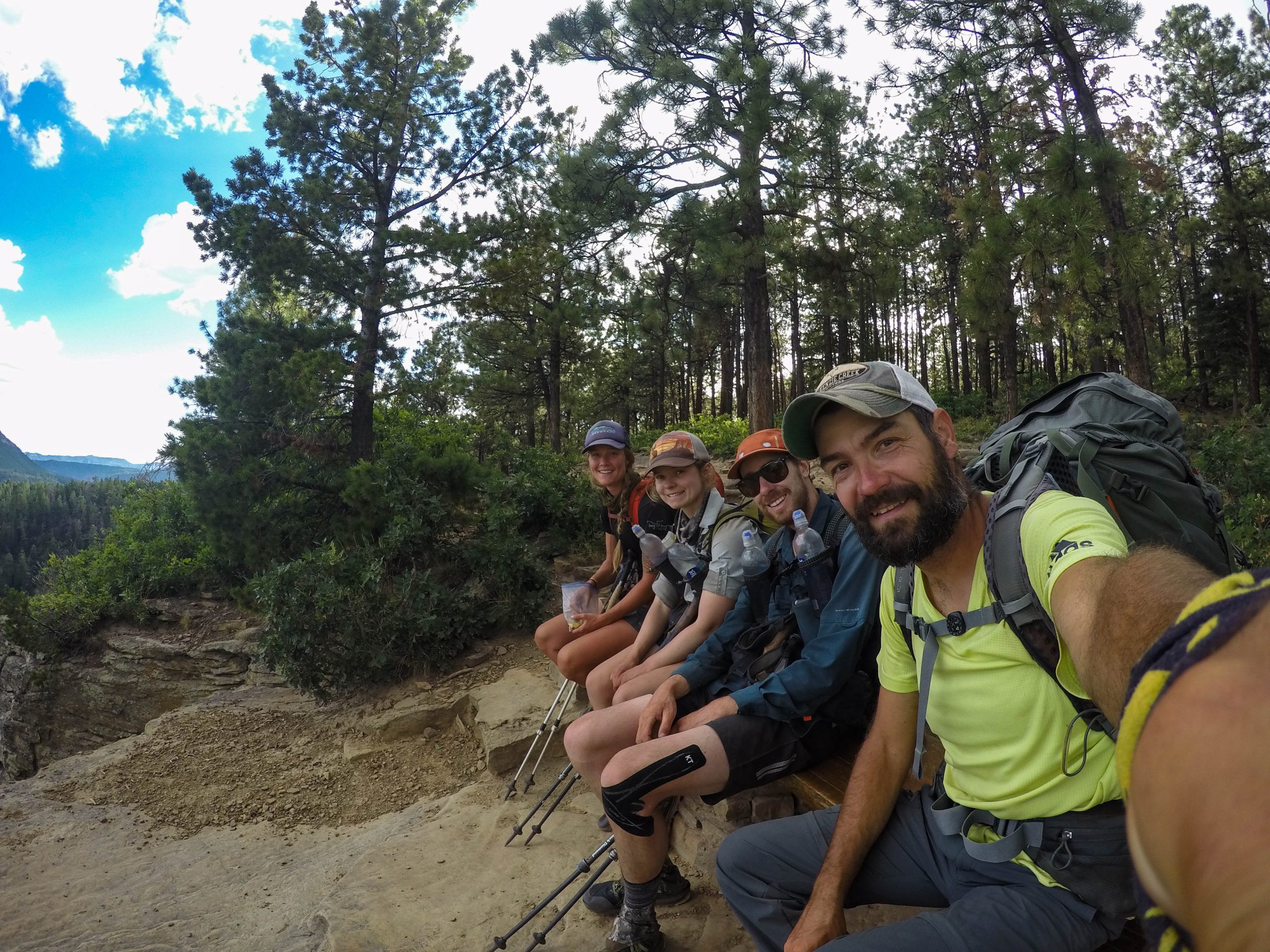 tldr: If you like thru-hiking and want to feel warm and fuzzy about the trail, you should probably watch this documentary. Come for the awe-inspiring footage of the Colorado Trail. Stay for the on-point observations about what makes the thru-hiking community tick. 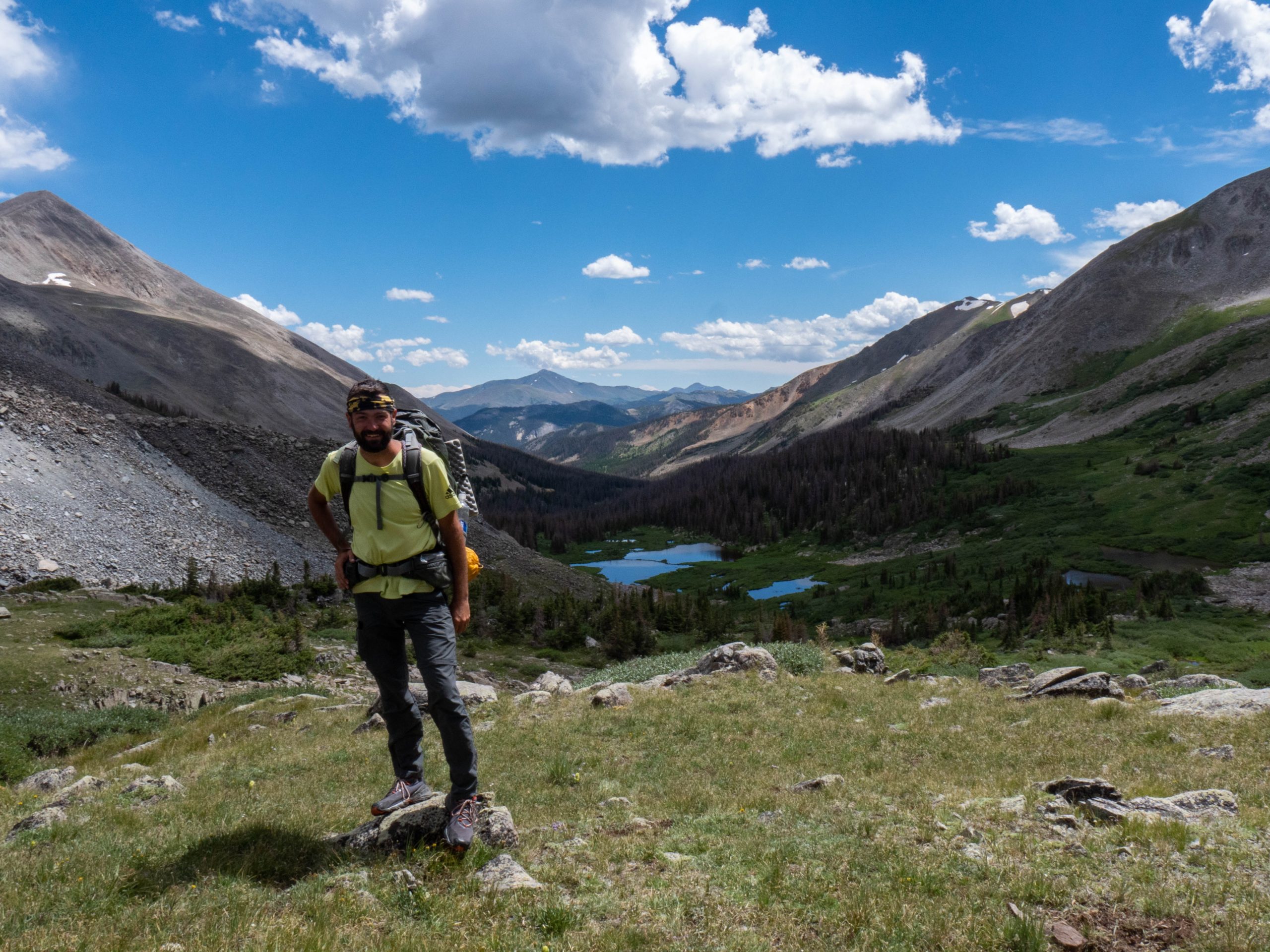 Nikola Horvat is a successful PCT and Colorado Trail thru-hiker, author, filmmaker, and founder of the Croatian Long Distance Trail. He pioneered the CLDT upon returning to Croatia from the PCT in 2016. He mapped the route himself, authored a guidebook, and founded the Croatian Long Distance Trail Association, of which he is the president. Two others have thru-hiked the CLDT after him—no foreigners yet, though Second Chance Hiker is on-trail at the moment. 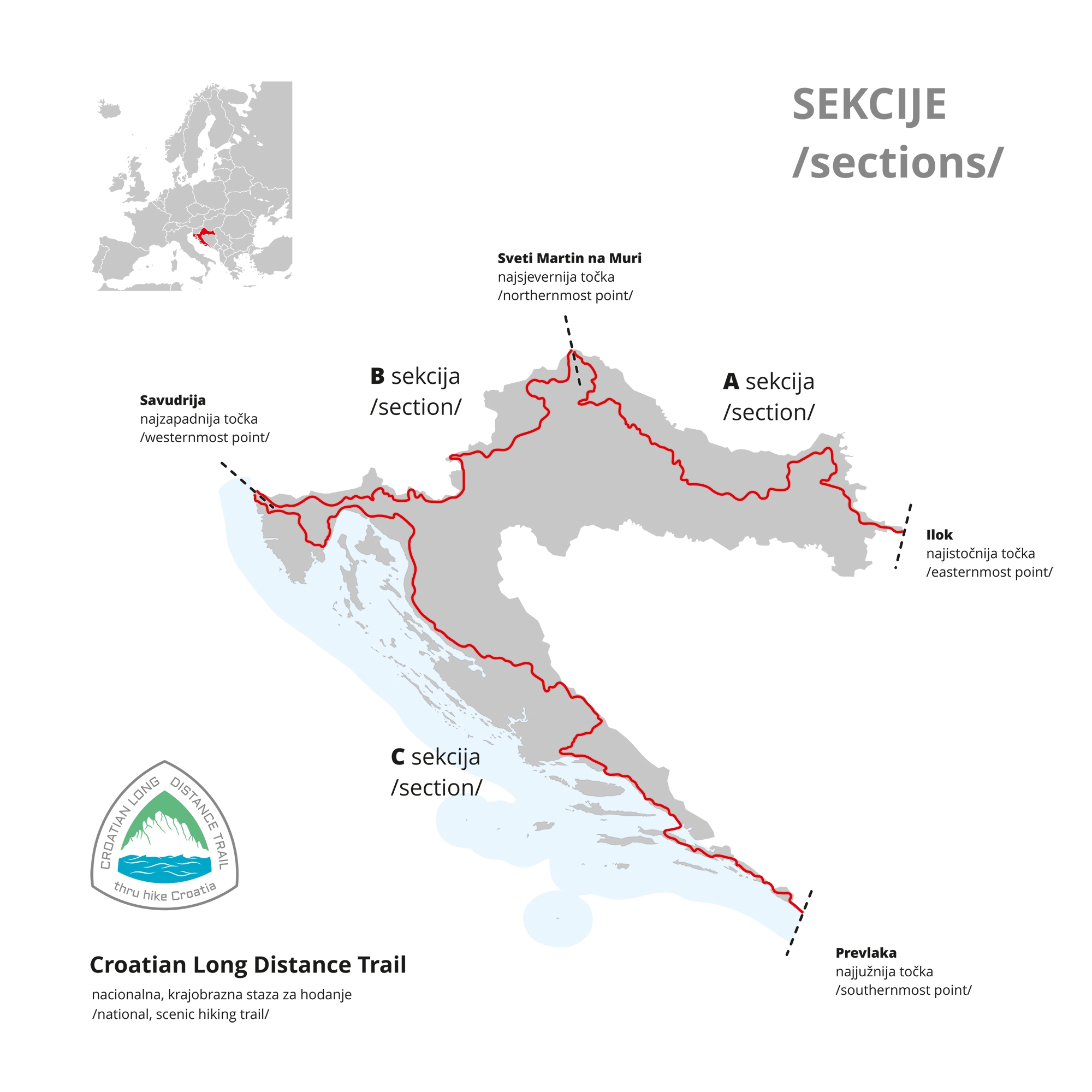 Horvat says the documentary was a one-man show. He wrote, filmed, and edited everything himself and shot the footage while thru-hiking the Colorado Trail in 2019. He carried 11 pounds of camera equipment along with his backpacking gear. This included a camera, tripod, two lenses, a drone, a GoPro, and various charging units and batteries.

Instead of trekking poles, he carried his camera and tripod in his hands most of the time. He wanted the film to stand out from the multitudes of thru-hiking vlogs that abound on YouTube. “I wanted this movie to look like a million-dollar budget film with at least 15 people involved. The truth is my budget… was $0.”

Filming was challenging on many levels. Horvat had to spend extra time in town to charge his equipment. To capture footage on rainy days, he had to stow most of his equipment and rely on the GoPro exclusively. Filming could sometimes have an isolating effect. “I don’t know about others, but I don’t like watching other hikers pass me.”

Still, Horvat says the project was worth the effort. “Filming always attracts attention, so you get to meet more people. And the best thing about filming while thru-hiking is when you get home… I turn on my computer, and amazing footage just takes me back to the trail. Emotions hit me hard, and in the end, I have the best possible memories.” 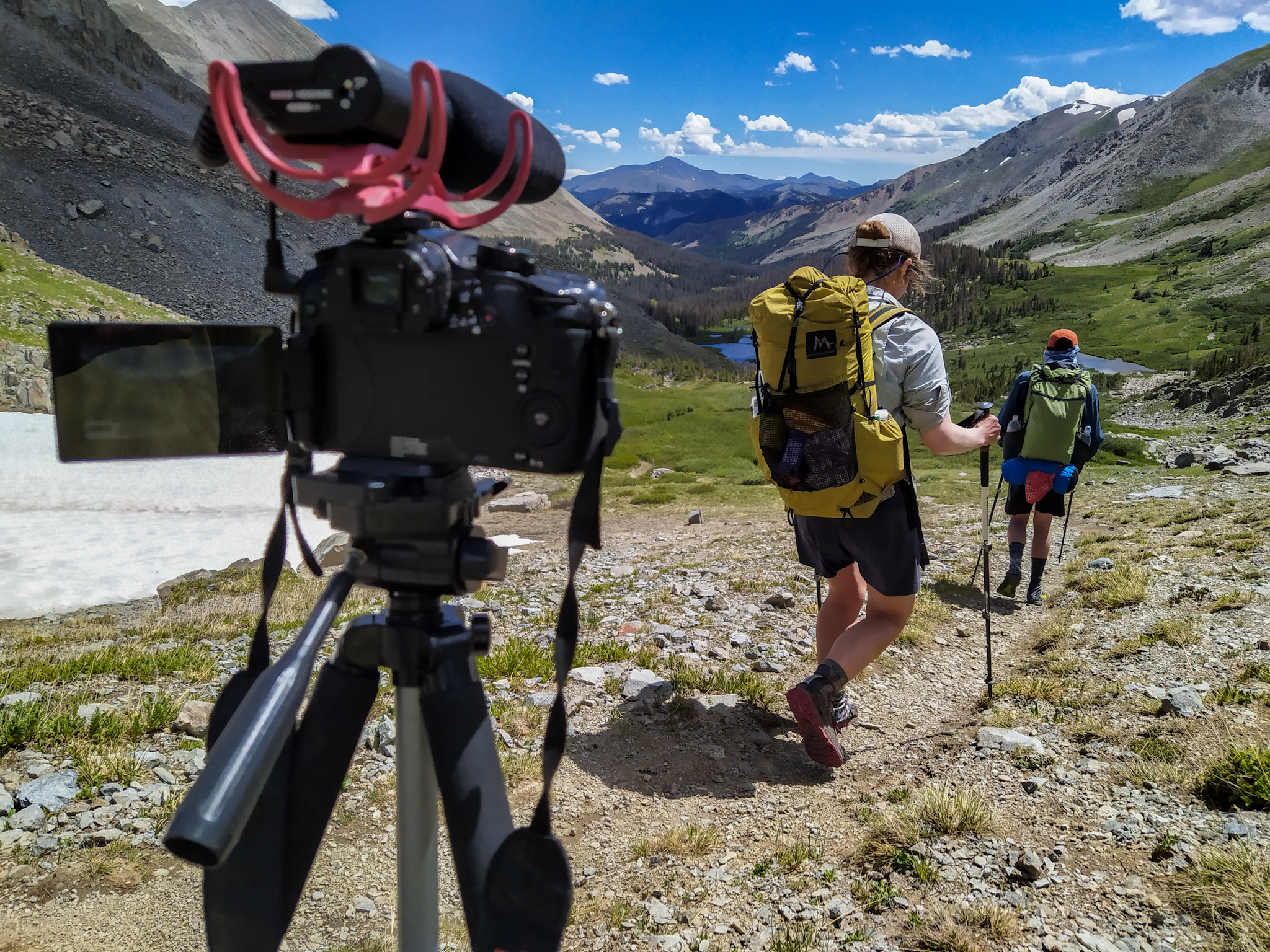 How Do I Hike

Horvat says that he is planning a sequel on the Arizona Trail. In contrast to this film, it will focus more on the “how” than the “why.” Help from fans will be crucial as he begins preparations for this next installment. “I want to lift this film on another level.”

All images, including featured image, courtesy of Nikola Horvat.