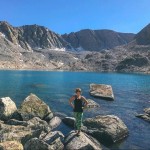 Two people who died in a fall from Taft Point in Yosemite National Park were travel bloggers apparently taking a selfie before their fall.

Vishnu Viswanath, 29, and Meenakshi Moorthy, 30, apparently were taking a selfie when they fell from Taft Point on Oct. 24, Viswanath’s brother, Jishnu Viswanath, told The Associated Press. They set up their tripod near a ledge on the point, and visitors who saw the camera the next morning alerted park rangers, who “used high-powered binoculars to find them,” he told the AP.

The bodies were recovered by park rangers on Oct. 25.

Park rangers used technical climbing and rappelling techniques, in addition to helicopter support from the California Highway Patrol, to recover the bodies,  Yosemite National Park said in a statement.

The couple had recently moved from New York to San Jose, CA, after Viswanath took a job as a systems engineer at Cisco.

According to the Santa Rosa Press Democrat, park spokesman Scott Gediman confirmed that the bodies were originally spotted by a tourist on Oct. 24. The tourist reported this to rangers, who began attempts to recover the bodies that same day.

Taft Point is a popular destination in Yosemite National Park that can be reached via a 2.2 mile round-trip hike. The rocky outcropping offers expansive vistas from over 3,000 feet above the valley floor at an elevation of 7,503. Only a small section of Taft Point is protected by a railing.

Taft Point was also the site of acclaimed climber, highliner, and base jumper Dean Potter’s death, who passed away alongside his partner Graham Hunt in a wingsuit flying accident. 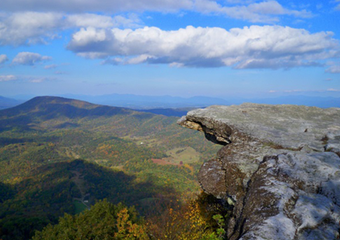 [Updated] Man Dies After 100-Foot Fall from McAfee Knob SummitGreg Marr Sr., 67, of Florida, died a week after falling 100 feet from McAfee Knob on the Appalachian Trail, the Roanoke Times reported on its website Thursday night. Marr, who died Wednesday, had been hospitalized with extensive injuries at…Read More