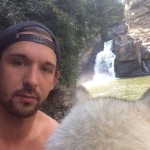 Week 1 : Too Much Pride Might Get You Killed Out Here. 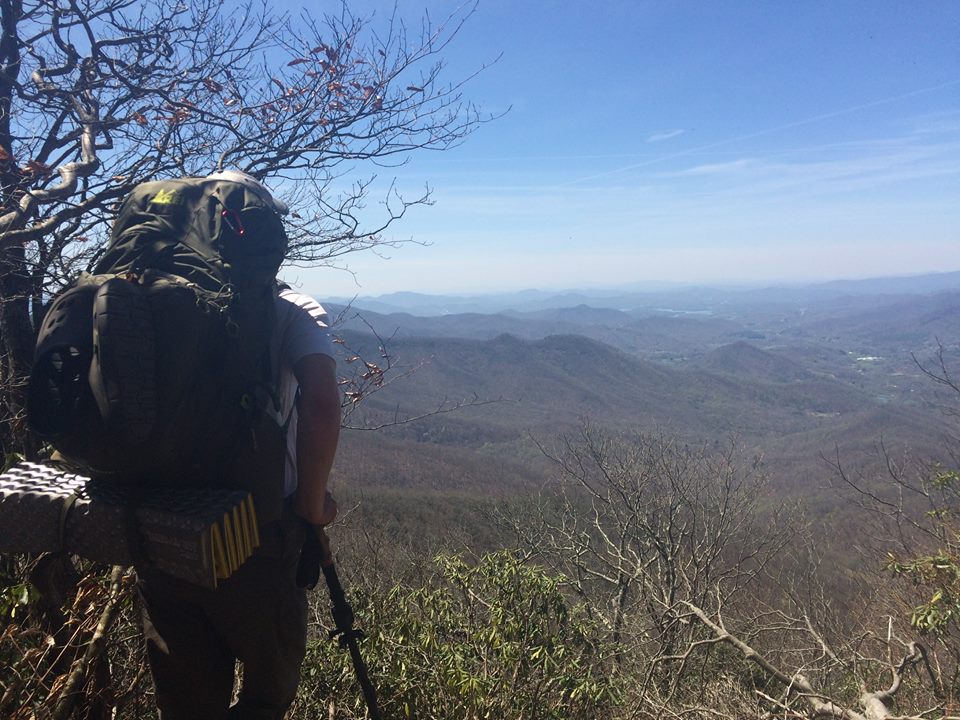 I have only been on the trail about​ 5 days and I can already see the effect Hollywood has had on the AT. I have seen an astonishing amount of people out here, many that clearly haven’t spent much time developing their outdoor skills, let alone Thru-hiking. With a halestorm on the way shelters are packed full. Hotels and hostels are booked as well. Lucky for me…. I’m held up at Misty Mountain inn with Monroe and Flower child.

We woke that morning on the summit of Springer MTN and pushed 5.2 Miles to the waterfall. The elder of my two hiking companions was having a rough time. ( And that’s what you get for bringing a 57 lb pack when you have back problems) Don’t yell at me y’all!  I tried to get him to listen me about dropping weight. Little did he know, mother nature has an uncanny ability to humble just about anybody.

Later that day, a hiker named DC came to have lunch with us and informed us about a, “hiker feed” at the cemetery flats… Which we ended up having breakfast at the next day.

We met up with DC that morning at the semetary flats and I just missed an amazing breakfast of ham and eggs! She also happened to have last year’s copy of the hiker yearbook! I was really excited to see my picture. All of a sudden I hear a female voice behind me introduce themselves as “wild child.” Could it be the same “wildchild” I camped next to (in wonderland) at TrailDays last year? It was! Old pals reunited! I gave the two of them a hug, and thanked them all for their hospitality, before taking off towards Cooper’s gap.

Upon reaching Cooper’s Gap I find my hiking companions… I was actually Impressed they managed to push an extra 1.5 Miles today. I figured I would be nice and hang with them for a few days before pushing ahead.

Also staying at Cooper that night was Monroe, and Mathew McCoughnahay. Monroe, being new to the trail, asked that we let her know before we leave the next day.

That morning we woke up to 40 mph winds and pooring rain. I was doing ok but my two companions were not. I told them to leave before me knowing that I would undoubtedly catch up.

Monroe came over and invited me to come have breakfast in her tent… After finding out she was slightly under prepared for the extreme weather, I decided to show my chivalrous side, and escort her to the Gooch shelter.

On the way there heavy rain and strong winds dominated the landscape. By the time we reached the shelter we were soaked to the bone. To our delight, we were greeted by about 21 hikers trying to escape the weather! It was at this point my two companions notified me they had called a shuttle and were dropping out.
Day4- The Dash to Neels Gap

The next morning I received a text saying one of my buddies was returning and was being dropped off a few miles up the trail. The bad news was, freezing rain and Sub zero temps, were the forecast for the next day. With all the nearby hotels and hostels filled up, most of us were forced to do an extremely strenuous 16 mile trek (over Blood Mountain) to Neels Gap.

Half way there I ran into Kate a girl I knew from the night before and Harminie. They both were having  a hard time​, the one girl from exhaustion, and kate due to a severe form of allergy’s. Harminie  decided to stay at Wood’s Hole shelter, so I gave her my bear spray, as she was choosing to stay in an area that requires bear canisters… Without a canister.

Kate asked if I would help guide her over Blood MTN in the dark, as she was having trouble seeing. I abliged, tickled by the many chivalrous deeds I was able to provide over the past few days. Little did I know, this one would not go as planned.

I wasn’t able to guide Kate the whole way. I hadn’t had time to build my trail legs and my stomach was still adjusting to the trail. I struggled to get any food into my stomach the past few days, so dehydration and lack of nutrients forced me to hit the shelter at the top of Blood MTN. I wanted to keep going but I became super dizzy and started dry heaving.

Kate decided to decend Blood MTN alone that night… Despite the advise given by myself and the other hikers at the Blood Mtn Shelter. Last I heard she was in the hospital with a serious eye infection. 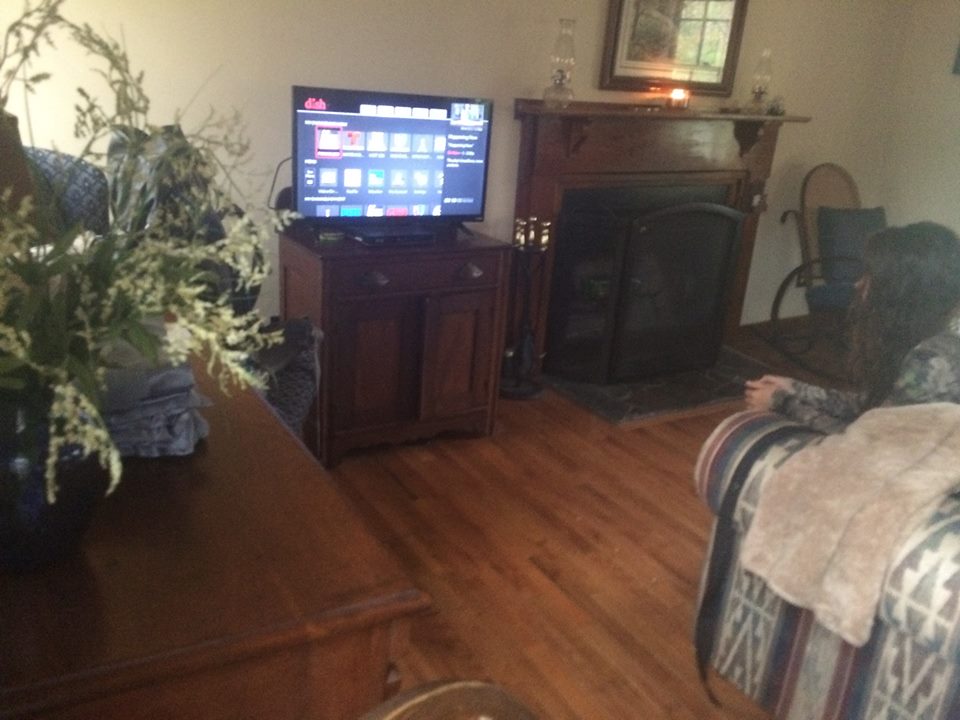 That day I woke @ 5am to beat the bad weather and hike the last two miles into Neels Gap. Once reunited with my trail family, we all talked and decided to split the cost on a couple of cabins at Misty Mountain Inn. We have been stuffing our faces with greasy foods and playing card games. Showers, Clean clothes, the works. If the weather doesn’t clear up we might stay one more night… In which case the owner Craig said he will help us “slack pack” so we get caught up with our crew. Craig the host is a really awesome guy and very helpful. The pricing is reasonable and free shuttles are included. 6 stars for Misty Mountain Inn!

Staying one more night since its snowing\sleeting. The cold front moves out tomorrow and so will the rest of us.

Finally ran into another Trek-ster today! Katie is hiding out with us in the hiker cabin at Misty Mountain!

So what’s really going on? 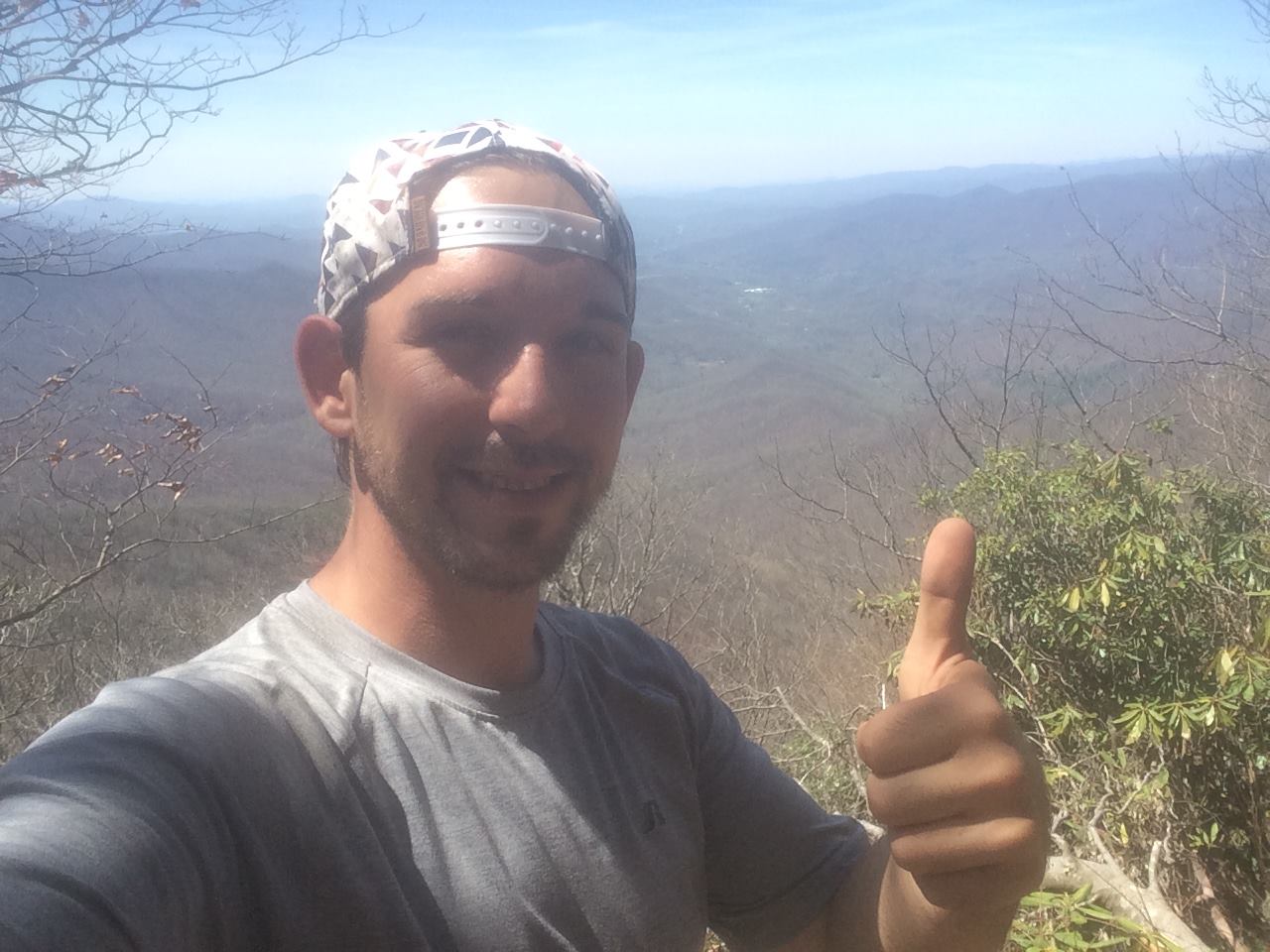 Well for starters… I didn’t eat crap the first week. Actually I have already lost 15 lbs! Feeling much better now though… The hikers hunger has finally arrived.

I have also been having lots of technical problems. FYI: Vivatar lifecam is junk… Freezes every time… This is the second one I have had, as the first one broke the first day, and I returned it.

Other than that, I’m having trouble transferring media (pictures) between devices (which is why some of my pics appear really small.) Trying my best to get things figured out, in the mean time, I apologise. Please bare with me as I figure these things out.

Hello Everybody! My name is Jordan and I am 29 years old. I am currently planning my first (full length) Thru-hike, and will begin sometime in March 2017! This is just the beginning. I intend to complete the triple crown and then move toward advanced mountaineering. My current goals are to summit Everest and own an adventure related business by the time I am 40! I am the definition of "free spirit". I have lived in almost every state on the eastern seaboard! I was born in StateCollege, PA and raised in Londonderry, VT. I'll admit, I was a spoiled ski resort brat. Anyway, now I have developed this strange urge to walk up mountains? I Don't know... sounds kind of silly when I actually think about it. This is not my first appearance on the AT. Some of you may have seen me and my Siberian Husky back in 2015 as we hiked from Damascus, VA - Roanoke, VA (Hiking under the trail names "Vermont and Mukluk"). I have also completed all of PA and All of VT! "I don't expect anybody to care about my dreams, I just want to be the one who inspires you to follow you own" - Vermont