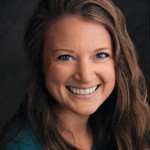 When It’s Time to Leave

It was October 15, 2022 when I made the decision to go. My birthday weekend. I know we all celebrate a new year starting in January, but for the past decade or so, October has been the beginning of my new year. Maybe because I was born in October. Maybe something about the leaves changing. Maybe the crisp air and the start of a new season. I’m not sure what it is, but October seems new to me.

I hate being cold

This decision to go had been in the works for about a year and a half. Let’s rewind back to Summer 2021. I was in Michigan. It was mid-August, and I was sitting on my parents’ dock with my boyfriend at the time.

We had just completed backpacking Pictured Rocks. It was the furthest/longest hike that either of us had ever done. 42 miles in four days. What an incredible first hike – I can’t wait to share more about it in a later post! We were on the dock, reminiscing about being in the woods and walking along Lake Superior.

We were also tentatively planning a dream hike. Where? New Zealand. Why? Multiple reasons. It’s stinking gorgeous. It’s exotic in an on-the-other-side-of-the-world type way. And, mainly, it’s summer there when it’s winter here. (Side note: I hate being cold) So, where could we hike during the dead of winter? New Zealand. We looked it up, and we had decided on February. We’d go for a month – he had to take time off from work – and we’d hike as much of Te Araroa as we could before we had to fly back home.

Well, this idea stuck. And, long after the breakup (simply put: he wanted to buy property in northern Michigan, and I hate being cold), I still had New Zealand on my mind.

Corporate life or into the wild?

Fast-forward to October 2022. Between the dock conversation and now, I had taken a full-time office job in Austin, Texas. I started my new job at the end of 2021 with the intention of getting out of cold Michigan, moving close to my best friend from college, and seeing if I would like a desk job. (When I told my friends, most were in shock. One in particular said, “Sam, I love ya, but you’re not going to last a year. You need to be outside.”)

Well, here I am a year later, and she was mostly right. I stuck it out for a year, I learned more about grit and the corporate world than I would have liked, and I’m feeling extremely unhappy. So, for my big birthday weekend, I wanted nothing more than to be alone on an overnight backpacking trip. There’s something about being in the woods that clears the mind. Something about the constant movement that strips away what’s not important from what actually is. Something about slowing down that reminds us that life moves way too fast.

So, on October 15, 2022, I decided that I was ready to make the decision to go. I already had a few trips planned, and I really wanted to stick out a full year at my company. So, my starting date would have to be January. After finding a couple groups for Te Araroa on Facebook, reading blogs, watching countless YouTube videos, and reading through the entire Te Araroa website multiple times, I decided that I would hike northbound.

On October 17, I called my sister. I was on the Air New Zealand website. I had already secured a visa as well as registered to backpack Te Araroa. The next step was to buy a plane ticket. If I bought a ticket, that would mean this was really happening. My sister answered the phone, “Hi Sissy!” (We always call each other sissy; I don’t know why, but it’s our thing.)

“Hey – I have a crazy idea,” I said. I then told her about my dream to hike Te Araroa. I was on the website about to hit purchase.

I’ll never forget her response, “No, that’s not crazy. That’s Sam. You taking an office job or wanting to climb the corporate ladder – that’s crazy. That’s not you. This, this is you.” I smiled in agreement. I was shaking with anticipation as I clicked the purchase button. As soon as my flight was booked, I was screaming into the phone and jumping up and down. My dream was becoming a reality.

Figuring out the details

Yes, there were TONS of details that I needed to figure out. I was going to be breaking lease two months early. I was going to have to find a place to keep my car. I was going to have to start selling my stuff if I wanted to drive everything I owned back up to Michigan. And then there were the gym memberships, bills, and other accounts that I’d have to figure out before leaving. I had taken the biggest step (saying yes), but now the conversations had to begin. Telling my parents, my friends, my bosses. What would they say? How would they take it?

Throughout the month of November, I’ve had the honor of letting those closest to me know that I’m leaving at the end of January for this hike. It’s been an honor… and it’s been a fear. From telling friends and co-workers, a wanna-be boyfriend (this is a story for another day!), bosses, and my parents – I wasn’t sure how any of them would respond. This weekend before Thanksgiving, I found the courage to tell my dad.

I hiked the Ouachita Trail around Thanksgiving last year, and he wasn’t too keen on it. He lives in Arkansas, so I was relying on him to get me to the western terminus. He told me point blank that he wouldn’t bring me unless I had someone go with me. I sucked it up, bribed a friend, and thru-hiked the OT with my dad’s blessing. Years before the OT, I joined the Army National Guard. I remember encountering the same fear of telling my dad and being completely unsure of his response. To this day, I can remember him beaming as he said, “Sam, I’m so proud of you.”

By encountering both encouragement and challenge from my dad in the past, I was freaked out to tell him that I was going to 1. Fly to the other side of the world. 2. Solo. 3. For three months (minimum). But then, there we were. It was Friday night. We had just finished dinner. And he asked me how my job was going. As my heart started beating faster and my hands got clammy, I said, “Dad, I’m planning to quit in January.”

“What’s next?” he wanted to know. And the flood gates opened.

“Well, I’m actually kinda nervous to tell you.” I paused. He waited. I gulped, and rambled, “I bought a ticket to New Zealand, and I’m hiking the Te Araroa Trail, and it’ll take me five months, but it’s ok because I’ve talked to a girl on instagram who hiked it solo last year, and I have a Garmin GPS device, so you can track me. And it’s going to be ok. I’m really excited,” I watched his face as I waited for his response. He said, “It sounds like you’ve done your research. I’m excited for you.” And that was that. I’m going.

It’s now the beginning of December. In less than two months, I’ll be tramping (that’s what they call hiking in New Zealand. How cool is that?!) northbound on the Te Araroa. I still have a handful of details to figure out. I’ve already sold my dining room table and outdoor patio set. However, there are still a few conversations I have to have and final bills I have to pay. It’s still unreal that this is happening. Life is such a gift!