This morning was the first time that I had to take my tent down in the rain. I managed take it down and roll it up in my footprint while the rain fly stayed up. I learned it didn’t make much of a difference to the tent, but did keep me dry until I had to take the fly down. I went to roll it up again under the shelter and got dirt caked everywhere because I did it in a dry spot (lesson learned). After my mishap, I sat down at the shelter to collect myself for a moment.

I honestly don’t remember too much from this day considering the weather and the mud. I let my mind drift off to my visit home, which was coming up very soon. Fortunately, it didn’t rain all day like it was calling for though. After crossing a highway and climbing up a mountain, the trail spit me out to a bald. It was foggy so I didn’t see any views, but I did put on an episode of All My Relations. This was the second to last episode of the season and was the first of a two part series on the topic of blood quantum.

For those unfamiliar, blood quantum was a genetic test that is supposed to quantify to “percentage” of Native blood one has in order to qualify them as Indigenous or non-Indigenous. As I’ve mentioned previously, race and DNA have no actual relationship to each other so one’s race cannot be identified through genetic testing or through their DNA. It was simply a means to eliminate the Indigenous population who stood in the way of colonists taking the lands. In juxtaposition to the test I mention in my last post, one drop, the ways race was manipulated in this country for malicious reasons becomes clear. These two “tests” also illuminate the falsity in the relationship between race and DNA. In the episode, indigenous people from different backgrounds come together to share their specific knowledge about blood quantum and I found it to be incredibly informative and important. It is the episode from the first season called “Beyond Blood Quantum” for those interested.

The first season of All My Relations has been immeasurably important and impactful on my trek as well as a spectacular podcast in general. The first season was a spectacular introduction to Indiegnous culture and knowledge. The hosts picked different, but equally important topics pertaining to indigenous society/culture and had experts come on to talk about the topic. It flowed well too, beginning with the idea that Indigenous people are misrepresented, why representation matters and finally correcting the narrative and ideas of what being Indigenous actually is. I recommend this season for anyone trying to dive into their culture or anyone who is interested in Indigenous cultures in general. It was as informative as inspiring and I am sure I will find myself listening to the first season of All My Relations again!

That got me to the shelter where I had lunch, which ended up being a  short break because I got cold. The rest of the day was downhill, so I took it very slow due to the mud. Earlier in the day I slipped and fell twice, which was enough to learn my lesson on hiking in thick mud. I was very glad to get to camp before it started raining again. As I laid in bed, the winds picked up and I wondered how it would feel in the morning…

The wind was so strong from the night before that I woke up to frozen shoes, which reminded me on my time in the Smokies. After forcing my feet in, I also was also introduced to the idea of frozen tent poles. I ended up breathing hot breath onto the joints and it worked in getting them apart! I left camp in my puffy…

After a few miles of trying to warm my hands and feet I got to the top of some boulders where I found some frozen rain from the night before. I never realized until then how brutal just wind could be. Just before lunch, I walked through a small gap that had beautiful new spring buds. The sight of new leaves and flowers always remind me why I am on trail: Witnessing nature and building a relationship with nature are a crucial part of life. As I ascended to the shelter, I warmed up and was greeted by some fellow hikers for lunch. They had just gone into town and graciously shared some of their snacks with me. I was fueled and ready to get to my love in Erwin!!

I cruised faster than I ever had on trail and after climbing up and over the last knob was greeted by the Nolichucky (the featured image shows this River!). The name derives from a Tsalagi Nation village near Jonesboro, TN that was called “No’natlugv’yi”, which means “spruce tree place”. There were likely many Tsalagi villages along this river. The river and I shared smiles through all the gaps of the trees as I got closer and closer to it on my descent.

I hung out at the hostel at the bottom for a few hours for my lover and her little sister to pick me up! I was a bundle of pure energy, ready to kick back with her for a few days before returning to trail. The past five weeks have certainly been some of the coolest and most challenging in my life, but I looked forward to being able to reflect on my time while relaxing with the one I love the most. 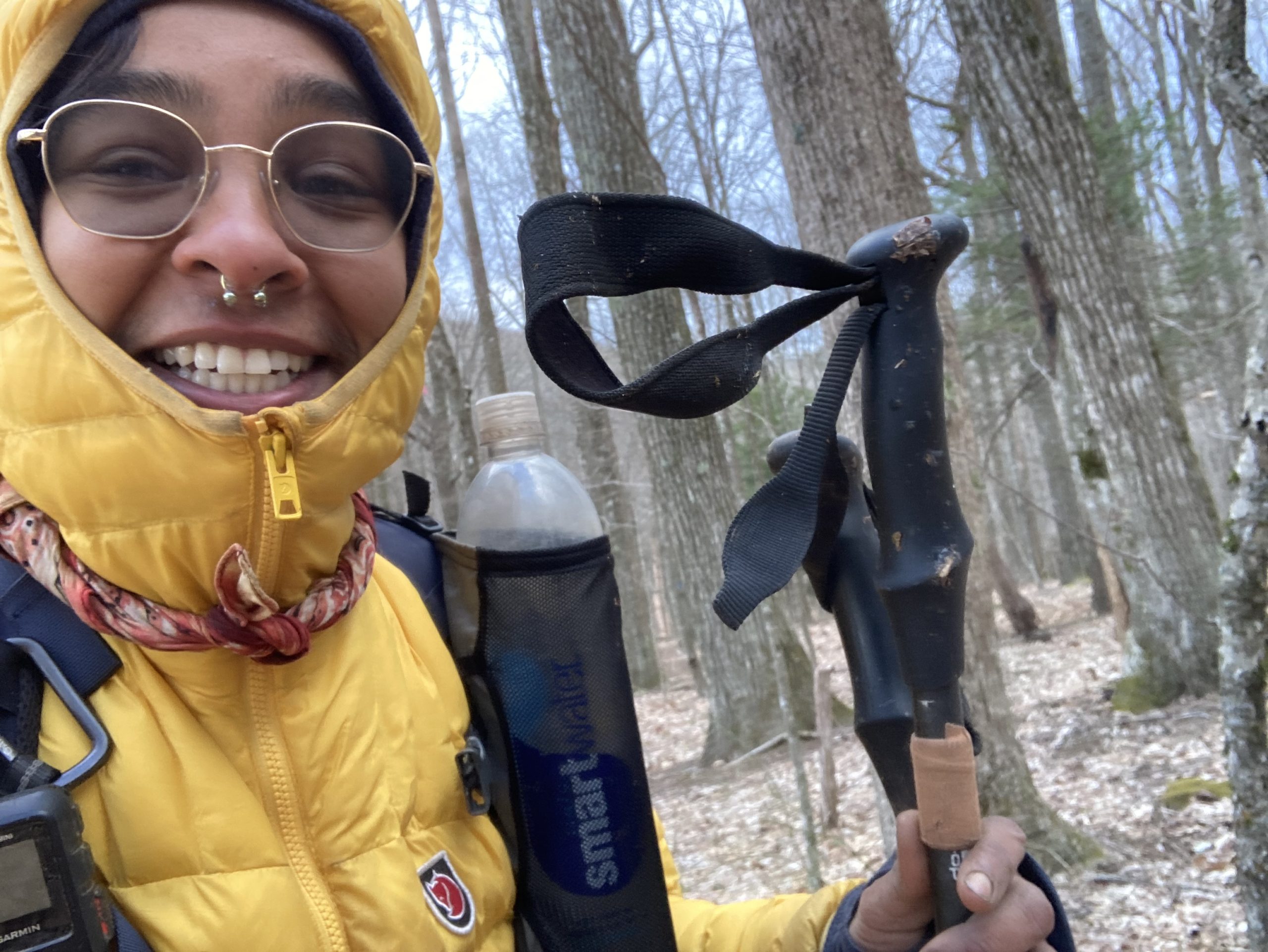 The strap of the trekking poles froze overnight too 😂 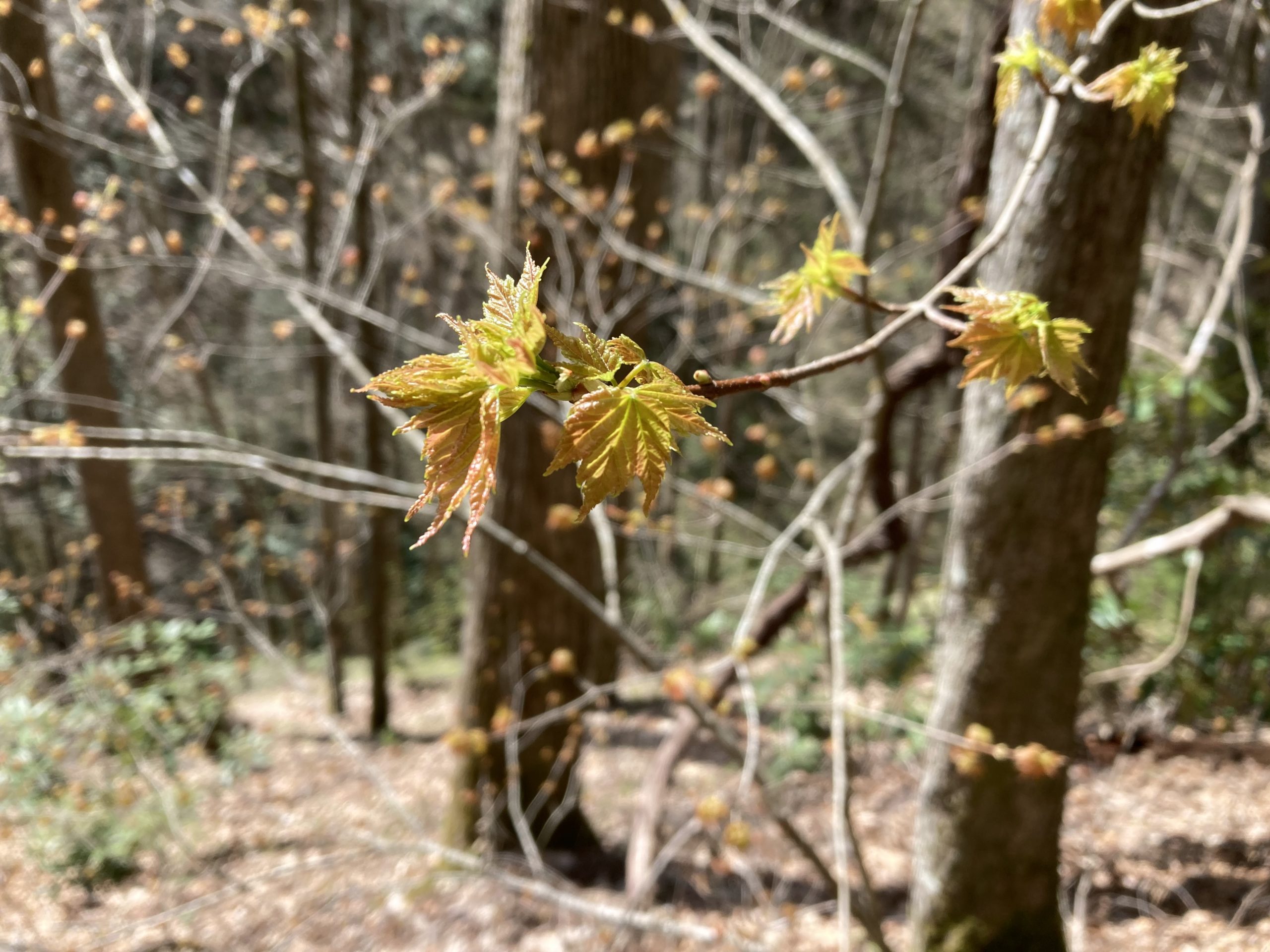 Getting dropped off for trail is always an goodbye when it involves people you are very close with. As I set off, I did feel sad, but I mostly felt a deep sense of gratitude and fortune for having good relations in my life. Once I started the climb out of Erwin it was difficult to think of much else other than the heat. Before taking time off trail, it was fairly cold. This day was the first one that got pretty hot to me. I was amazed at the way this changes hiking. Not only did I sweat a whole lot more, but I also had to drink water more frequently and take more breaks. The shade instantly became my best friend and graciously provided comfortable breaks throughout the day.

I ran into some familiar faces at the next shelter, which I didn’t expect considering my time off. After catching up for a moment and putting my feet up, I pushed on into the heat of the day. Luckily, the next section provided lots of shade, but it was fairly technical hiking between the rocks and roots. I put on another podcast episode that Dr. Yaba Blay did about her book “One Drop: Shifting the Lense on Race”. As I hit another climb, which was exposed to the sun, I found gratitude in Dr. Blay’s intensity. Like the newly inescapable heat of the sun, Dr. Blay radiates her critical mind through the language she has the incredible ability to form around race. It is inspiring to hear someone who is profoundly passionate and doesn’t compromise that.

This episode led me to Beauty Spot and brought a smile to my face immediately. I turned around and was greeted by miles upon miles of rolling mountain tops. As I peaked the bald, I made sure to soak up the views this place had to share. Although people were camping there that day, as many people do, I decided to make it to the next campsite so as to not disrupt the bald. When I got to the site, my GPS was reading two miles short. Usually it is off, but never by a whole two miles. I liked the spot though and thought it best to go ahead and stop. I enjoyed the peace of isolation for a while and then had dinner with other hikers that showed up eventually. 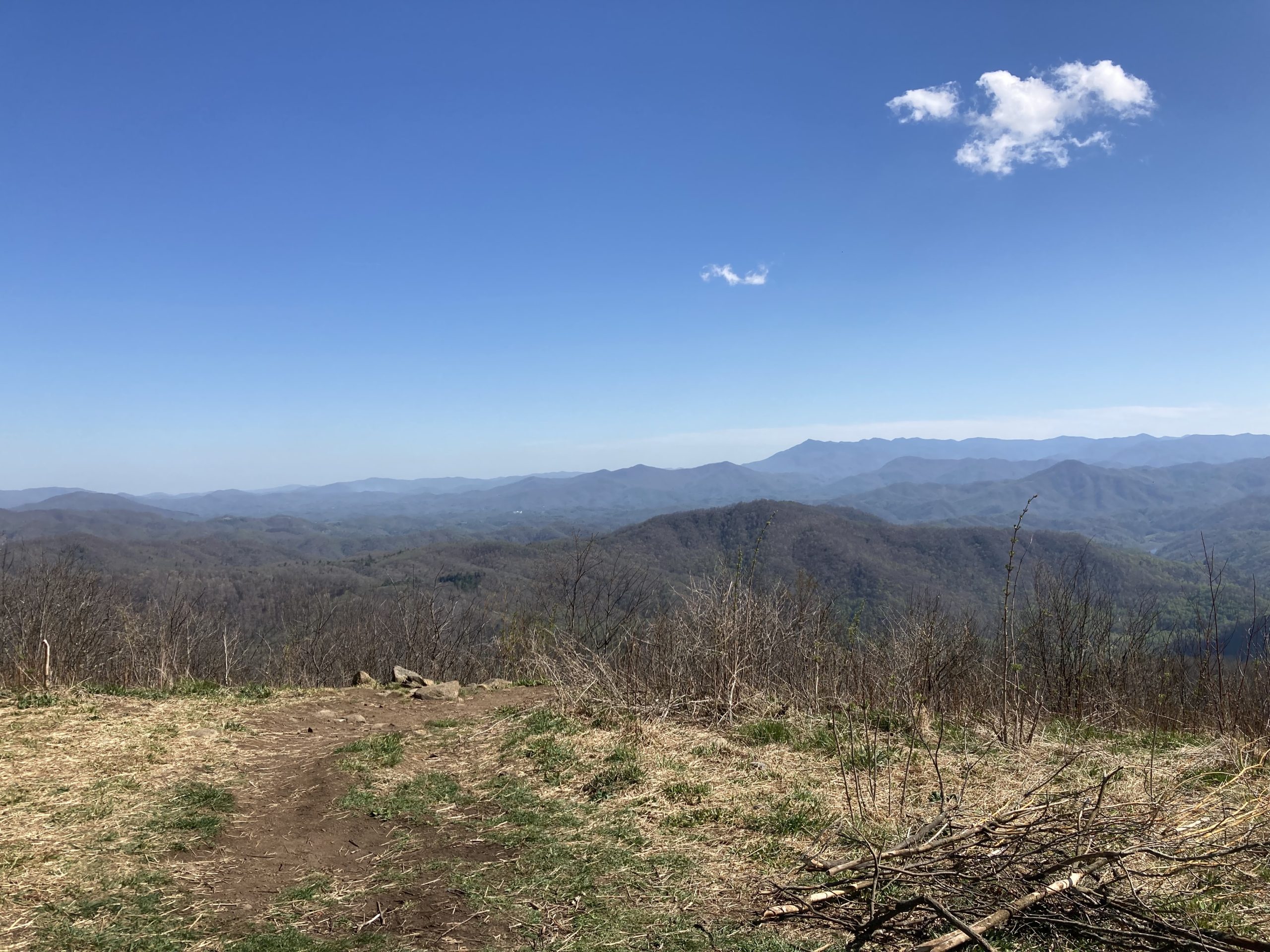 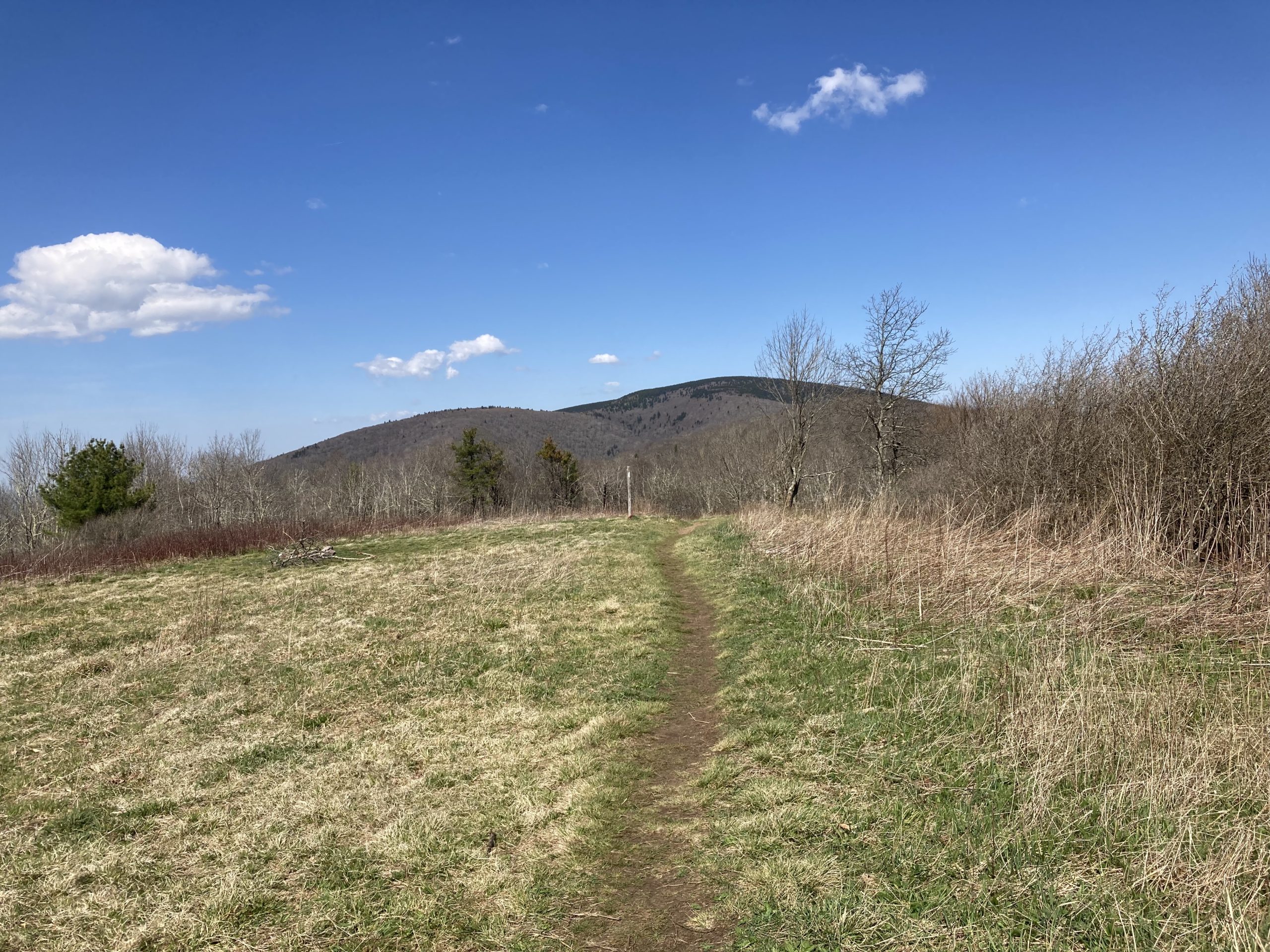