AT Thru-Hiker, “Bismarck”, Arrested at Trail Days on Embezzling Charges

This past Saturday, May 16th, a former Appalachian Trail thru-hiker, James “Bismarck” Hammes, was arrested at Trail Days in Damascus, Virginia, as first reported on Kentucky.com.

Hammes is accused of stealing $8,711,282 between 1998 and 2009 when he worked for G&J Pepsi-Cola Bottlers in Lexington, Kentucky. He had gone on the run in 2009 after being questioned by the FBI regarding missing money and allegations of laundering. There were also alleged reports of arson and possible links to his wife’s death in a fire. The story was featured on American Greed TV show and as a result is reported to leading to the arrest. 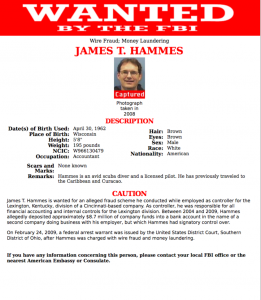 In 2014, as my son and I thru-hiked the Appalachian Trail, we met a varied and diverse group of amazing people. We bonded with strangers, even if just for a couple of hours, before parting ways. The companionship of joint experiences and misery certainly brings people together, whom, in the real world probably would not pass the time of day. We met literally hundreds of people, most I cannot recall; several are friends on Facebook, and some I stay in touch with more than my family. People not connected with the trail may feel that is strange. Especially when we consider; we rarely know each other’s real names, we don’t ask what each other’s jobs are, why we are hiking, or what our plans are. Instead we swap tales of bad weather, hard climbs, gear and food, great hostels and bad experiences. We may also warn each other of characters to watch out for along the trail.

Update: Read exclusive interview with hiker who reported Bismark to the FBI

Bismark, along with his hiking companion, Hopper, were names we only heard mentioned in a positive light. We first met them in Franklin after a particularly cold spell when several hikers had headed into town to rest and recuperate. Bismarck was staying at the Sapphire Inn and we were staying at the Budget Inn, both owned by Ron Haven. We had traveled on Ron’s shuttle and had a minimal conversation on the way to resupply and the outfitters. After that I do not recall seeing Bismarck until Trail days in Damascus this past Friday. He came by the Appalachian Trials booth where I was helping out, we exchange pleasantries and he walked on. That was the last time I would see him in person, however, I would see him in the news, as one of Americas Most Wanted, following his arrest Saturday morning. 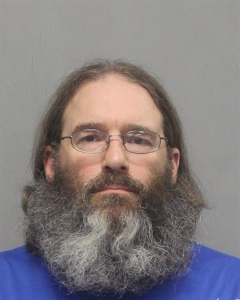 Photo courtesy of the FBI

For those that met Bismarck over the years (it appears he hiked the trail several times in the past few years), there is an overwhelming opinion of shock. Posts are springing up on social media regarding the arrest and as a popular and well-known member of the AT community there is a lot of interest.

So I would like to stress I am not standing in judgment nor defending Bismarck. We have laws and we have a judicial system that will do that. But the news is out there and we, as members of a close community are interested in the situation as it unfolds.

Reading comments on Facebook, it’s clear that the arrest of Bismarck’s arrest comes as a shock. But should we be so shocked that a member of our own hiking community could be a potential criminal?

Of course we should not. After all, the community on the AT is no different from any faction of society. It draws people from all walks of life and for a wide variety of reasons. Many are escaping and trying to get away from something, divorce, work, college, bad health; and crime.

Hiding on the AT

So should we be shocked that a member of the Appalachian Trail hiking community could be a criminal; not in the slightest. In fact what better way to hide from the law:

So, if found guilty, let’s not be surprised that this happened.  I am sure it has several times in the past and it may well again in the future. But lets remember that the crime wasn’t committed on the trail, or because of the trail. Hiking is just that; hiking. A criminal hiking is no different than a criminal walking down the street in town. It is not walking down the street that is bad; it is the criminal. So for people to suggest this paints a bad light on hiking I would suggest you need to step back and look again. Hiking is a pastime along the trail, no more, no less. It is made up of all walks of life and as the Appalachian Trail Conservancy state: “it is not immune to criminal behavior—including crimes of violence.” But these are rare and especially in relation to urban life. The trail is not isolated from all of society.

Our 2014 experience was overall positive, there were, especially early on some characters whom I was weary of. But fair to say less of them than I am weary of in my day-to-day life; Bismarck was not one of those characters.