Hiker Intro : How I Became the ‘Barefoot’ Hiker 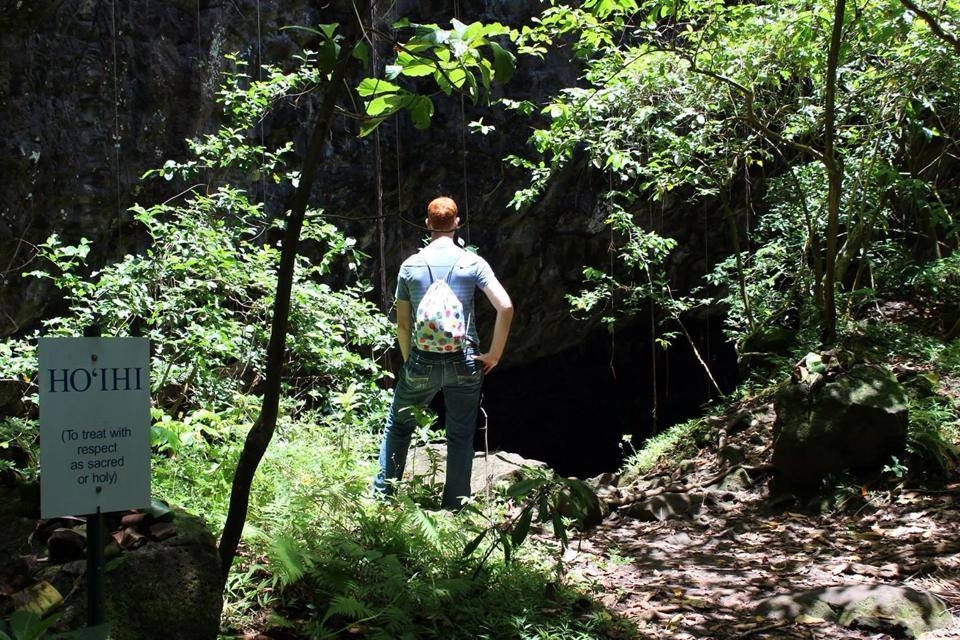 Leave No Trace to me means respecting nature as if it were a holy site.

Hi, everyone. My name is Jeremy. You can call me the “Barefoot” Hiker. This is an introduction on how I got my hiker nickname, how my life has progressed to this point, and why I chose to volunteer eight years leading Hawaii hikes. More of that in a moment. 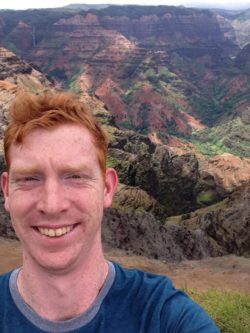 I was born and raised in a small town of North Florida. Most of my childhood experiences would be based in my time with a Christian boys’ group akin to Boy Scouts of America. The Royal Rangers were a group of young boys who regularly met to complete badges and go on field trips around my hometown. Once or twice a year, we went to gatherings called Pow-Wow’s for the chapter where we competed against groups of other scouts in competitions involving archery, rifling, canoe racing and more.  All of these activities shaped my experience with the wilds and my desire to learn more. My mother was also supportive. She took us camping  to many of the springs and nature parks in the area. 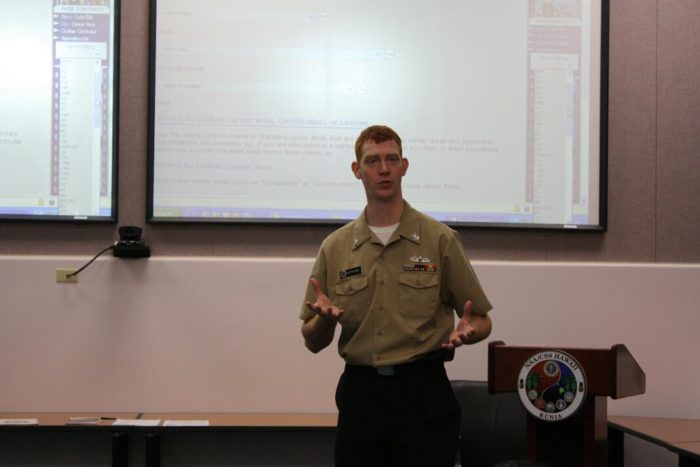 As an Instructor, I also taught Risk Assessment, Outdoor Safety and Education Opportunities to Navy Sailors.

After high school, I joined the Navy and was stationed in Maryland for my first tour. My job was as a Navy cryptologist. Boot Camp was rough, but I had also spent time in military schools for many months. I was ready to finally “settle down” until I inevitably would receive new orders. While volunteering at the Public Affairs office, I spent many weekends conducting paranormal research at the historic districts and hillsides of Ellicott City, Baltimore and the D.C. area. I visited so many haunted sites in Maryland included famed St. Mary’s Hell House, the NRL Nike Missile Defense system in Waldorf, the abandoned Patapsco Female Institute as well as any number of downtown Ellicott City hauntings.  My trips into the woods further encouraged me to explore and I often found myself wanting to hike along the foothills of western Maryland.

After two years working national security, I moved to Hawaii. I would spend eight years there, unnaturally long for a military member. While I traveled to many countries and had two deployments, Hawaii became my home; I married and bought a home, lived happily being provided for by the military. There were times that rock fever,  a type of homesickness or need to travel, would set in; six-hour flights could get me back to the west coast where my now ex-wife could visit family. I wasn’t able to get back to Florida as easily. Still, I turned to the mountains as my stress release from day-to-day life. When I did get to travel, I made it to Australia and New Zealand to explore the glacial fjordlands and beautiful sights while Down Under. I even got to visit Hobbiton (pictured below). Life was great. 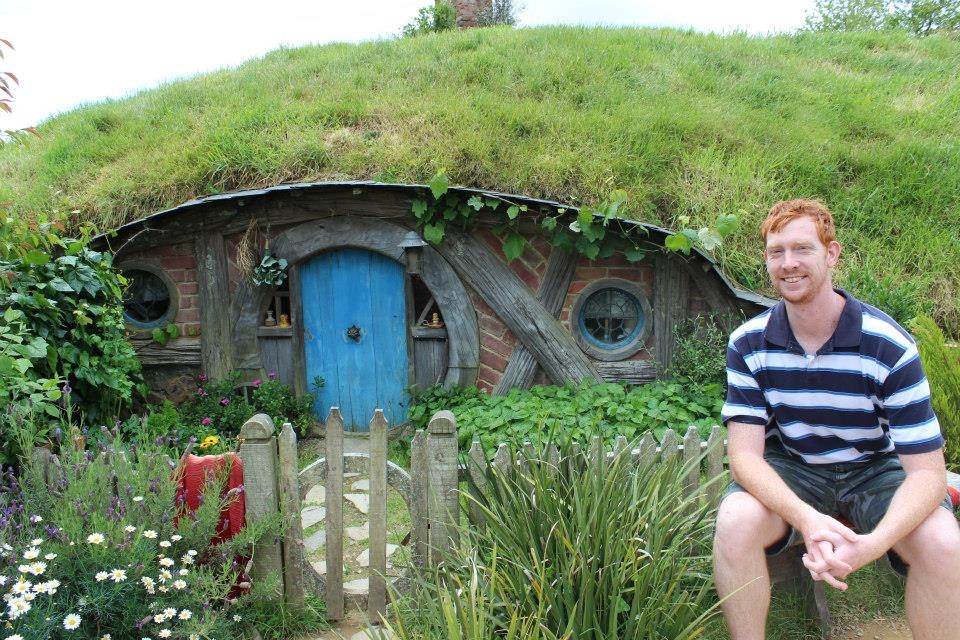 As I took to learn of Hawaii’s beautiful trail systems, I began to notice the risks involved with high tourist volume and lack of resources for junior military. I wanted to help reduce the risk of suicide; a serious issue among service members. I chose to spend weekends transporting junior soldiers, sailors and airmen to the island’s wild treasures, and I became a leader of this small group of misfits.

One such adventure was while hiking an “easy island trail of 45-minute walk to a breathtaking waterfall”. I was head first in the dirt before even stepping onto the trailhead. Red dirt, a constant and troublesome blight to clothing, was also devilishly slippery and would almost grab at my shoes relentlessly. Don’t mind that I was wearing slippahs or not paying attention; this did happen more than I would admit.  Beaten, bloodied and bruised by an invisible bully, a group saw us crawling out of the woods and commented on how I was so hardcore for hiking barefoot. I had just torn up my shoes beyond repair and packed them out. This short exchange was the push I needed to learn a little more about the trails I would attempt, and I would keep the name as a reminder to “always be prepared”. 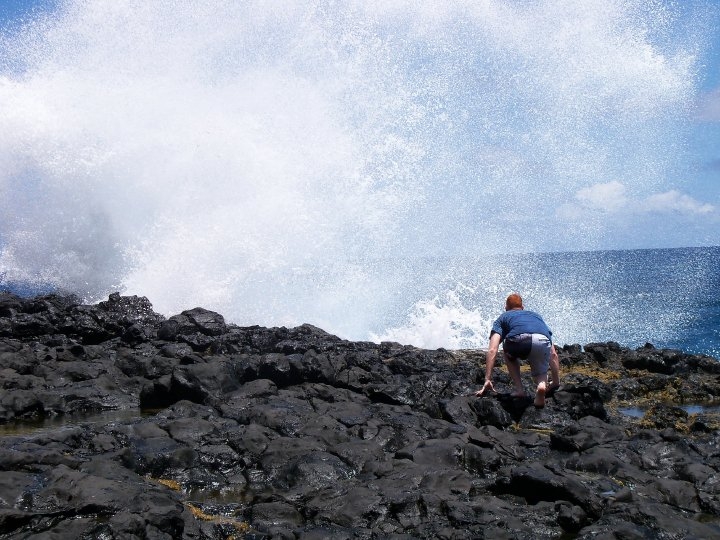 I would occasionally walk barefoot on trails, but lava rock isn’t friendly on us ‘soleless gingers’. The Barefoot Hikers would take off in popularity reaching over 10,000 members as I turned to accepting more tourists and locals. I would spend eight years hiking with the group as its only leader. After my marriage, I was pulled from the hills to a domesticated life, and the group would go idle. I still needed my mountains. Stress and anxiety became a strong part of my life again and I craved serenity and sanctuary. After eleven years, I opted out of the military life in hopes of finding a more peaceful and healthier existence. I won’t miss the incinerating deathtraps of burning sand and blasting sun called beaches, but I will miss “All Things Mauka” (towards the mountain); the ridges, river crossings and valley walks of my beloved home. 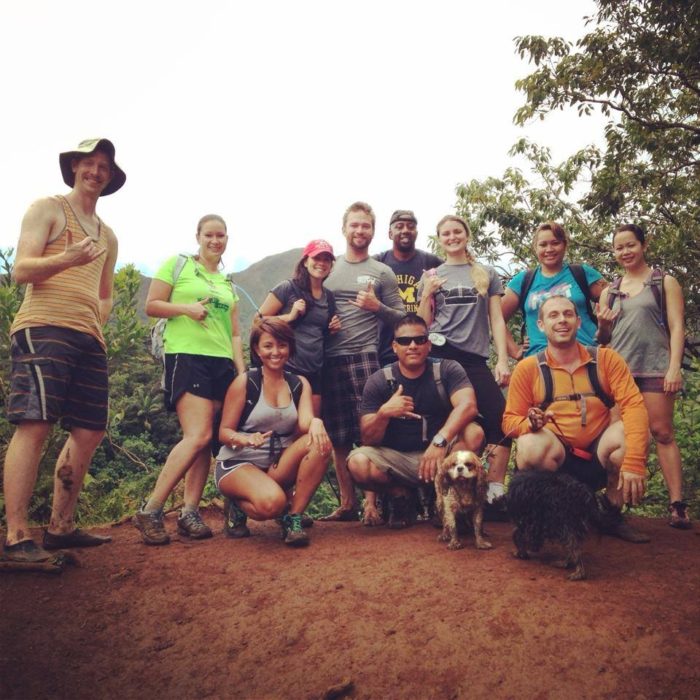 Pictured : Members of the Barefoot Hikers social group (2014). I am pictured at far left. You can see hikers covered in Hawaiian red dirt. It stained clothing and was very slippery.

Where Am I Now?

I finally moved away from Hawaii in 2016 to go to school, but a difficult transition to civilian life and a divorce later, I am hitting the trails. I want to learn more about myself, life after love and the Trials of the Appalachians. While in service, I began to deal with mental issues that crippled my work ethos and left me at the mercy of prescription drugs. I chose to walk away from that life and the stressful world of national security  in pursuit of an easier, simpler life. I have spent the last three months in preparation for both the mental and physical aspects of hiking the AT.

Currently, I am delayed about two weeks from the initial date of March 20th due to obligations in the real world. 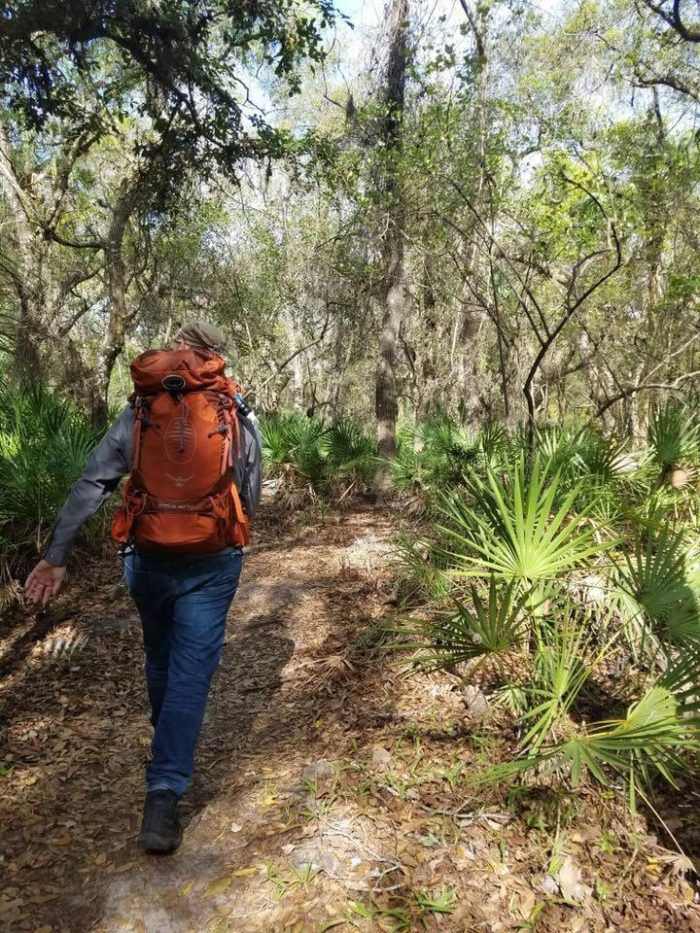 Walking on Florida’s National Scenic Trail. I have been training here for longer distances.

I will be at Springer shortly, and I can’t wait to share this next leg of my lifelong journey.

Mahalo Nui Loa,  Thank you very much, for reading and sharing my story.