Years ago there wasn’t a choice. Leather hiking boots ruled the trail. But trail runners are now king of the mountains, and they far outnumber boots in outfitters’ displays. Still, footwear is a highly personal choice, and what works for one hiker may not work for another. So with that in mind, The Trek asked two longtime hikers to weigh in on their choice of footwear.

Who wins? You be the judge.

Hugh Owen: Boots Were Made for Walking 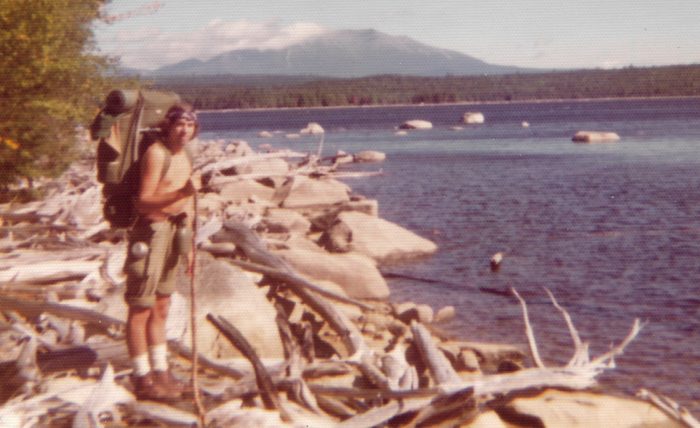 I was hiking the Hancock Notch Trail in the Whites several years ago, navigating a wicked muddy section when my foot slipped off a log. My leg slurped into the mud, halfway to my knee. Only reluctantly did the mud let go of my leg and a mud-covered boot.

I think if I’d been wearing anything less than an ankle-high boot firmly attached to my foot that mudhole would have sucked it right off my foot.

And that’s just one of the reasons I wear boots, despite the trend toward trail runners. 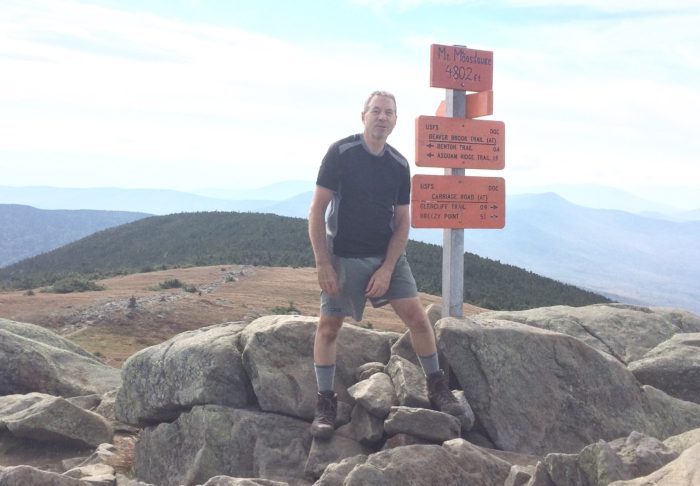 I hike in New England; land of big rocks, sharp rocks, slippery rocks. The outsoles of boots give the bottoms of your feet a solid layer of protection from the pounding you’ll get from rocky trails. Vibram outsoles—once the gold standard for boots—are being supplanted by boot makers’ proprietary outsoles that follow the Vibram (pronounced vee-bram) design. Boots give you stability on trail, and the more stable your foot the smaller chance of rolling an ankle. Boots alone will not help hikers with weak ankles. But the boot uppers will protect your ankles if your foot accidentally slides into a narrow gap between rocks or bangs against a protruding stick. Boots might be the better choice for hikers carrying heavy loads of 30 pounds or more because of the outsoles’ thicker protection.

Boots have come a long way since the stiff leather monsters that birthed blisters. The uppers are more supple, and the outsoles flex on rock scrambles. It’s best to give boots a break-in period, but some can be worn right out of the box. 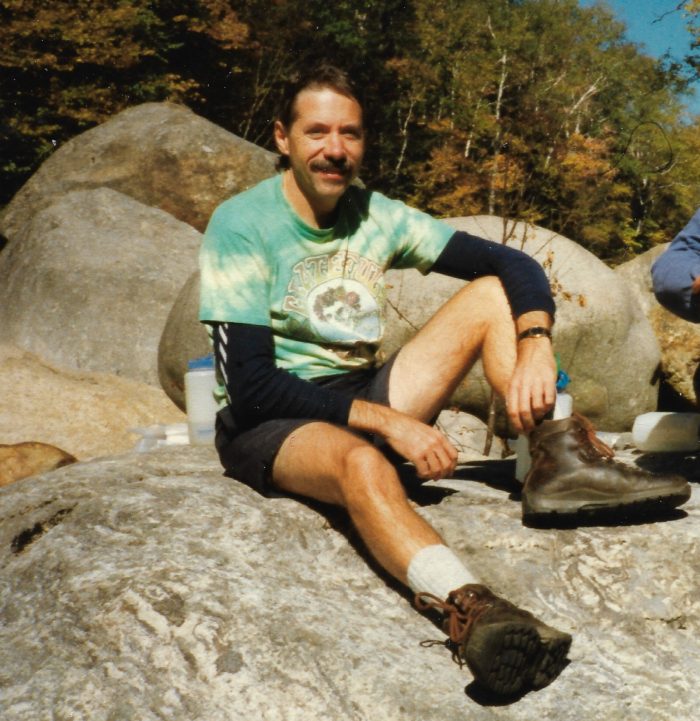 Gore-Tex boots will take longer to dry once they get wet inside. And they will get wet, whether from deep stream crossings or days of relentless rain. But consider this: they also take much longer to get wet than trail runners. Boots, especially Gore-Tex boots, provide warmth in cold weather, but can be uncomfortably warm in warm weather.

Leather Gore-Tex boots weigh about four pounds, while boots with fabric uppers weigh about three pounds. That’s well above the average one-pound-plus of some of the popular trail runners. And as the saying goes, one pound on your feet is worth five pounds on your back (1984 US Army study). But as with every piece of gear, there are trade-offs when going light. Shedding that extra weight can also mean less stability on gnarly trails, and less foot protection from rocks. For some, going lighter in the pack might be better than lighter on the feet.

Boots are made to last. AT thru-hikers might go through two to three pairs of boots from Georgia to Katahdin. Hikers wearing trail runners might expect to wear out four to five pairs. And leather boots can be resoled, extending their life. 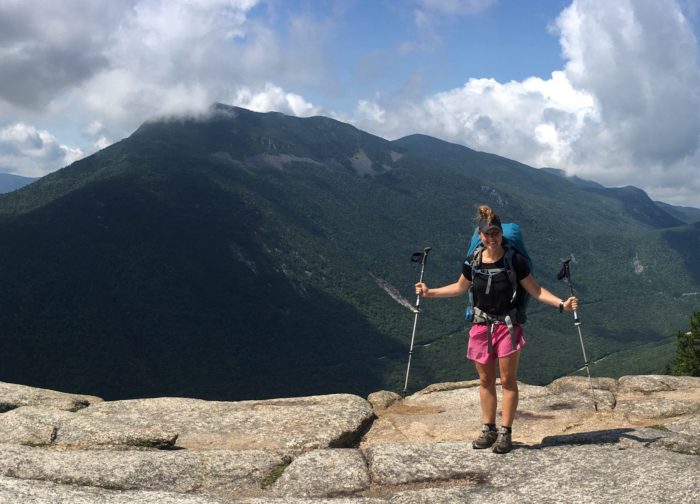 Nine pairs of trail runners and 17 states later, trail runners were my go-to shoe. On snow, in sandy desert, along volcanic rock. On hot road walks. Postholing around two feet of sun cups. In every type of terrain and weather, I wear trail runners and find them versatile and dependable. On both the AT and PCT, the majority of other thru-hikers around me were also donning trail runners. 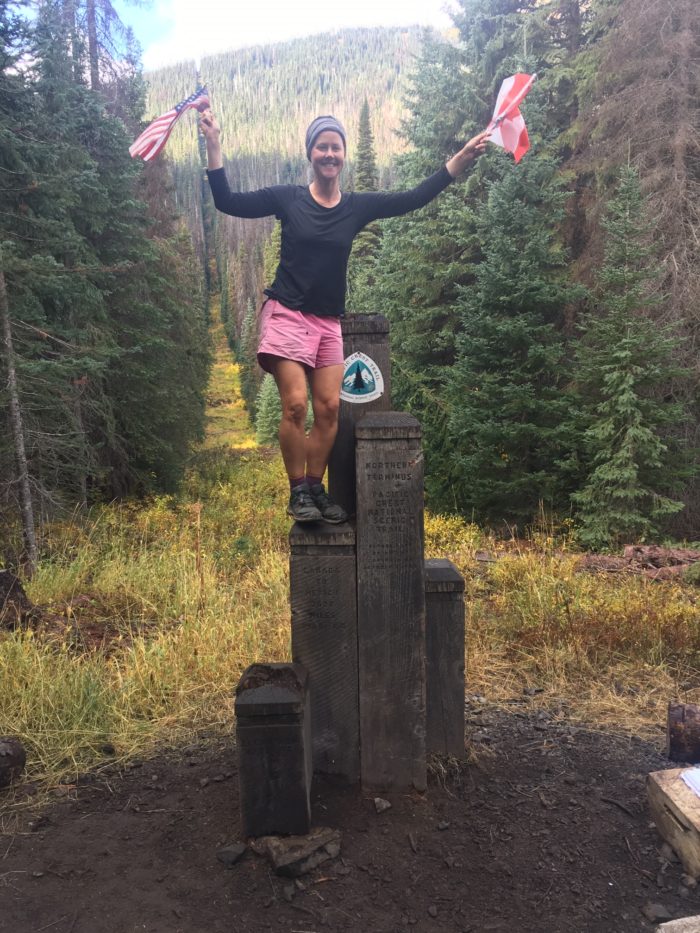 I live and hike in the mid-Atlantic. It is the land of varied terrain—rocks, roots, meadows, dirt, grass, balds, forests, creek beds, and more.  Even with exposure to sticks, stones, and uneven surfaces, I still prefer my trail runners. It’s true that a thick boot is going to provide more protection against rocks; trail runners require you to be more precise with your foot placement to avoid scraping against a sharp edge.

Although the occasional false step may occur, resulting in a scrape or kicking a rock into your ankle, this encounter is a consequence I’m willing to endure.

There are plenty of trail runner options that provide a thick enough midsole and/or hearty enough lug to reduce the impact of hiking on uneven surfaces. Additionally, hikers can upgrade their insoles to something with more support if they find that the manufacturer’s insole isn’t cutting it.

Regrading ankle support, if you’re set on having something wrapped around your ankle while hiking, then a boot might be the better option. However, I suggest giving trail runners a shot before settling on this conclusion. I have met many converts who swore by boots only to make the change to the lighter-weight trail runners and found that the need for ankle support was ill-founded. You can also look into “hybrid” hiking shoes such as the Merrell Moab Ventilator. 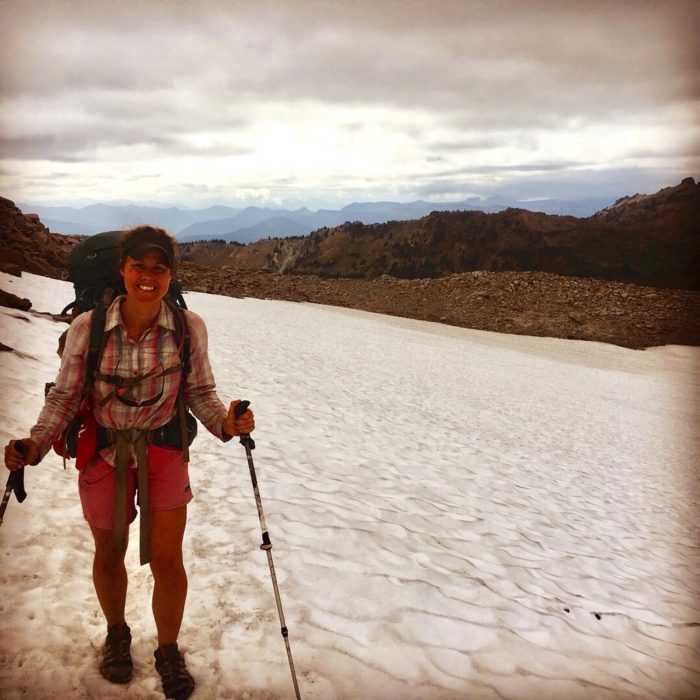 I hiked nearly 5,000 miles in trail runners on the AT and PCT in grass, dirt, roots, rocks, desert, forest, balds, bogs, creeks and rivers, sand, and water. Not having to swap shoes or wish I had something that could be flexible for how my feet had to move and the variations in weather  (rain, humidity, snow, hail, sleet, and dry days) and the trail is an amazing feet.

Trail runners are designed to adapt by keeping feet covered for protection, agile for different terrain (including nine consecutive miles of snow and sun cups to Muir Pass in the Sierra). Trail runners are flexible in the way they move, ideal for walking, hiking, or trail running.

For shorter hikes where there is no soggy ground or forecasted precipitation, dry time is not an important consideration. For longer backpacking trips, where you’re likely to encounter river fords, hiking on snowfields, or through torrential rain, dry time is an important consideration. Hiking for prolonged periods in wet shoes or boots can be very uncomfortable and result in blisters, trench foot, or a host of other foot issues.

My feet got more wet in central California on the PCT than they ever did on the traditionally wet East Coast of the Appalachian Trail. Why? Not because of rain, but because of the volume, intensity, and length of rivers crossed on the PCT. Having a good pair of trail runners (usually opting for the non-waterproof versions) allows feet to dry more easily. Crossing rivers in trail runners is prudent because the feet are protected, but the ankle is free to twist or pivot, better than the vulnerability of an open sandal or the constricted grip of a boot. This allows feet to block out rocks, glass, sticks, and other loose debris in the water, but also ensure that feet are stable and precise with fording a waterway.

The hallmark of trail runners are they are lighter than boots by virtue of being smaller (no ankle support or material) and, generally speaking, using lighter materials. As Hugh mentions, a pound on the foot is worth five in your pack. Less weight on your feet will result in the energy to move further and hike happier.

Although there’s a wide variance in durability amongst trail runners, generally speaking, they’re not going to have the same lifespan as a boot—especially a heavy leather boot. That said, popular models of trail runners should last backpackers a minimum of 400 miles, and some hikers have stretched the life of their trail runners to 800 miles or more. Many hikers wait for a tear in their upper to indicate the end of their trail runner’s life, when in reality, your footwear should ideally be replace after the midsole becomes overly compressed. While durability is not a relative strength when being compared to boots, the difference isn’t enough to outweigh (some pun) the other factors. 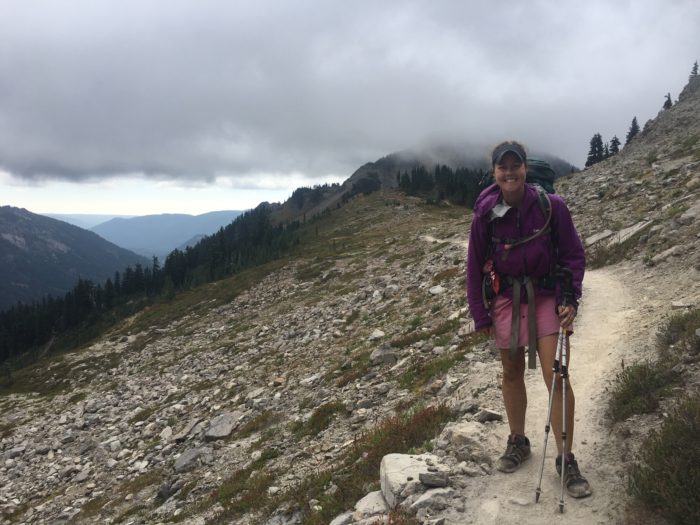 If most of your trekking is done between spring and fall, then the same pair of trail runners can serve you well in most conditions. Aim for something with a reinforced upper and a semi-aggressive lug, and you’ll be hard pressed to find a trail that your trail runner won’t work for. If you’re gearing up for a longer trek, your specific needs might vary. For instance, the terrain on the Appalachian Trail is much more rugged than that of the Pacific Crest Trail, but in both scenarios, a lightweight, non-waterproof trail runner will serve you well. Although a boot might keep your feet drier longer when hiking through snow, the weight and impermeability is overkill for most other situations on one of these treks, and lacks the versatility of a trail runner.