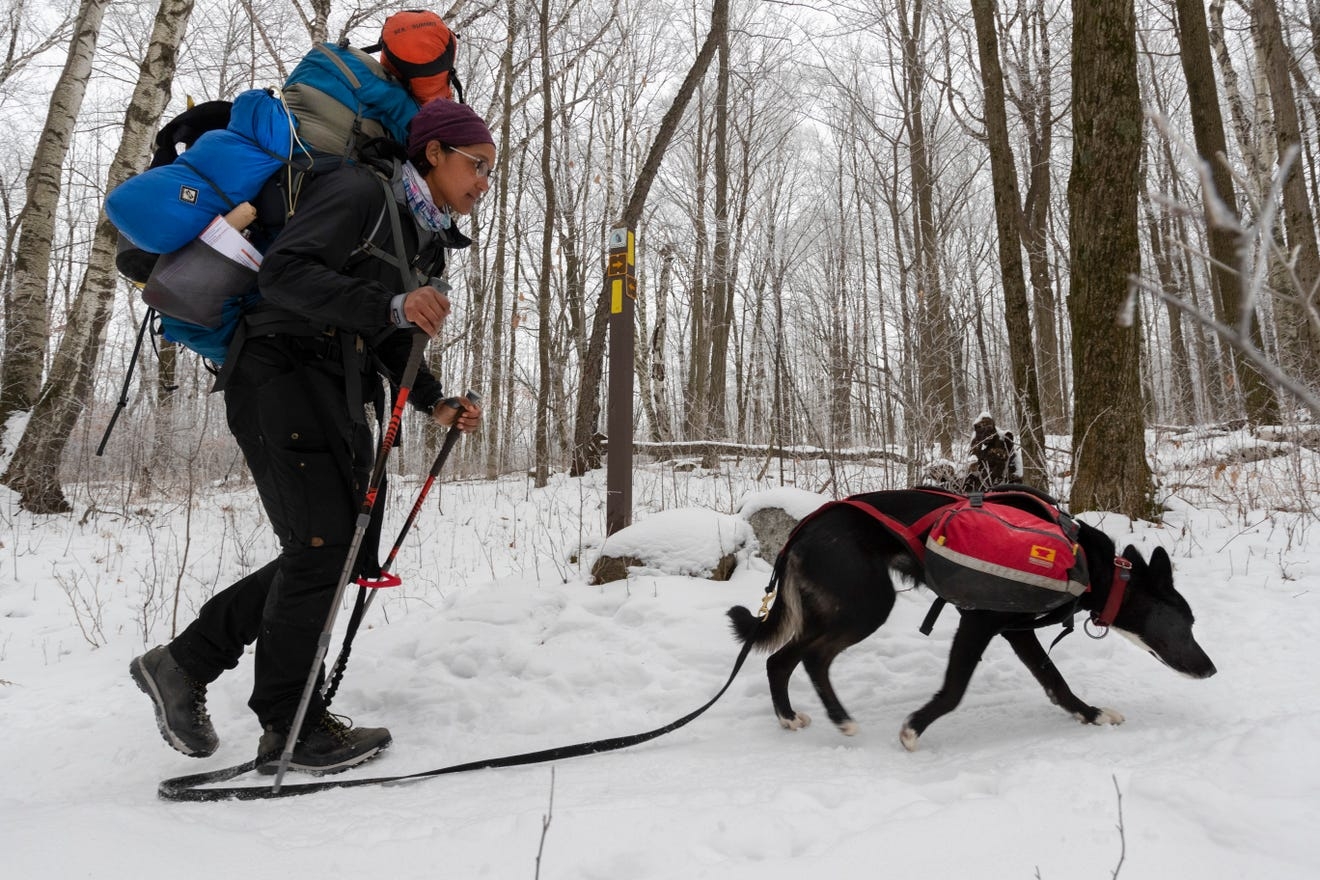 Emily and her trail-dog Diggins trekking along the Ice Age Trail. Image courtesy of Emily Ford.

In an intimate portrait of the solo thru-hiker, Breaking Trail follows Emily Ford on her 1,200 mile journey along Wisconsin’s Ice Age Trail in the middle of winter. Along with Diggins, her borrowed Alaskkan Husky, Emily braves routine -50 degree nights all for the chance to sleep under the stars and connect with nature.

“My gear is not rated for -50 windchill,” Emily says in the opening shot of the film, setting the stage for a physically and emotionally demanding journey. “My lungs hurt. My body hurts…I’ll never make it out of here,” she continues. As followers of Emily’s journey know, she does make it out, bringing thousands of people along with her as she documents her trip on Instagram and gains national media attention.

Set against the backdrop of the COVID-19 pandemic and protests following the murder of George Floyd, Emily’s story strikes an optimistic chord with her followers. “I really think Emily’s story has taken off the way it has because we need it right now,” says journalist and author James Mills. “It is so different from everything else that we’re seeing in the world right now.” Isolated from the anxiety-inducing 24-hour news cycle, Emily treks through the snow with Diggins, while a growing audience follows along, grateful for her positivity during dark times.

“This Is for Everybody”

As the first black person, first woman, and second person ever to complete the trail in winter, it’s no wonder that Emily’s story inspires. “I don’t want people to be deprived of what nature can offer because of societal fear,” Emily says. “There’s something about putting up your tent outside, sleeping under the stars and seeing bright stars, maybe for the first time ever in your life. And taking that breath of air, hot, cold, whatever. This is for everybody,” she continues. 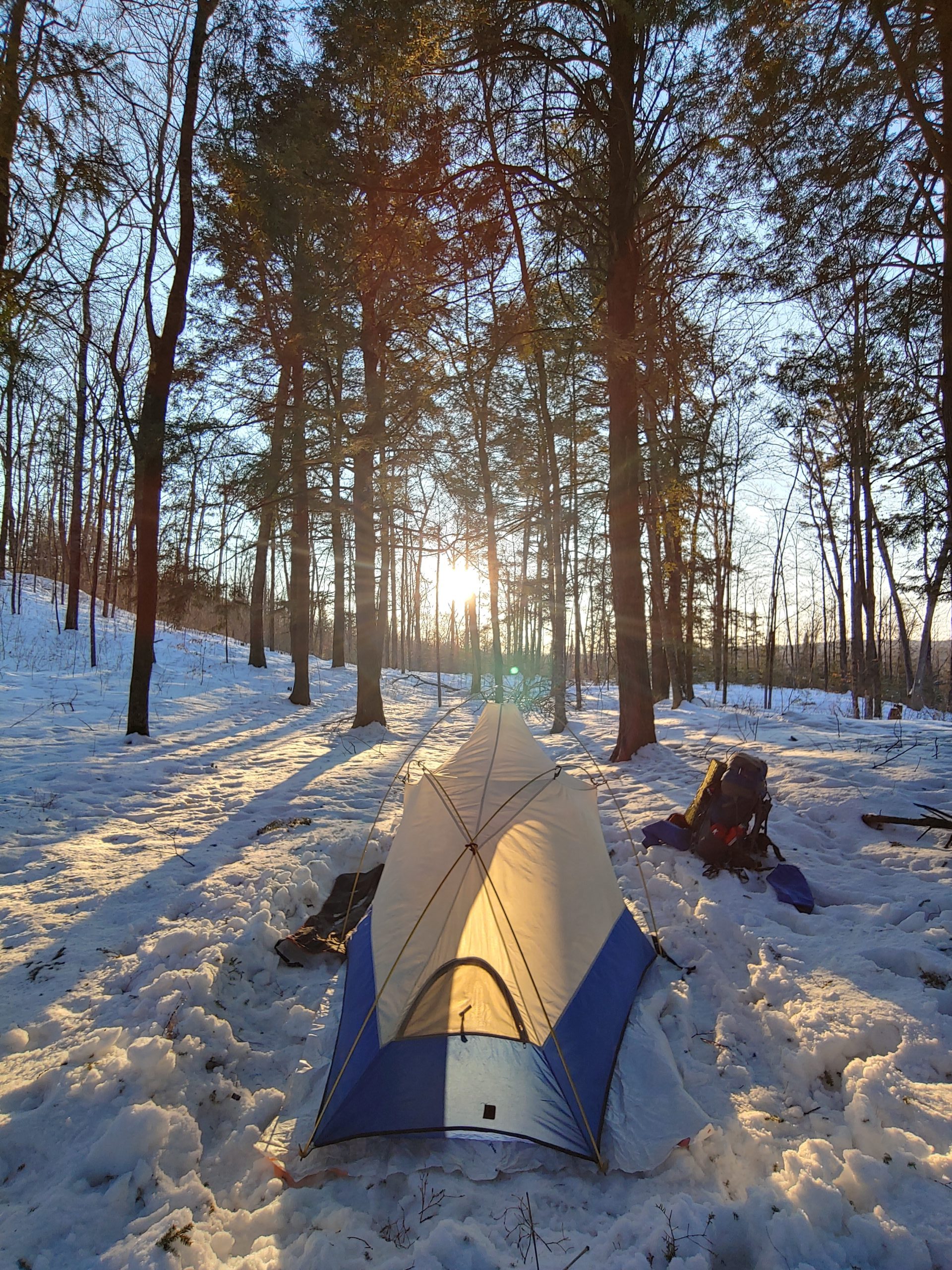 The film pulls in the perspective of James Mills, the author of The Adventure Gap: Changing the Face of the Outdoors, on the significance of Emily’s journey. “We can go back to the 1930’s and take a look at the fact that we had a system of segregation…that physically restricted people in terms of where they could live,” Mills says. “And many times that meant they couldn’t live in suburban areas where much of what we now know as the outdoor recreation industry kind of started. And then you add to that the very real possibility of racially motivated violence in wooded areas, and at a certain point you create a culture that is defined by ‘people of color don’t go outside,’” Mills explains. “When we tell ourselves that we can, that’s when we’re truly free. And that’s what Emily’s doing.”

A Companion for Life 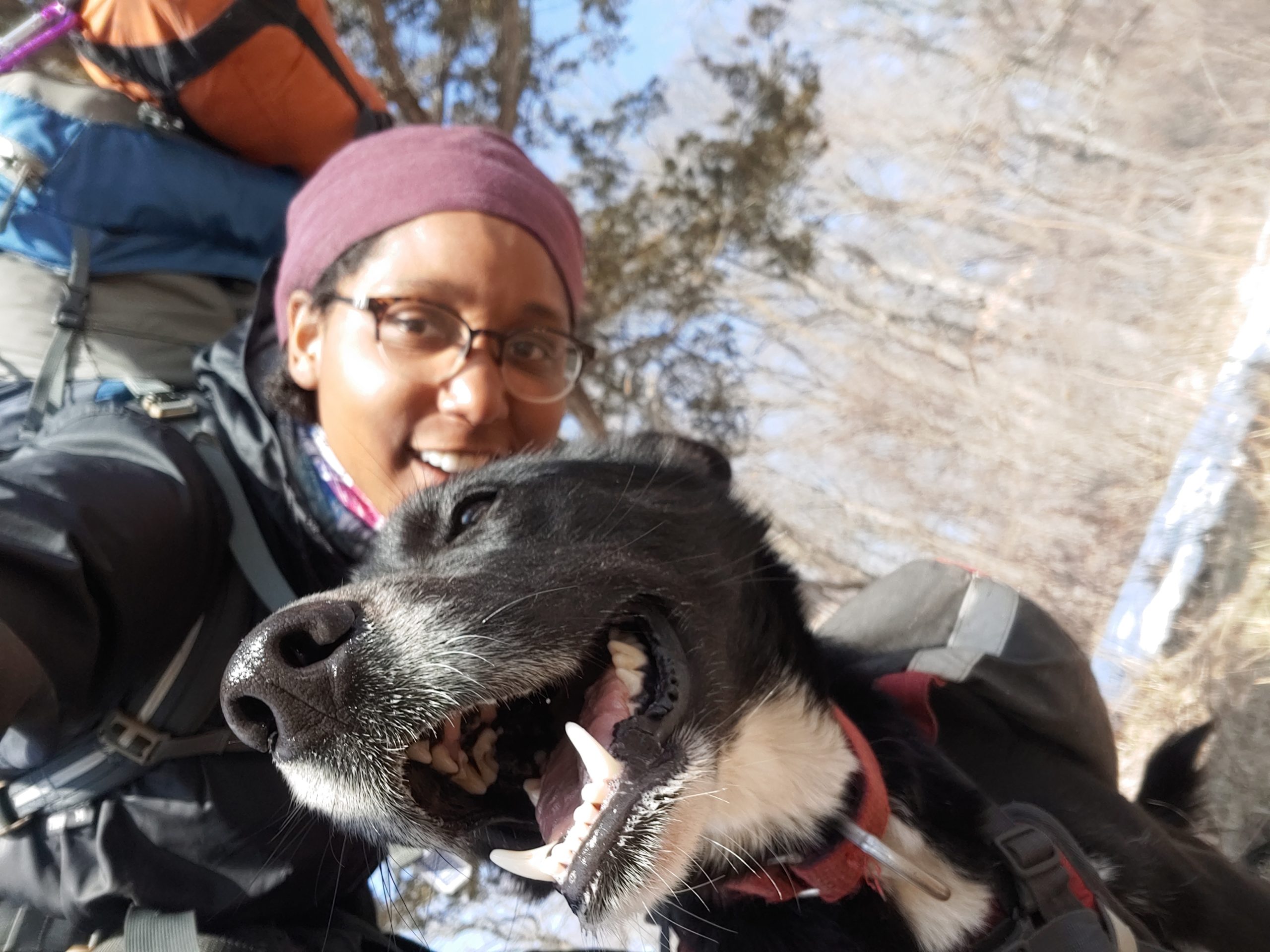 Breaking Trail is as much an adventure story as it is the story of Emily and Diggins. The two have a clear connection that is deepened by their shared journey. The film documents Emily carrying Diggins over water crossings, wiping off her paws before they crawl into the tent, and Diggins sheltering behind Emily as they slowly cross a frozen river. The beautiful relationship is only dampened by the knowledge that Emily plans to return Diggins to her owner at the end of the journey. But with a proper happy ending, the end of the film reveals that Emily and Diggins are reunited, and that Emily officially adopted Diggins in April.

Outside of Emily’s ever-growing social media following, Breaking Trail captures the real-world community that supported Emily along the way. “When Emily decided to do this trail, it was very personal,” says Emily’s mom. “But it has evolved. It’s the craziest thing.”

As Emily makes her way across Wisconsin, people start leaving her gifts of homemade treats, roadwalking with her, and bringing groups of school children to cheer her on. The film beautifully contrasts the despair and anxiety that most Americans were feeling at the time with the hope and optimism Emily was spreading with her walk.

In a triumphant finish, Emily reaches the western terminus of the Ice Age Trail at Interstate State Park in St Criox Falls, Wisconsin and is greeted as a local celebrity. “When I started doing this trip, I didn’t realize I was going to have this many people follow along,” she says to the crowd greeting her. “I hope you all really hear it when I say…you’re welcome outdoors. Nobody should feel like the outdoors isn’t for them. If you don’t feel like you fit the bill, there’s a place for you outside and there’s a place for you on the trail.”

Breaking Trail is screening along with four other short documentaries as part of the Peaks and Valleys program at BANFF Festival on November 7th. Tune in virtually to watch all five films through November 7th, and follow Credo Nonfiction for information on future screenings.