Choosing the Chinook Trail for My Fall 2018 Thru-Hike

The appeal of a taking on a thru-hike is multifaceted – there is the urge to escape from technology and the clutter and clatter of everyday life. There’s also the desire to immerse oneself into nature, the physical challenge of walking 15-25 mile days every day, and to do something that basically lets you say to yourself, “Hey, I did that!” 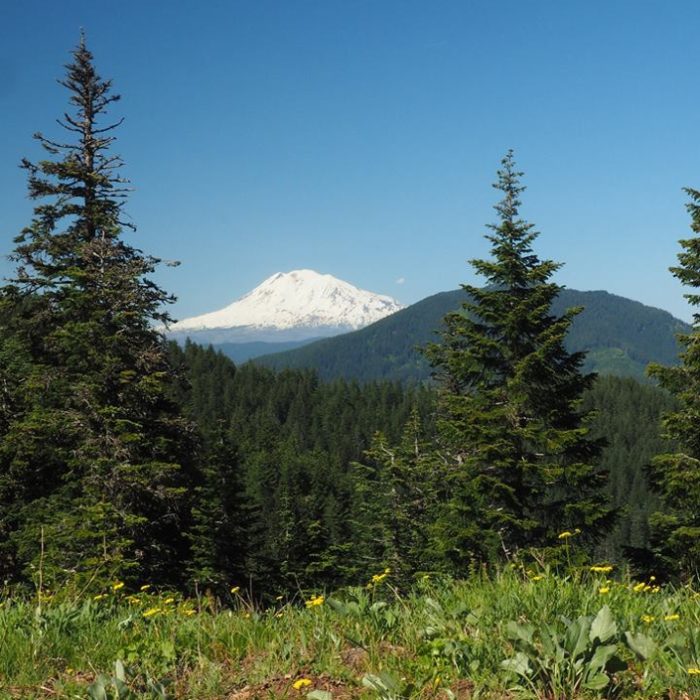 When it comes to thru-hiking, most people think of the big three – the Pacific Crest Trail, the Appalachian Trail, and the Continental Divide Trail. Each of these are amazing, but also take many months to complete – time that not all of us have to spare. In that case there are the most common options – do a bunch of one- or two-night backpacking trips, or take a look at one of many thru-hikes that can be done in ten to 14 days. Wanting to do a thru-hike, and having two to three weeks available this fall, it dawned on me that it is the perfect time to give a long-distance hike a try.

There are several intermediate thru-hiking trails that immediately come to mind – there’s the John Muir Trail (California), the Wonderland Trail (Washington), the Long Trail (Vermont), and the Tahoe Rim Trail (California/Nevada). All of these appealed to me, but my goal one day is to do the PCT, so I really wanted something that came close to emulating the PCT experience. If it was somewhat close to home (Bellingham, WA) that’d be even better. So I began searching lists of thru-hikes throughout the United States, focusing on those on the West Coast. I saw several mentions of the Chinook Trail, but the information I found was rather vague, and lacked a definitive route.

However, everything else about the trail appealed immediately. It was close to home (it starts in Vancouver, WA, and ends in Portland, OR), measures 270-300 miles (doable in 12-14 days or so with 20+ mile days), follows the scenic Columbia River Gorge, and includes forested mountain trails, warm desert/prairie walking on trails and roads, and several towns along the way. I was told by a member of the Chinook Trail Association to think of it as a Camino-type walk, due to the stretches of road walking, and several towns with restaurants and accommodations along the way.

A couple of other trails were on my radar, but I feared that the Wonderland Trail could be iffy in October weatherwise. Another option, the Palouse to Cascades State Park Trail (a rail trail that’s primarily in eastern Washington) just seemed to lack the variety of terrain I was looking for, and also lacks towns or campsites along the way.

Focusing on the Chinook Trail

The two better known long-distance trails in Washington didn’t have the right fit for me, so I turned upon the Chinook Trail – like most people researching trails these days, the first step was to type “chinook trail” into Google. What came up immediately was somewhat helpful, but what was initially surprising was the lack of an official trail map. I learned that it is a trail in the early stages of becoming an official trail, but there really weren’t any PDFs to download, or official trail guides to be seen. All that really exists are a crude overviews, some showing a complete loop with the same start and finish point, and others that show a sideways U, starting in Vancouver, WA, and ending east of Portland, OR.

Then I found a couple of blogs that showed the tracks of hikers that have done the trail, and those didn’t agree with one another. So it became obvious that the Chinook Trail as it stands now is more of a concept, than an actual defined route. That’s where the fun began… (actually, it’s been hours and weeks of work, using the Gaia app and website to set a proposed route, contacting private landowners on that route, figuring out campsites, resupply, etc., and much more).

As I have put together a route, it’s been interesting to see the variety of hiking throughout – thankfully, most of it is actually trail, but there will also be lots of forest roads and regular roads to follow. Some of the terrain will be hilly, and mountainous – especially the stretch from the Columbia River to Mount Defiance, which is nearly 5,000 feet of elevation gain in just about eight miles. Other sections will be flat and somewhat monotonous – the only thing that will seemingly make the road walk from Wahkiacus to Maryhill worthwhile are the amazing views of Mount Adams. It’s all going to be a great test. At this point it’s hard to say if the toughest terrain will be the large elevation climbs and drops on the mountain trails, or the long, flat road walks on pavement, mainly in eastern Washington and Oregon. 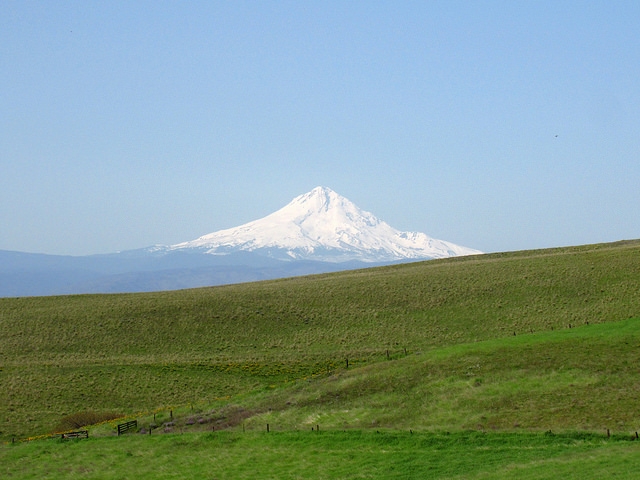 This article is intended as a brief introduction on how I decided to hike the Chinook Trail this fall. Future articles will focus on the route I intend to follow, the folks and organizations that have helped me in preparation for the thru-hike, and my gear list, before I actually post from the trail. There will (hopefully) be daily reports, to be followed by a summary and/or guide to hiking the Chinook Trail. While there are personal goals to achieve by hiking the trail, I also want this to become a trail that others can do in the future. So far only ten to 12 people have done the trail, and it would be great to see it become a trail that hundreds of people do each year.

Thanks to the following associations and people that have helped me with route planning (so far): 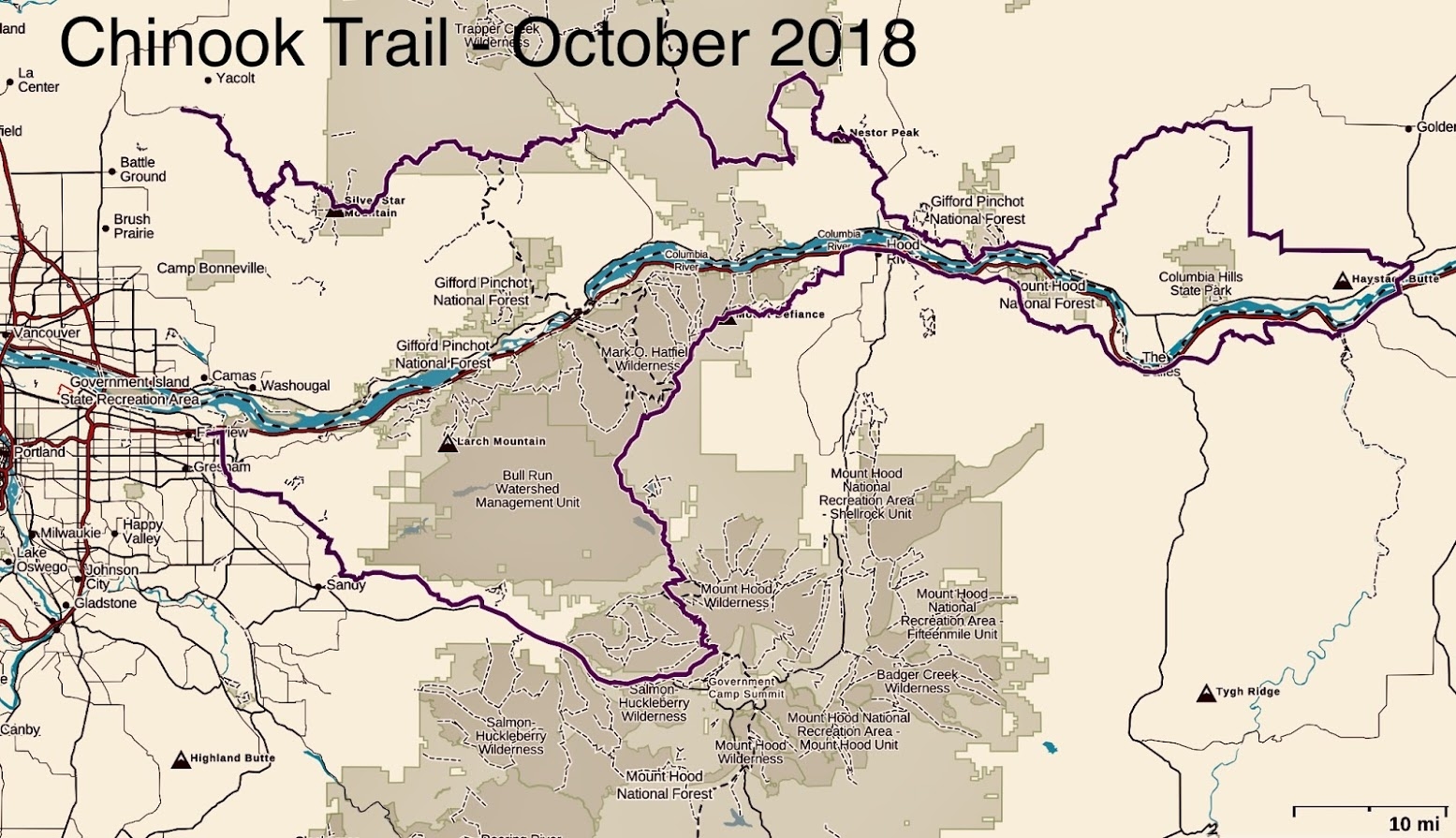 The route for my 300+ mile Chinook Trail thru-hike

I am a longtime Northwest hiking enthusiast who grew up in Redmond, WA, with easy access to the Snoqualmie and Stevens Pass areas. As a family we hiked occasionally while I was in my teens, and that planted the seed for outdoor recreation in the mountains. Over the years I have skied, hiked, and camped in the Cascades, but never really got into backpacking until a few years ago. As a father of two teens I thought it’d be a great activity we could all do together, so we purchased decent, yet far from lightweight gear, and headed up to the Mount Baker area for several summers of overnight hikes. It was a few years later that I discovered thru-hiking and it immediately became something I wanted to do, at least once. The Chinook Trail will be a great test to see if I’m capable of hiking for two to three weeks straight, living outdoors, and carrying everything I need on my back. I am excited to be writing for The Trek, and hope you all enjoy hearing about a first-time thru-hiker’s experience, as well as my discovery of a long-distance trail that few have done in its entirety.