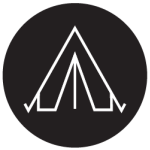 Everything about my preparation for the CDT this year is different from what I did for the AT back in 2015. The two trails have many differences that I’ll point out and I’ll talk about my approach to dealing with them. Not all of these points will apply to everyone setting out on the CDT but I think it’s interesting to see how people approach long trails in their own specific ways.

The social aspects of the CDT are going to be way different from the AT in 2015.

I didn’t know anyone before setting out on the AT, It took just mere hours at the Hiker Hostel in Georgia to meet people that would end up becoming lifelong friends. I go into the CDT knowing most of the people I’ll be hiking with, already having a solid support structure around me can only be a good thing. 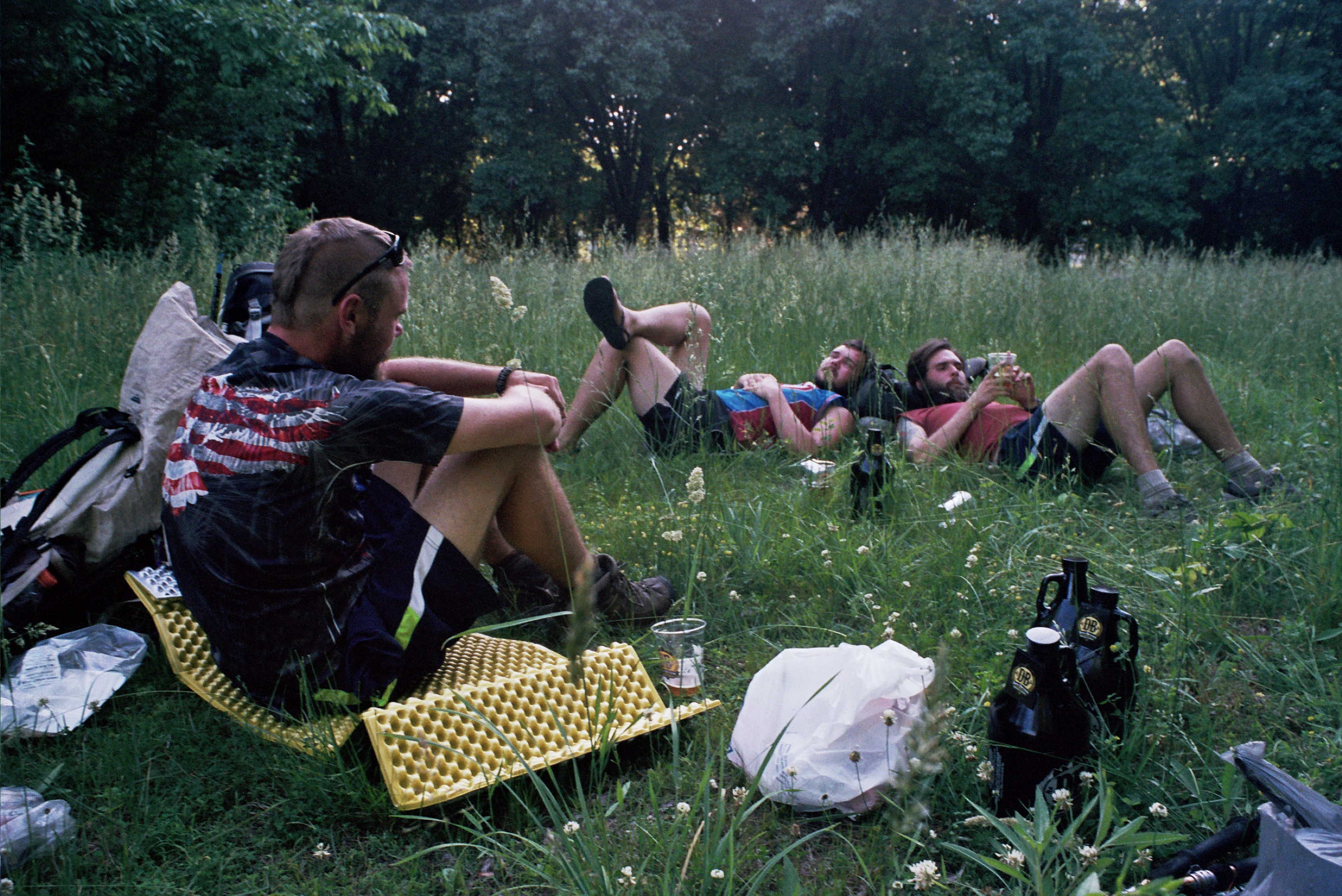 The AT is the party trail. Some people choose to hike the same sections of the AT every year just to party and hang out with hiker trash. I get it. We hiked and the focus was on hiking but we drank, we spent too much time and money in towns but we had a great time. Our mindset for the CDT is different. They’ll be a lot less drinking and chilling, we also won’t have the same access to towns as on the AT. The CDT doesn’t allow for dilly dallying, to successfully hike the CDT you really have to work for it.

Myself and Cheesebeard spent a good amount of time playing Magic the Gathering on the Appalachian Trail. Sometimes taking a two hour lunch break just to play. No more of that craziness.

Nevertheless the Geeks will prevail.

Just Because You’ve Done A Thru-Hike Before, Doesn’t Mean The Second One Is A Given (Especially When The 2nd Is The CDT)

For those that maybe haven’t completed a thru-hike, the thought of hiking for 6 months and all the associated craziness that comes along with it seems just that, crazy. And it is. 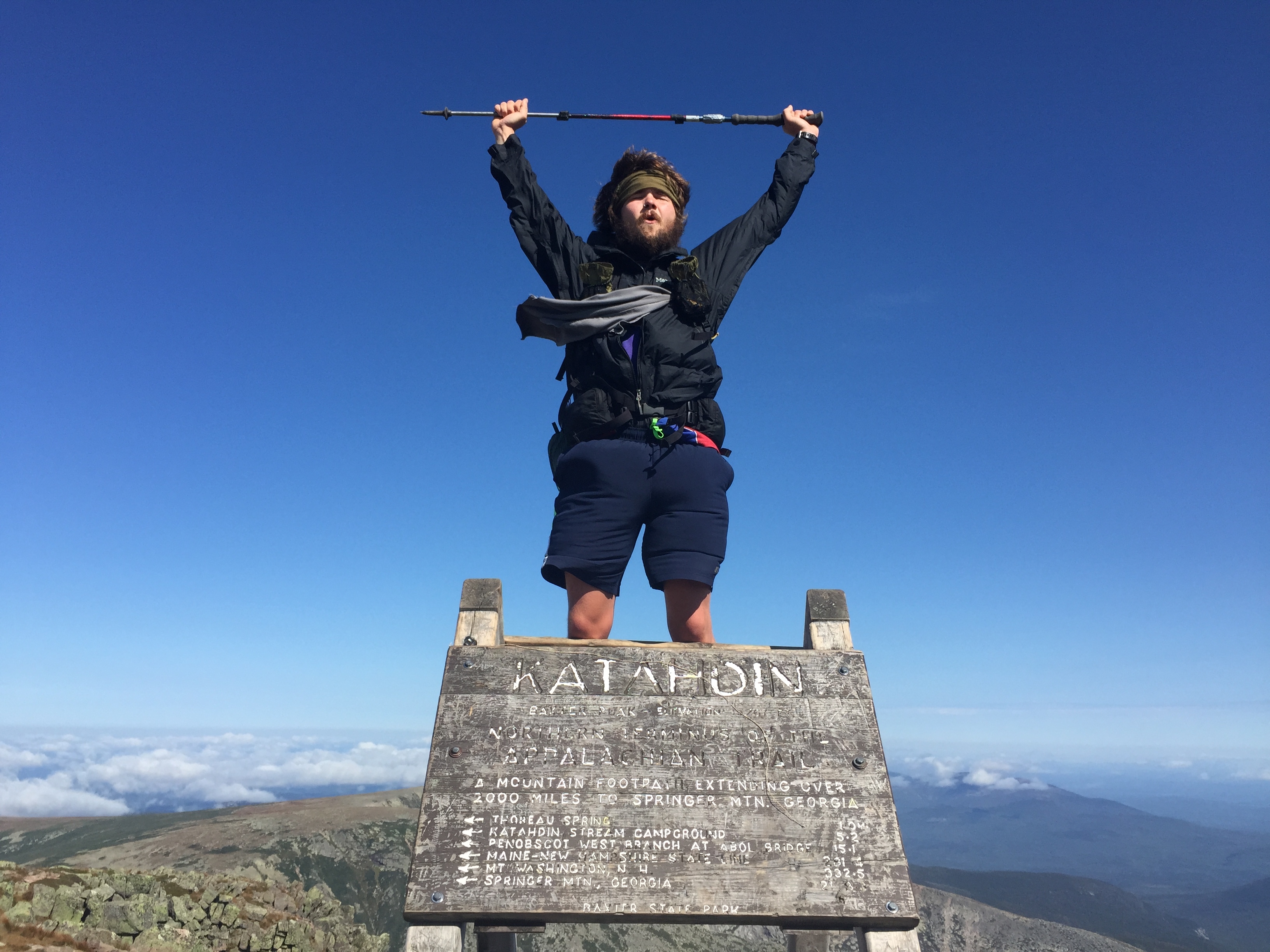 The feelings of doubt, confusion and fear don’t go away because you’ve already thru-hiked once before. Maybe I got lucky the first time round and avoided a serious injury, maybe that raw hunger that got me through a first Thru-Hike isn’t as strong the second time round. There are are so many “what if’s” you could drive your self crazy thinking about them.

The CDT has it’s own set of challenges that make it a hard undertaking, experience helps but nothing is guaranteed.

I just turned thirty (Dum Dum Dum…) People older than me are probably saying “Just you wait” and people younger saying “yeah yeah whatever”. I noticed about a year ago that my body just does not recover from hard workouts or minor injuries like It used to in my early twenties, it’s a fact of life and one I wasn’t willing to accept at first. I now try to train smarter and provide optimal conditions for recovery.

After the Appalachian trail I was looking for something physical to sink my teeth into. I found Brazilian Jiu Jitsu. I’ve been training BJJ for about 15 months and it’s already taken a toll. Anyone that’s trained BJJ knows that small injuries are common and bigger ones aren’t uncommon. The thing with BJJ is that it’s so damn fun and highly addictive, not to mention the awesome bond that forms amongst training partners. Again it’s about training smart, allowing for recovery and learning when to say no. 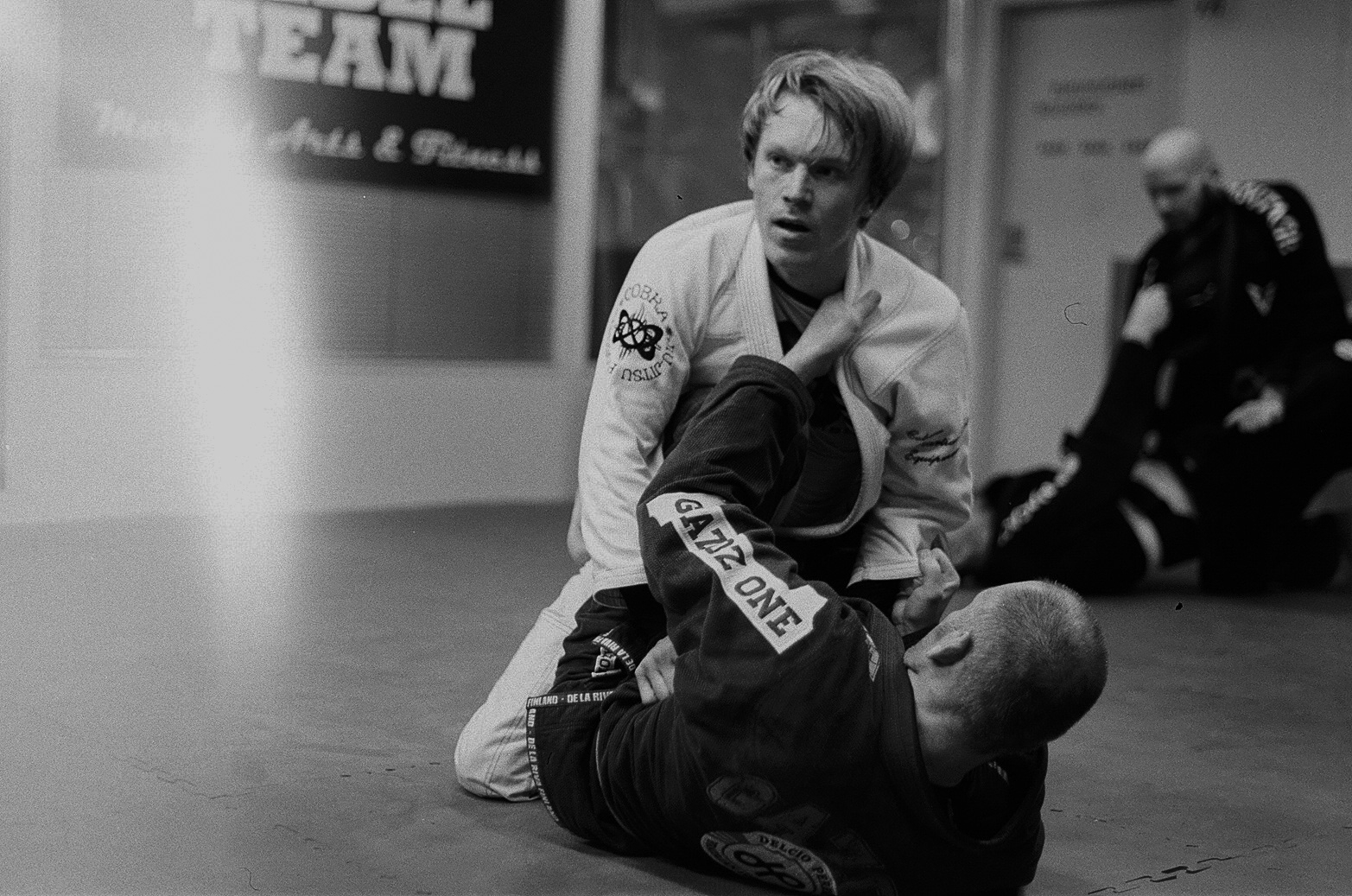 My ankle has never been the same after the AT, so much so that my doctor recommended surgery. Apparently I have two extra bones in my ankle that most people don’t have. It’s not super rare and it doesn’t cause most people problems. Most people don’t decide to go hike for 6 months though. The doctor said I should be Ok to hike but that surgery will be necessary when I come back. Guess what else he said? Train smart, rest, stretch. See a pattern?

Im working on an extensive gear list for the CDT but I still don’t have some of the gear I’ll be using on the hike so I’ll release that post at some later date.

I can talk a little about gear differences between the CDT and AT.

My Pack Is Getting Heavier, Not Lighter, Sad Face

You’d think that as time goes on and gear gets lighter I’d be lightening up my back. Unfortunately not. If you read my post 10 Tips to Reduce the Weight of Your Backpack, you’ll see Point II says “Take less Stuff”. I’m doing the opposite. It’s all camera gear. I’ve really fallen in love with photography since the AT so I’ll be carrying a mirrorless camera and a couple of lenses. 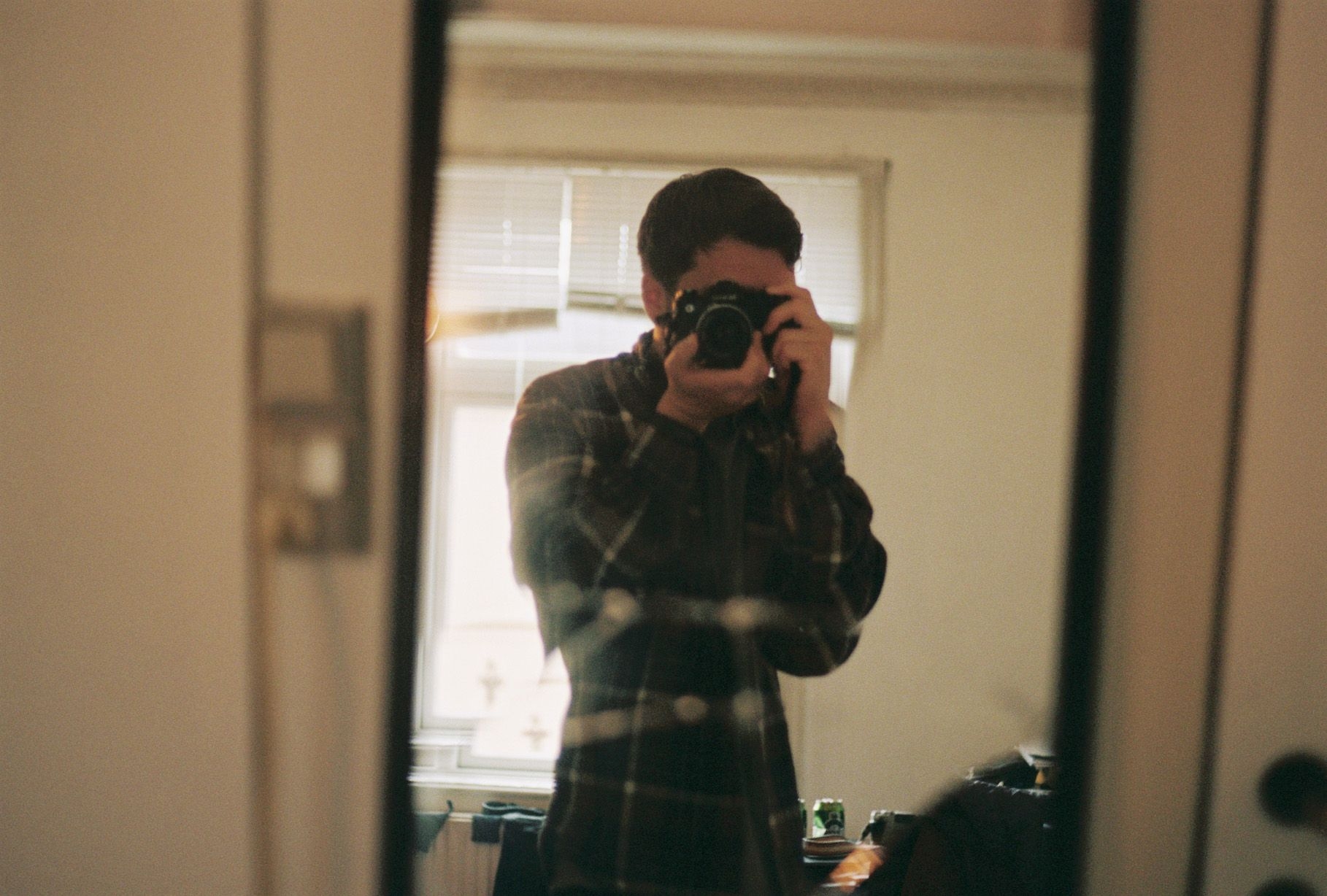 Fortunately with experience and the right gear choices I’m able to keep my pack weight as low as possible. I’m also micro analysing every last piece of gear to see if I can cut it down, lighten it up or dump it completely.

I was able to get out and walk a lot more in prep for the AT. I’d say I averaged about seven hours of walking a week alongside all my regular gym workouts before the AT. Most of this walking was done on the way home from my place of work, a journey of about two and a half hours. This long walk home first thing in the morning was great mental training, as work finished I’d get straight out the door into the cold Finnish winters and get walking, sometime in temperatures well below freezing.

Unfortunately my busy schedule this time around has left me with less time to get out on long walks. I get out and walk for an hour or so a few times a week and have been keeping up with my Brazilian Jiu Jitsu and Yoga practice. All of these are greatly contributing to a stronger healthier body but nothing can beat time spent crushing out some miles with a heavy backpack on.

Maxing and relaxing was pretty much the order of the day on the AT. Over the entire course of the AT I think we averaged out about 15 miles a day and we took WAY too many zeroes. We’ll be averaging 25 miles a day over the course of the trip and taking a minimum amount of zero days.

There are a few reasons for this:

I’m preparing myself mentally for the challenge, knowing what i’m getting myself into by reading about other people’s adventures. That helps me get excited about the trail and see that other people are having similar emotions.

No Vlogging From The Trail This Time, But I’ll Be Blogging Here On The Trek

In 2015 I vlogged from the AT using my smartphone, I did it for my own memories but I had quite a few people follow along on Youtube. Reliable Wifi is going to be hard to find on the CDT so I won’t be uploading videos but I’m aiming to release a blog every few weeks and will be using my Instagram to share photos from the trail.

So that’s some of my observations on the differences between the AT and CDT and my own personal circumstances. Thanks for reading!