Danger (And The Fear Of It) On The Appalachian Trail

“Are you bringing a gun?”

“A gun?! I’ve never even shot a gun! Why does everyone think I should carry a gun?! I can barely pick up my pack as is, why would I load it down with few more pounds of something I would never use?!”

As I prepared to thru hike the Appalachian Trail, this was the first thing EVERYONE wanted to know and I always thought it was so absurd. Ok, so to be honest there were times I wish I had a gun. I would have shot my hiking partner so many times on those really rough days, but then I would have quit on all those same rough days because he wasn’t there to tell a stupid joke that both annoyed me to no end and also got me to Katahdin. 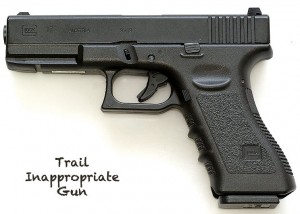 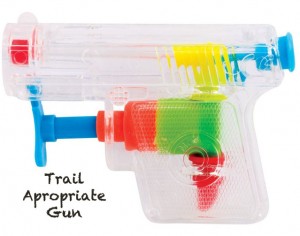 Danger on the trail is one of the biggest concerns for the important people in the lives of thru hikers. I mean, come on, living in the woods with wild animals and strangers is the very definition of dangerous, right? I understood that my friends and family and even the strangers asking me this question were simply concerned for my safety. It is human nature to fear what we are unfamiliar with. Whether it is the people in your life or yourself that have reservations about the safety of the trail, may this be an honest look into that concern.

Dangers On The Appalachian Trail

While the Appalachian Trail is not an inherently dangerous place, there are, like all things in life, dangers you will come across. There were moments on my thru hike where I was terrified but there was never a moment where those feelings appropriately matched the situation. In other words, I psyched myself out a lot! There are many things that can happen that will create fear in you but I sensed a trend in my own hike. 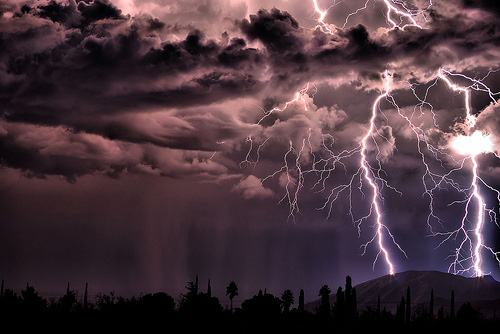 When the weather takes a turn for the worst, most of the time you are not in a good position for it. (a.k.a. anywhere lacking walls and a roof!) We all know that we are supposed to lay low, wait it out and be smart about it but rarely does a hiker do that. When it gets real bad and you’re in a terrible place for it, the fear of God gets in you and you just start running as fast as you can. Over balds in a lightening storm, leaning at a 45 degree angle into the wind. Over knife edged rock scrambles in a crazy heavy downpour, requiring exact and sure footing even on a dry day. Over the highest peaks on the AT in knee deep snow and unimaginable drifts, with frozen water, frozen clothes, frozen hair and frozen bones. By far, of all the times I thought I was going to die (except in the back of one particular pick up truck manned by Satan’s favorite speed demon) it was always because of weather. And this was mostly because of bad decisions in regards to the weather. Which leads us to… 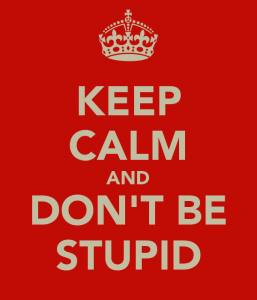 Probably the number one reason things start going belly up! Making a poor decision or a simple mistake can sometimes lead you into really bad situations. Besides all the poor weather decisions I made, I once left my wallet and phone in the back of a mini van passing through Big Island, VA. Note: There is NO REASON for you, or anyone, to EVER go into Big Island, VA. (population -249) Anyways, I was stranded in the ruler of all Podunk towns with no way to call home, buy food, get money, nothing! Engage all the bad feelings! All because I was hasty and forgetful on the hitch in to town. My fellow thru hikers had my back on food and let me borrow their phones to call home to give someone the info for canceling my cards. But… The Trail Provides. After, I finally calmed down and accepted my fate as a wayfaring nobody that didn’t live in the world of modern currency or even exist on paper anymore, the unthinkable happened. The driver of the van, which was headed nearly an hour down the road, some how spied my crinkled little Ziploc bag in the back of his van and RETURNED MY ENTIRE LIFES POSSESIONS! At least that is how I felt at the time. That is the trail at work. It smacks you around and teaches you a few good lessons but it wont snuff the life out of you.

It is a common sight in a trail town to see a line of packs leaned up outside an outfitter or restaurant. Everyone does it because it is many times required but also assumed to be safe. I would argue that it is… most of the time. I hiked with someone whose pack was stolen in Hanover, New Hampshire as he was eating inside a restaurant. It was a probable place for such a thing to happen, it being a college town. Immediately, local outfitters and citizens of Hanover stepped in to reequip him with everything needed to complete his hike. Once again, the Trail Provides, even if it knocks you down a few pegs before it does. Unfortunately, they couldn’t replace his personal items like his passport and his massively impressive and equally expensive Hasselblad digital camera. Being from Germany, he continued on, not knowing what to do about his passport and legal paperwork, but dead set on getting to Katahdin regardless. By the time he made it to the Ice Cream Man (Bill Ackerly, GO SEE HIM) a few days later, he was notified that someone had returned the pack and every single last thing was still in it. We often find reasons to not trust others and view them as a threat and sometimes when we are trusting it doesn’t work out in our favor. But this train of thought is more damaging to our hearts than it is protective of our body and belongings.

When Life Isn’t All Roses

Bad things do happen on the Appalachian Trail because it is part of the regular world. It often doesn’t feel that way, but it is true. This past season, I heard more stories than I wanted to about fatalities on the trail but I couldn’t help but notice that they most seemed either preventable or wholly unrelated to the trail. One was a report someone dying of hypothermia in the Smokies in January, dressed in very inappropriate clothing for the location and season. Another was an older hiker who simply didn’t crawl out of his tent in the morning, suffering from heart failure in his sleep.

In hearing these sorts of stories I was not concerned for myself or other hikers, only for the families and friends of these hikers. The only one that created concern of a fearful kind was the story of Inch Worm. She disappeared in Maine two weeks ahead of my group and even after weeks of combing the area with intense searches, she was never found nor heard from. Though I know this is a highly unlikely occurrence and I am still unshaken in my belief of the safety of the trail, this was a reminder that it is not immune to the bad things that life can bring. 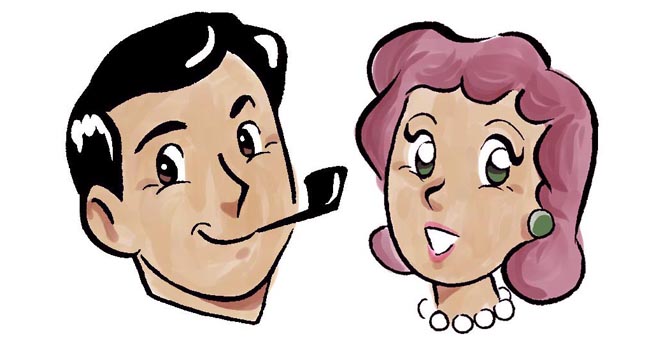 When I heard the news of Inch Worm missing, I was only a few weeks from Katahdin. I chose not to mention it to my mom because I wanted to spare her the worrying. She was fully supportive of my thru hike and her influences in my life were partially responsible for it happening but she was still my mother and therefore still prone to worrying about me as much as she could fit into a day. This is all parents of all thru hikers. They will worry for you and it is to be taken as a compliment. So help them out a little with it. Make sure they know why you’re hiking and that you’re not running away from them or the life they brought you up in. (If you are running away, the trail isn’t going to resolve or change anything for you because that’s not how problem solving works, silly.) Keep them updated. The more they know about how you’re doing, the less they will be hounding you. Even better, have them come out and meet you if they’re close enough. It will soothe them to meet the people your around most often and see how trail culture really works. Also, when you go home and your life source providing hiking partners aren’t around and you will find comfort in the friends and family that you shared the trail with as you hiked.

A thru hike, though crazy, daunting and terrifying when truly thought over, is meant to push you outside the comfortable box of life as you know it. But it is the familiar world around us that is the reason many of us choose to thru hike in the first place. To become swallowed up in the innumerable “what if’s” of the unknown world is to give up before the adventure has even begun. Don’t fall prey to the fear, my friends.