AT Hiker Found Dead in Tent Near Trail in Maine

The body of an Appalachian Trail hiker was found in his tent near the trail in Maine on Monday, Aug. 5, two days after he was reported missing by his family.

The death of Jeffrey Aylward, 63, of Plymouth, MA—known as Dusty Pilgrim on the trail—is not considered suspicious, according to a news release from the Maine Department of Inland Fisheries and Wildlife. Aylward had a recent history of health issues, the department said. 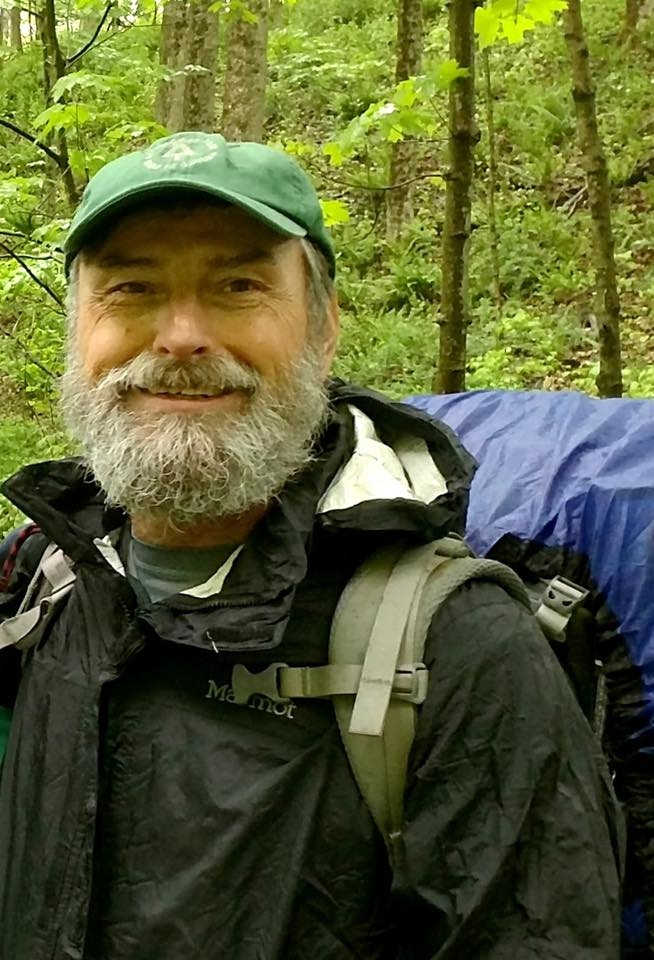 Jeffrey Aylward. Photo provided by the Maine Department of Inland Fisheries and Wildlife.

Aylward’s family reported him missing late on Saturday, Aug. 3.
Members of the Maine Warden Service hiked into shelters and sign stations along the trail to spread the word about Aylward, hoping to find hikers who many have seen or talked with him.

After hikers reported seeing a tent about 50 yards off the trail in Township D, warden Kyle Hladik went to the tent and found Aylward about 10 a.m. Monday. The tent was about two-tenths of a mile west of Route 17, near Rangeley and the popular destination known as Height of Land.

Aylward began hiking NOBO at Pinkham Notch in New Hampshire on July 1, heading for Mount Katahdin, the Northern Teminus of the AT.

Family members brought him supplies about every eight days, and became concerned after not hearing from him since a text on July 23.

The Maine Warden Service thanked the AT community and hikers in the region who helped find Aylward.