I Quit Four Days into My Thru-Hike

I hate the word quit, because it didn’t feel like I quit anything. It feels like I simply shifted course. That I got what I needed to get out of my thru-hike attempt of the Long Trail in less than four days on trail. I know there will be haters, that people will pass judgment on me for dropping out of the race so early on, but I don’t care. It’s my time not theirs, it’s my life not theirs, and I won’t let their opinions stop me from living my life how I want to.

I didn’t follow all of the “rules” of quitting on a thru-hike because I did quit on an uphill. But, it had been a good day prior to deciding to get off-trail. So what lead to my decision to quit on only the fourth day of my thru-hike? Well, there were many reasons but the main one was that I realized as I was ascending the trail out of Devil’s Gulch that everything I was really excited to do this summer happened after I finished my thru-hike. I realized my hike had become something standing in the way of what I really wanted to do.

I finished work on Monday and started my thru-hike Friday, excited to simply get into the woods. It wasn’t necessarily that I was excited about doing a thru-hike, I was just excited to be out alone in the woods. In fact, the entire first day on trail was perfect. I didn’t see a single person, I stayed in my tent, and even got to fall into a mud pit trying to get my water. 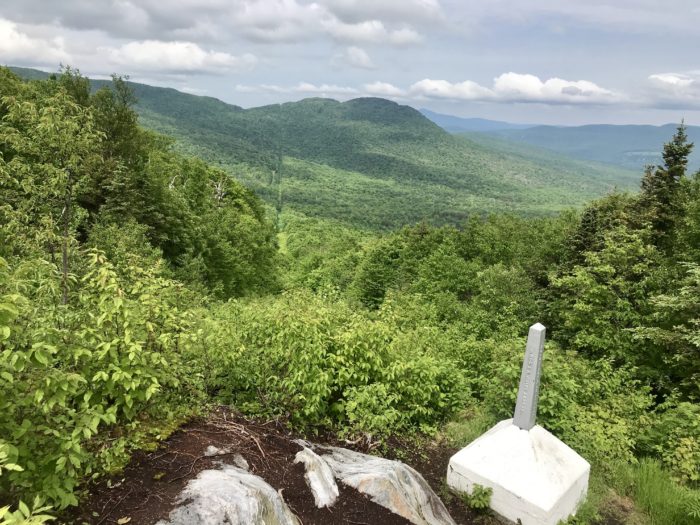 The Northern Terminus. (And I even got to witness a border patrol helicopter fly over!) 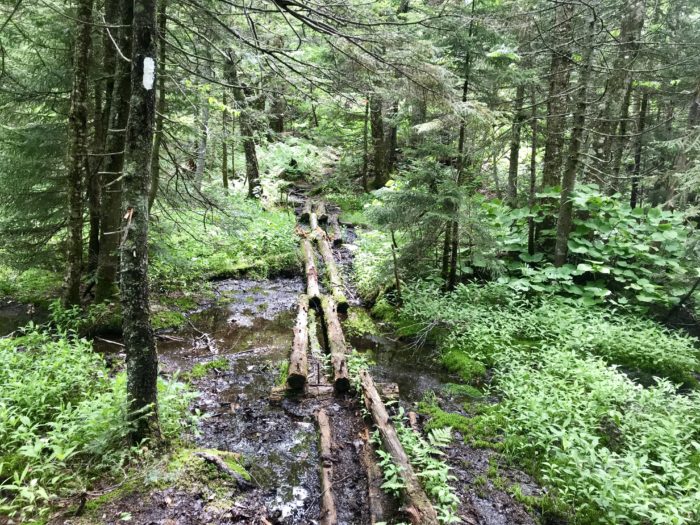 This is nothing compared to the mud I encountered on day two.

The following day was, in a word, miserable. I’m talking I actually cried on-trail. There were relentless ups and downs over six named peaks and never-ending mud pits. What would normally take me eight hours to complete ended up taking me ten. I stumbled into camp after a nonstop, ten-hour day, completing only 14.5 miles of trail. It felt defeating. It made me realize that either the mileage on the map was off or I was slower than normal on this trail. I’m still convinced the map is off.  There were a few people at camp and we talked a bit about how tough the past few miles had been. Then, I went to bed. 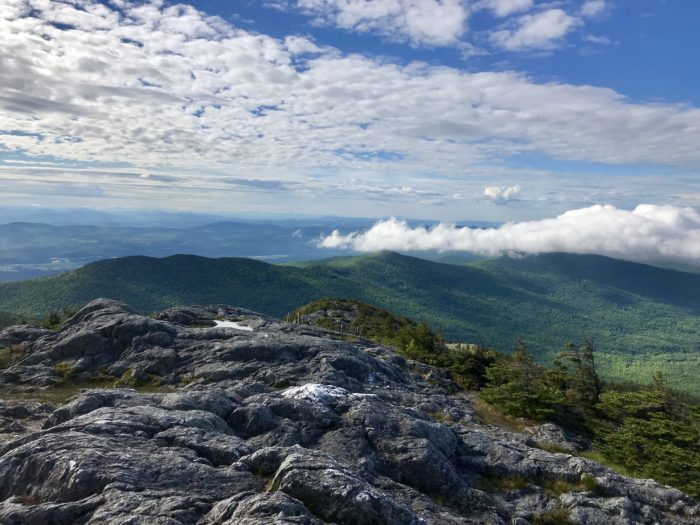 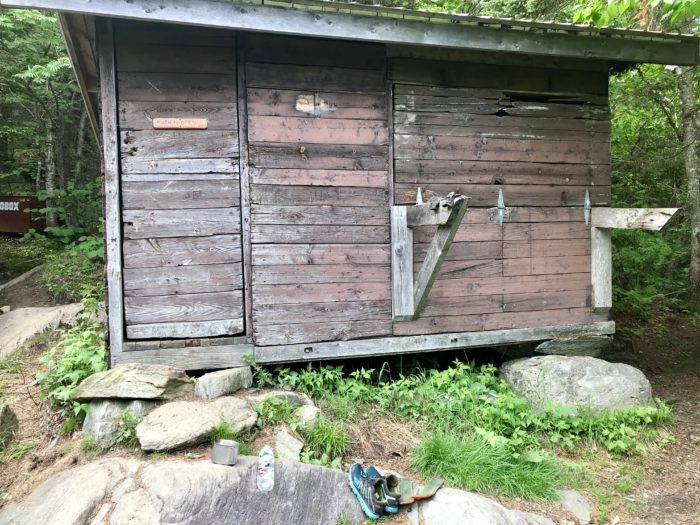 The camp I stayed at on night two.

It was inevitable and I made the decision that no matter what my original plan was I had to slow down or I wouldn’t finish the trail. Day three, I resolved to do just that. I took my time. I only did 8.5 miles and I rolled into camp at 12:30 to end my day. It was awesome. I wrote in my trail journal, I sat and just absorbed my surroundings, I spent hours in the quiet with nothing but the sound of the breeze through the trees. It felt like I wanted the trail to feel the whole time. But I knew that at this pace, I wouldn’t be able to complete the trail in even close to 21 days. Regardless, I went to bed that night fully intending on pushing on the next day. 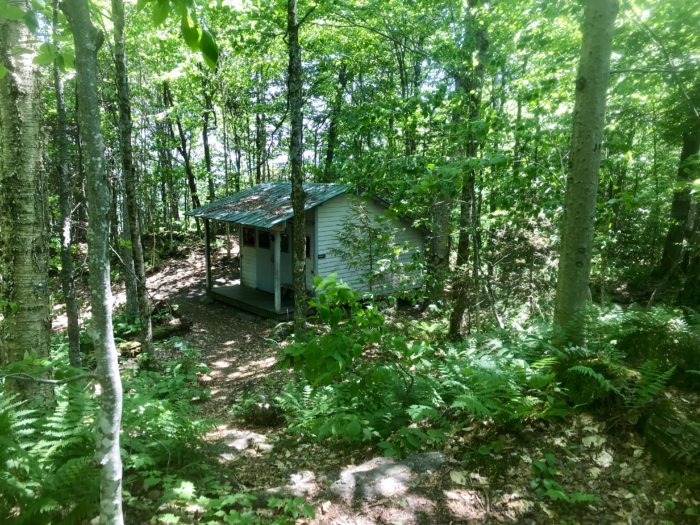 The camp my final night on trail was awesome. 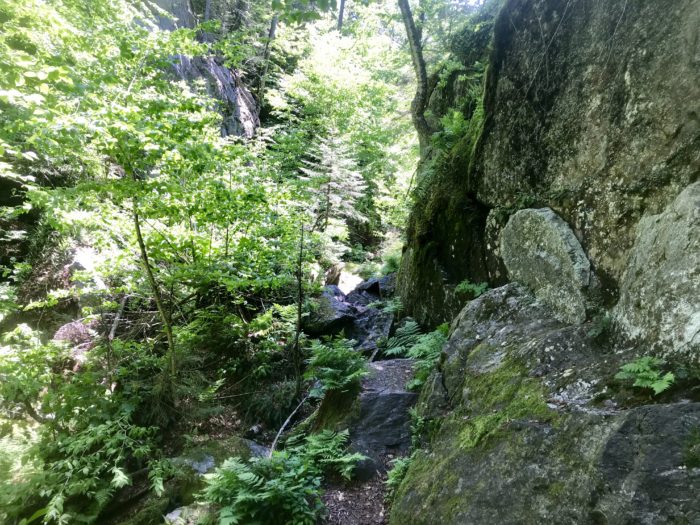 Devil’s Gulch, which is apparently the “trail.”

I woke up early, 5 a.m. early, and got up to start the day. There were other people in the shelter so I went out to the picnic bench to get ready. The weather felt warmer than the day before and the breeze was gone, but it was sunny and a perfect day for hiking. But I just felt off. I ate my Pop-Tart and sighed as I threw on my pack to start my day. I knew there would be an uphill right out of camp but it was a steep uphill. A sucky uphill. And the whole time, I just kept thinking about my ultimate goal was to get to town. My mind had shifted from day one so entirely in the opposite direction from wanting to be alone in the wilderness to wanting to get back to people. 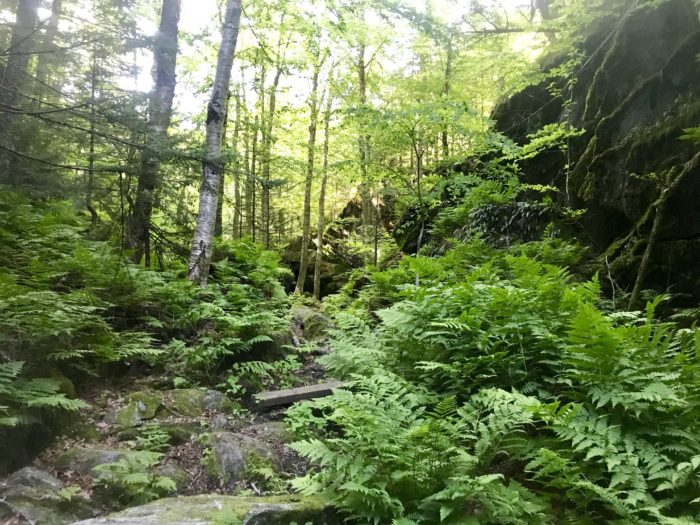 Back through Devil’s Gulch the next morning.

The Moment I Quit

It was in that moment when I realized that this was not what I wanted my thru-hike to be like. In fact, I realized I don’t even want to be a thru-hiker at all if this is what it’s like. What I love most about spending time in nature is that I want to be out there. I’m not forcing myself to stay out there because I feel obligated to be in the woods, as though it’s my job. I go out there, spend as long as I want in the woods, and then come home. In fact, on many occasions as I’m heading back home I wish I could’ve spent more time in the woods. On day four of my hike, this was not the case. My entire mind-set had shifted and I didn’t like it.

Going to the woods has never been a job for me before. I’ve never felt obligated to continue on a hike when I wanted to turn around, and I’ve turned around on probably a dozen hikes because it just didn’t feel right to continue. So it just felt right, natural, and completely OK to me to turn around on day four when I realized I had got what I needed to get out of this hike. Originally I didn’t set out to do this hike because I felt like I needed to prove myself to anyone; I set out to spend as much time as I needed in nature and to be completely immersed in the wilderness. I set off on this hike to break from all of the noise and get away from everything for as long as I needed to. When I originally planned the hike, it felt like I needed a month away to clear my mind. I guess I only needed a few days.

I believe the hardest part for many thru-hikers about quitting is feeling like you’ve let everyone around you down by not making it to the finish line. You spend months or even years planning for this thing and then to not make it to the end, especially if it’s not because of an injury/illness, seems like a failure.

I don’t feel like I have quit or failed because I didn’t make it to the end. In fact, I believe that if I had kept going I would’ve been more unhappy and less proud of myself than I feel having called it quits. To say that I did a full thru-hike would have been for everyone else but me. It’s hard not to get wrapped in the idea of needing to finish, though, even when you’re miserable. 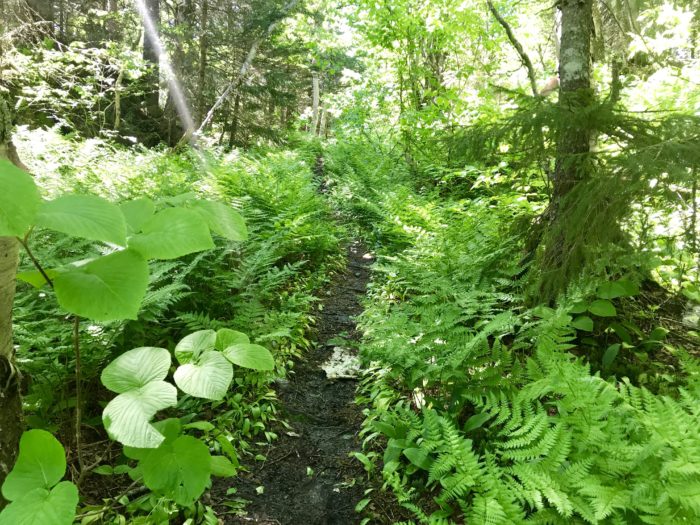 The Green Mountains are green.

Looking Back on Pre-Trail Decisions

When I set out to do this hike, in the first post I composed announcing my thru-hike intentions, I never compiled a “why I’m hiking” list. Instead, I simply stated the following:

In the subsequent posts going over gear and reflecting on pre-trail injuries I realize that my reason for hiking shifted. It was no longer about getting out there and being in nature, it had become about proving myself, yet again, to everyone else that I can thru-hike too. I realize now that I got so wrapped up in the idea of being a thru-hiker I lost sight of the fact that even as a weekend warrior I do some pretty epic stuff. That being a thru-hiker isn’t the only option and there are many, many people I look up to that are not thru-hikers but do some incredible things in the mountains every weekend (or weekday after work). 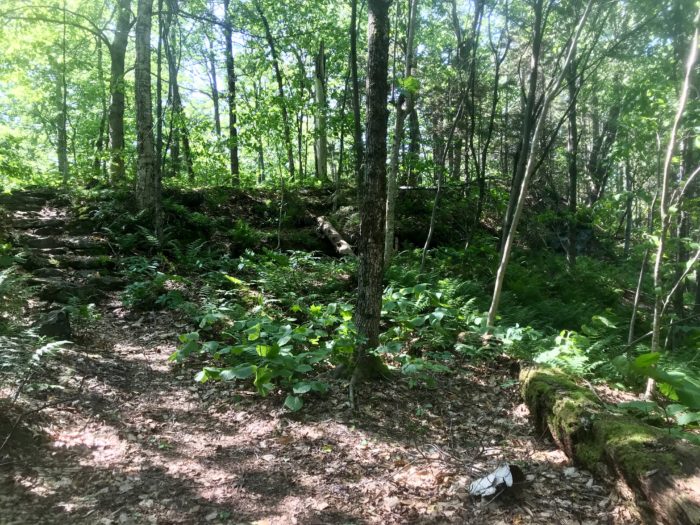 The last night on trail, and just complete silence and beauty.

Where I Go From Here

As I made my descent, when I made my decision to quit my thru-hike, I felt a huge weight lift off my shoulders. It felt like a million opportunities opened up to me with that one text message saying I was done. It felt awesome to just walk for the sake of walking again. To be able to take the trail that didn’t have white blazes on it back to Route 118 for my ride home. I wasn’t being funneled down a path that I didn’t feel fit me, I wasn’t conforming to what was expected, instead I was blazing my own path.

So what’s next now that I have three more weeks of free time in my summer? Everything and anything. There are so many options open to me now that I’m not hiking the Long Trail that I almost don’t even know where to start. I think I may head south and check out the Southern Terminus of the Long Trail, just to see what it’s like, among other things. What I do know is that I’m completely and utterly happy with my decision to get off-trail. It was probably the best decision I’ve made in all the years I’ve spent hiking. So here’s to all the other quitters out there, all the other people who made the tough decision to stop following the blazes because that wasn’t your path. What I am finally starting to learn is the path is made in the walking, not in the following. 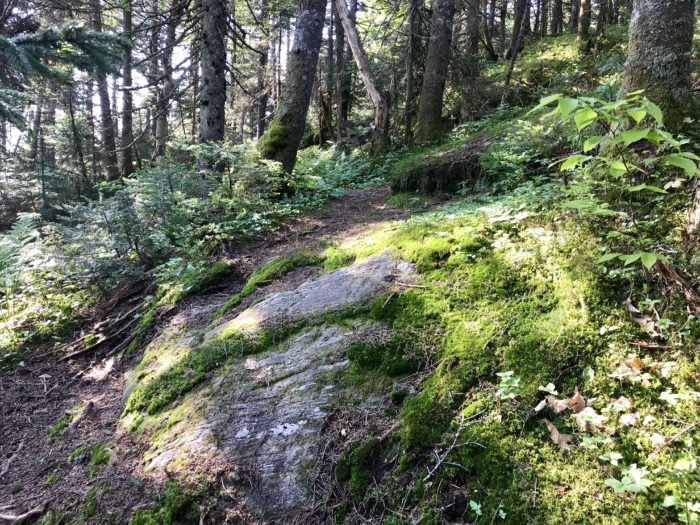