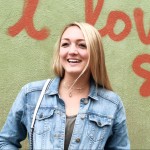 Shakedown on the Skyway Loop to Prep for the PCT

After doing a couple of shakedown hikes (the most helpful being the Skyway Loop in Alabama), I’ve realized why they are so important as prep for a Pacific Crest Trail thru-hike. 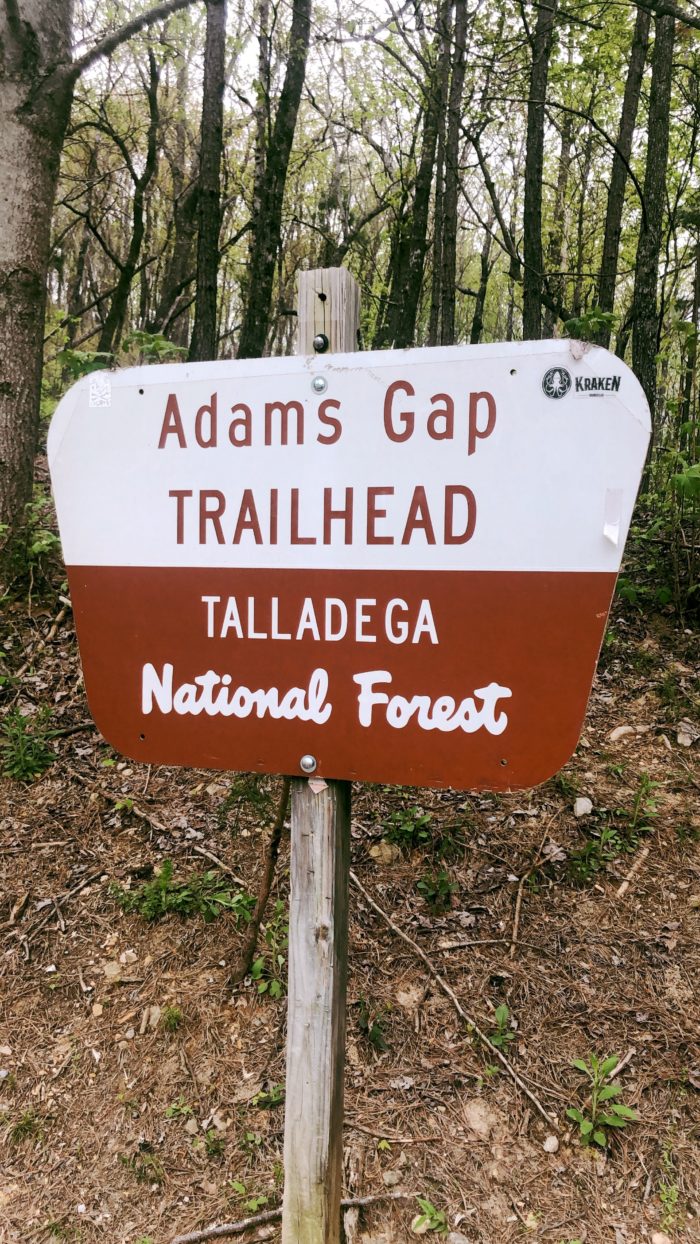 Some of you more seasoned backpackers might read this post and immediately think “well, duh,” but this blog isn’t for you. I’m writing this for all of my fellow newbies out there who are just getting into backpacking. Like me, you might initially have thought watching a lot of YouTube videos would be a suitable way to get your backpacking knowledge up to par for a thru-hike. Having to keep a full-time job up until a week before a PCT thru-hike limits availability to do shakedown hikes—but I did make the time and realized why it is SO important. I’m writing this in hopes that the tales of my trials and tribulations on my first couple of shakedowns will motivate some thru-hike hopefuls to take their pursuits off the screen and into the woods. Ultimately, my shakedown hikes gave me the confidence that I could really make this whole thru-hiking thing happen, because of the things I learned along the way.

I know this fundamentally goes against everything we learned as second-graders and that strangers’ promises of free candy usually only mean roofies—but I’ve found that hikers are a lot friendlier than the creepy men driving white windowless vans. Recently, while hiking in Alabama, a man approached me while I was eating lunch next to a waterfall to let me know it might hail that evening. Last time I checked, the weather forecast said it wasn’t even supposed to storm until the next morning (weather changes fast and is unpredictable as hell in Alabama). Thanks to him, I made the decision to hurry and finish my hike a day early to avoid getting caught in a hailstorm with just my tent as shelter. I’ve also met PCT veterans who have offered kind words of encouragement along with sage advice, and thru-hikers who gave me great food tips (like peanut butter between Pop-Tarts, yum).

(And don’t forget to ask their names.)

I also want to highlight one of my favorite interactions on trail to date. Shortly after being informed of the impending hailstorm in Alabama, I passed two women taking a break by a shelter on the trail (I feel like it’s worth noting that these were the only women I’d see without men on the loop I was doing—almost every other group I passed was all or mostly male). We started talking and I ended up telling them about my PCT hike. They were incredibly supportive and so kind, and before I knew it one of them asked if they could give me something. She then took a bracelet (off of her own wrist) and put it on mine. It had a Dutch saying on it that means “blessed journey.” This won’t surprise those who know me, but for those who don’t I’m a sap and when I walked away that shit had me in tears. I fully intend to wear it all the way to Canada to remind me of the possibilities that can come when you’re open to friendly people that you don’t know. That also brings me to another point about talking to strangers: Don’t forget to ask their names. I was so disappointed when I realized I forgot to ask (but she said she reads The Trek, so if this was you and you’re reading this hello and thank you so much!). 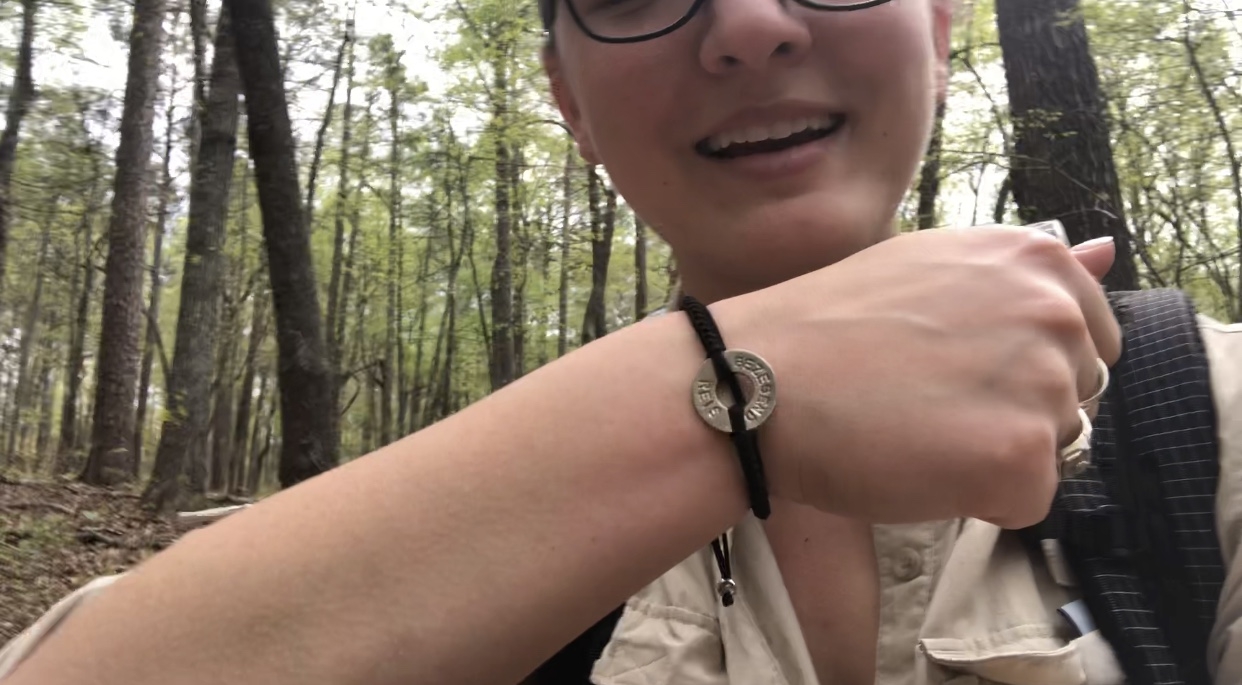 Test your gear (yes, it is really that important).

I haven’t started my thru-hike yet, but I’d imagine it’s much easier to deal with gear changes when you can drive to your local REI than it is when you have to rely on trail post offices and limited hours. Dead set on my Therm-A-Rest Neoair, I didn’t think the crinkling sound everyone seemed to complain about would bother me, but it did. I switched it out for a Zlite Sol and love it. It’s not as cushy, but I also don’t slide right off every time I flip over in my sleep. Testing my gear also gave me the confidence that I knew how to actually use it. During one of my shakedowns it rained and my rain fly actually kept the water out (go me, I can actually pitch my tent properly). I also still haven’t gotten Giardia; most of the kudos on this one go to my Sawyer Mini.

Be prepared for navigational challenges.

My most recent hike was on the Skyway Loop in Alabama. I had downloaded some maps with waypoints beforehand, thinking that would be ample preparation for my weekend venture. I quickly learned that even having laid out waypoints on a blazed trail doesn’t guarantee that it’ll always be obvious where to go. There were many times during my hike that I followed what I thought was the trail only to realize it had disappeared. I’d have to turn around, figure out where I went wrong, and where to go next. There were huge rock scrambles that had no clear path at all, just blazes that were few and far between. There were also several instances where I’d come across what I would consider a notable waypoint, that wasn’t included in the maps I was using—leading me to question if I’d taken a wrong turn somewhere. Moral of this story—try to get out on some not so well-maintained trails and see if you can still navigate successfully. It will give you the confidence you’re most likely craving to pursue a thru-hike with ample backcountry navigational challenges. 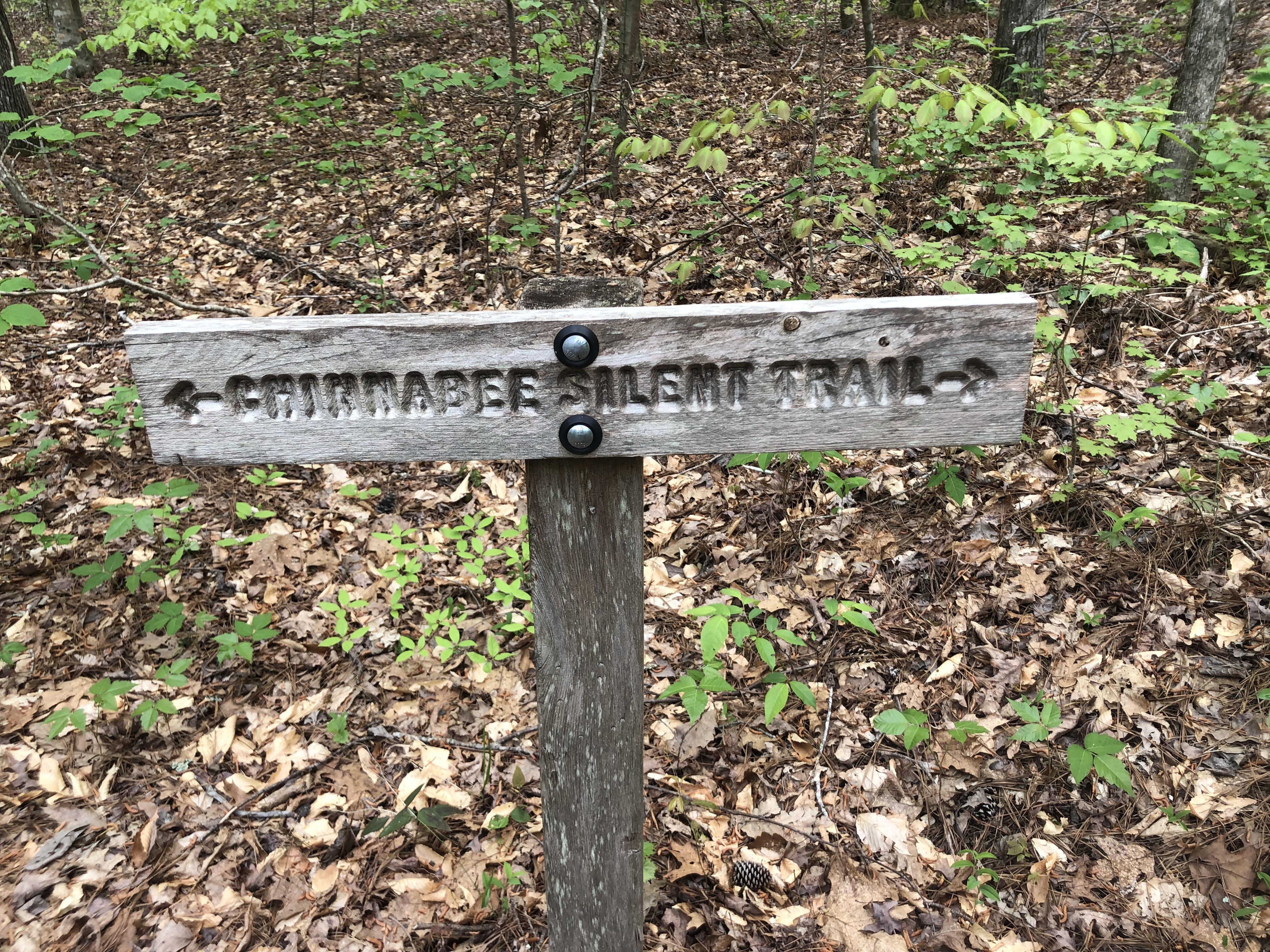 Before my shakedown hikes, I’d never camped alone before. Even when I had ventured out alone, I was accompanied by lots of other backpackers at shelters along the way. It wasn’t until I did the loop in Alabama that I was completely alone at camp for a night. You certainly can start a thru-hike without ever camping alone, but chances are that at some point you’ll have to. After having doing it once now, I feel confident that I could do it again. I’d rather have that experience already than panic when it happens unexpectedly on the PCT. There are also perks to camping alone, like not having to hide behind lots of bushes to pee and being able to belt out Billie Eilish when you’re feeling like a badass.

Figure out what you actually want to eat (granola bars are nice in theory, but I also kind of hate them).

On my first hike I packed a lot of food I didn’t even touch, including, but not limited to: coffee packets, oatmeal, Pop-Tarts, and granola bars. I also ate and wanted more: turkey jerky, roasted chickpeas, Lara bars, and ramen. Testing out your diet beforehand will give you a better idea of the things you actually have an appetite for once you’re hiking. Obviously, that can change, but that’s also why I decided that I don’t want to have all my resupplies planned a head of time. Right now, my plan is to buy food when I get into town, not plan every stretch. This way, I hopefully won’t end up with a ton of food I think sounds great now, and won’t touch once I’m on trail (though I suppose when hiker hunger hits, I’ll eat anything). I also discovered I don’t have the patience to cook breakfast, and love cooking dinner. So, no more oatmeal for me, but lots of ramen and instant potatoes.

Get used to cameling up and checking water sources.

I made the mistake of not knowing where my water sources were on my first shakedown hike. Luckily, I was on the AT, which is a very wet trail; however, I did pass up a water source and regretted it when I didn’t pass another for several hours and started to run low. I’ve also filled up at semi-questionable sources—not realizing there was a better one just five minutes up the trail.

Pouring over more experienced hikers’ gear lists can only get you so far. In my ultralight daydream I would never need camp shoes. In the middle of the Talladega National Forest, I wanted my shoes off and had lots of camp chores that required protection for my precious little toes. Luckily, I found these ultralight, ultracheap beauties on Amazon and I’m never looking back. Only by getting out there and doing the thing will you realize what gear will and will not work for you. 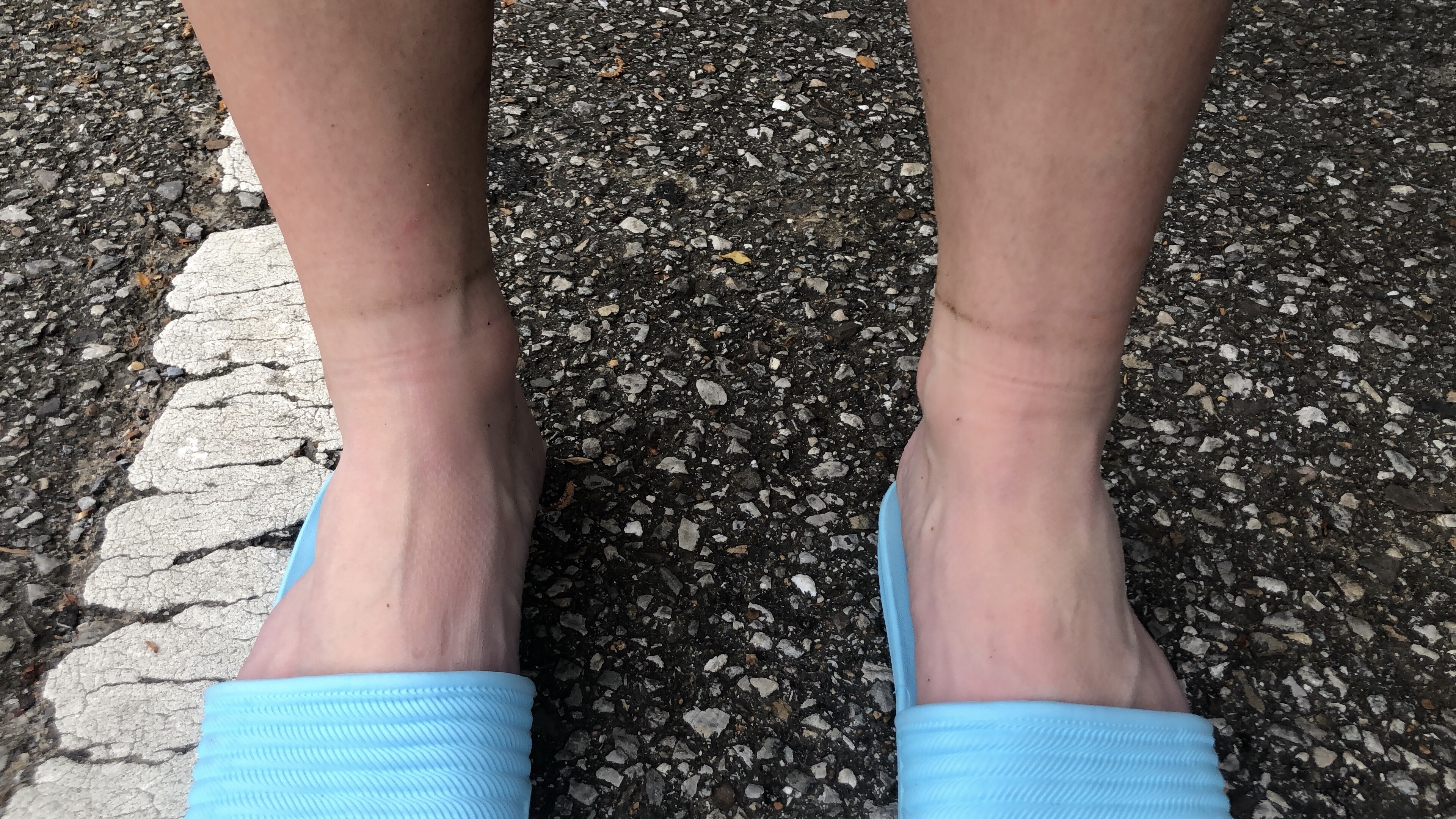 Discover what advice you want to take and what you won’t.

There is a plethora of advice on the internet (including this blog post) about thru-hiking, but ultimately the only person who knows the best way for you to hike is you (outside of LNT standards and basic safety stuff like don’t run from bears). Hike your own hike is super cliché advice, but also super important. Don’t get so overwhelmed with the conflicting advice of the PCT Facebook group warriors that you never even step outside. Just go do it, you’ll figure it out. I promise.