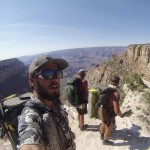 For a long time I was convinced my life would be limited to a drug-fueled furnace of destruction and despair. The self-sabotaging  behaviors and actions walked me down a road of isolation and oblivion. Drugs were a way for me to silence the “monkey mind” that constantly whispered discouraging words about who I was and what I deserved. Addiction came in seasons. Ingesting a certain substance until the desired effect no longer was sustainable, then switch to something stronger. I thought that I was condemned to a sub-societal existence, an underground community of misfits and derelicts, never to experience a life of happiness and fulfillment without a steady stream of chemicals and poison flowing through me. 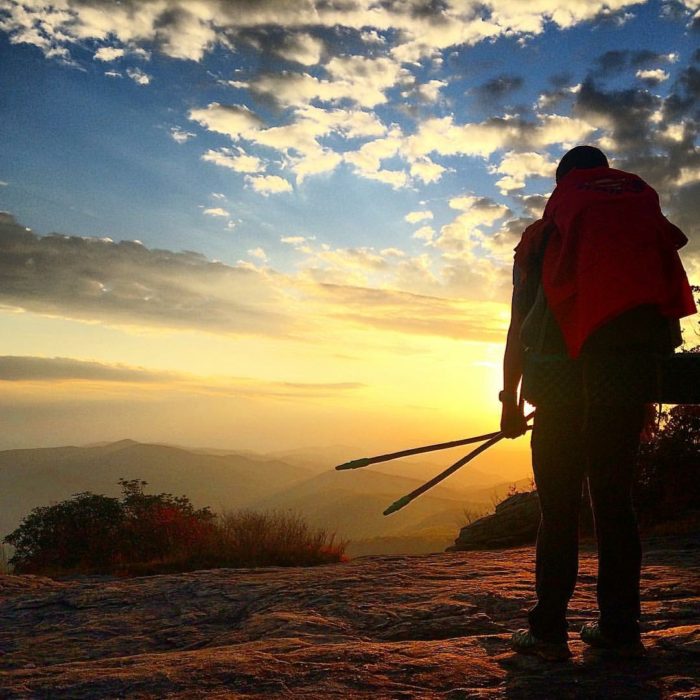 Even after going to treatment in sunny South Florida and finding recovery at 19 years old, life became stale and I knew something more was out there. Life was eons beyond what I had previously accepted as my fate, being able to form meaningful relationships and restoring those family connections that had crumbled under the weight of the constant arrests and aggressive outbursts induced by the habits I had formed. I knew there was more to this thing. The experience. I had a few years clean by the time I started yearning for change in a big way.

I was working at the treatment center that I had gone to. The feeling of connecting with the younger clients who rebelled against a chance to change, seeing them open up to the possibility of a better life gave me a sense of purpose. For two years I worked at this center, but the sentimental value was lost after the once independently owned operation sold to a corporation that seemingly no longer cared if we provided a gateway to longstanding sobriety, and cared more about the health insurance benefits of whomever walked in desperate and broken. 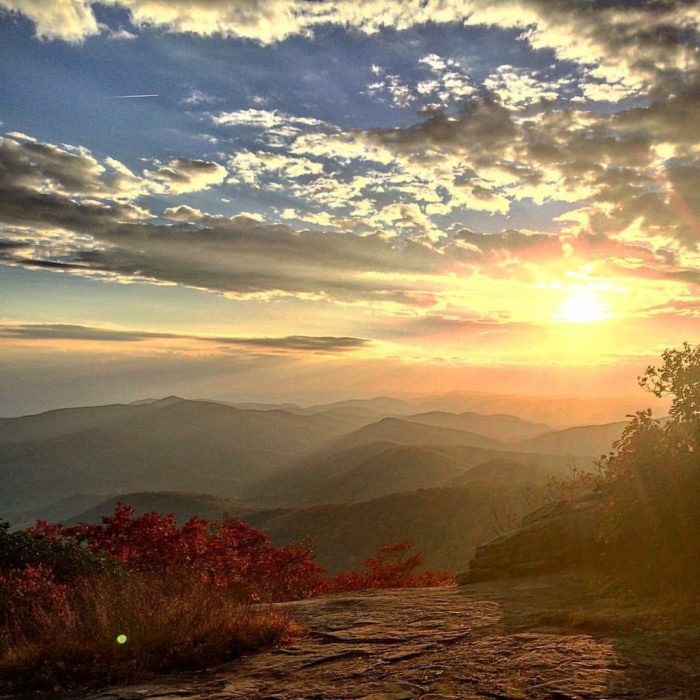 The Pacific Crest Trail (PCT) surfaced in a late night conversation with a couple of close friends. We all felt the same magnetic pull to something as drastic as a thru-hike. As we continued to talk about the planning and prep into the following months, my other friends found things more important than a walk from Mexico to Canada. One, a girlfriend, the other leased a new car with payments to be made. The realization that this trip would be one made alone became evident.

I had been planning and researching gear lists (buying too much gear) and resupply points for a month or two at that point. I had given my job notice of when I would be leaving. I told family and friends about thru-hiking and how I had never been to that part of the country. Exclaiming to anyone who cared to listen to where and what I had planned to do. 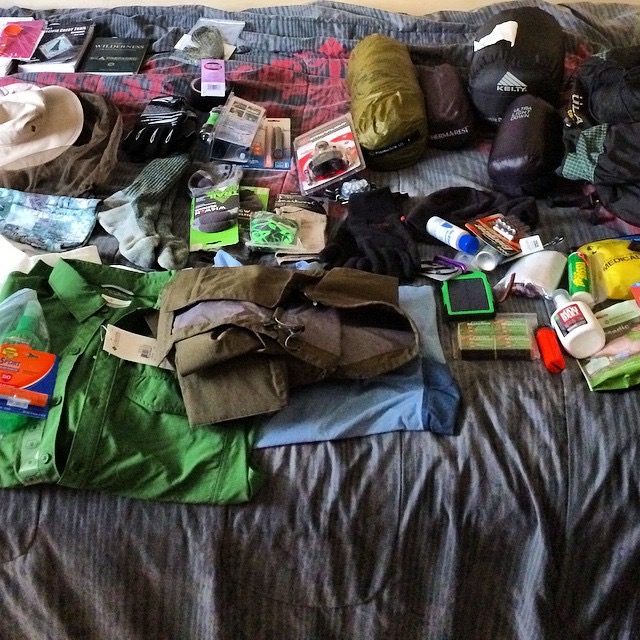 I lived in an apartment next door to a family with two young boys. One day I recall coming home in the planning stages of the hike to the two of them playing in the yard, using nothing but imagination to enact whatever scenario of an action movie they had been watching. They had no care about past mistakes they had made, or a possible mistake they may make in the future. They weren’t thinking about what they wanted to eat after they finished playing, or if the rain would roll in to end playtime early. They were just fully engaged in that moment. That was what I was after.

Fast forward the logistics and prep; something had pushed me through the doubt and projection of not knowing what to expect. I get to the Fort Lauderdale Airport on Earth Day 2015. I remember getting on the plane to San Diego and internalizing what I could only imagine lay ahead. The realization occurred that I was actually going to hike the PCT. Nervous anticipation of April 26, the day I would be leaving the Southern Terminus, left an electric current coursing through me. 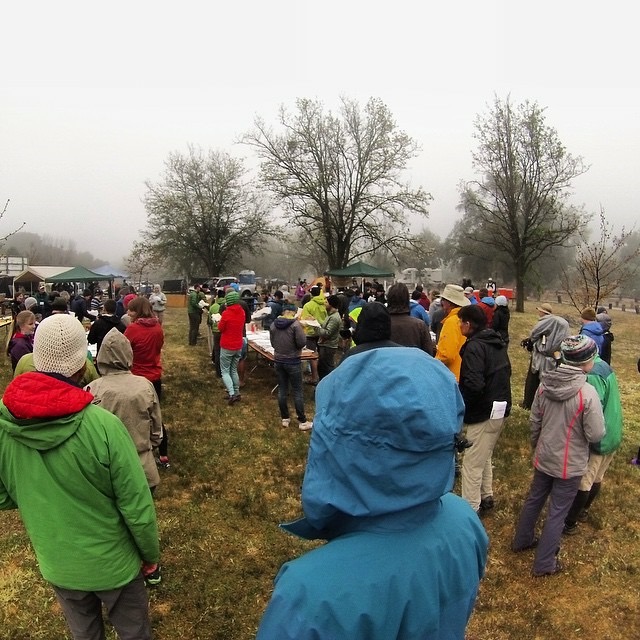 I attended and volunteered at the Annual Day Zero Pacific Crest Trail Kick Off (ADZPCTKO). The surreal feeling of being at Lake Morena, interacting with members of the PCT and distance hiking community. Elated to meet people who found the PCT as necessary as I did. The first steps on the trail that would alter my perception forever lie only days away.

Getting to the Southern Terminus on April 26, “first day of school,” anxious and unsure of how this would all work. I think the first connection between recovery and thru-hiking was relaxing into the idea that it will not go exactly as scripted. The ability to relinquish control to the forces of nature held some semblance to giving up the need for control in addiction and recovery. The realization that despite my best efforts to orchestrate happenings at the hands of nature or hands of human, I could exist with less resistance by going with the tide of things. Recovery had shown me tools that would allow me to accept the unknown. To understand that if things didn’t go according to plan, it was time for a new plan. Immediate acceptance to each unfolding moment. 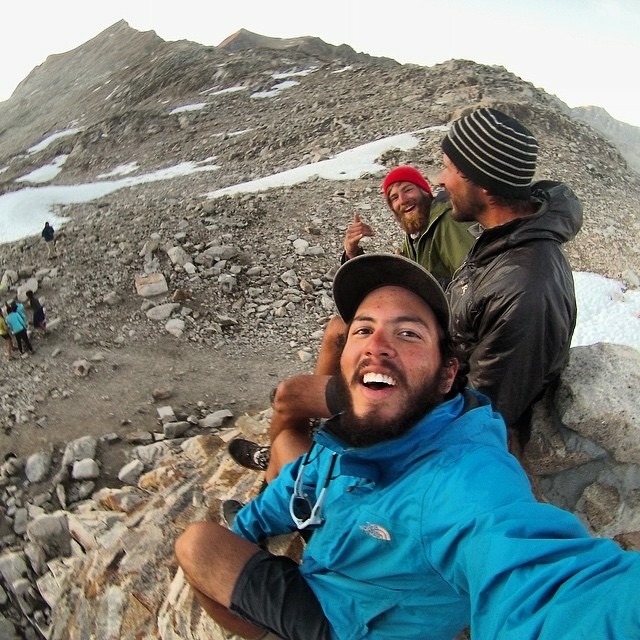 Recovery taught me how to connect with people. To look at each interaction as meaningful and purposeful. Without the distractions of cell phones and TV, truly engaging in conversation and exchanging provocative ideas became the status quo on trail.  Meeting so many interesting, compassionate, kind, creative humans from all walks of life. To see the beauty in each of them unlocked a level of recognition of those characteristics in myself. I had come out to see the cascading ridgelines and awe-inspiring vistas, but found that equally as powerful is looking within self and others. 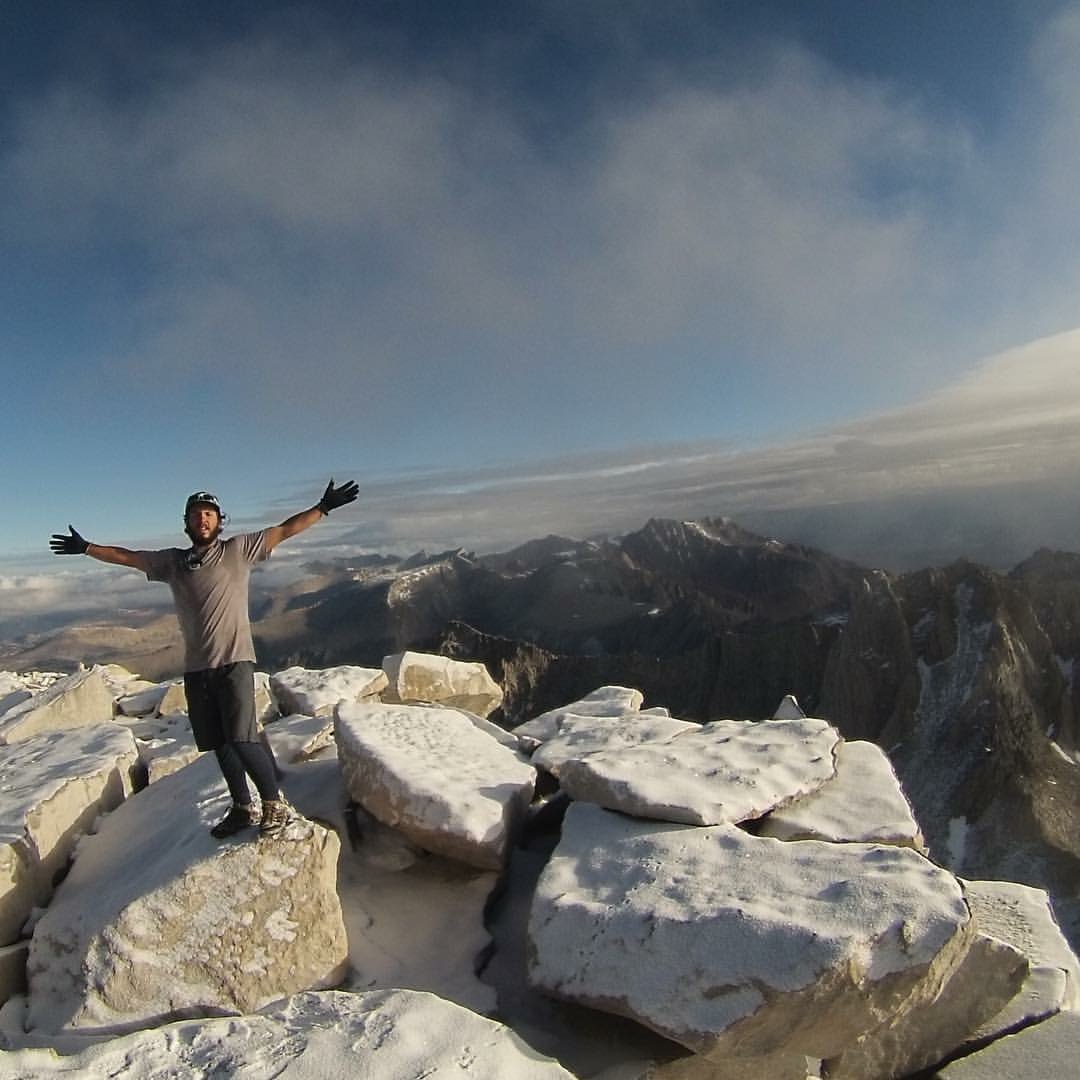 Thru-hiking  instills a level of confidence, getting after it and seeing what I am capable of. Recovery does the same, shattering the lie that I could never attain long-standing sobriety. In both instances, I think statistics stack against you. The success rate of opiate addiction recovery is disheartening. As with anything, if one puts the effort into making a long-standing change in behavior, change is attainable. Similarly, if one does the necessary prep, and exhibits a drive to walk that footpath from Mexico to Canada, the Northern Terminus is there to reward the laborious efforts to get there.

It’s always hard to try to articulate what it is that brings me out to the backcountry season after season. The PCT created a paradigm shift that has been ongoing. Recovery has taken on a whole new meaning for me. To travel and excite the possibility for more change and growth. To be moved to the point of tears by a sunset or song. Thru-hiking creates a space for vulnerability, because it alleviates the social cues that may deter a connection. We all wear the same clothes, day in and day out, with essentially the same pieces of gear. So the field for relation is already set. The backcountry strips away the objects and distractions that take away from the present moment experience as it is unlikely to have a stream of emails interrupt mountainside contemplation. 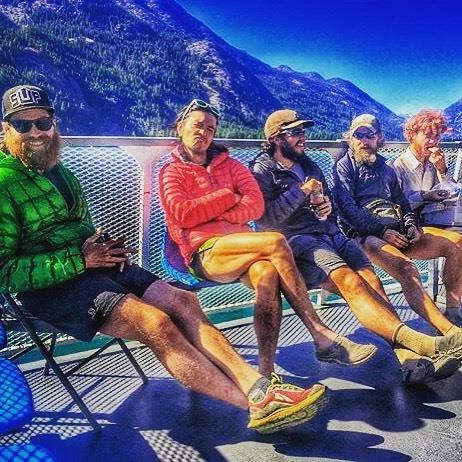 Thru-hiking has enriched my life and recovery. It deepens my understanding of importance, allowing me to see beauty in simplicity. I am always going to think that maybe the addictive part of my psyche is what allowed me to fall so deeply in love with distance hiking. But I know in terms of overall wellness, health, and mental stability, this beats all other addictions I have experienced. 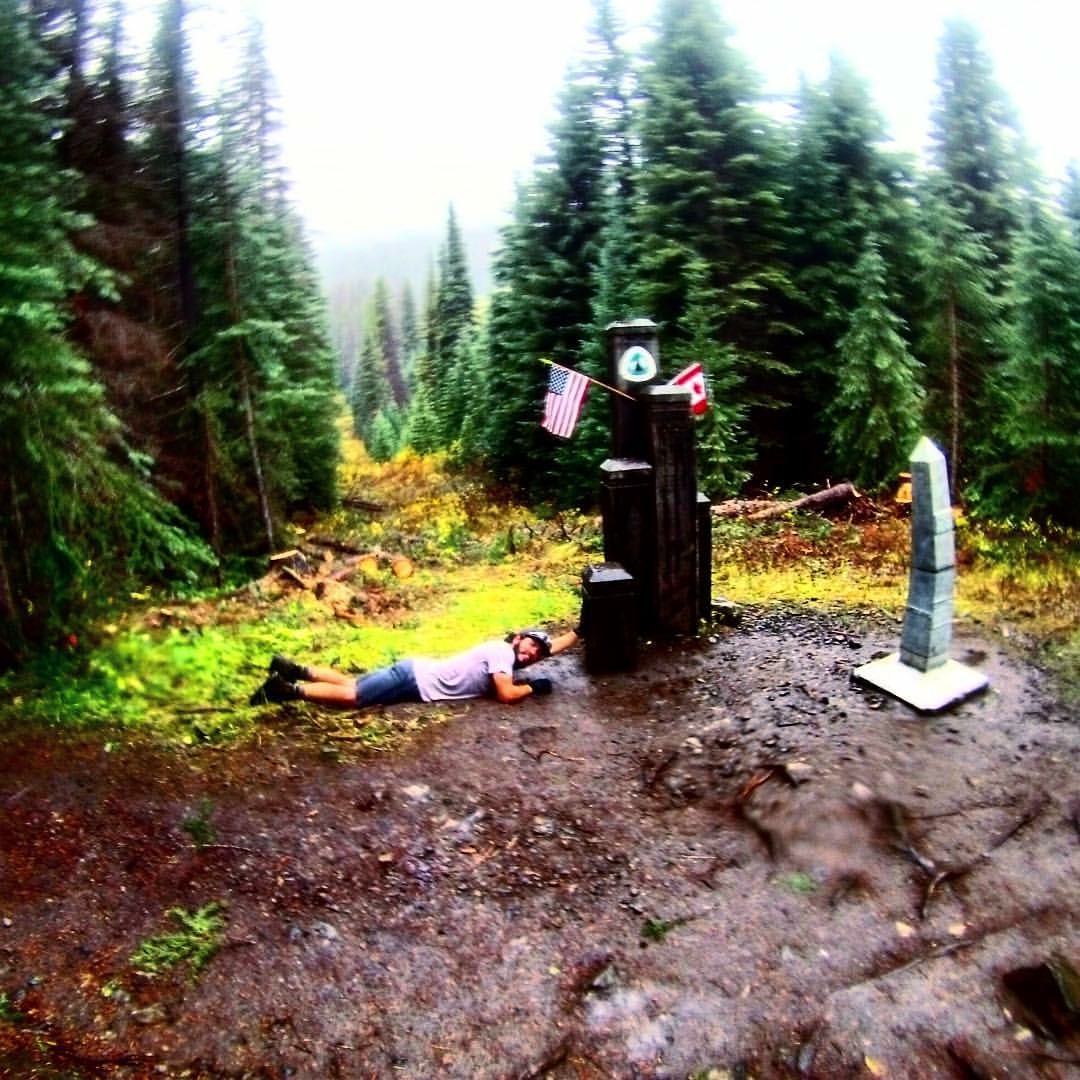 PCT 15, AZT 16, AT 17. Went out to experience the backcountry in the West and stumbled across a community of beautiful people. IG:@adamntaco