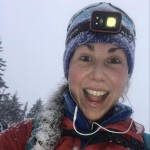 Easing into the Hobo Life After Two Weeks on Trail

Life on the Pacific Crest Trail is simple. Wake up, pack all of your belongings, and hike until you’re hungry. Snack a bit and hike, repeat until you’ve found a nice spot to camp for the night. And then do it all over again, day after day. The simplicity is calming and never seems monotonous.

Each day, my system of packing gets more efficient. Despite long water carries and a hefty food bag, I am getting more skilled at stuffing my worldly possessions in a 40 liter pack—and am now able to close it! My only concerns throughout the day are finding shade from the sun and making sure I have enough water to get to the next water source, along with walking.

The Pacific Crest Trail is full of ridge walks and winding switchbacks. Every day presents a new challenge—it’s just a matter of walking through it. Hiking out of Idyllwild with five liters of water and five days worth of food along with 5,000 feet of elevation gain over nine miles has been the toughest day on trail so far. By putting one foot in front of the other and turning off my brain, I found myself above the clouds looking over an endless sea. Stumbling into camp just before sunset was a relief, but the climb wasn’t over.

The following morning, my alarm sounded at 3:30 a.m. By 4 a.m., the five dudes I hiked out of town with and I convened to summit San Jacinto (one of the tallest mountains in Southern California at 10,800 feet). The sun began to peek out behind the horizon just as we reached the final ridge. As we reached the summit, the warmth of the sun began to stretch over the mountains, but the wind chill was still frigid. Like any good hiker trash, we cracked open our summit beers and took in the the sunrise.

After cresting 10,800 feet the descent to desert floor began, leaving the conifers behind. At the base of the San Jacinto range, I was greeted with warm winds and a sandy trail. The I-10 freeway was growing larger and larger with each step I took. Three miles later, the underpass came into view. I was greeted by two other hikers, Case and Idaho, who mentioned there was a cooler full of cold drinks and fresh doughnuts. Naturally, I threw my pack down and went running for the donuts. Carpe doughnut! After a long siesta under the overpass, I collected my pack and was on my way.

Later that day, about a mile out from my proposed campsite, I was jerked out of my flow after hearing a rattle. Immediately I spotted a coiled rattlesnake on the side of the trail and backtracked out of the line of fire. Expecting the snake to move, I waited and waited, but there was still no movement. After several minutes, the snake didn’t show signs of moving. Eventually I made my way around it. When I turned back, it was still chilling in the same spot like an angry troll under a bridge.

Camp for the night was an oasis from the desert; sleeping under large oak trees with a flowing creek beside me. After being in the desert for two weeks, the sound of flowing water is very calming.

The following day was hot. From the moment I left my sleeping bag, I knew I was going to roast under the rays of the sun. Despite the heat, the longest dry section of my day was only seven miles (this is short in the desert). With only a light pack and 5,000 feet of elevation to gain I set off into the sun.

The incredible thing about the PCT is how dynamic the environment is surrounding the trail. In as little as an hour, the scenery of the trail can be drastically different. From my desert oasis in the morning to the burning desert floor by noon, through burn zones in the afternoon, and back up to a coniferous forest by evening—all in one day.

After a good night’s rest under the stars, it was time to get back to the grind. (I should note, I’ve been on the trail for 15 days and I have yet to set up my tent. I’m hoping to keep it that way for a while!) My legs felt good and I was cruising all morning. After leap-frogging with hiking buddies Moana, a French-Canadian dude hiking in a skirt, and Jono, an Aussie who biked to the PCT from Patagonia, we all decided to hike into town that night. My relaxed, 16-mile day turned into a marathon, Literally.

I was out of snacks, so I opted for instant mashed potatoes and bacon bits to sustain the last ten miles of hiking. Three hours later, not only had I passed the ten percent marker on the trail, but I had also reached the trailhead to find a cooler full of homemade cookies and fruit.

Since it’s Memorial Day Weekend in Big Bear Lake, we weren’t too sure where to sleep. Sure enough, a trail angel posted their phone number and was there to pick us up ten minutes later. The best news of the day—there was a hot dinner on the table waiting for us. We walked into Mountain Top Mockey and ZZ’s house and were welcomed like members of their family. We were fed and then ushered off to the showers and given clean clothes to sleep in while they did our laundry.

All of this led me to my first zero day on trail. It was so strange waking up and having nowhere to be. Breakfast wasn’t until 9 a.m., but my body is programmed to wake with the sun. After going face first in a pile of eggs, sausage, and pancakes it was off to the grocery store. The rest of the day was spent relaxing, recovering, and eating.

The stoke level is rising to get back on the trail. My body is feeling good and I’m slowly becoming a hiking machine. Hitting the trail again tomorrow and I couldn’t be more excited.