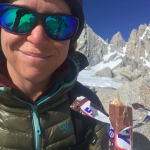 “Have you ever been on a long hike before?” my host asked as we made our way toward Campo. Four other hikers rode in the seats behind me—two young married couples. I was the only solo hiker in our group.

“Yeah, I was supposed to meet up with someone but my start date got delayed. She stayed with you guys, actually. Heather Porter.”

I felt a twinge of completely unearned pride. As if I could say, Hey, she’s cool and I KNOW her. That makes ME cool, too!

“Yep. When you’ve been doing this as long as I have, you get good at knowing who’s gonna make it or not. That young lady will definitely make it.”

There was a lull in the conversation that unsettled me, and a rock formed in the pit of my stomach. I realized I was waiting for him to say something similar about me, that he thought I’d make it to Canada, too.

That rock in my stomach was my pride, fallen from its perch in my chest to the depth of my core. My soft, puffy, Christmas cookie-laden core.

I knew my pack was too heavy and that I wasn’t exactly in prime physical condition, but I’d planned to ease myself into it. Wasn’t that the best way?

The Weight of Pride 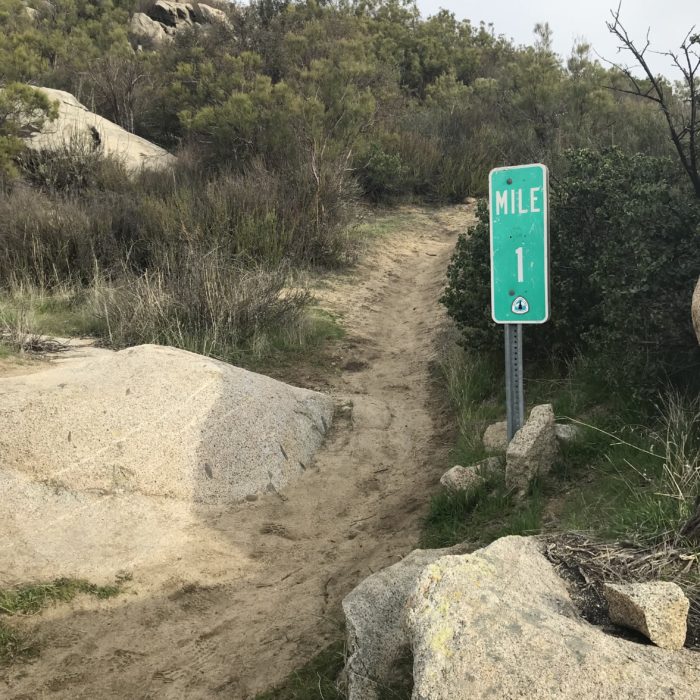 I don’t know why, but for some reason, this stranger’s silent assessment of me (all in my own head, mind you) was soul-crushing. I felt ill.

Then, I got angry.

They’re wrong, I thought. And I’ll prove it!

We arrived at the Mexican border, posed for photos by the monument, and set off. I was so distracted by our conversation in the car that I didn’t even take time to savor the moment. I just plowed ahead.

Rather than ease into it on my first day, I crushed 15 miles right alongside those two young couples. I only took breaks when they did and tried to breathe quietly so they wouldn’t know how hard I was working to keep up. When hot spots started stabbing my feet, I said nothing and kept hiking. I was so exhausted by the time we reached camp I could barely think straight, completely missing the poison oak that brushed against my thigh when I squatted to pee.

After that initial push, common sense told me to take it easier, but I couldn’t. I identified other hikers who seemed my age or younger, and I determined to keep up with them.

As the days progressed, so did my poison oak. All the sweat and friction from hiking was causing it to creep up my thigh and toward “unmentionable” areas, so I hitched into Julian to seek medical attention. With a round of antibiotics, Benadryl, and prescription steroid cream, I got right back on trail. 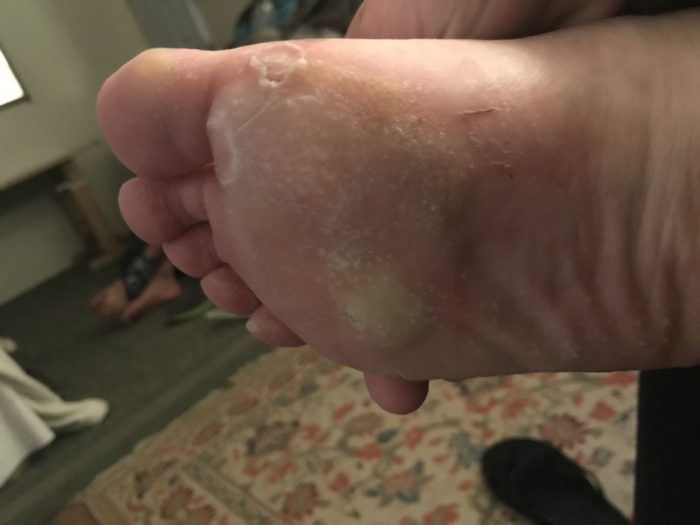 The fun didn’t stop there. I somehow managed to pick up two stalkers during my first week. I stuck with groups and hiked faster, eventually getting clear of both of them, but my feet paid for it dearly.

Despite years of running in shoes with arch support, I took the advice of the all-knowing internet and bought some zero-drop trail runners for my hike. The resulting blisters and plantar fasciitis were excruciating, but I kept hiking, convinced the problem was me and not my shoes. I just needed to toughen up!

Too often, I was limping into the next stop, politely declining help from other hikers, and sobbing silently in my tent at night. After 500 miles of this, I couldn’t walk anymore. Other hikers literally stepped back in shock when they saw my feet. I had to take four days off to heal and find new shoes.

Then came the sickness—a mystery infection that three separate ER visits couldn’t cure. Antibiotics only masked the symptoms for a time before I became sick again. By this point, I’d found better shoes and was actually starting to enjoy my hike, and I’d found an amazing trail family to boot! I couldn’t stop now! 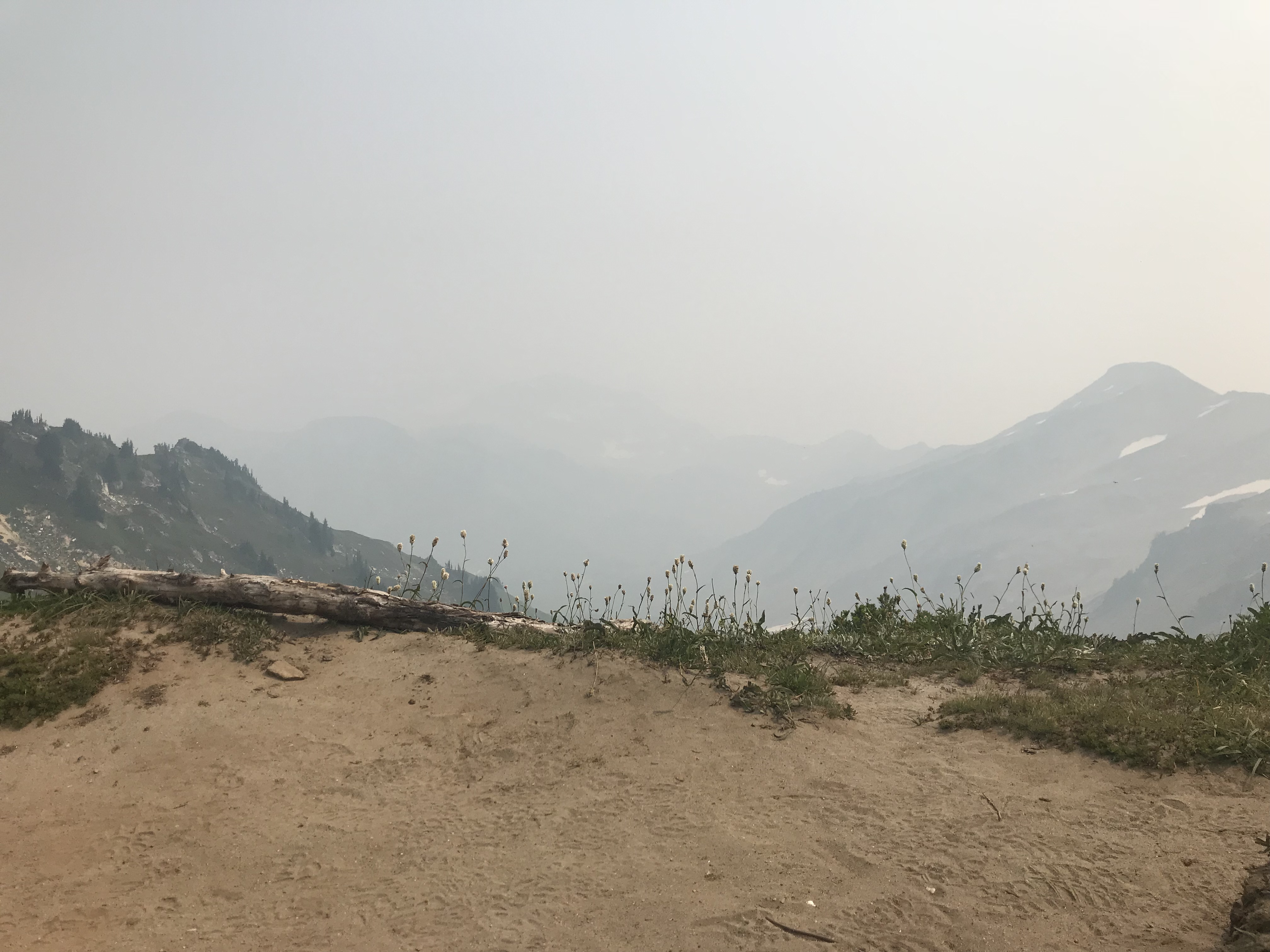 At the top of Sonora Pass, I got a voicemail from the last hospital I’d visited in Mammoth Lakes. My results had come back from the lab. My mystery illness could be damaging my kidneys and I needed to stop hiking and see a specialist immediately.

This news didn’t concern me as much as it should have. We’d just completed the Sierra section and as far as I was concerned, it was all downhill from there.

“It’s OK,” I told my friends. “I’ll get this straightened out and be back in a week!”

Not once during this time did I consider quitting.

After a cross-country train ride and six weeks under a doctor’s care, I was back on trail and ready to rock and roll. I got on at Stevens Pass so I could meet up with my trail family in Stehekin and hike Washington before the weather turned.

I was ecstatic to be back on trail. It felt like coming home. After a few days of hiking in almost complete solitude, though, it began to feel strange. Washington is incredibly quiet in the mountains. There was no bird song, no leaves rustling in the wind, and I barely saw a soul for several days at a time. In the desert and even the Sierra, I’d been surrounded by people all the time. Now I was camping alone, my heart pounding as I listened for bears in the dark.

Then the air started to get thick with smoke. I’d known there were fires, but I thought they were far away. When ash started falling from the sky, I knew I was in trouble. I reached the junction to Cloudy Pass and found a fire hazard sign stretched across the trail. My path to Canada was closed.

My nerves had been frayed by the solitude, watching for bears and cougars, and listening for the roar of an oncoming forest fire. I still had 1,300 miles to complete in order to finish, but it was already late August and my bank account was perilously low. Would I have enough time and money to jump around fires and snow to hike all my unfinished miles? Could I even call myself a thru-hiker with all that skipping around?

I coughed again and drank more water. My throat and lungs were burning. I needed to get away from all this smoke.

In the “Front Country,” my voice was my career, and right then I sounded like a chain smoker. Was all this worth it if I ended up sacrificing my dream job?

Standing in front of that fire closure sign, I knew the answer to all these questions was no.

My hike was officially over.

The Price of Pride 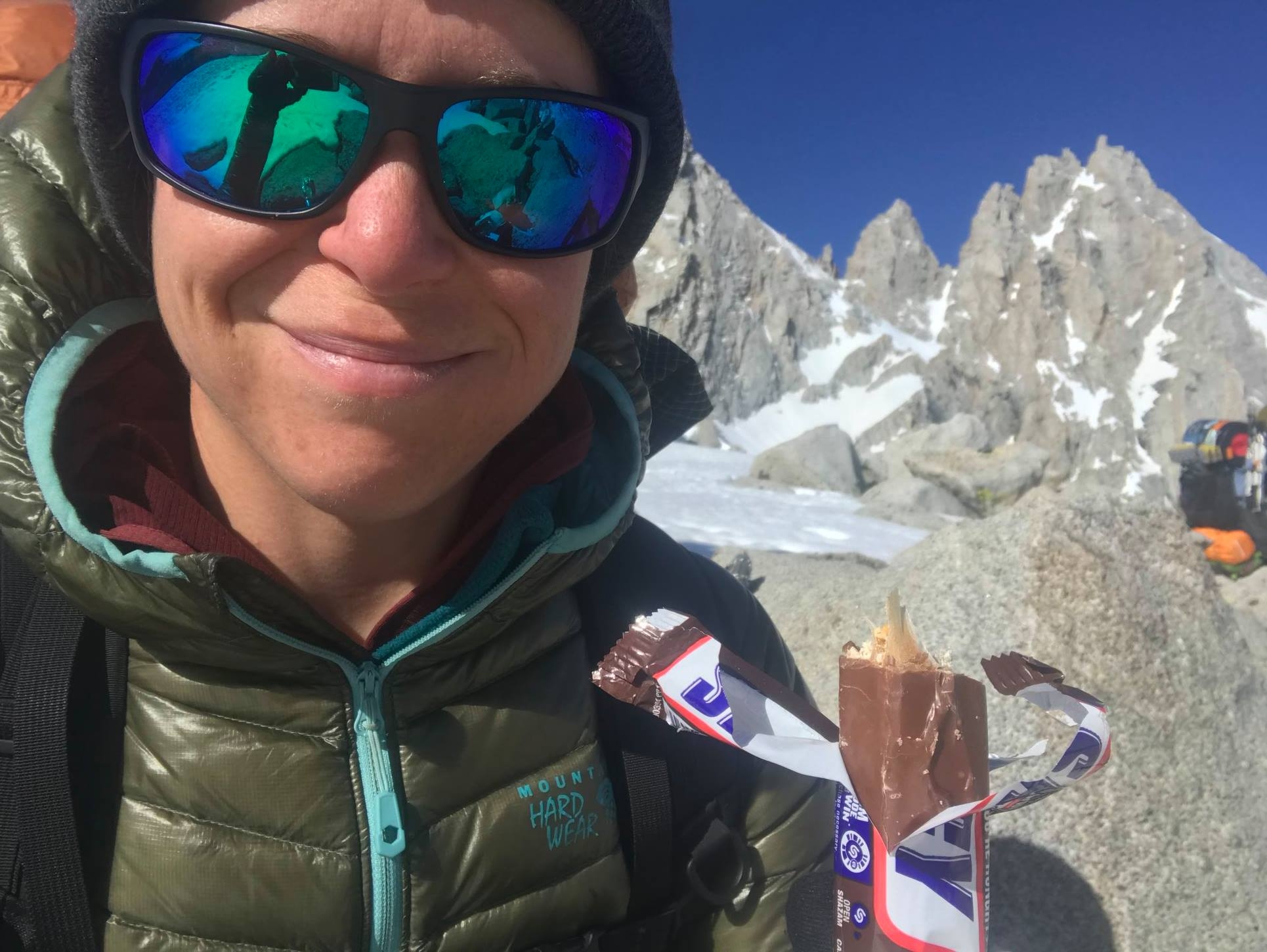 What I will say is that despite all these things, I had the best time of my life and I will absolutely be going back to the PCT to try again.

What’s equally important for you to know, dear reader, is that I DO NOT blame anyone, especially my wonderfully gracious trail angel host, for how my hike turned out. My SELF-injured pride pushed me to make irresponsible decisions, and that’s 100% on me.

I’ll be back to hike the PCT. I don’t know when, but soon. And maybe, just maybe, I’ve learned enough from my mistakes that I’ll make it all the way to Canada.

I'm a long-distance hiker, an audiobook producer, and an amateur writer. I live in the woods in a renovated 1972 Airstream with my Golden Retriever Zoe.